The Lights of Chartres, France 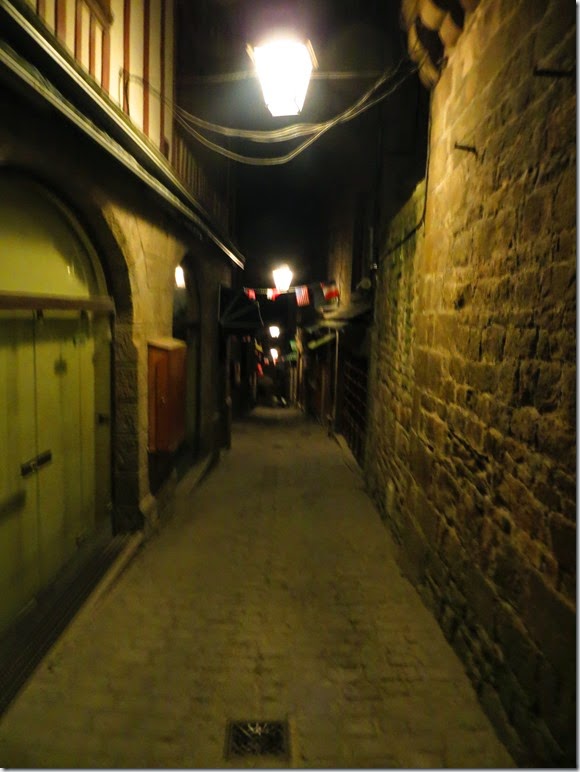 Very early morning on Le Mont Saint-Michel after a good night’s rest. Two years ago when we were here before, we walked up this same street at this same time. 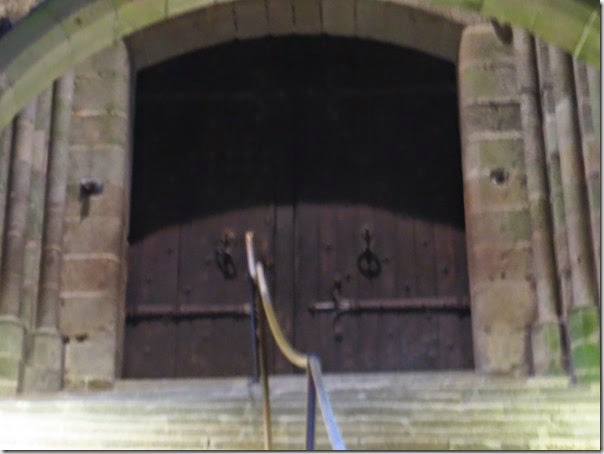 Our destination was the doors of the Abbey which open at 6:50 to admit those who arise this early to sit in on the morning Laudes Service. There was also a small group of early risers who were part of the Rick Steves tour who had spent the night on the Mont who also attended the service. We found it just as impressive as the previous time, though this time they rang the bell before we entered the Abbey and last time they rang it during the service. 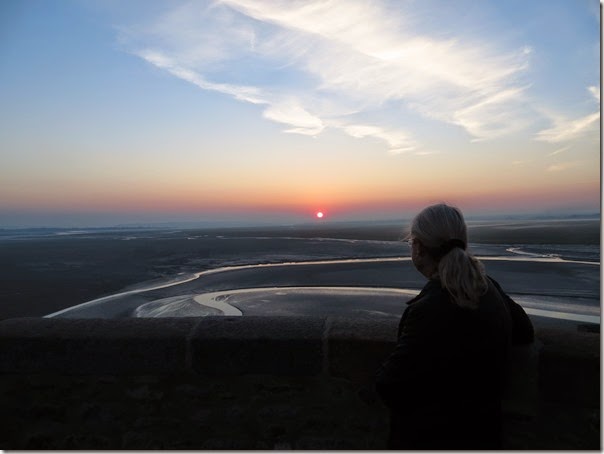 Another bonus of getting up that early was we got to watch the sunrise from the ramparts after the service was over. Some things you simply can not put a price on. This is truly one of them. Many people come to Mont Saint-Michel and see things, the lucky few experience the Mont. Bob and Linda, two of the few. 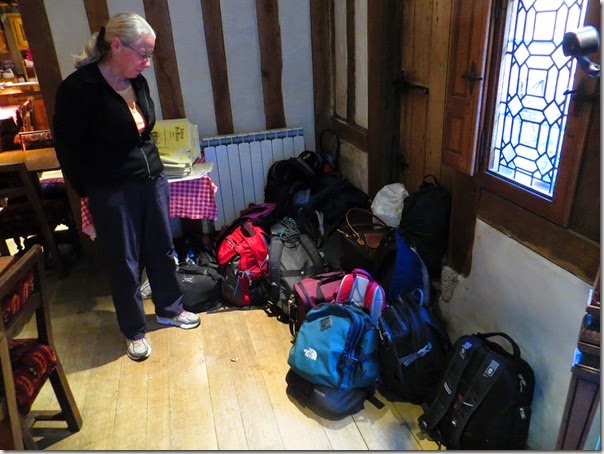 The luggage of the Rick Steves tour group in the breakfast room of the hotel we were staying at. The breakfast was just as unmemorable as we remembered it from our tour. The small bakery up the street would have been a far better and much less expensive choice. Twice burnt, once learnt. But it just proved we were real Americans, convenience over quality is the American way. We won’t make this mistake again and yes there is likely another visit in our future. 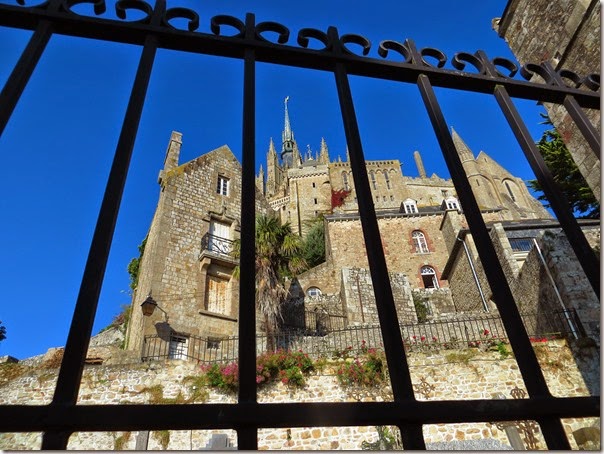 One of the great things about visiting Mont Saint-Michel is walking around all the little walkways that lead up, down and around. It is an ever changing world of wonderful views. 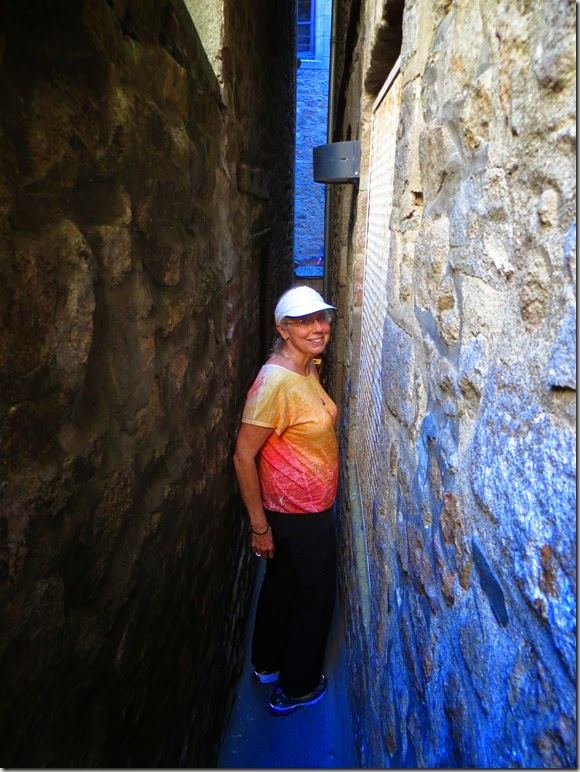 Some passages are so narrow only a slim, trim woman can fit through them. 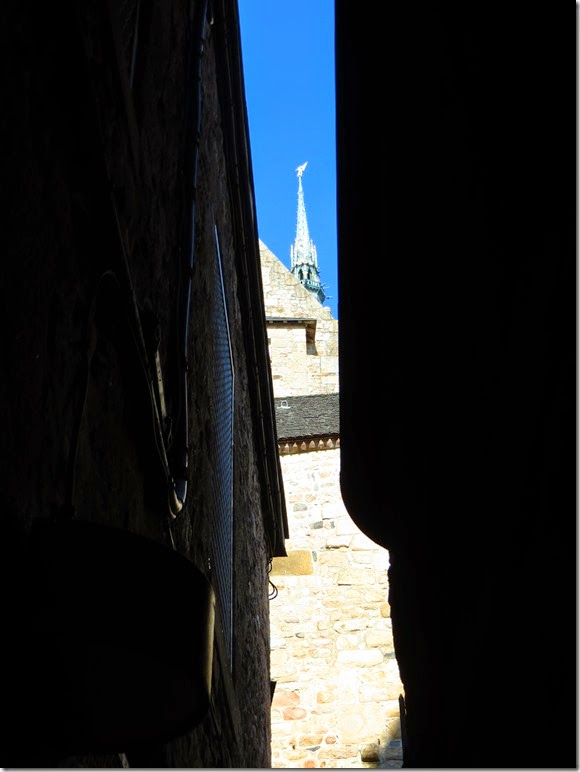 Looking upward from that narrow passage the tower atop the abbey can be seen. 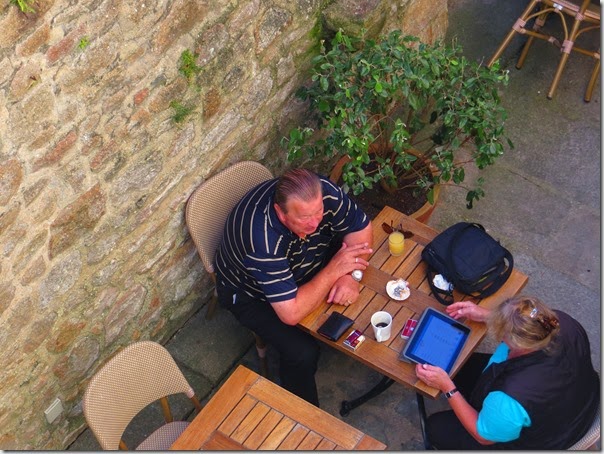 If you ever wondered what tour bus drivers do when the tour group is off seeing the sights, here is the answer. They enjoy themselves living the Good Life in a little hidden nook on Le Mont. Math and Annie, may you be lucky enough to have them as your drivers should you take a Rick Steves tour of France. 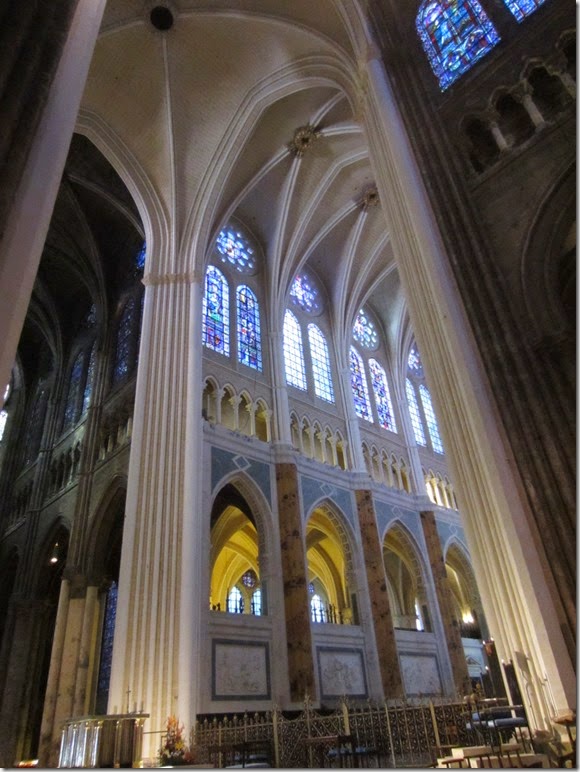 But we are not on a tour, so we get to pick and choose where we go, and our next stop was the town of Chartres and its magnificent cathedral. This was a return trip for us though a first time for John and Judy, so we didn’t take much in the way of photos. This time it was used our eyes to take in the beauty of the cathedral. 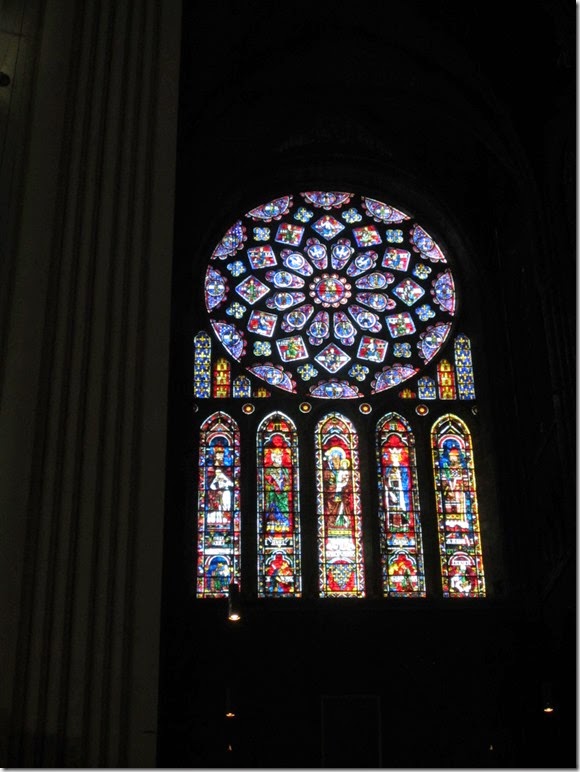 No way do photos do justice to to the stained glass windows. 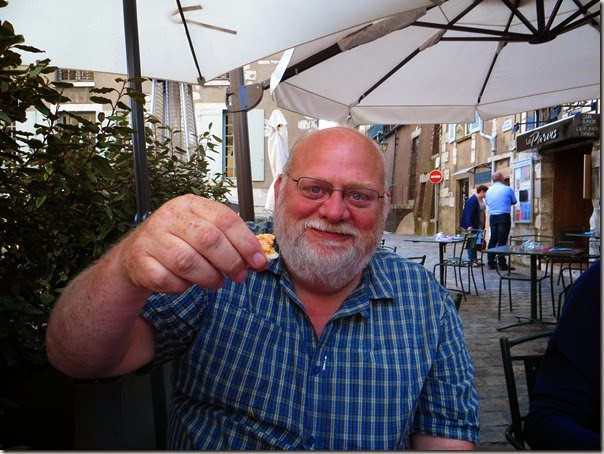 Speaking of doing justice, the restaurant we picked, tucked in near the corner of the cathedral, served the best meal we have had since leaving Germany. Most of the food was gone so quickly we didn’t have time to take photos. John was nice enough to pause for a second so I could take this photo of the last of the appetizers. 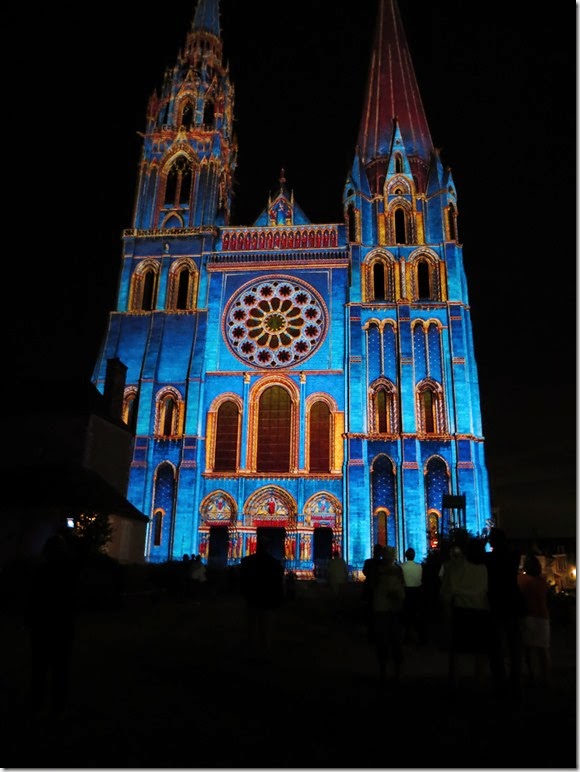 This, however, was the real reason we were back in Chartres, the light show or as they call it, Chartres en lumieres. 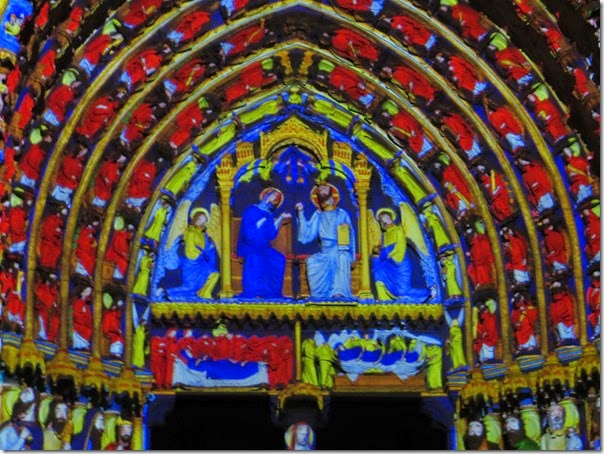 At night several dozen buildings and other structures around town come to life with the use of lights. On the cathedral the dull gray stone becomes a riot of color. It is something that you truly have to experience to believe. To modify the quaint saying of Crocodile Dundee, the so called light shows at Disneyland and Las Vegas aren’t light shows, THIS is a light show. America, the world’s cultural armpit. 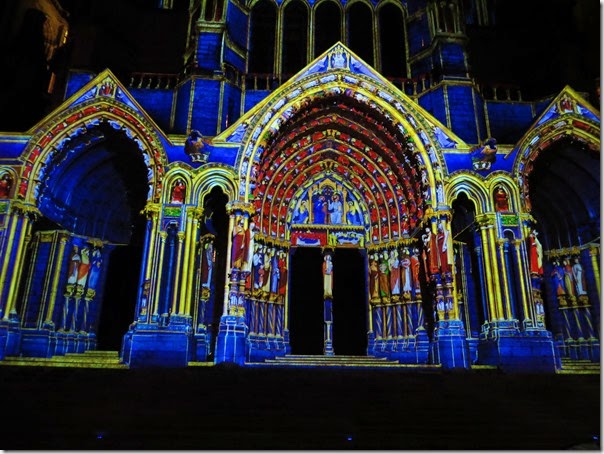