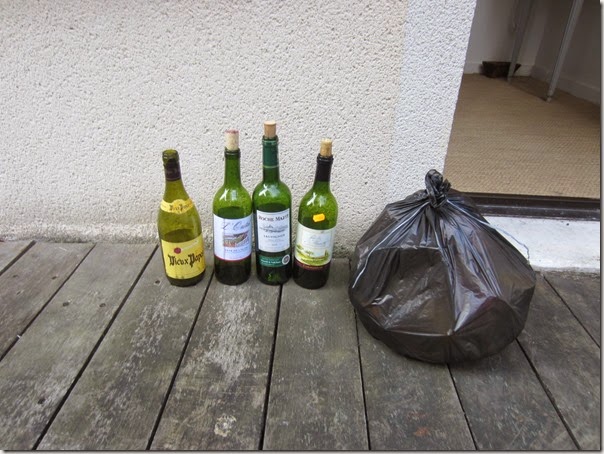 Time to take the trash out this morning. As you might guess, we still haven’t found that elusive bottle of wine we would buy again, but searching for it has been fun. 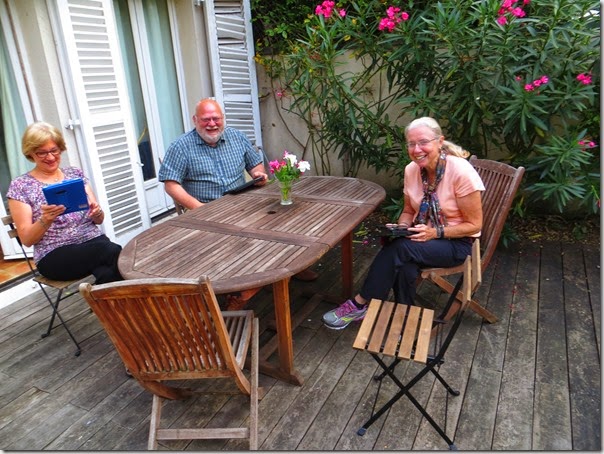 The reaction to my latest thump in the morning story. There is this beam that extends out from the ceiling on my side of the bed. Every morning I bang my head on it. This morning I managed to avoid it, at least until I reached for my pants, then remembered I needed to check one of the pockets and promptly raised up, cracking my head on the beam. Banged up Bob. 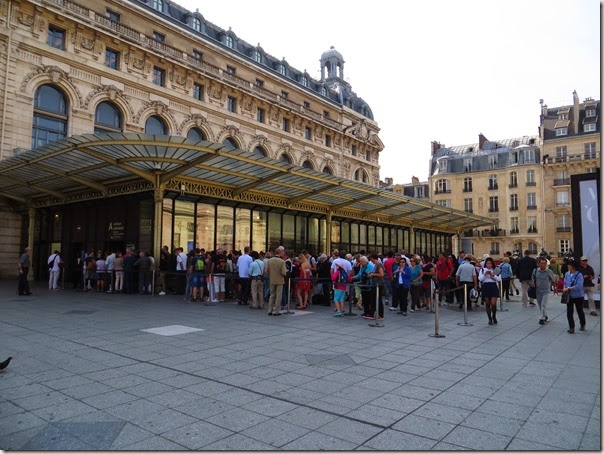 Off to Musée d’Orsay this morning to get our French Impressionist fix. The line was far longer than the airport security lines. However it was of no consequence for us as we had bought our tickets on Saturday as a combo with the Musée de l'Orangerie, and so breezed right in through another entrance. 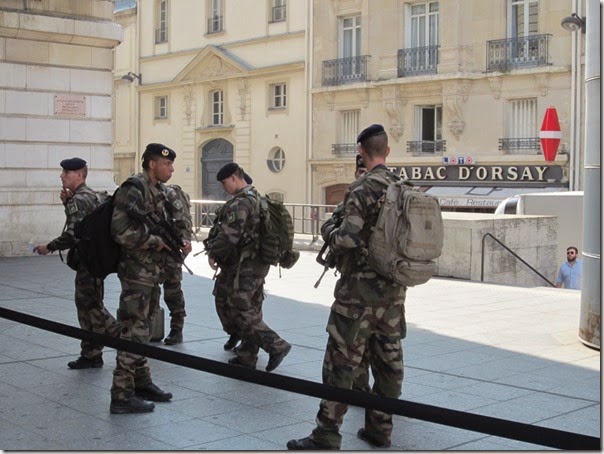 French troops outside the gate we used to enter the museum. 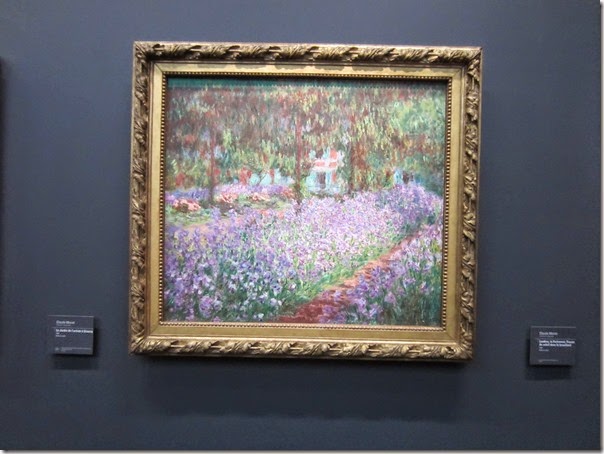 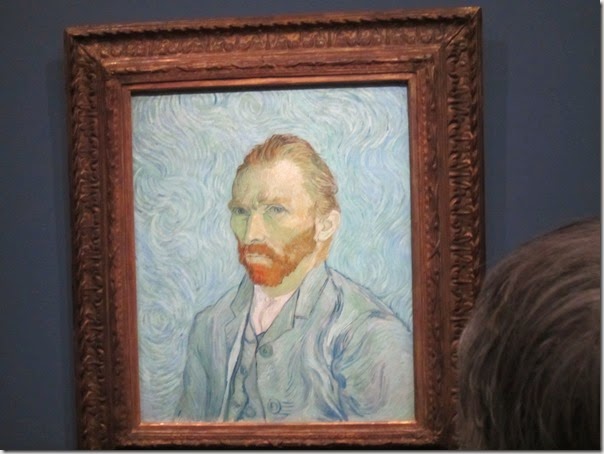 Monet is number one and this, who at the time he painted himself may or may not have had both ears as one can’t tell from the painting, is Linda’s number two. My number one is and always has been Monet. I had enough of his paintings hanging in our bedroom at our house that Linda probably got confused at times whether she was in our bedroom or Monet’s. What can I say, I like what I like. I have no number two as I enjoy the works of a large number of artists who range from the 14th thru the 20th century but do not include any of the modern style artists. To me it tells a tale when art critics panned Monet for years but loved Picasso from the start. Or to put it the Bob way, worthless minds love worthless art. But that is the great conundrum, who determines what is worthless and what is not? Post script: No photos were allowed in the museum so I found none on my camera. 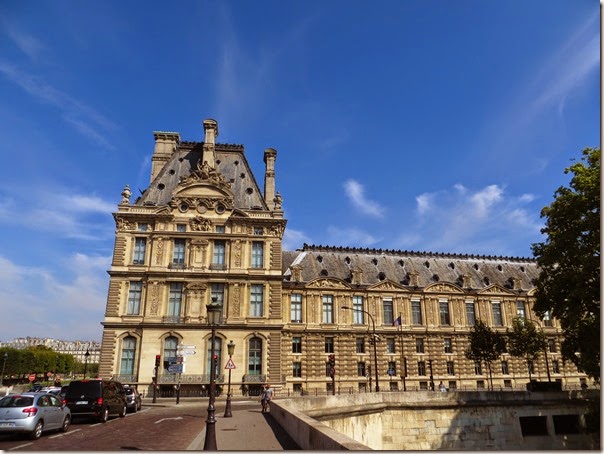 Every one always takes a photo of the Louvre that includes the glass pyramid. Here is the extreme southwest corner. This side is over 2300 feet long. The Mona Lisa, where 10% of the population of Japan congregates everyday to view Da Vinci’s masterpiece, is inside. We have visited the Louvre several times over the years. We did not need to go back today. 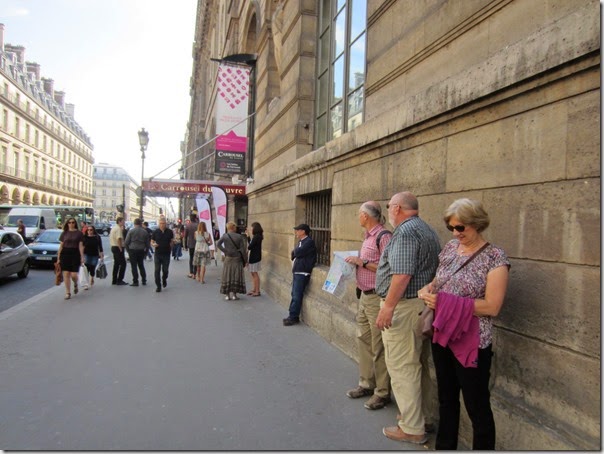 I knew there was a Metro station down the street somewhere, but exactly where was the question. Sheepishly I have to admit that my first foray to a Metro station at this location was in the opposite direction, having seen a big “M” sign. Unfortunately as we neared the location Linda pointed out the word McCafé below the “M”. However, I look at it this way, no less famous a person than Christopher Columbus got lost sailing to Asia in 1492. That puts me in good company. 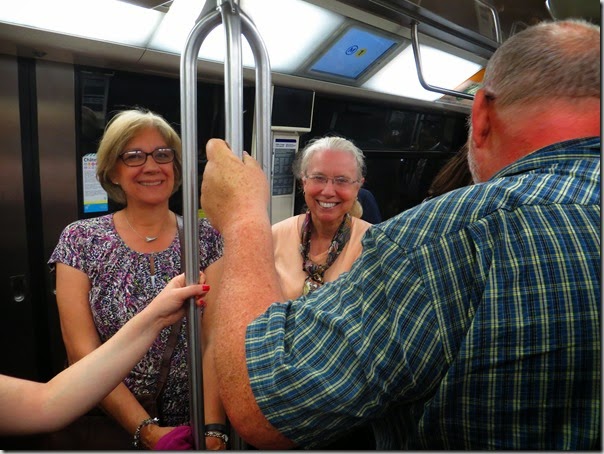 Three on a post. These people are true metro riders. But at least they get to hang on. The person Linda ordered to take the picture had to balance himself while taking the photo. Wonder if this was a way to do me in? But it was to no avail as I was to too agile, athletic and handsome (a pretty young Parisian woman kept me from losing my balance) for Linda’s nefarious plan to succeed. 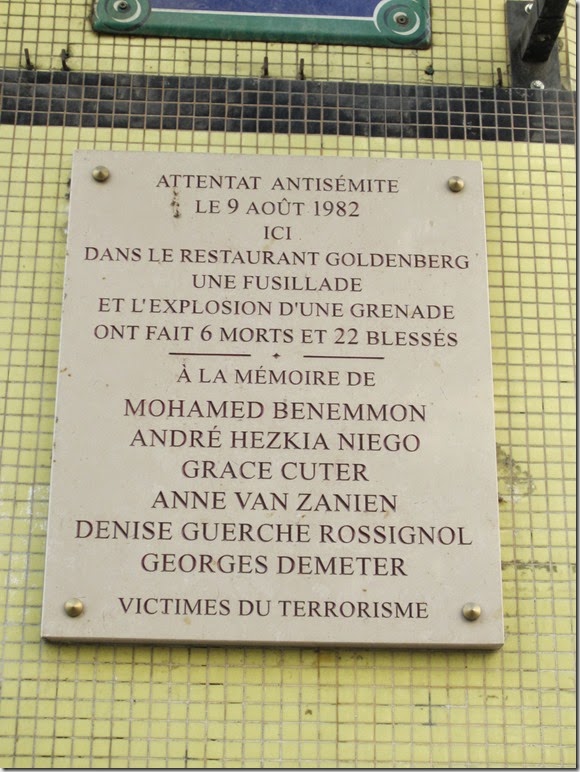 Sign on a building in the Jewish quarter of Paris. In 1982 a machine gun and grenade attack killed six people in the restaurant housed here. Two of the victims were Americans. It is sad that people can hate another religion to this point. Not to trivialize, but if some religion’s god, gods, holy writings or the interpretation of them can judge a person, sentence them to death and/or send them to hell for eternity, maybe men making the same kind if judgments and offering their own punishments are just being copycats. 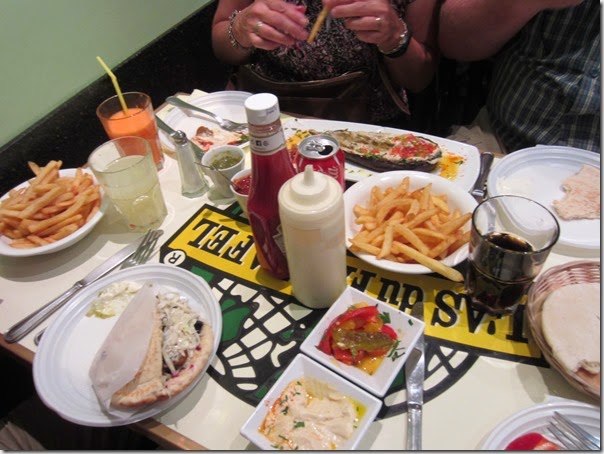 Back to where we had our falafels on Sunday. This time we ate in. We never eat at the same place twice. Well, almost never. Overstuffed Bob. 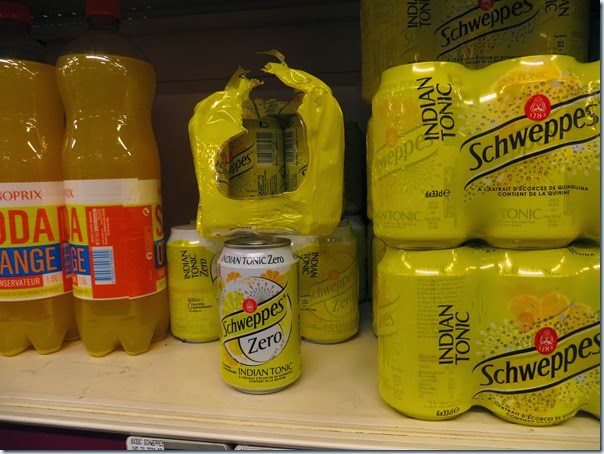 Our experience of once again living like a Parisian is fast coming to a close. But that is okay because it is far better to have done it and look back on it than to think of maybe doing it someday, then never doing it, which is what the majority of people do.