Out and About in Normandy 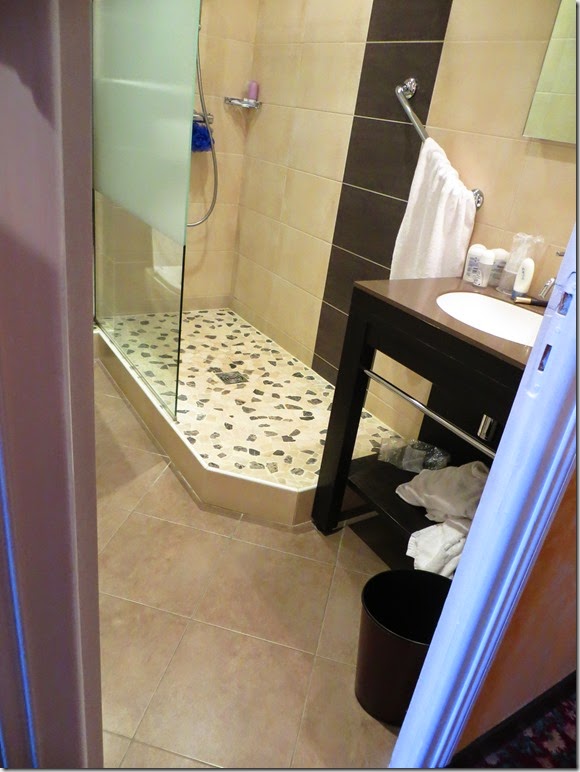 Yesterday I mentioned the possibility of water on the floor when taking a shower. Little did I know when I wrote those words that I would do even better. To say the shower water control was hard to turn on and off is putting it mildly. Imagine me holding the hand wand with water spraying out of it, then trying to turn the unturnable handle to shut it off. As you might suspect, it was soon a case of the wand being pointed out the open end of the shower. However it wasn’t a case of water, water everywhere, as luck would have it, it was a case of water, water, water filling the trash can.

I just knew Linda would be happy at my lucky aim, and told her what happened. “It would have been easier to wipe it up off the floor,” was her response. Wonder what her response would be if I aimed the wand up over the top of the glass side when she was on the toilet? Something tells me I would die in the ensuing nuclear holocaust. 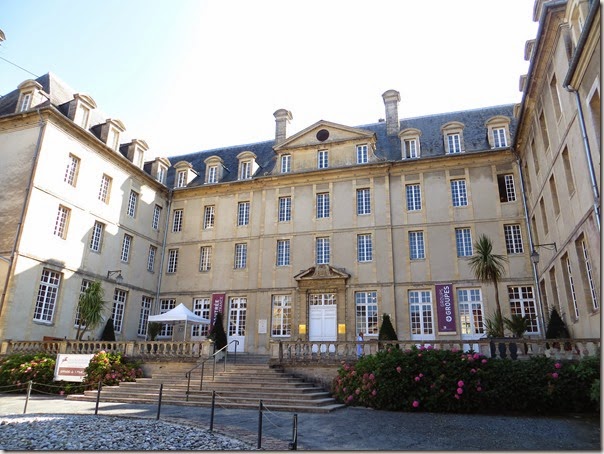 If you have ever been to the Bayeux Tapestry museum this is very familiar. We were here several years ago and it was on our list of must return to places. 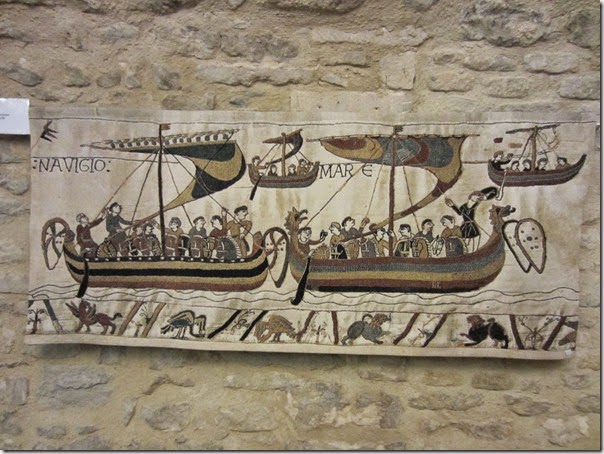 There is no way you can a photo of the tapestry itself, but they also have signs all over the other exhibits showing a camera with a slash through it, meaning no photos. A check of my camera would show no photos were taken on it. To a certain member of of family, who shall remain nameless, a no photos sign is in that person’s words, ”Like waving a red cape in front of a bull.” 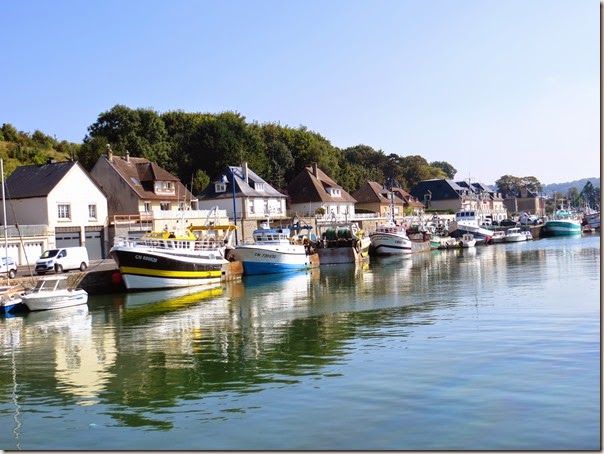 Another lunch at the coast. 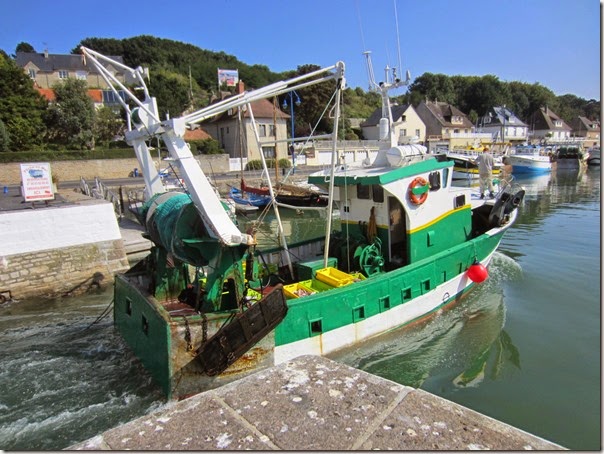 Fishing boat returning with its catch. 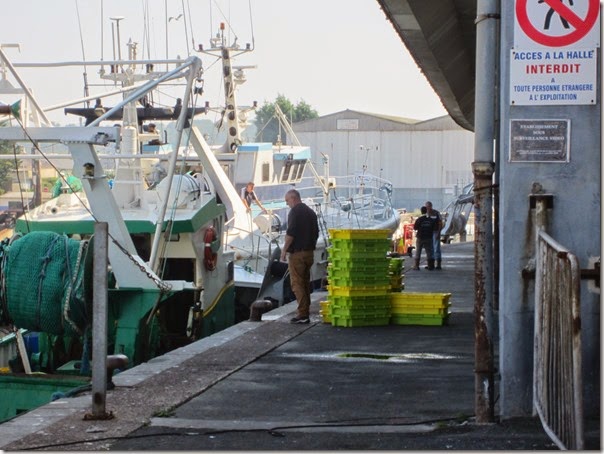 In the pantheon of what did you do on your trip to Europe, I wonder how many people can say they watched the tide gates close at the entrance to the commercial fishing boat basin in a small French coastal town. We can. As to whether that special or not, you’d have had to be here to judge that. It was for us. 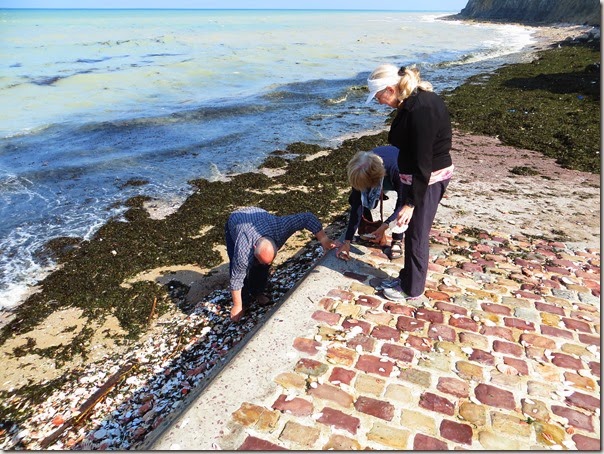 So just exactly what are these American tourists doing? Shells! That is what they want. Wonder what there luggage is going to smell like going back to the US? For that matter, I wonder what the customs officers will think as they approach the customs desk. Maybe – Do they have a dead body in their luggage? 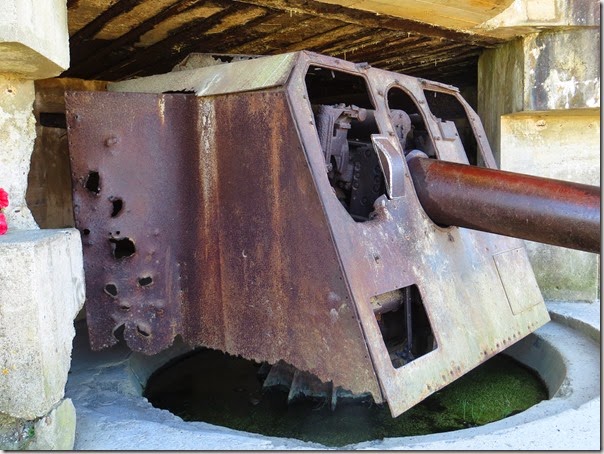 Artillery piece in a former German bunker. Likely there were former German artillerymen manning it once the shell exploded in it. Talk about perfect aim, this was it. 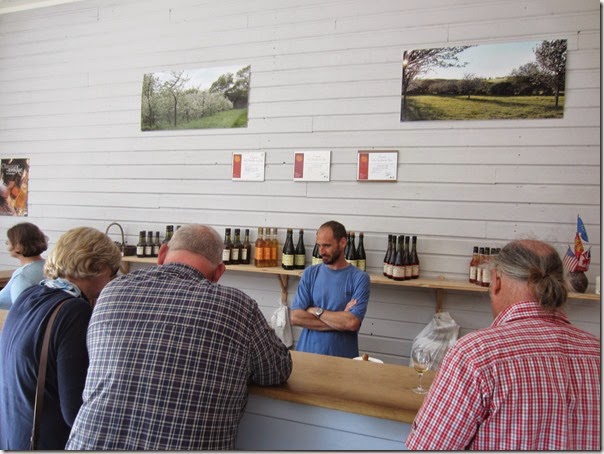 Calvados tasting. We learned what really good calvados was. 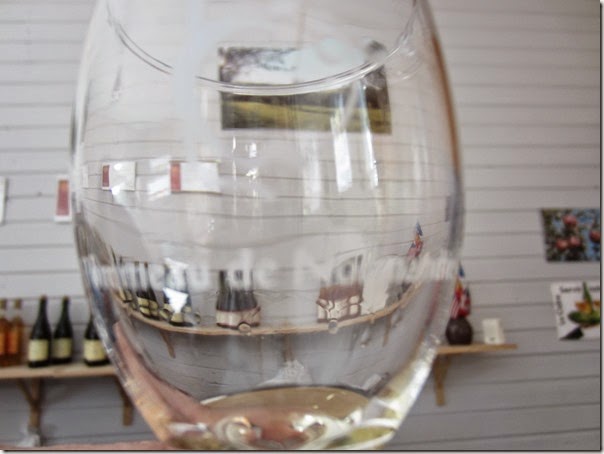 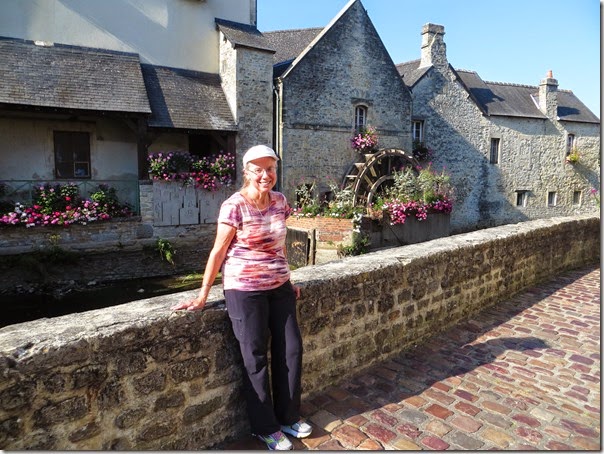 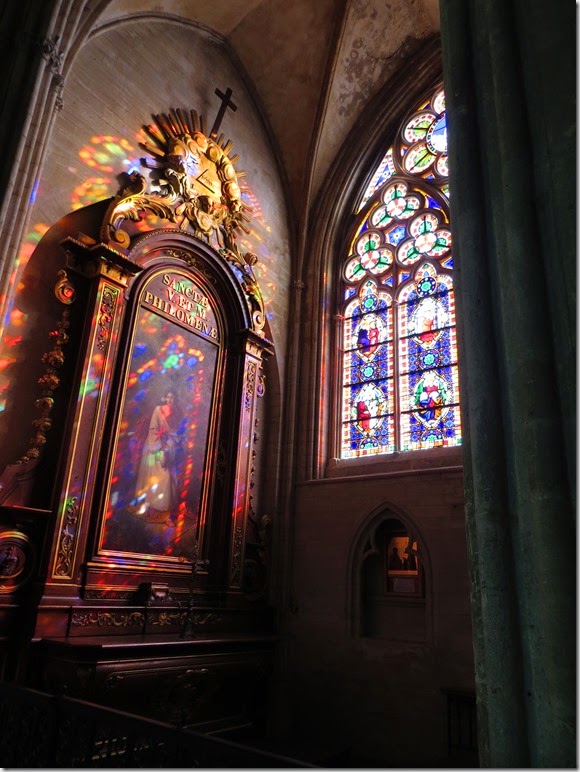 Bayeux Cathedral. The sun shining through the stained glass window caused an outline around the painting. This is about as awesome as it gets. 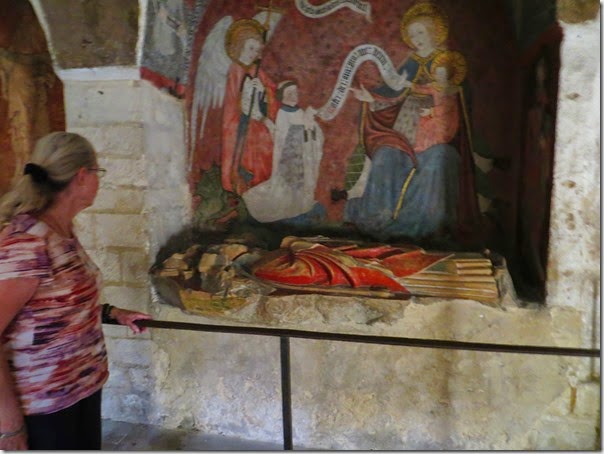 As I was walking around the cathedral I noticed Linda had disappeared. Then I came to the entrance to the dead guy crypt. Making my way down the dark spiral stairway I saw Linda in the dim light. Looks like she may have found another dead guy. 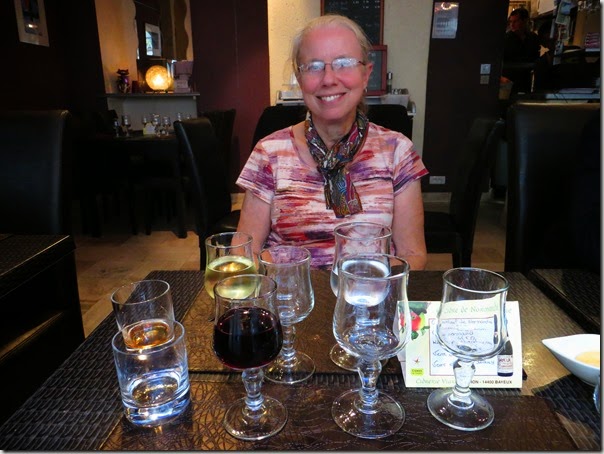 Dinner tonight was totally awesome. Or to put it in precise terms, beyond awesome. 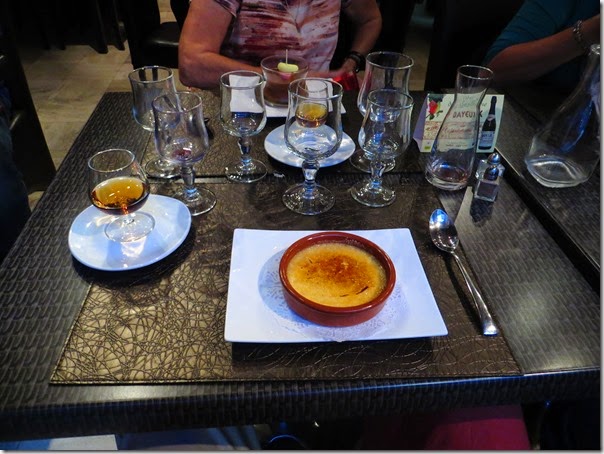 Skipping all the drinks and food, here is dessert. Life simply doesn’t get any better than this. Bob, Linda, John and Judy, four people having more fun than should be allowed.