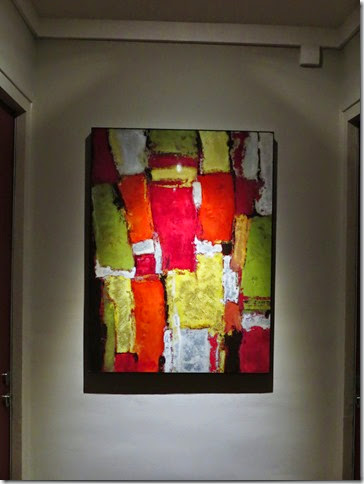 The only color we saw today in Chartres. But the memories of last night’s light show will last for a long time. 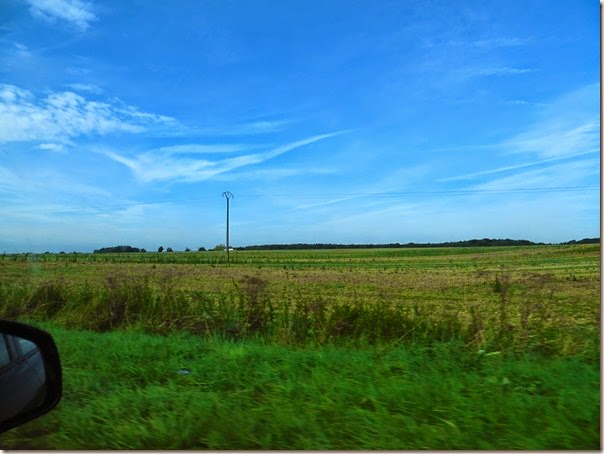 View out the window of the car during the ride to Amboise. This could be any one  of many places in the US. 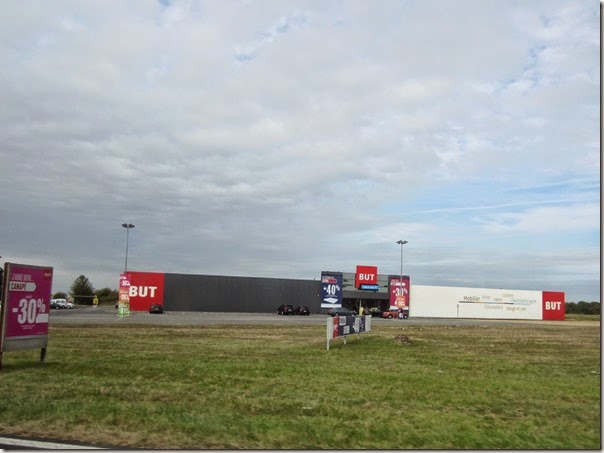 We drove by several of stores by this name and each time they were the butt of  jokes. Not sure what is they sell, but they obviously offer some large discounts on whatever it is. 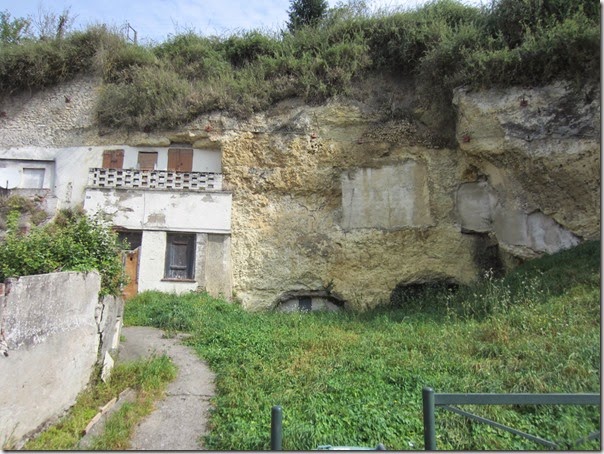 Homes cut into the cliff faces in Amboise. 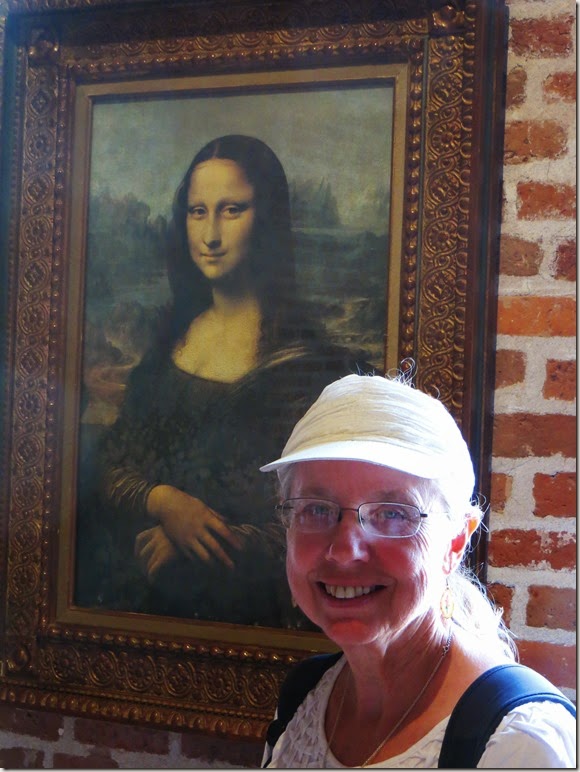 Two enigmatic women, but I’ll take the one in the foreground any day. I know I took this very same photo the last time we were here, here being the house where Leonardo da Vinci spent the last years of his life. 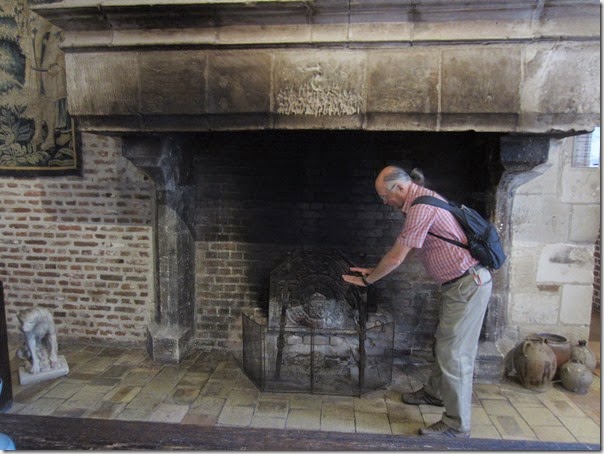 They say Da Vinci liked to spend time in the kitchen warming his hands at the fire, then as if a minor miracle had occurred, I discovered this photo of a great man on Linda’s camera. Delusional Bob. 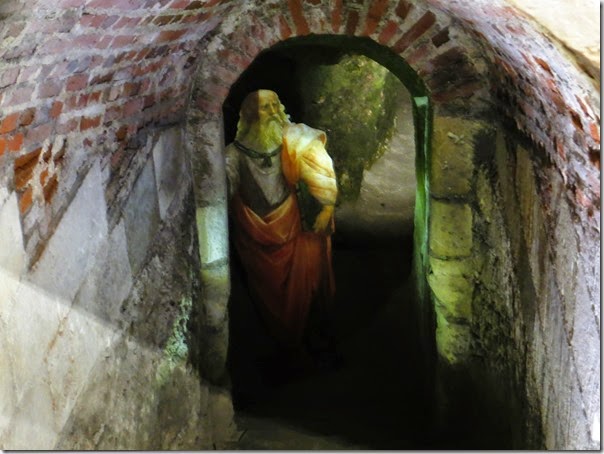 Just a few feet away we looked down a set of stairs and what did see? No it couldn’t be. and it it wasn’t. It turned out to nothing more than a life sized image. Bummer. 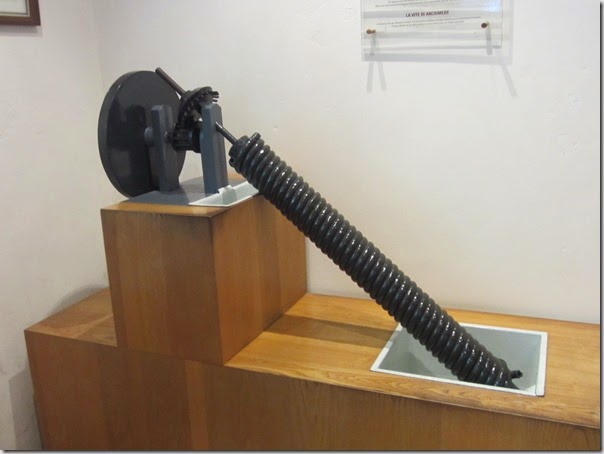 The Archimedes screw had been around for many years, but Da Vinci added a new twist to it. This was Linda’s favorite, but just barely. It is in a lower portion of the house along with models of many other of the devices that poured from the mind of the great man.

Linda was one very happy girl getting to actually use an Archimedes screw as modified by Da Vinci to pump water. Pumped-up Linda. 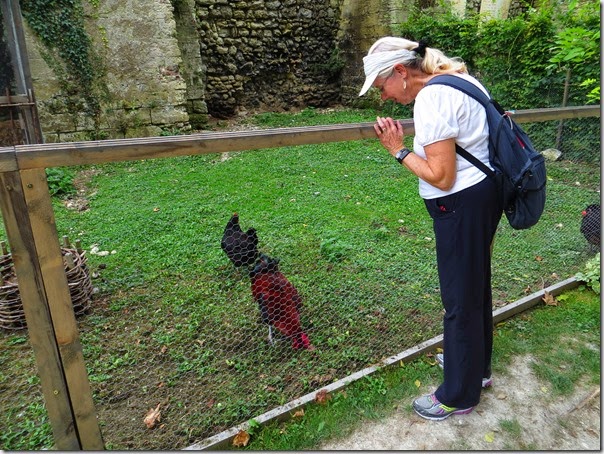 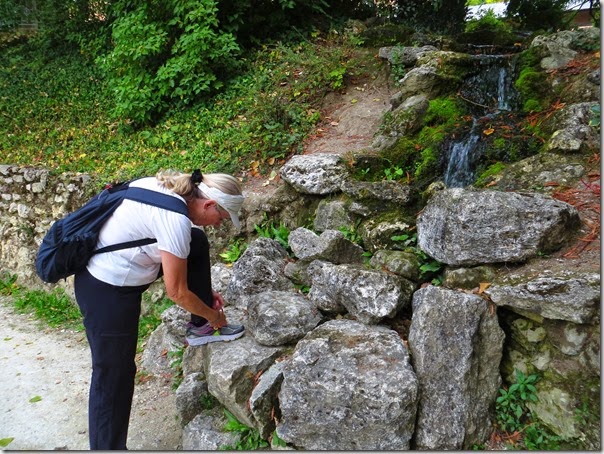 I have been very nice to Linda of late, not posting any footie photos. But when she stopped to retie her show at the foot of this small waterfall, the photo came out so nice I have to post it. 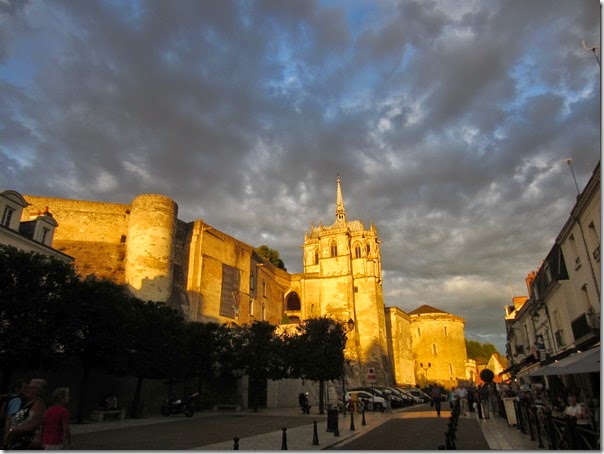 As we ate our dinner the light fell just right on the castle, and Linda was quick to capture it. 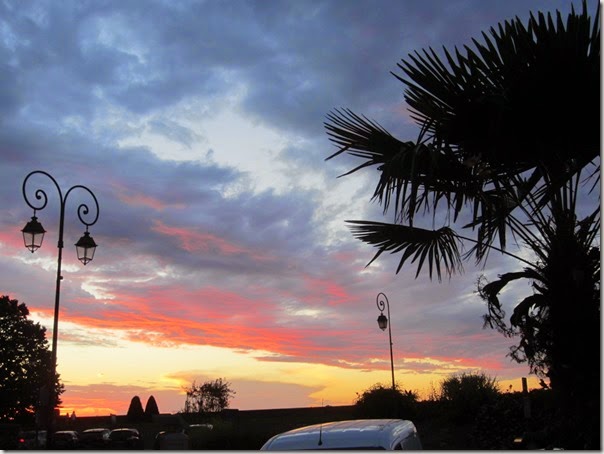 Sunset over the Loire. With the palm tree in the foreground it looks as if it could have been taken in Retama, and thus concludes another day.