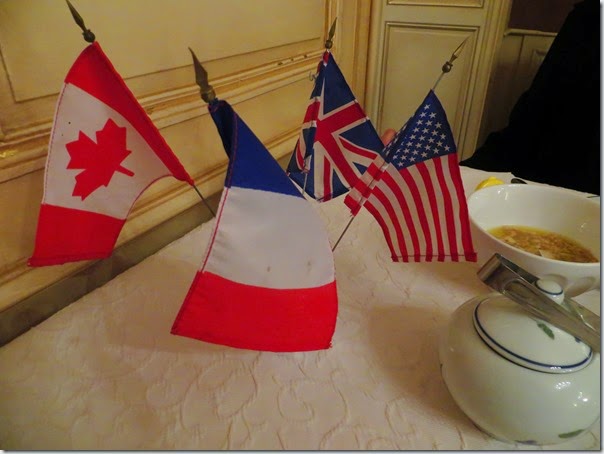 This year was the 70th anniversary of the D-Day landings. You see these four flags everywhere, including the breakfast table at our hotel. 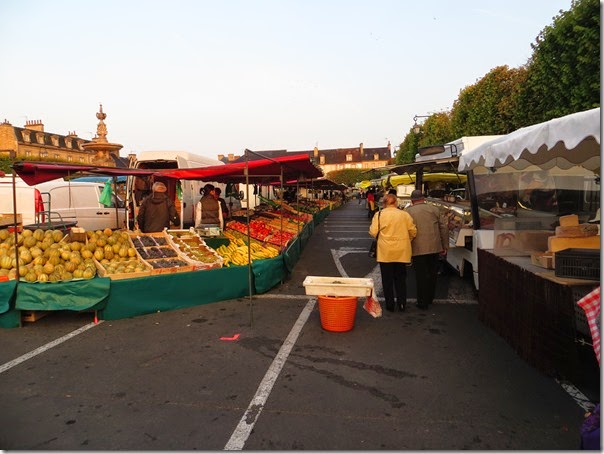 We were early birds this morning, walking across the street to see the Saturday market and discovering they were still setting up many of the booths. 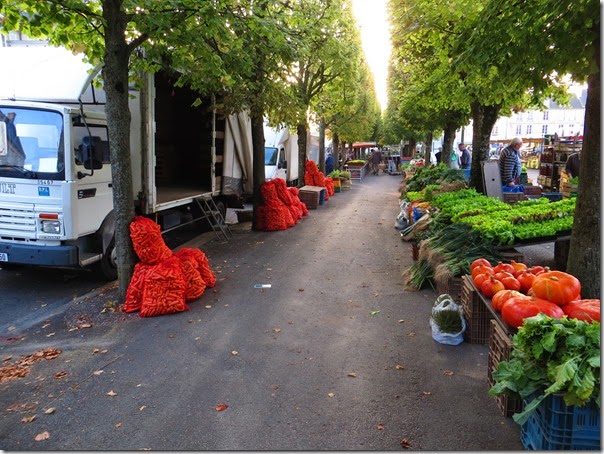 Carrots, bags and bags of carrots. And I forgot to mention it in yesterday’s post but among the many wonderful things I had for dinner last night were carrots that were almost as good as the ones in Scandinavia. 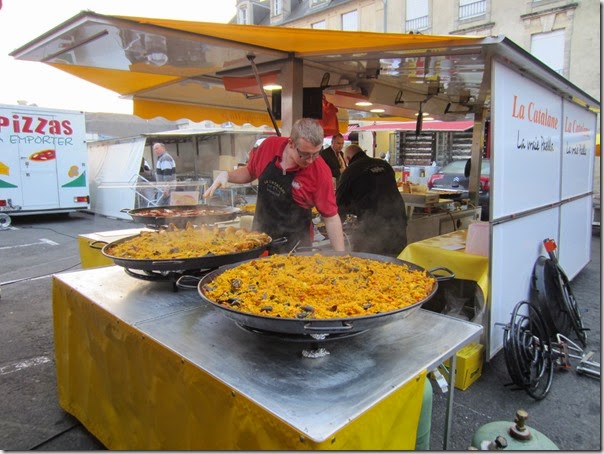 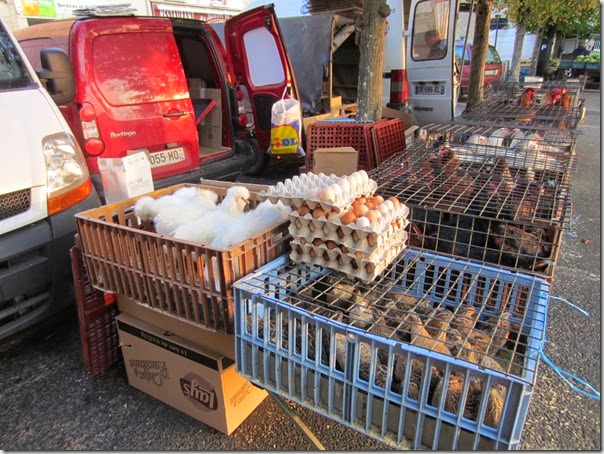 Poultry, I better not mention the “C” word or Linda will start crying again, as these are all destined to be something other than someone’s pet. 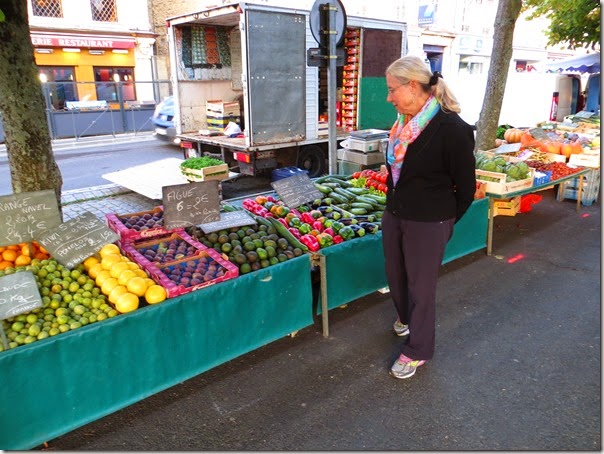 Lovely young French woman trying to decide what to purchase for tonight’s dinner. 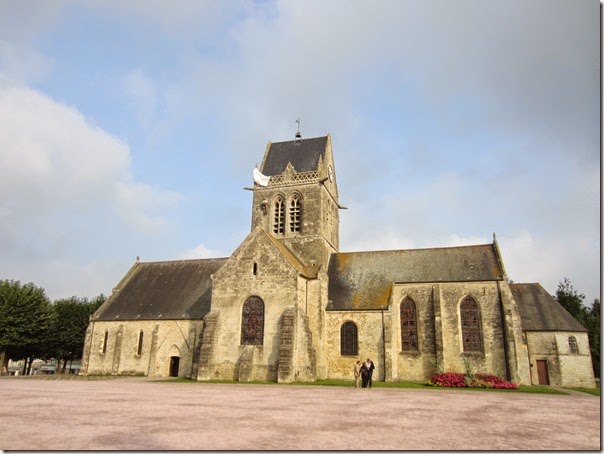 We were taking a private tour of the Normandy battlefields today, and the first stop was at the church where several paratroopers landed on the church. 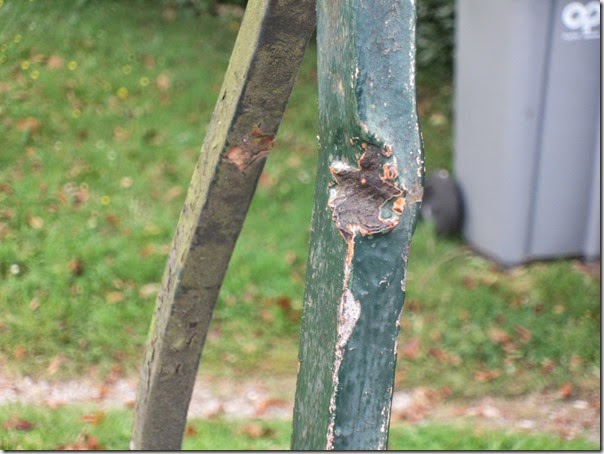 The metal railing across the street from the church bore the marks of the fighting that took place in the town. 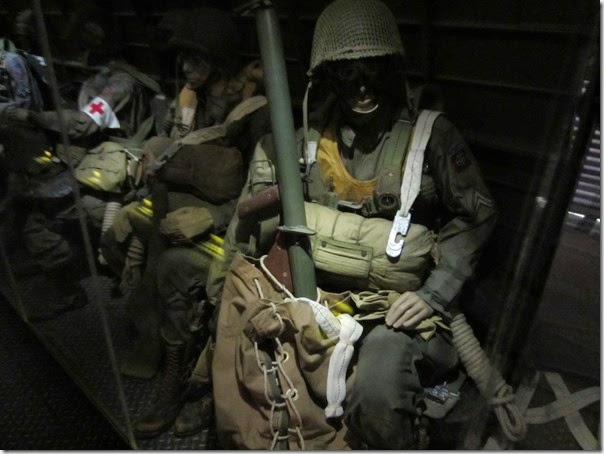 One of the museums we visited had a mockup of a C-47 that was carrying paratroopers. It is darkened with great sound effects, then you come to where the paratroopers jump from the plane and the floor is glass with a model of the town scaled as it would look if the plane were in the sky. I had to hesitate before stepping out, it was so realistic. 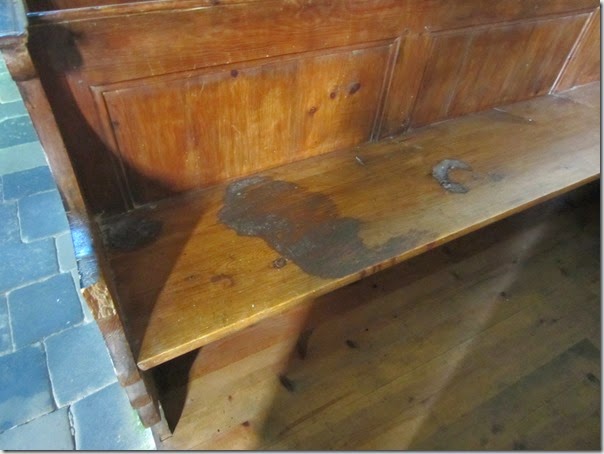 Blood stains on one of the  pews of a church that served as an aid station during the first few days of the fighting. 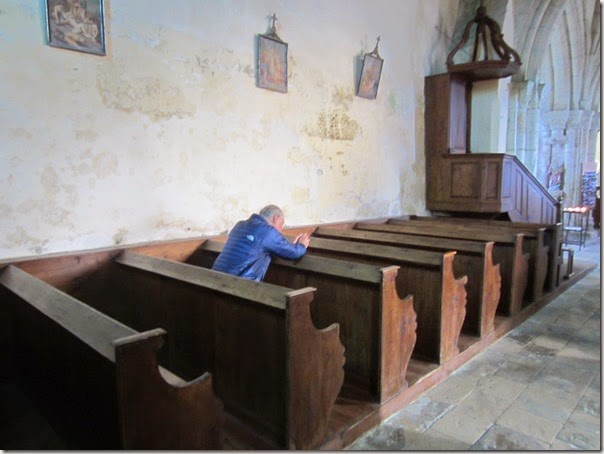 Sitting in pew beside one large blood stain, looking down on another blood stain in the pew in front of me. We had been here once before, yet I still found to be an extremely intense emotional experience. 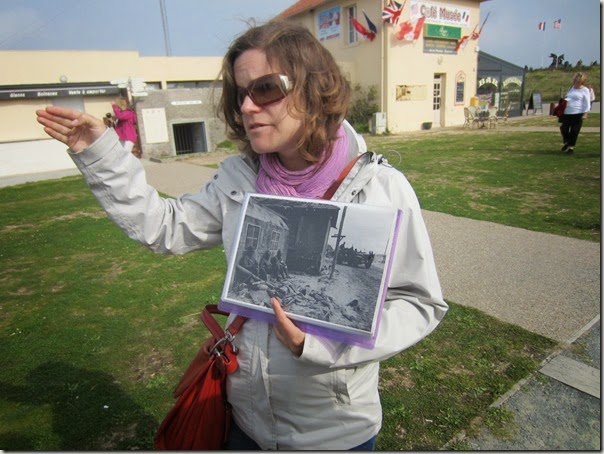 Eva, our guide, provided us with an absolutely wonderful experience. 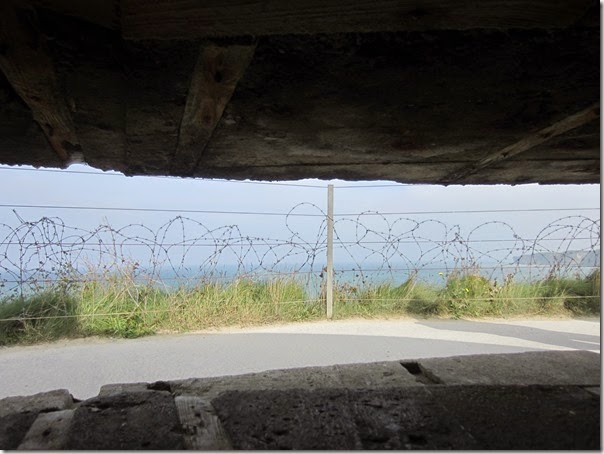 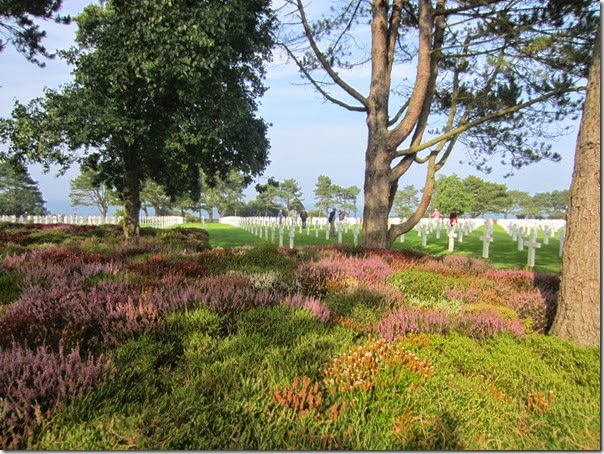 The American cemetery at Omaha Beach. 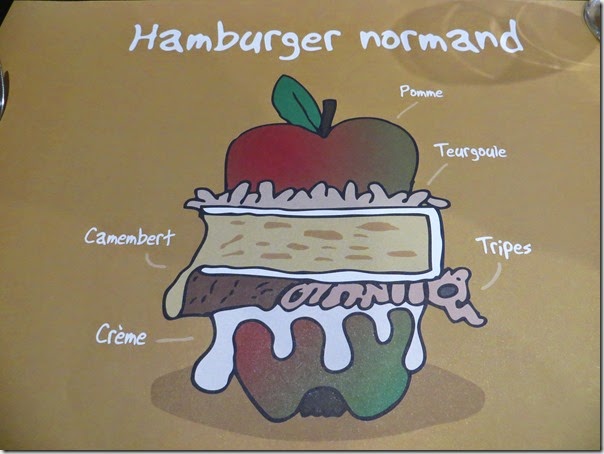 Placemat at the creperie where we ate dinner. 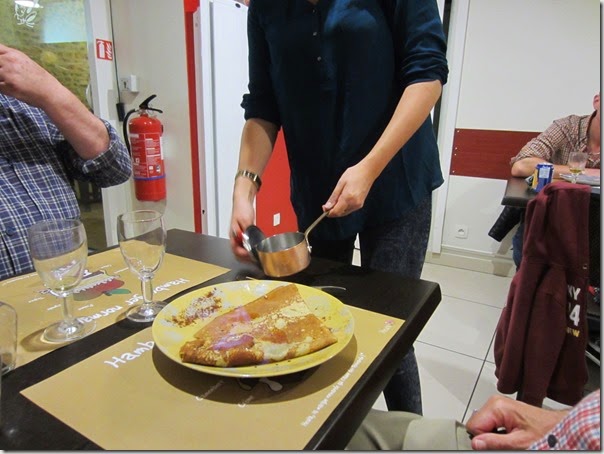 Dessert at the creperie. It looks like there is a reason for the fire extinguisher on the wall. Life just keeps getting better and better.