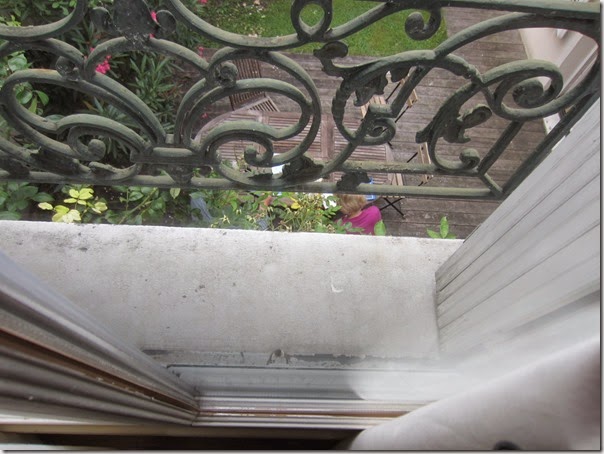 The first photo downloaded from Linda’s camera. Your guess is as good as mine as to why she took it. Baffled Bob. 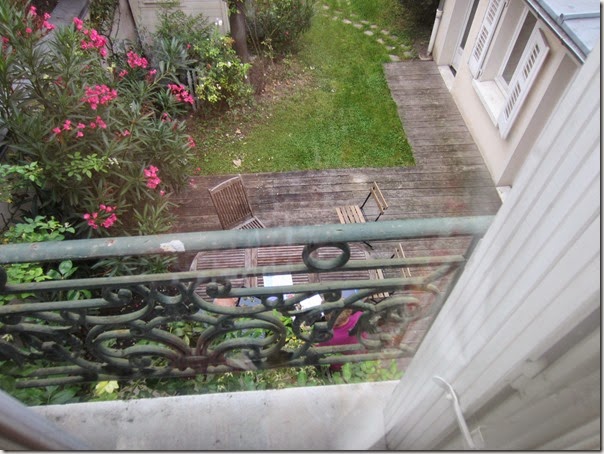 The second photo downloaded from Linda’s camera. I still don’t have a clue as to what she was taking a photo of. Doubly Baffled Bob. 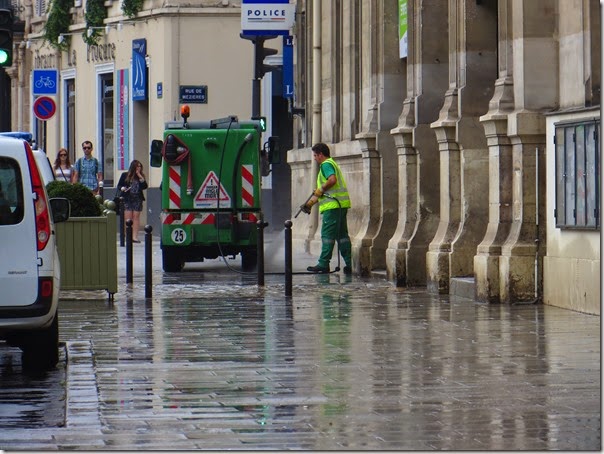 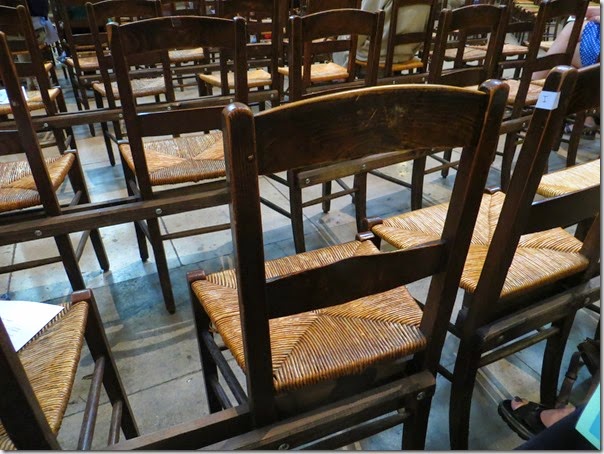 Sunday morning mass in St. Sulpice Church. Maybe the second catholic service we have ever attended, the other  being at St. Anthony's Cathedral in Padua, Italy. Not being catholic, the service was “interesting”, especially since it was in French. I did understand why they repeatedly stand up and sit down during the service. These are the most uncomfortable church chairs I’ve ever experienced. 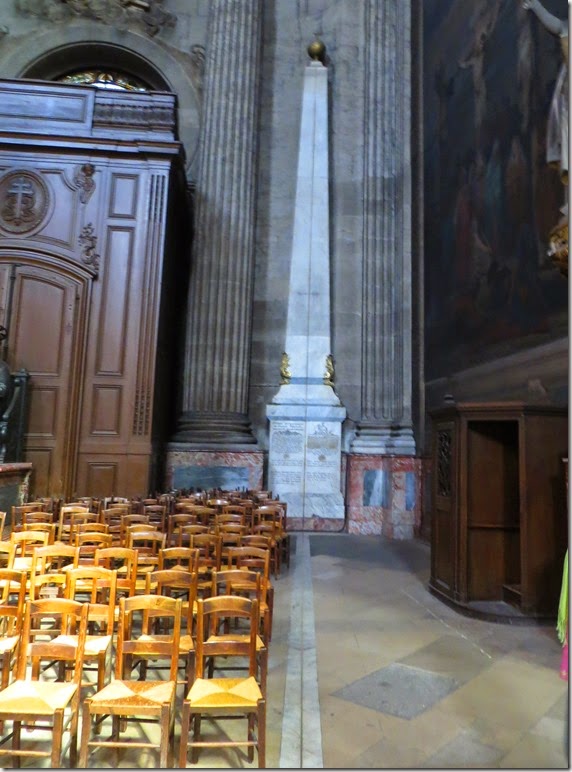 After the service we checked out the brass line and the obelisk Dan Brown wrote about in the Da Vinci Code. Try as we might, we couldn’t find the loose stone in the floor. But judging from the number of other people doing the same thing we were not alone.

This small snippet is for two former classmates of mine, one from high school and one from college, both of whom have been Methodist Church organists for many years. If you ever get here, you will really enjoy the half hour organ concert after the service. 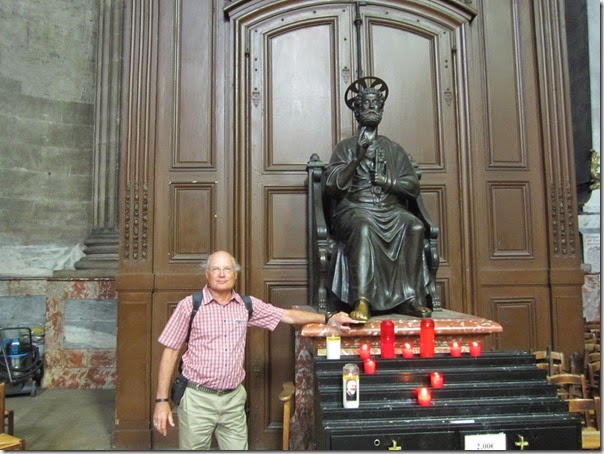 I don’t suspect St. Peter minded me rubbing his toe as it was polished from the throngs who have proceeded me. Unfortunately for me, I didn’t put anything into the money box so I suspect my entry into heaven be be on hold until someone bales me out. 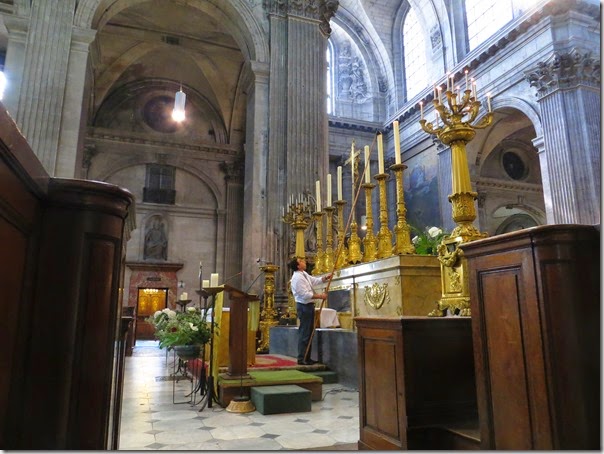 How those giant candles are extinguished after the service. 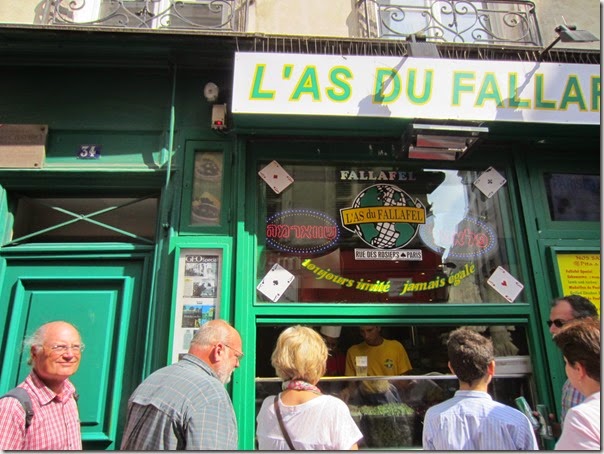 Been here, done this, but will always come back in a heartbeat. They are still the best falafels on the face of the earth. 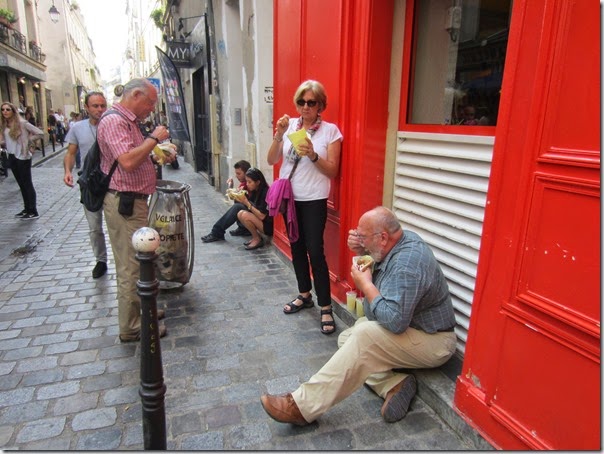 Don’t believe me? Just look at this group of Americans chowing down on their falafels. 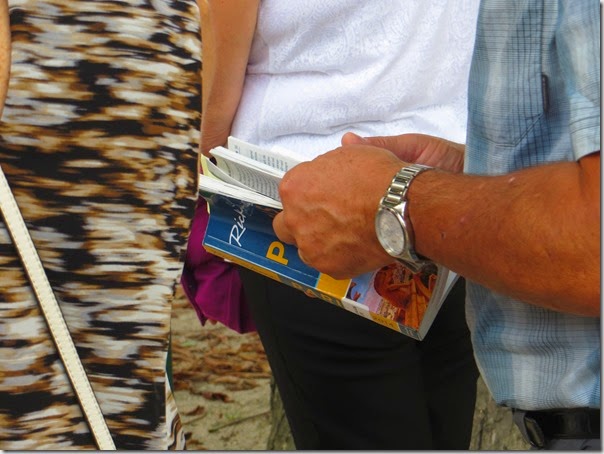 Pere La Chaise Cemetery, an American, not in our group, repeatedly thumbing through his Rick Steves Guide Book trying to find some of the famous graves in the cemetery. I loved the expression on the wife’s face when they finally gave up in exasperation. It was something you would never see in a Rick Steves ad for his company. 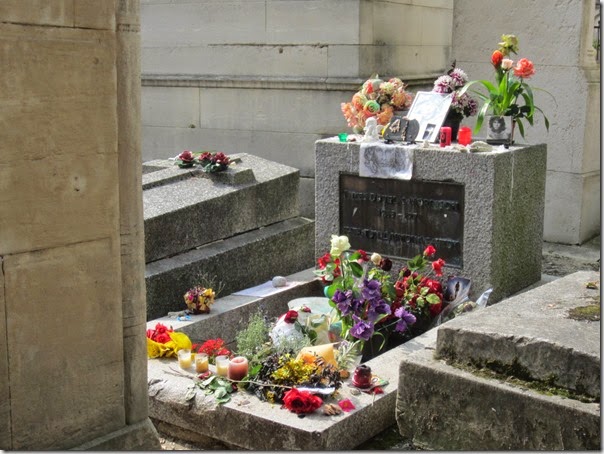 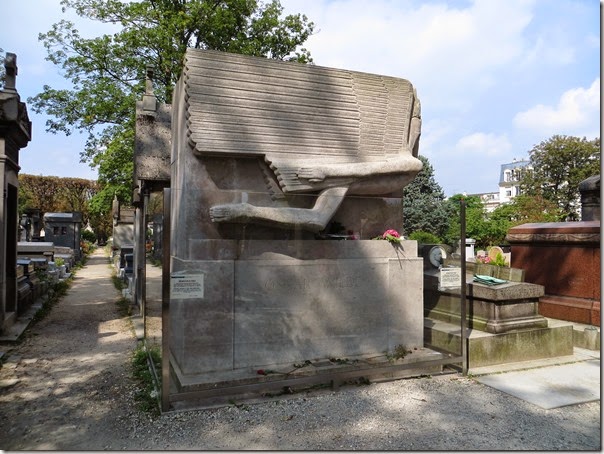 Oscar Wilde’s grave in the cemetery.

Neither man was perfect, but each was a true genius, the kind the world has far too few of. Listen to The Doors “Light My Fire” or read or see Wilde’s play “The Importance of Being Ernest.” 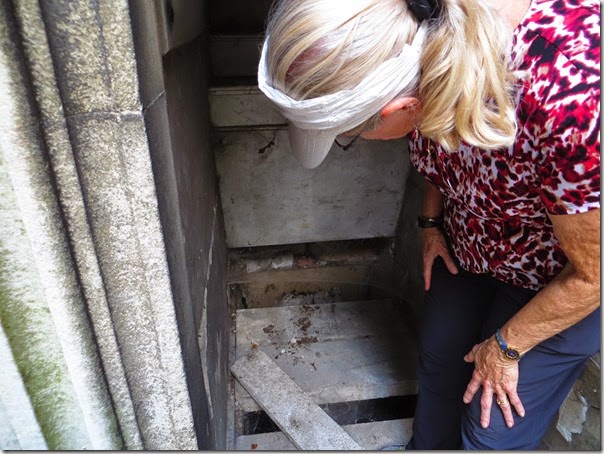 The great thing about being married to an Appalachian hill girl is that all those superstitions they were exposed to up in them thar hills remains with them girls their entire lives. My hill girl has this penchant for looking into graves and other abodes of the dearly departed to see if there are any remains remaining. I can tease her about it, I can belittle her about it, I can ridicule her about it, but the next time she sees a crack where a dead guy is buried, she is like a dog sniffing a butt. Lucky Bob??? 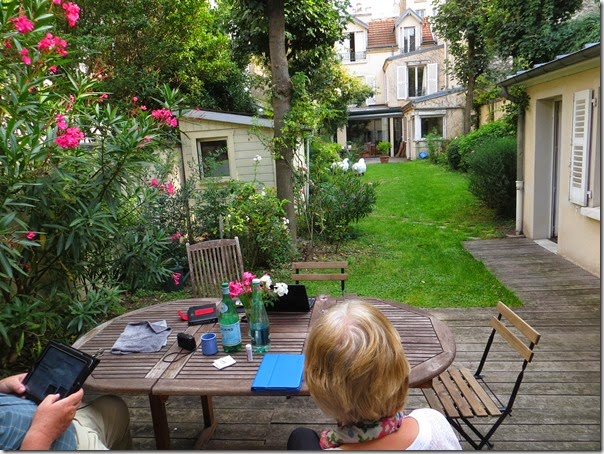 Bear with me here as the next set of photos tells a story. John and Judy researching the next day’s travels. 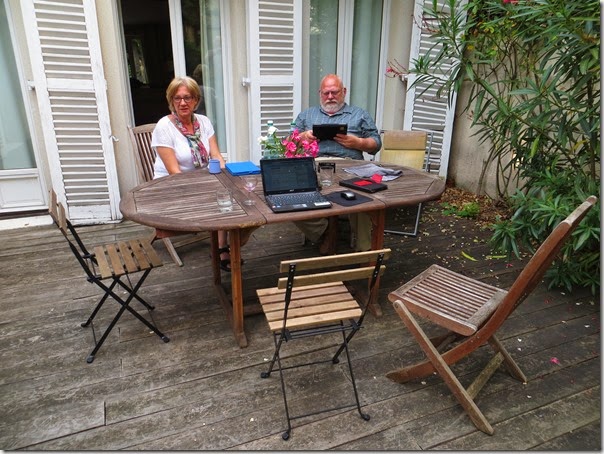 The chair where I was sitting when the incident to be related in a moment took place. 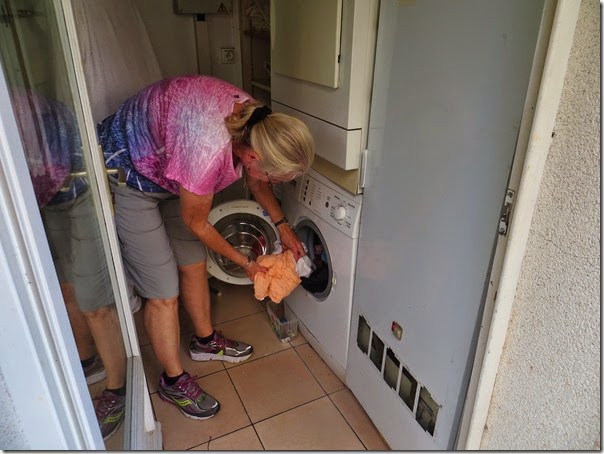 The perpetrator of the incident. 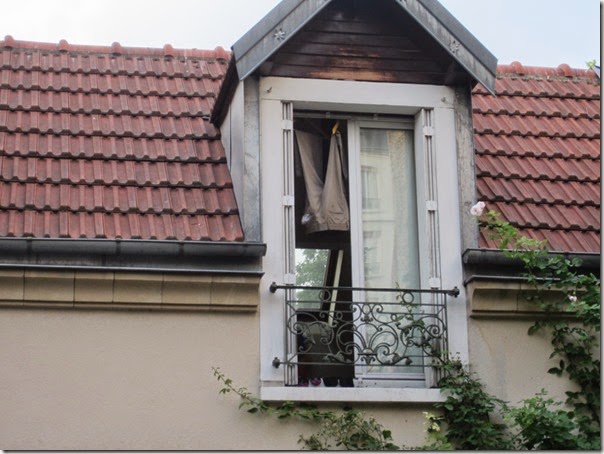 Evidence of the incident to be related.

John, Judy and I were sitting at the table, being good American tourists in Paris when this Appalachian hill girl come up to me and says in a very soft voice, “Take your shirt and pants off so I can wash them.”

Now put yourselves in my place. Is this a do I or don’t I moment. Dear reader I leave it to you your imaginations to decide what I did. (Hint: look what is hanging in the window in the above photo.) Bob, who in his best Sgt, Schultz imitation says, “I know nothing.”