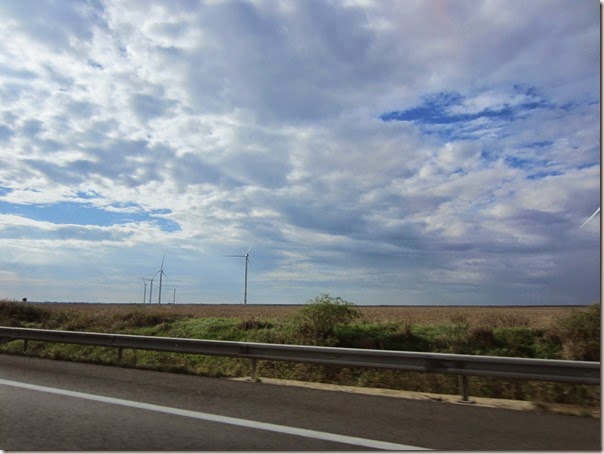 I could keep this post really short by posting this picture and saying this is what we did and saw today, but since we took a few photos of things other than out the car window I won’t. Eight hours riding in the car confirmed why we take the train when we have any distance to travel. At least we weren’t driving, but we were riding in uncomfortable seats all day. 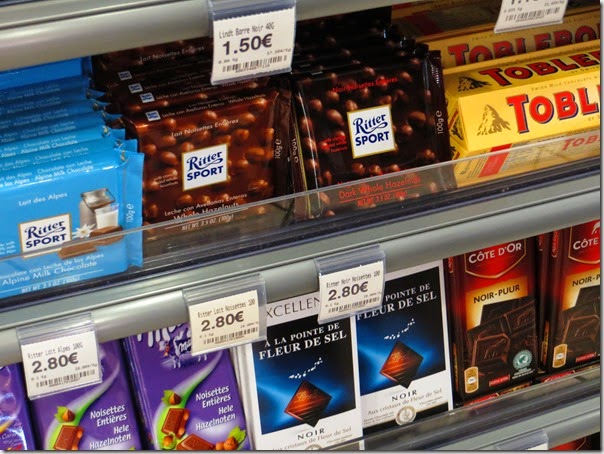 Ritter Sport dark chocolate, .89 in Germany, 2.80 in France. Linda opted not to get any, but I had to wonder if maybe she didn’t wish she was back in Germany. 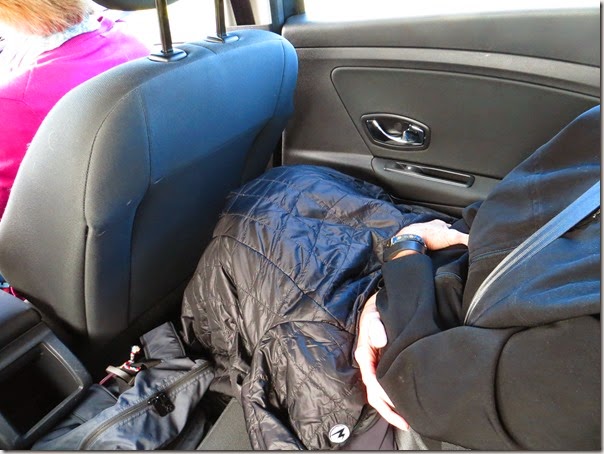 As you can see, Linda found a way to keep warm during the drive. 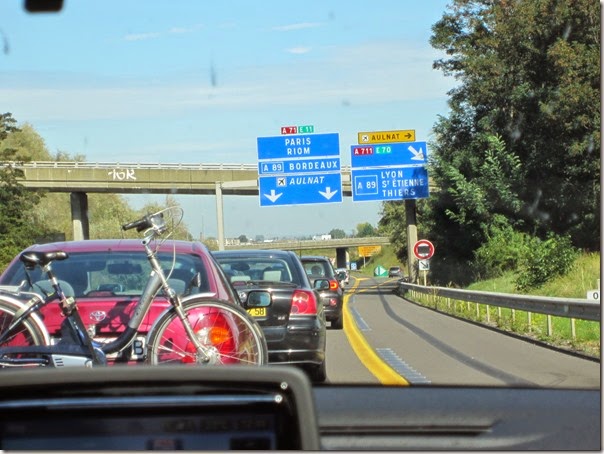 This could be anywhere in the States. 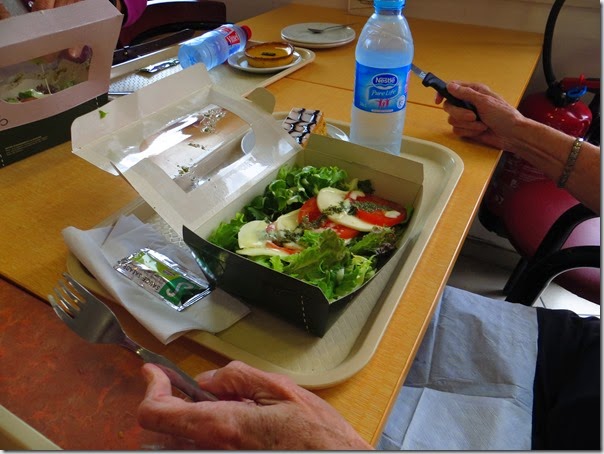 Service area lunch along one of the different AutoRoutes we were on all day long. 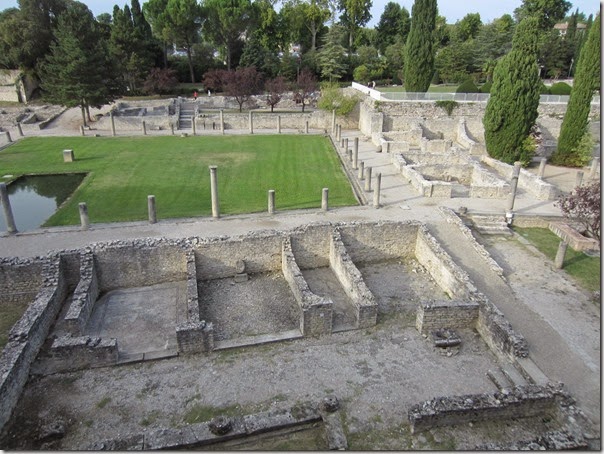 At least the view from our bedroom window at the apartment in Vaison la Romaine is great. Never before have we had a view of Roman ruins like this. 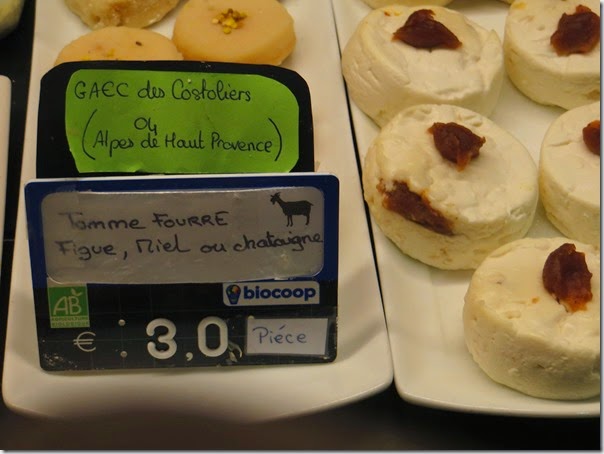 We ate a light supper at the apartment, the wines continuing our streak of, to put it bluntly, lousy tasting wines. However, this goat cheese I bought was just about absolute perfection. I had pointed to several cheeses in the case and the lady behind the counter described them in I would call, a French monotone. When I pointed at this one she became animated, talking excitedly and waving her arms. I may not speak French, but no French was required to realize this was a cheese she really, really liked. When the same thing happened a couple of cheeses later I knew I also had our second cheese. Smart Bob. 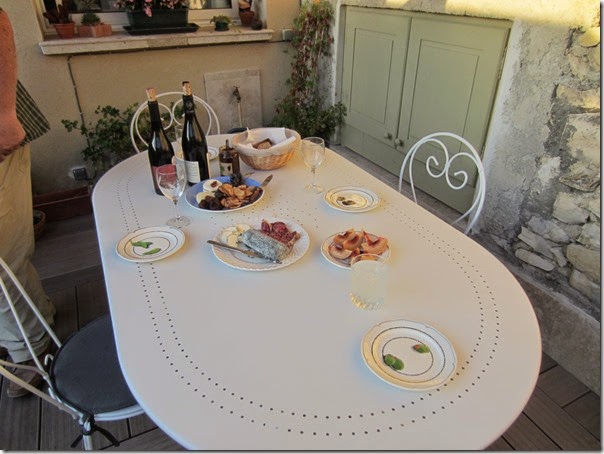 Dinner, shared on the patio with friends, made for a nice way to end the day. Not every day can be a great day, so it is days like this that help as appreciate what we normally do all the more.