Never say never. How many times have we heard those words? Today was a day filled with those words. From the awesome Lima city guide we had to the unbelievable meal we eat to the Pisco Sours that literally had us staggering back to ur hotel, it was a day of superlatives. Lima, you are on our must visit again list. Our stated in a more general way, Peru, we will be back again. 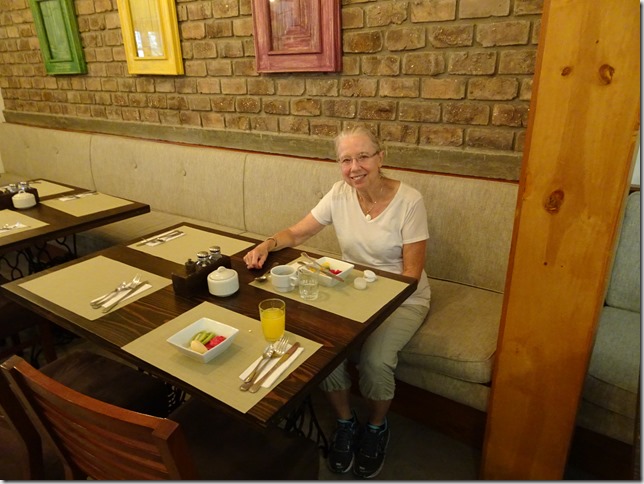 I realize there is not much in the way of intrigue whatever it might be in this photo. Pay no attention to the total babe in the photo, it is all about the yellow glass of liquid in the foreground. The sign said passion fruit juice. It was more than enough to have me pour a glass full of it. Nothing ventured, nothing discovered to be worthless is my motto. Let me just say that from now on whenever a passion fruit label is noted, Bob is poring a glass full. You’ve never tasted it? All I can say is there is more in Life than orange juice, MUCH, MUCH MORE. Never had a Peruvian breakfast? You simply don’t have a clue as to what you have missed. (Note: it is now Wednesday morning and I am already days behind on writing. Too much to experience and not enough time for writing as the above was all that I had written to this point so it looks like its going to mostly photos for a while.) 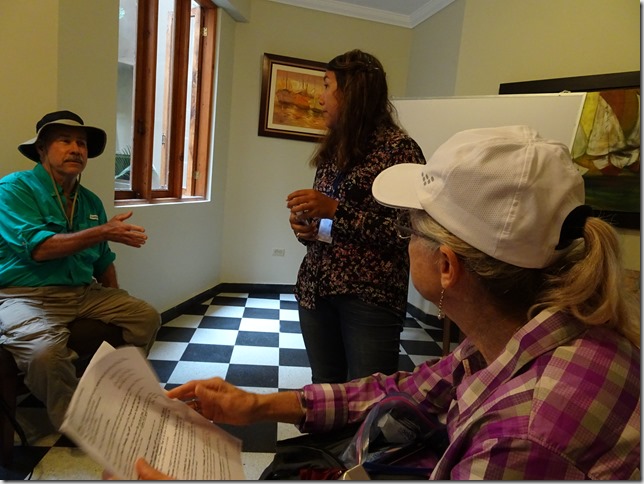 Meeting with our Lima city guide for the day. She was good, oh but was she ever good. 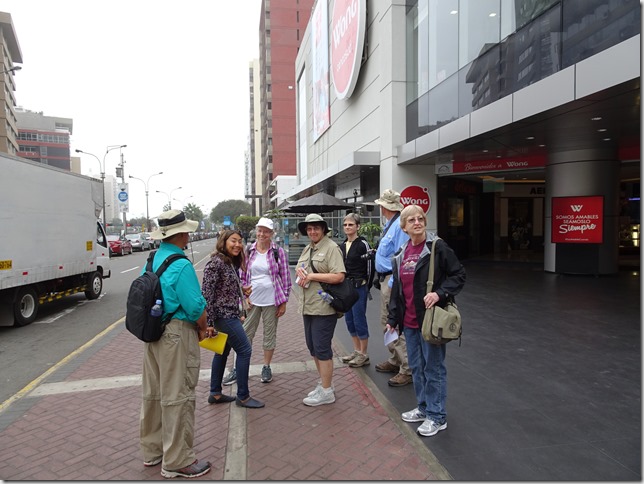 Our group. There are only seven of us, six from Texas and one from California. 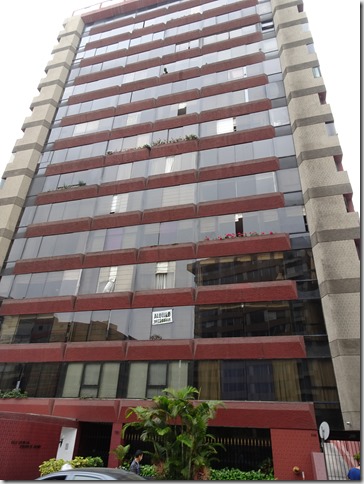 we are staying in the Miraflores area of Lima which is one of the better areas. People Miraflores live in apartments. Top floor penthouses go for $1,000,000. Lower floors go for $700,000. 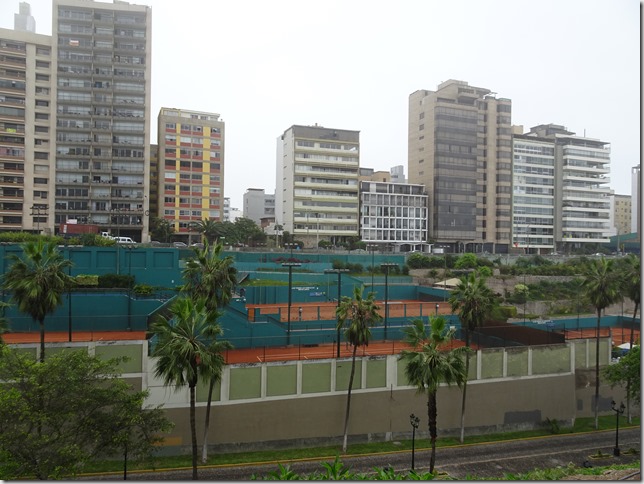 When you can afford to live in housing that expensive, you can belong to the tennis club. Our guide explained that business and social life were very closely intertwined in Lima. 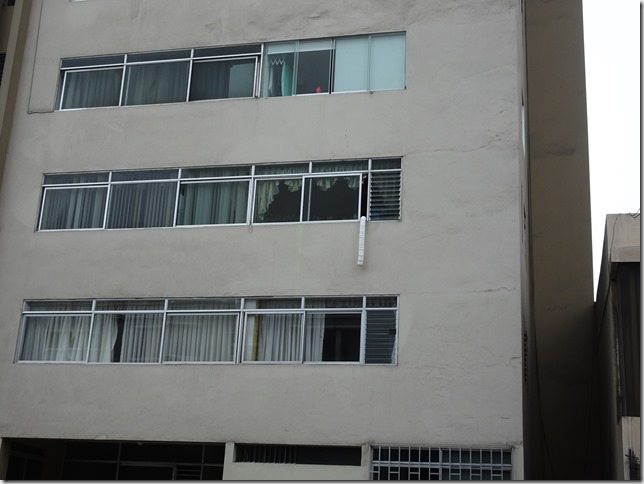 Not everyone in Miraflores can afford to live in six and seven figure housing. Had to admire the inventive way this apartment dweller used to vent their clothes dryer. 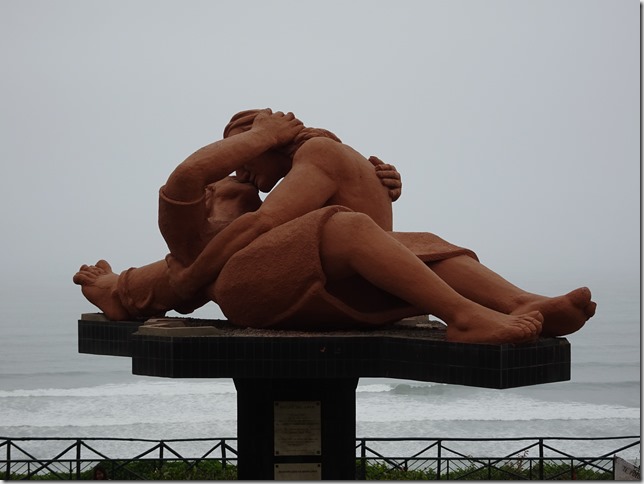 Everyone who visits Lima takes a photo of this famous sculpture. 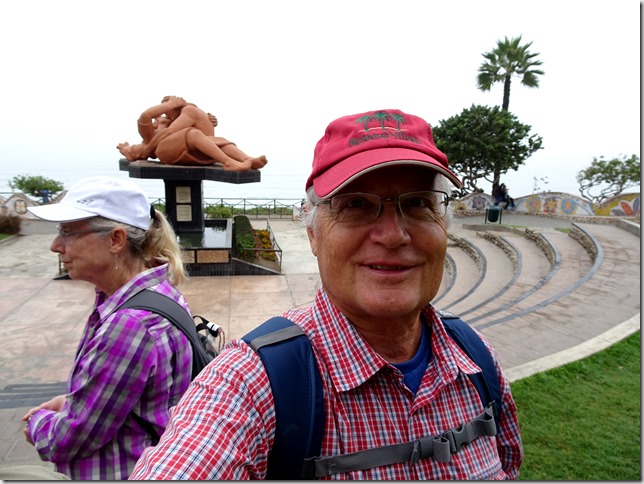 A photo is worth a thousand words when it comes to Linda and I emulating the pose. 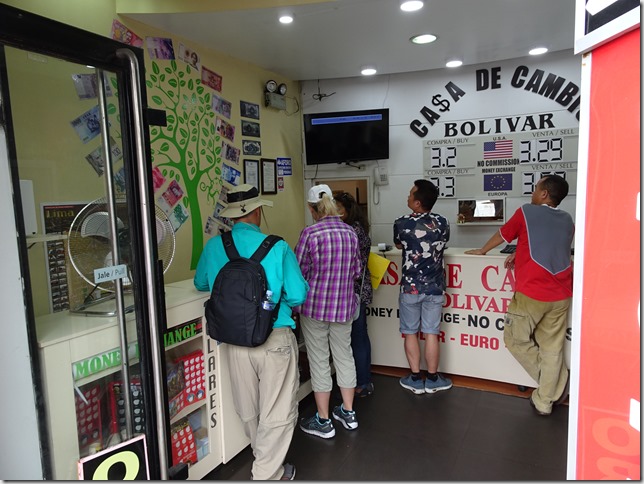 Changing some dollars into the local currency, Sols. The current rate was one dollar equaled 3.20 Sols. 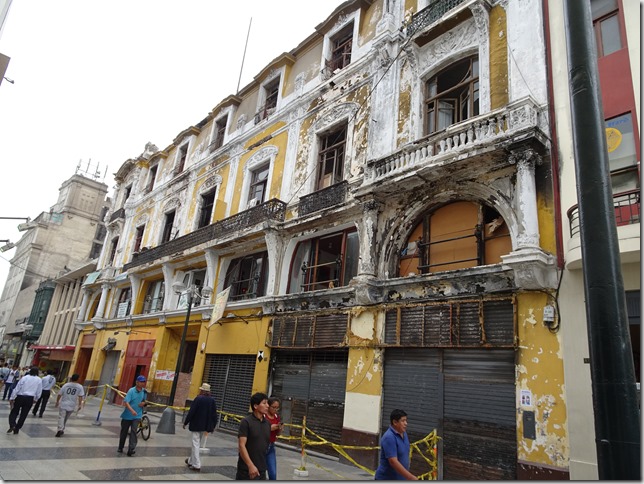 Downtown Lima was declared a World Heritage site, so to do anything to a building takes much money and an enormous amount of red tape. Many owners of old buildings can’t afford this, so the buildings slowly decay and often become fire traps. That happened to this one and it has been condemned. 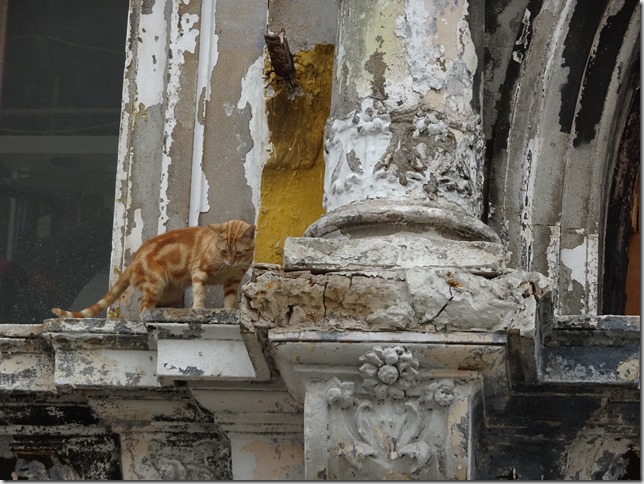 It looks like at least one occupant has decided to stay, condemnation order not withstanding. 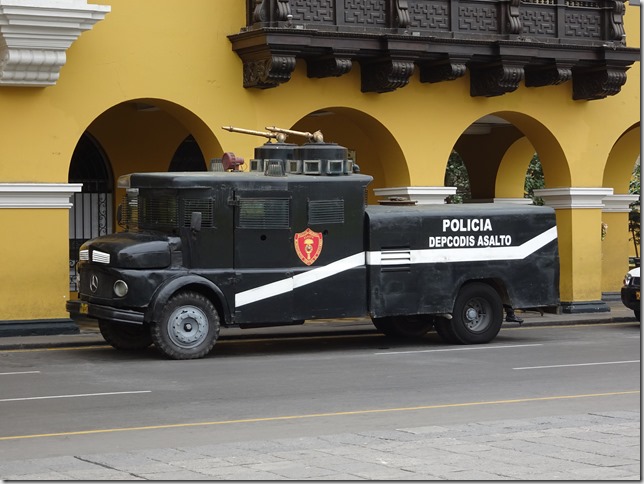 Police water cannon truck in the square near Presidential Palace. Peruvians like to demonstrate. 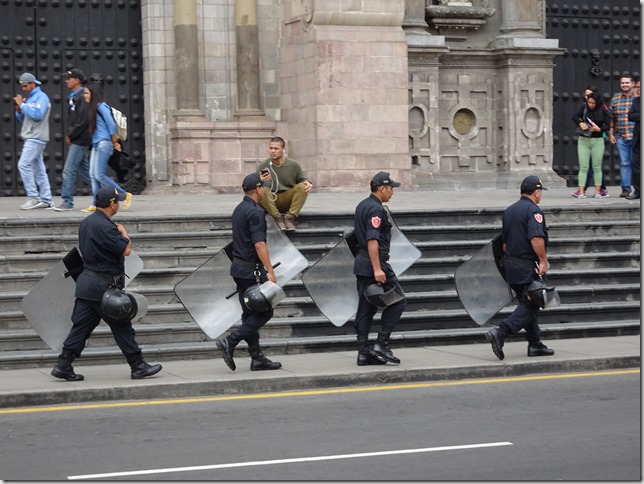 We felt well protected, but from what we had no idea. 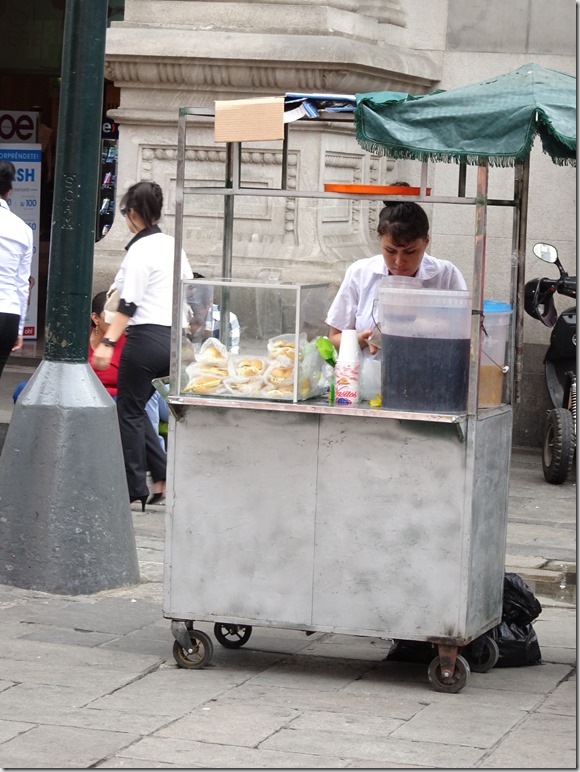 Vendors are everywhere. This person was selling a very common drink made taking the water that purple corn is boiled in, and adding sugar, and ground cloves and cinnamon, It was a quickly acquired taste, though I’m sure not for everyone, and we have enjoyed it a number of times since. 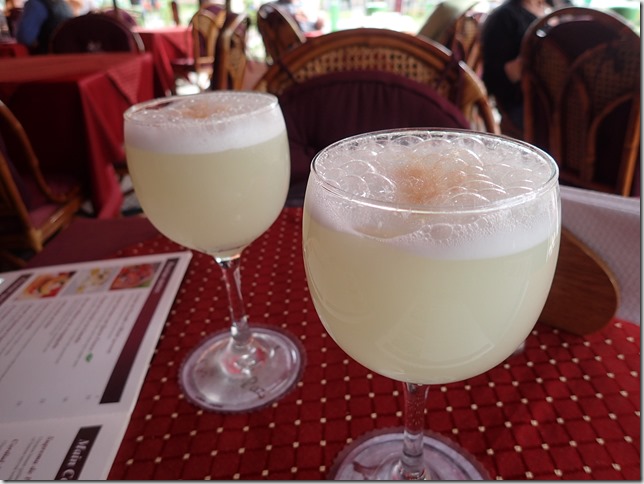 Pisco sours. The Peruvian version is far, far better than the Chilean version. 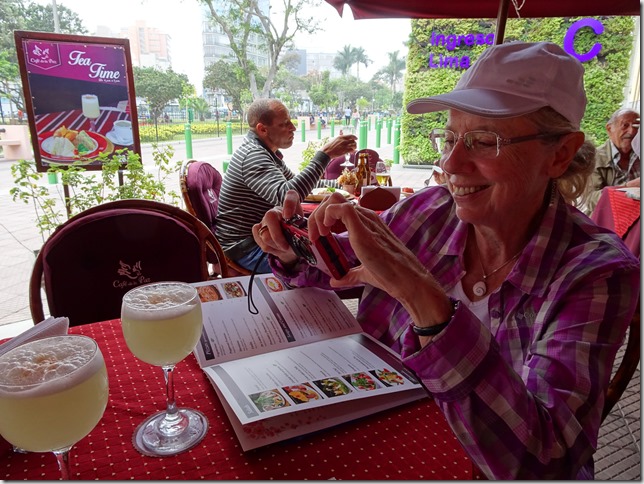 Longtime readers know Bob spares no effort or expense in bringing the behind the scenes look at our travels. Savvy readers know there is often more to a photo than meets the eye. In this case it is the smile on Linda’s face. She knows a real pisco sour when she tastes one, or photographs one for that matter. Very Happy Linda.

I’ve already written far more than I had planned in this greatly delayed post, so I’ll sign off for now. 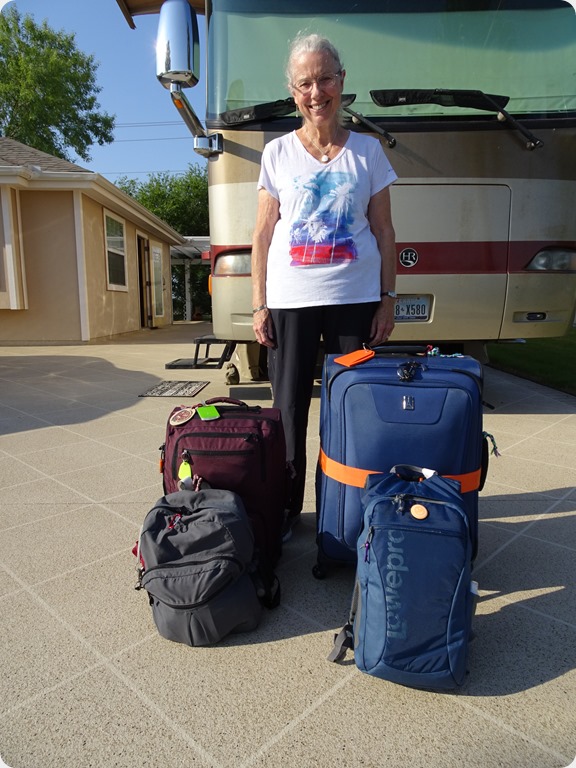 Today we left for Lima, Peru to start our Machu Picchu, Amazon and Galapagos adventure. Here we are all packed and ready to go. Can’t you just tell how excited Linda is about traveling all day and not arriving at our hotel until after midnight. Blind Bob. 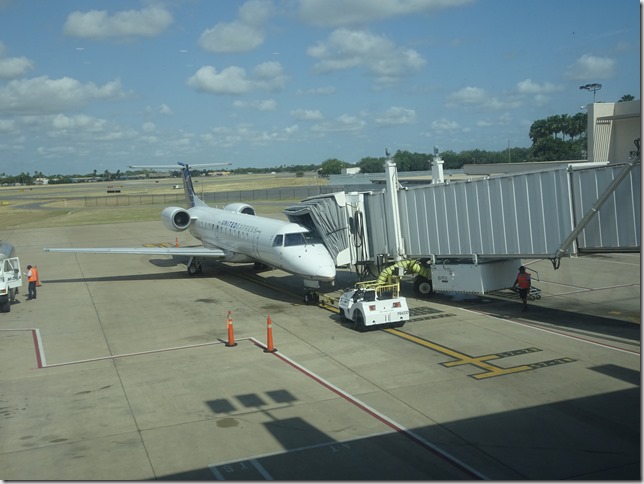 This just to prove we really are going. Our route takes us from McAllen to Houston to Lima and once we get to Houston the Aircraft get decidedly bigger. We are happy travelers, that fist photo of “Miss Hurry up and Take the Photo” not withstanding. An aisle seat on every flight for Linda and an a window seat for me. It doesn’t get better than that. 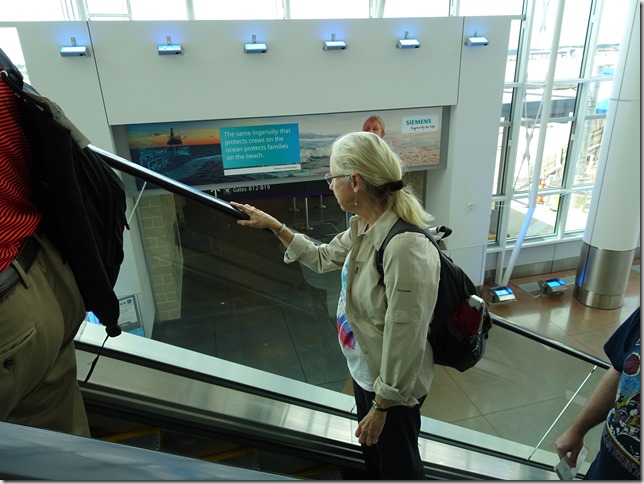 One of the great things about travel is you get to see lots of pretty women, speaking from a man’s point of view that is. Look at this awesome girl I saw on an escalator at the Houston airport. It’s what makes travel so enjoyable. Lucky Bob. 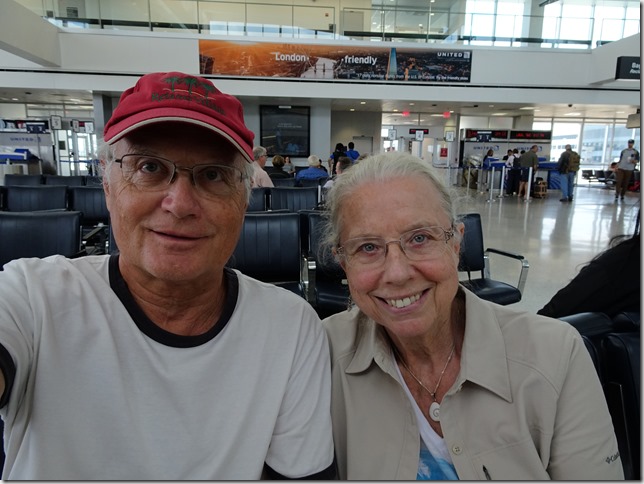 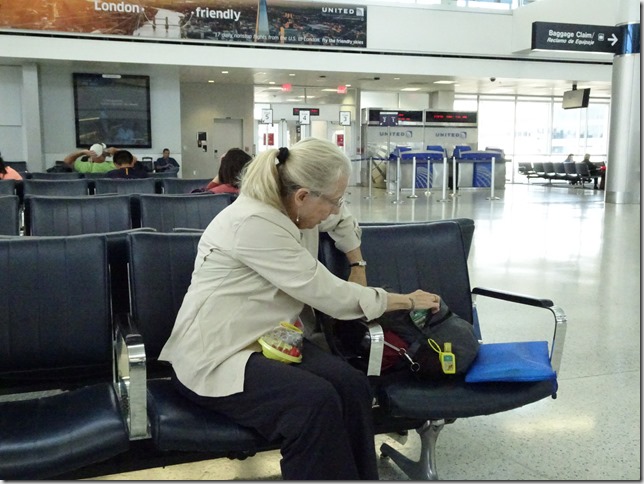 It is called the hunt. We have packed far more than normal for this trip and she who packs the kitchen sink seems to forgotten where that very necessary item is. I can’t repeat what she was saying as she searched her daypack, but that is only because i was too far away to make out what words made up her mutterings.

I’ll end this day here as there was a surfeit of photos when I downloaded what I had taken. Note to Bob: Photos are important, don’t be afraid to take too many and discard some. Till tomorrow when we tour Lima. Tired but Happy Bob and Linda.


Linda has informed me that I must do a test post before we leave tomorrow morning for Peru. This is my written test. 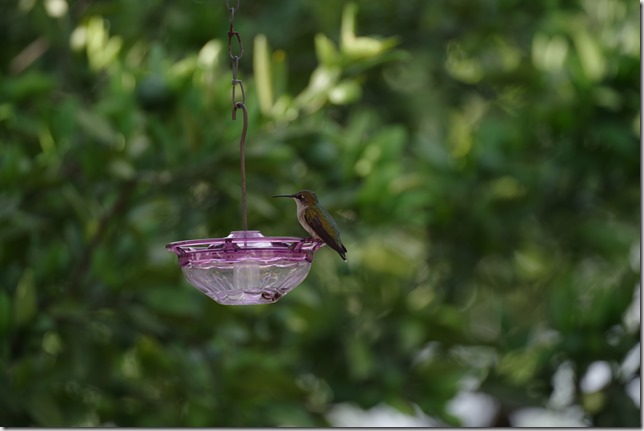 Now that requirement is out of the way I will say that posts may be very spotty over the next three weeks as at times we will be limited internet, very limited internet or no internet. There are also times when there isn’t going to be much in the way of electricity. It is going to be a fun trip.

Next stop, Lima, Peru. And to copy from Lowell Thomas, So Long Until Tomorrow. (I can remember sitting by the radio many a night listening to him broadcast from somewhere in the world)
Posted by Bob and Linda at 2:44 PM 0 comments