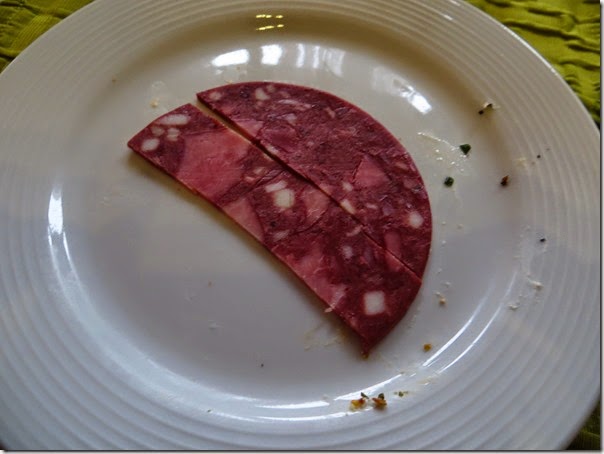 I was so busy eating my blutwurst this morning I almost forgot to take a photo of what was my last meal in Germany. Knowing how delicious it looks, I know nearly everyone who reads this will want to run out and buy a huge chunk to replace the bologna they normally eat, which means I will miss it while traveling in France while readers will enjoy it. Nothing like blood, fat, skin and assorted other ingredients to get the day started off right. Linda won’t eat foods she doesn’t know what is in them, so why is that even though I excitedly describe the delectables that go into blutwurst, instead of taking several slices, she makes a gagging sound? Puzzled Bob. 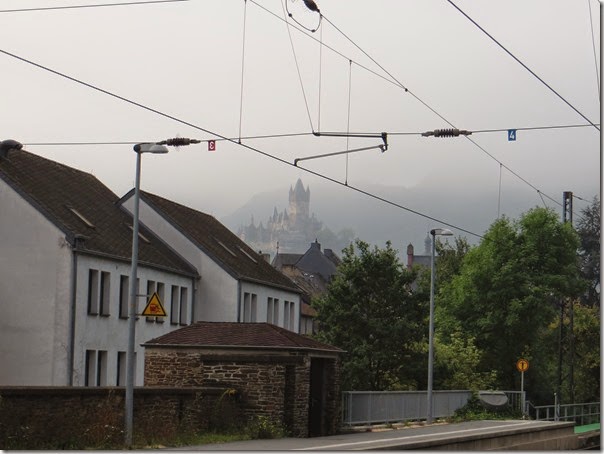 Last view of Cochem with the castle peeking through the morning fog.  It was almost like Germany didn’t want us to leave as the train was a few minutes late. 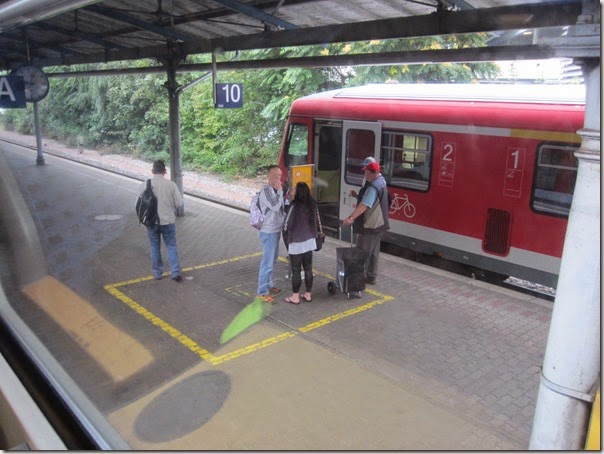 The tiny area for smokers at one the stations our train stopped at. Germany has really been restricting smoking. In the restaurants, the outside tables are the last refuge of the smokers, and even though we encountered them slowing killing themselves as they puffed away, it was not nearly as prevalent as it was on prior trips. 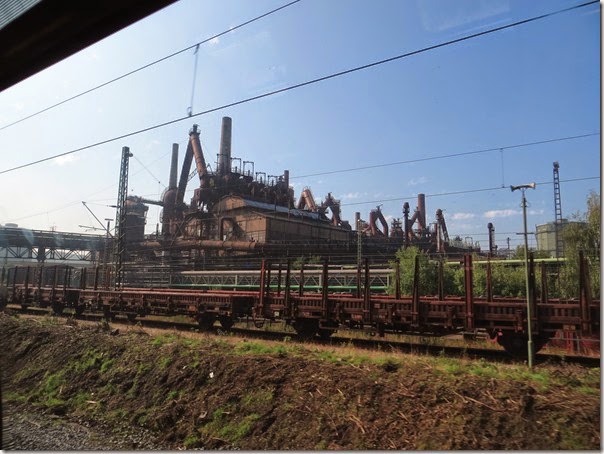 The Saar is an industrial area, the first we have seen during our trip. 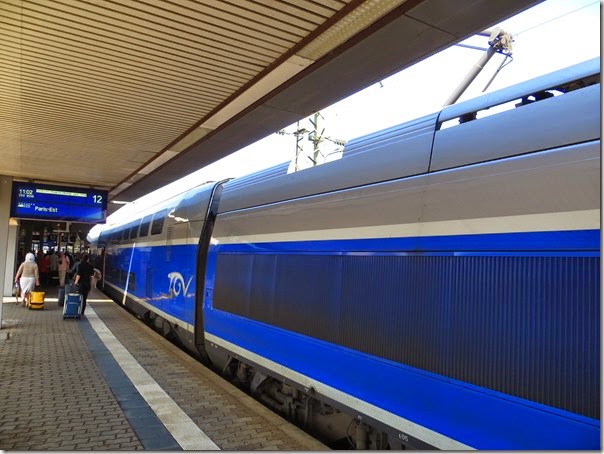 In Saarbrucken we changed trains for the finally leg to Paris. SNCF, the French train company operates TGV high speed trains on this line traveling just under 200 mph. We had ten minutes to transfer which proved to be no problem as the train to Paris was 15 minutes late. 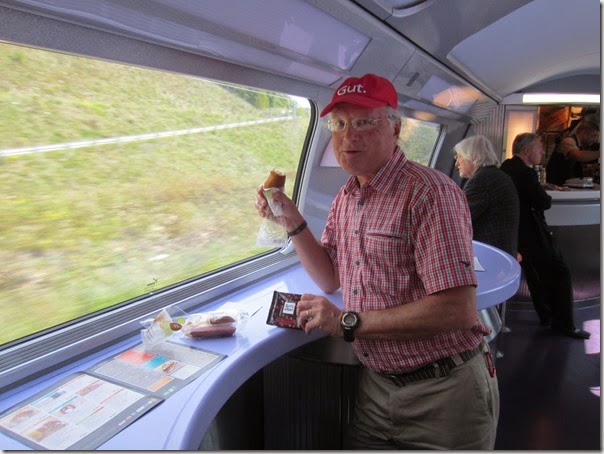 They sell Paris metro tickets onboard, which we bought in the restaurant car. If you don’t you will have to wait in the very long lines at the train station in Paris to buy them. The carnet of ten tickets is in my pocket, while the sandwich I bought is in my hand. The other hand, the one Linda was watching like a hawk, held her bar of Ritter Sport. 99 cents in Germany, 2.49 euro in France. 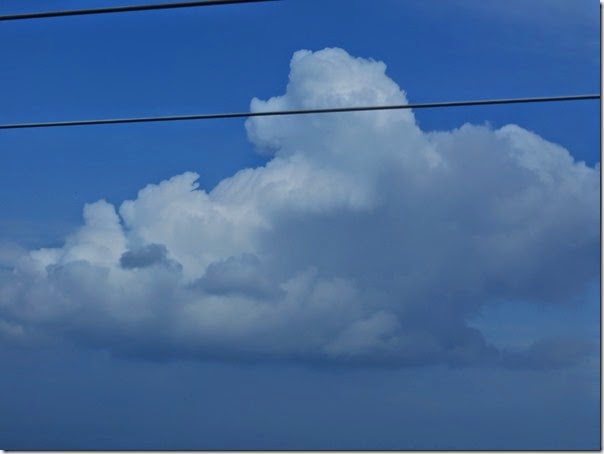 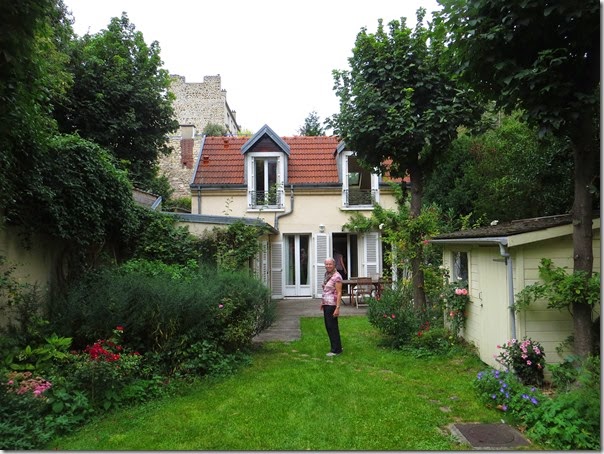 The little cottage where we will be staying in Paris. 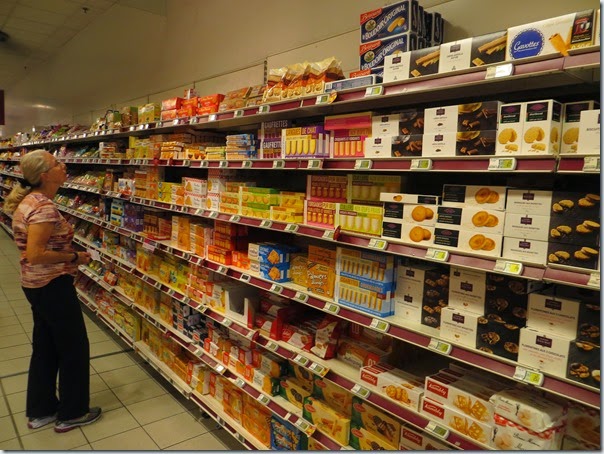 Linda looking for the cookies she always buys when we are in France. We had a difference of opinion on which cookies they were. Being diplomatic, I will just say I was a little more right than her. She did go back into her photos from our last trip and found a photo of the box, but alack and alas, though this store carried cookies by that brand, they didn’t have the specific type of cookie she loves. 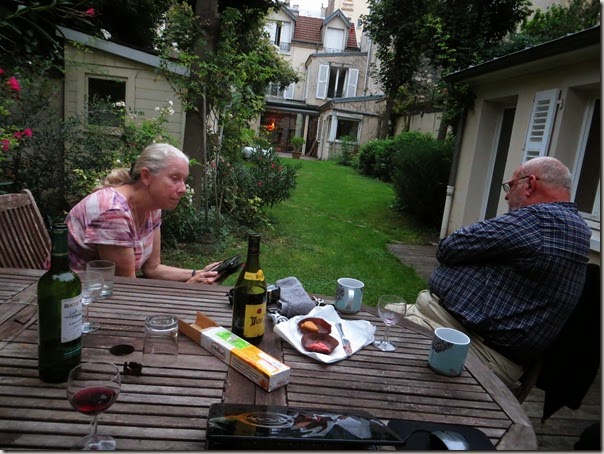 Later in the evening. Note the box of cookies in the center of the picture. This one was bought during a second shopping trip as someone had eaten the entire first box, their identity to remain undisclosed. Smart Bob.

Sorry for the short post but some days you just have to live Life with little time left over. And as usual, the above includes only a fraction of what happened during the day.