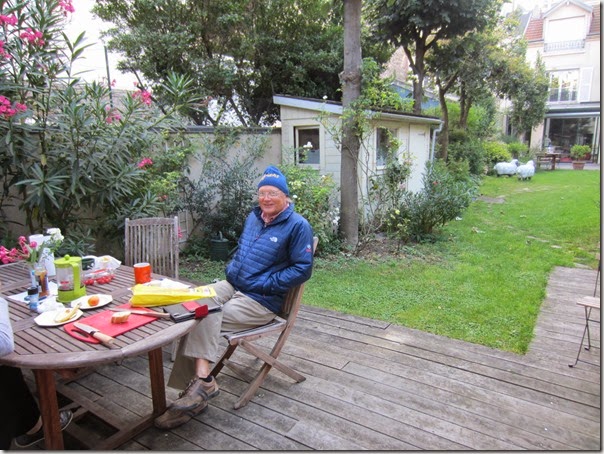 No, this isn't a left over photo from our time in Scandinavia. It was cold in Paris this morning. 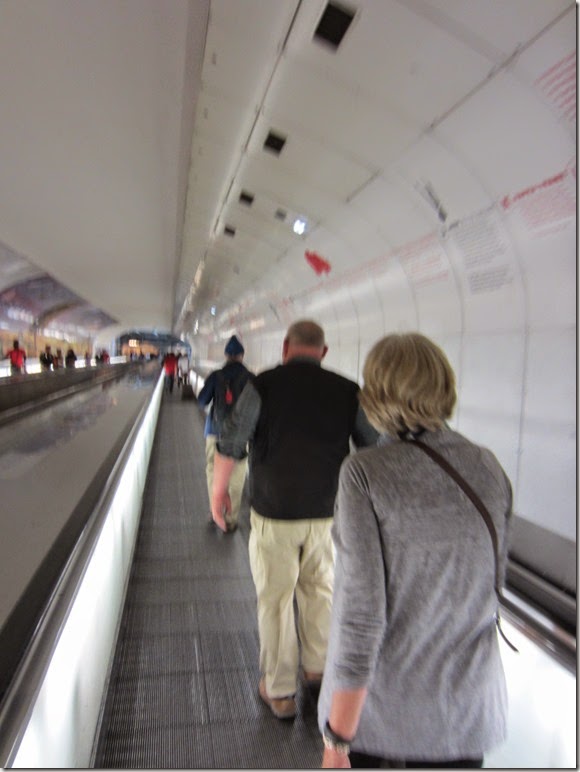 We had to change Metro lines in the Montparnasse — Bienvenüe station. Talk about a long walk, we could have sworn we were walking half way across Paris. 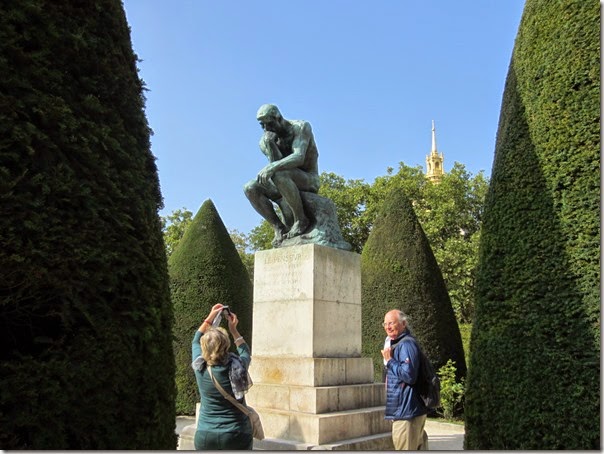 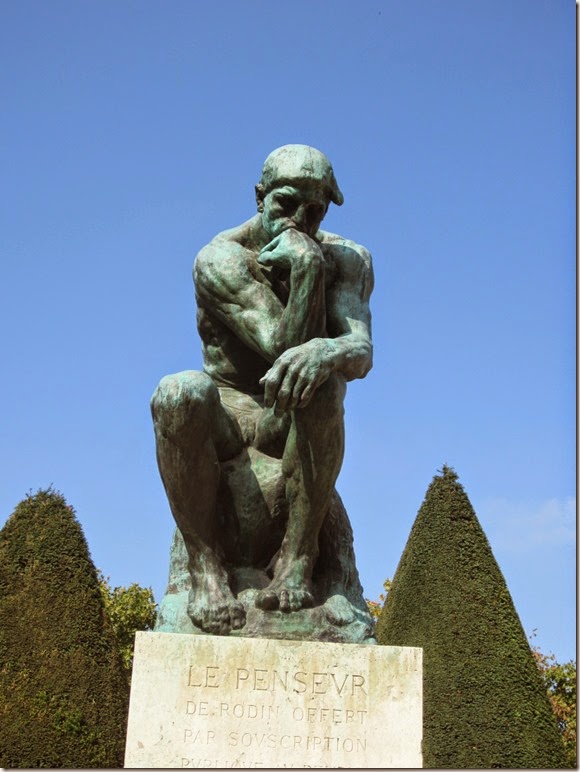 My aunt had a small copy of this statue (for some reason I remember him sitting in a chair) that sat in her front parlor and it is the earliest remembrance I have of a piece of art. And what an impression that made on a young boy. The many times we have been in Paris we have never missed stopping at the Rodin Museum and this trip was not going to be the exception. 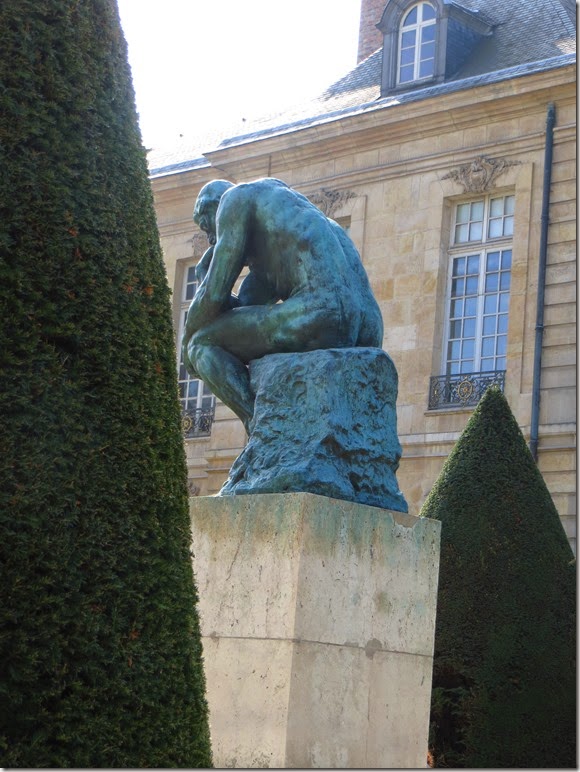 A view most people never see. 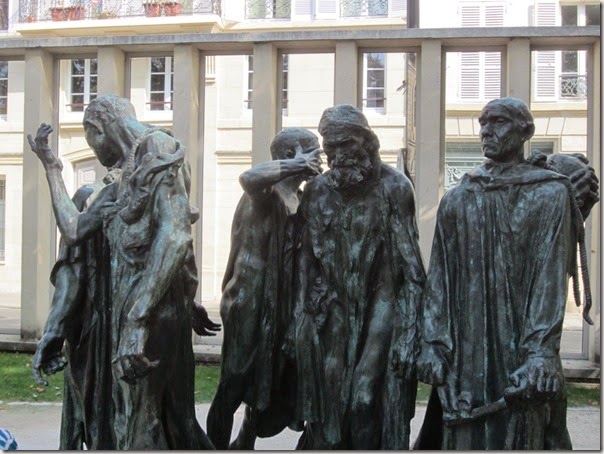 The Burghers of Calais, a sculpture that is filled with the raw emotion that separates Rodin from his peers. A real life event, these six men, the leading citizens of the town of Calais, volunteered to be executed to save the city during the 30 years war in the 1300’s. One could literally spend hours studying the details of this sculpture. Personally I like Rodin’s work far better than Michelangelo. And we have seen David, as well as many of Michelangelo’s other works. 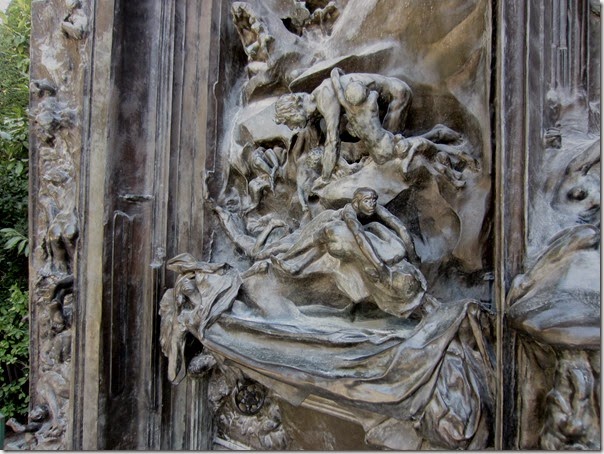 Detail from The Gates of Hell, which like the previous two pieces is located in the Gardens at the museum. I know there are many museums and attractions in Paris, but anyone visiting the city should really take the time to visit the Rodin museum. 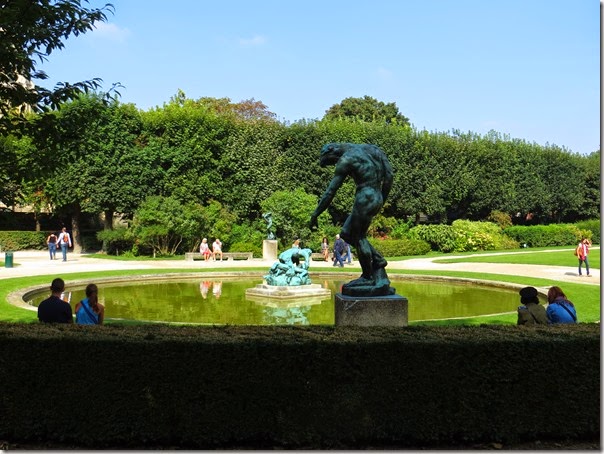 The pond at the far end of the Gardens. We always sit on the wooden benches on the upper level. There is something about being here, looking out on Rodin’s works, that makes all our cares and troubles fade away. 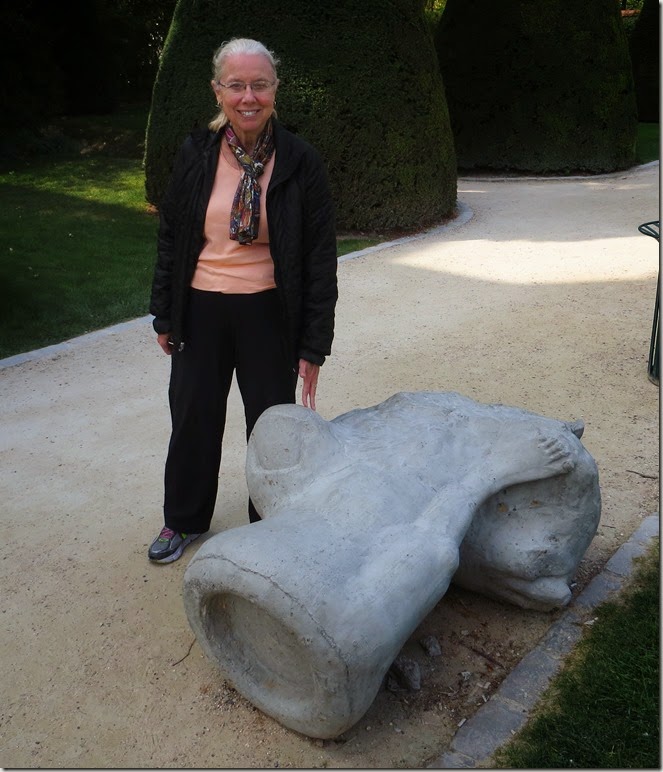 I promise this is the last photo of Rodin’s work I will post today as I know you are probably sick of looking at Rodin photos. I like his work, what can I say? Linda likes feet, the feet found on sculptures. Linda found this study of feet by Rodin at the edge of the gardens. Linda had Bob take a half dozen different photos of her with this toe and foot. Bob will be nice and only post this one. sad Linda. 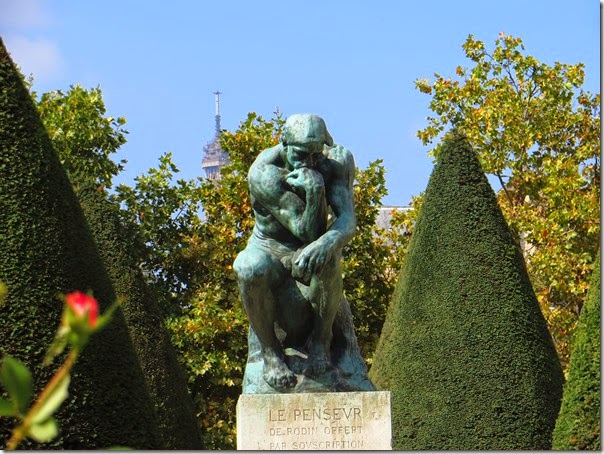 Okay, so I lied. Big deal. It’s my blog and I will post another photo of The Thinker if I want to. Took this one as we were leaving the museum. Thank you Aunt Fern for giving that little boy an appreciation of great sculpture that has stayed with him for his entire Life. 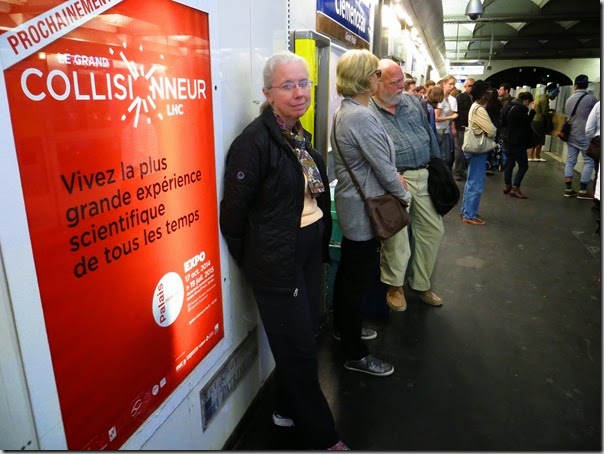 Linda’s, are you sure this is going to be the right train, look. In my defense, only once have I lead this group of intrepid travelers onto the wrong train, and in that situation it only took a few stops for me to recognize the error of my ways and immediately correct it. 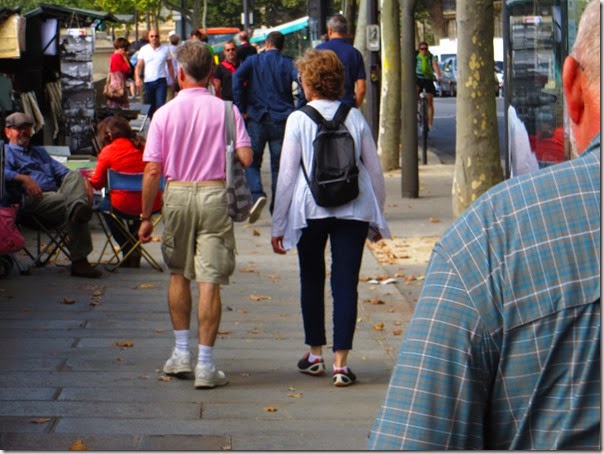 American tourists. White shoes and shorts on the man are dead giveaways. French men wouldn’t be caught dead in shorts in Paris. (Pun intended) We knew they were Americans after he dropped his wallet, a kind kind French woman chased him down to give it to him and he profusely thanked her. Then they zoomed off down the sidewalk hurrying to the next sight that they could say they saw while in Paris without really seeing it. 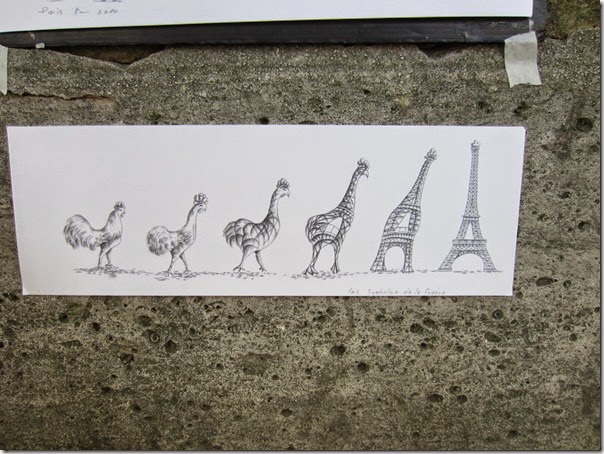 Drawing for sale along the Seine. I had to chase Linda down and bring her back to see it. She didn’t buy it but she did take a photo of it. Typical American tourist. 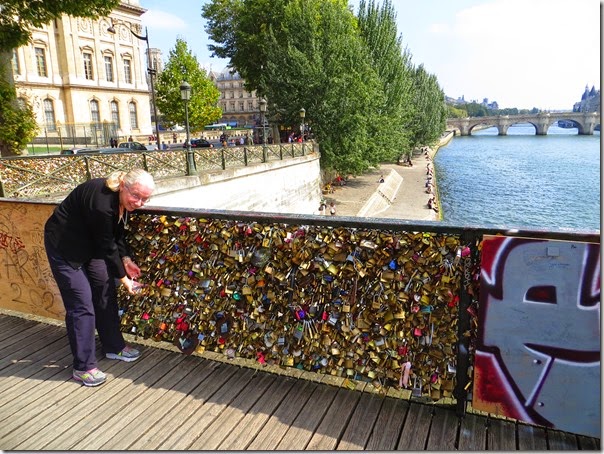 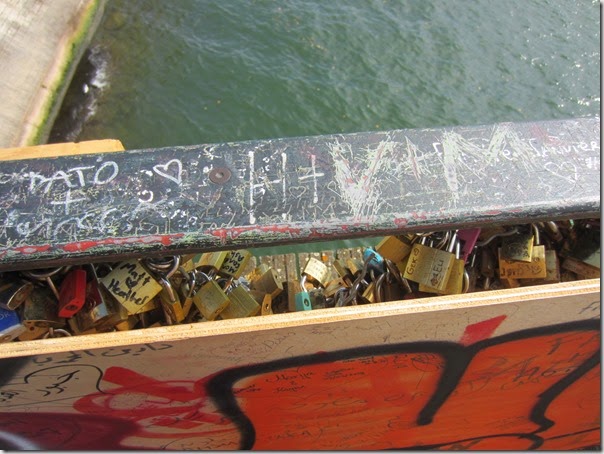 So many locks they are actually ripping the wire mesh off the bridge. There are sections of plywood mounted in places to prevent any more locks from being placed in the area. It was impossible to take a photo of the entire bridge across the Seine but there had to be 10’s of thousands of locks on the bridge. 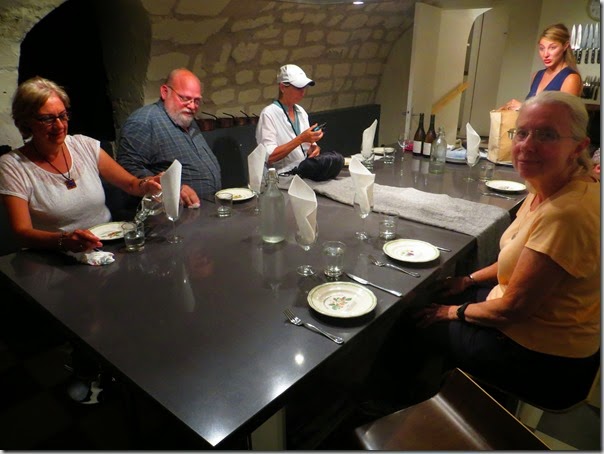 End of the day. We took a food tour of Paris. It was wonderful, just like our time in Paris. Tired, Time to call it quits for the day.