A Pleasant Day in the Country 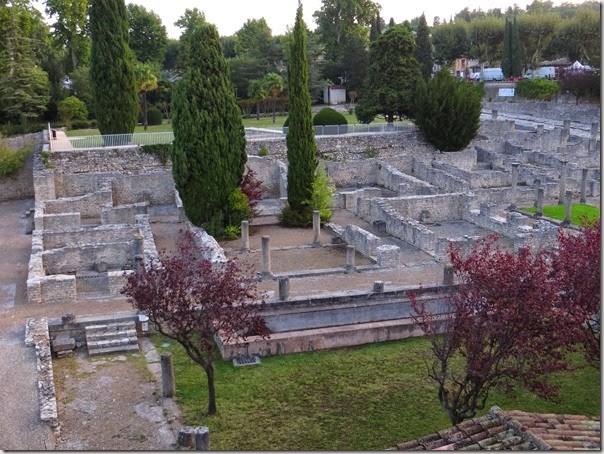 What a great view to wake up to. One can almost see Gallo-Romans up at the same time going about their early morning cores. For a lover of history it just doesn’t get better than this. Happy Bob. 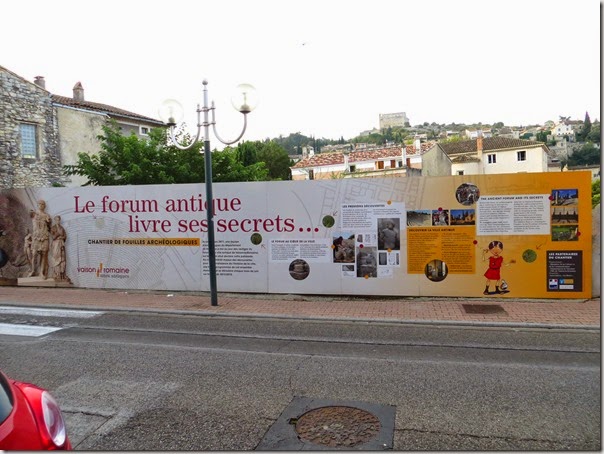 That view so energized us, and it being early Sunday morning, we decided to take a walk. Along the way we passed by this archeological excavation. The signs, in both French and English, describe how they are slowly uncovering the remains of the Roman era forum. 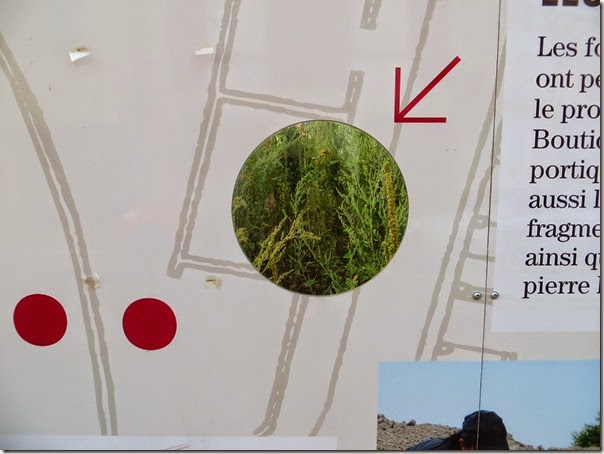 They provided holes in the wall so you could see the excavation site. Unfortunately tall weeds had grown up behind the wall blocking the view. What can I say. We are in France after all. 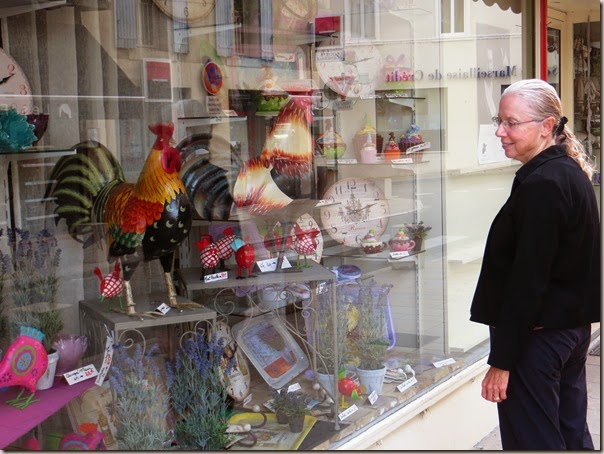 Roman history early on, then chickens later on, Linda was one very happy girl. 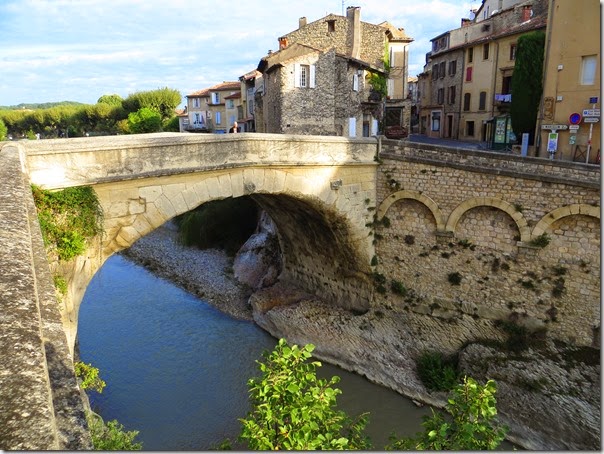 Our destination was the old Roman bridge that crossed the river and connected the upper town with the lower town. In 1992 a catastrophic flood devastated the area and swept away all the bridges in the valley. Almost all the bridges that is, this bridge, built in the first century B.C., was the only bridge to survive. 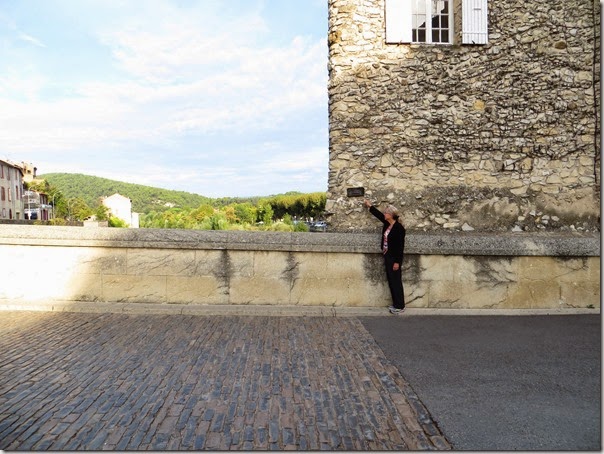 Linda pointing to the high water mark from that flood showing how far the water rose above the bridge. As the saying goes, they don’t build things like they used to. 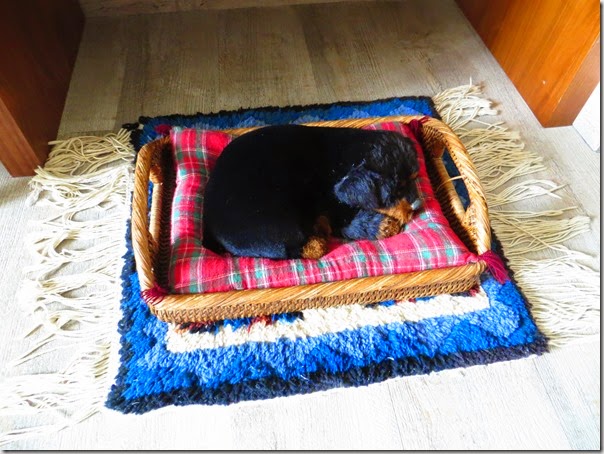 This is on the floor in the living room area of the apartment. It is so real that when I first saw it I thought it actually was real. 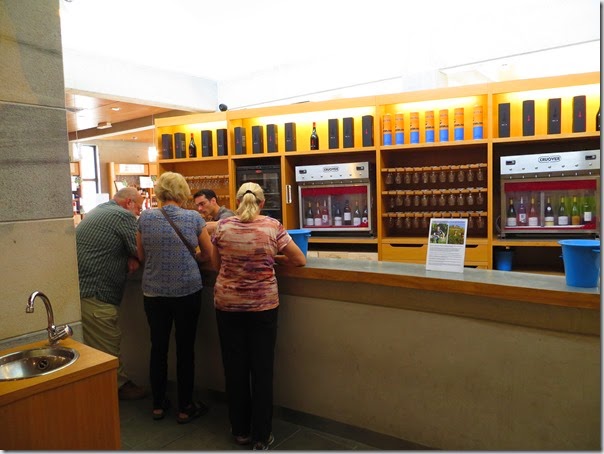 Our day involved a drive in the countryside, stopping to taste wines. The drive was wonderful as we drove along roads lined with vineyards, unfortunately the wines were not so great. 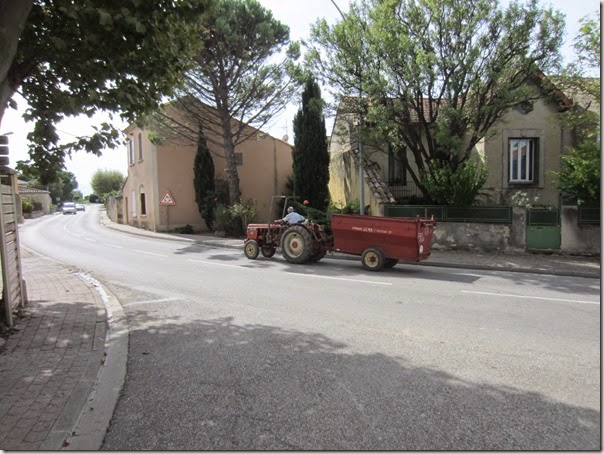 One of the common sights on the roads of the area were tractors pulling trailers to and from the wineries. In the towns were large co-operative wineries which seemed to be where the loads were going. 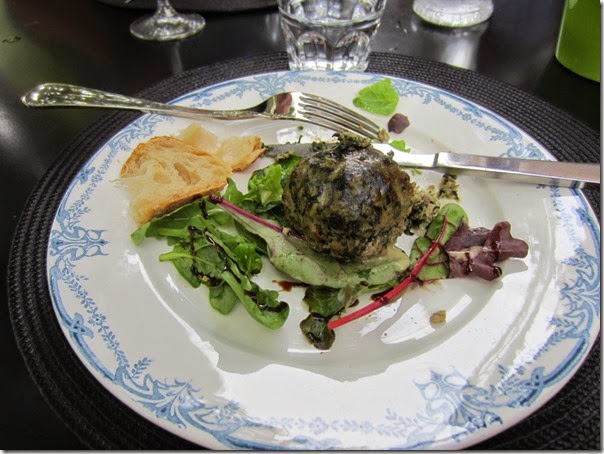 We had a very pleasant and very French lunch under the shade of large trees in one of the wine towns. When this spinach and pork appetizer was served to Linda she looked at it skeptically, so I asked her if she want to trade it for my shredded fish and mashed potato appetizer (it was awesome by the way). She then proceeded to taste that strange looking ball, turned to me and said, “Don’t even think of touching it.” I guess she must have really liked it. 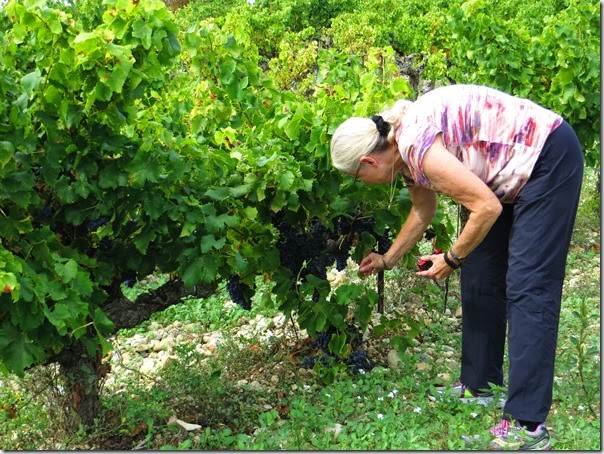 After lunch we had a hilarious time driving in a small town with very narrow streets. We may not have exactly been like Chevy Chase in European Vacation, but it sure did have all of us laughing. One of those, not that way, this way, haven’t we been on this street before, situations.

Just outside of the town we had stopped to take some photos of the grapes that were growing everywhere. At least I thought that was what we were doing as John. Judy and I were busy taking photos. Meanwhile on the other side of the road I photographed a grape worm happily munching away. 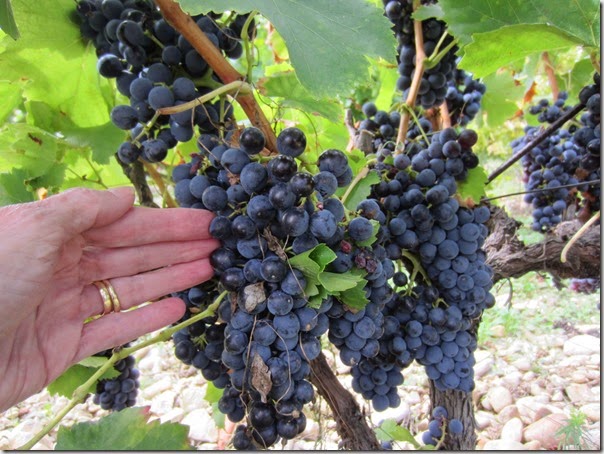 Secret photo of a grape worm appendage just before it plucks one of those luscious little fruits. It being quite violent in nature, it sudden came up to me and forced me to eat one of those little fruits, stuffing it into my mouth. The grape turned out to be remarkably sweet. No wonder the grape worm had such a huge smile on its face. Fortunately we able to capture it and drive away before it able to strip this vineyard of grapes. 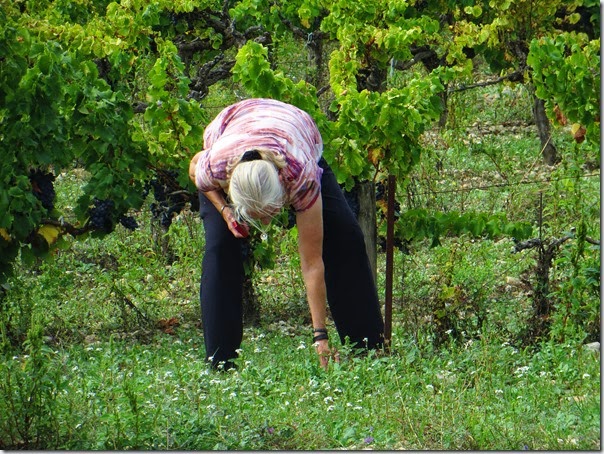 I almost forgot what with all the excitement over the grape worm, that I had I caught Linda in the act of snitching a rock from the same vineyard. Later, when confronted about this despicable act, (how will the grapes ever ripen properly if the stones that reflect the sun are removed from the rows), she claimed to have put it back. I am sure a search on my suitcase a few days from now will turn up where she hid it. 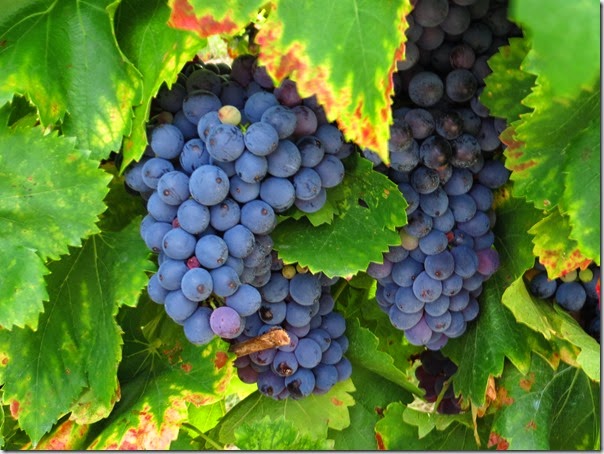 Wine prior to bottling. 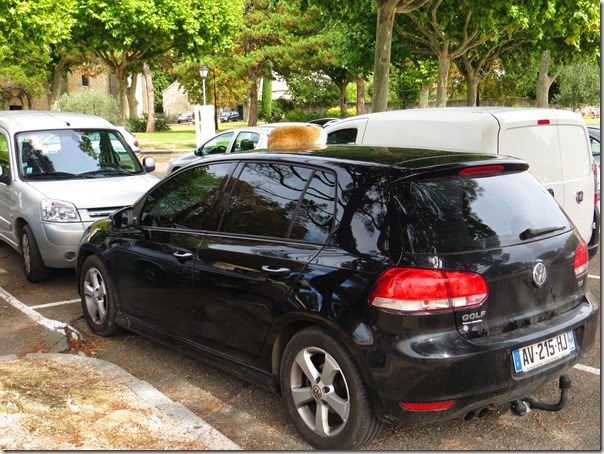 See the fur muff on top of this car? I thought it was a cover over a taxicab’s roof sign. 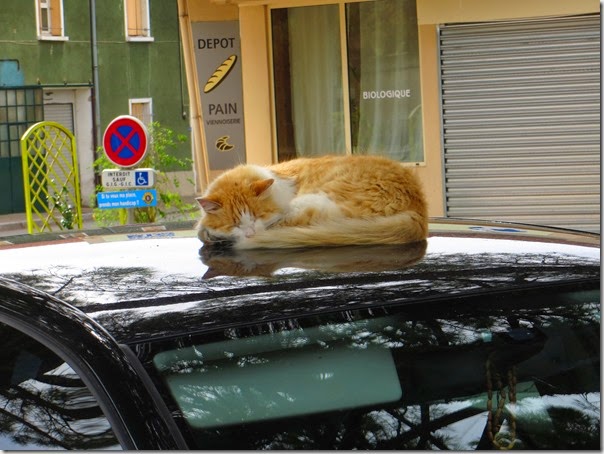 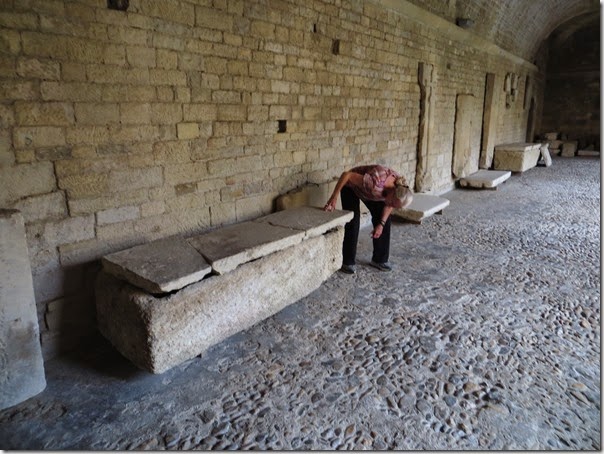 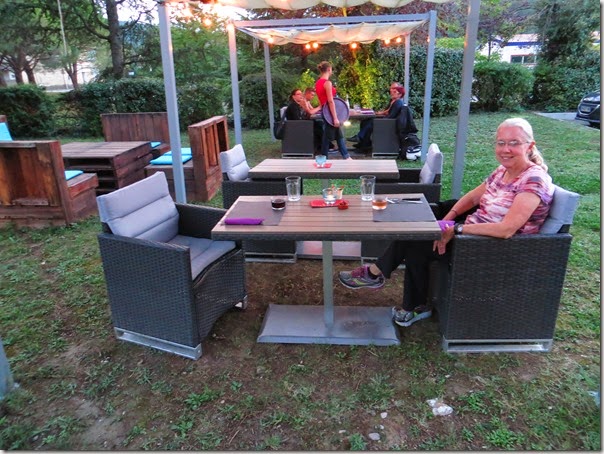 A light supper under the trees at a tiny little pizza place the locals rave about on the net. After my pizza and wine I had to agree, with Linda chiming in with two thumbs up for her wine and one for her pizza. And with that another great day came to a close.