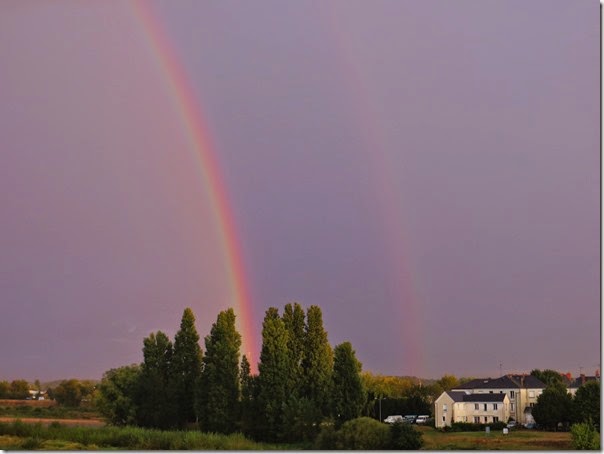 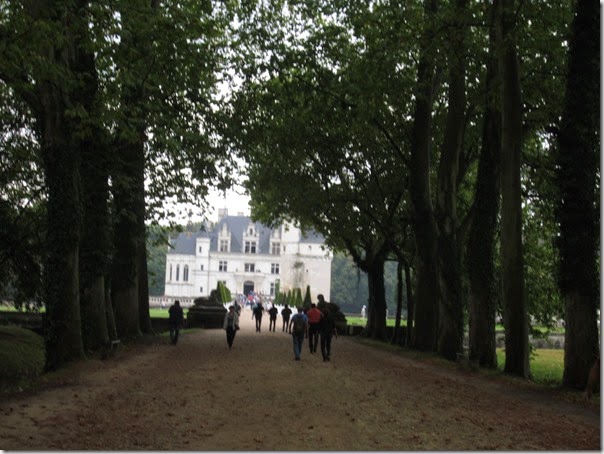 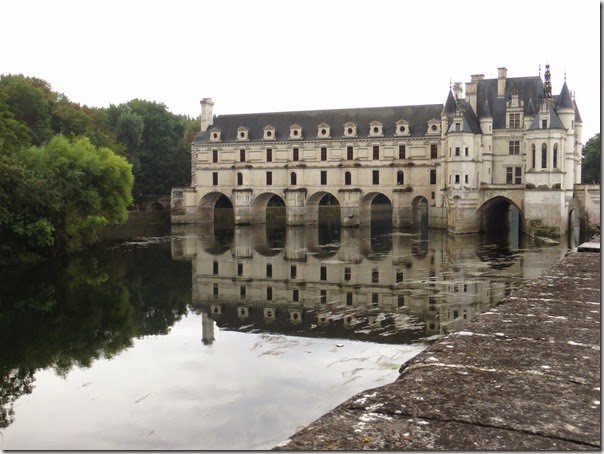 And it is easy to see why, even before going inside. Someday curiosity is going to do Linda in. Until then I’ll just keep taking her photo and I can report she discovered there were no dead guys in the well. 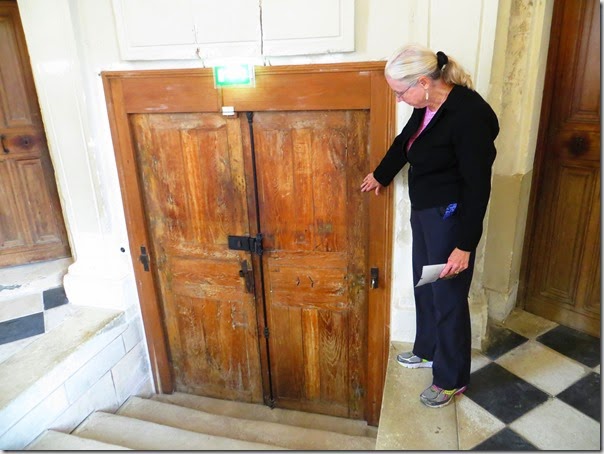 Linda’s favorite door in the chateau. We took almost the same photo the last time we were here. Even the stone floor brought back pleasant memories. The white squares are of  a much softer stone than the black squares making the floor very uneven. 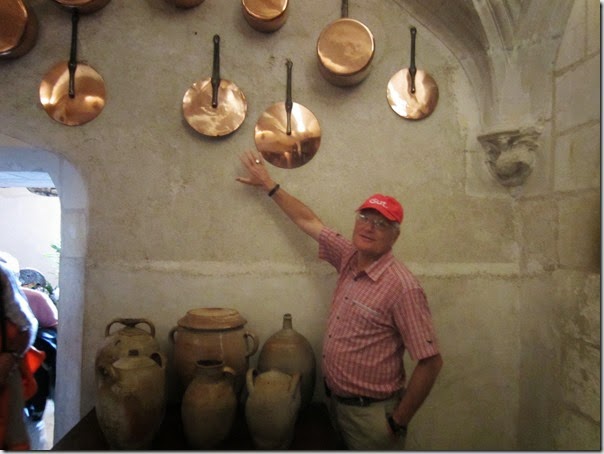 Linda got all excited over the giant pastry cutters hanging on the wall of the rooms of the kitchen. More than several times I was told to hold my hand up close to them in order to show how big they were. She really liked this smaller one, using her own hand for scale. Unfortunately for her that gave me time to really look closely at her overgrown pastry cutters. The result being that I discovered they were really pot and pan lids which the two rivets in the handle proved. There is one in the centered and another near the edge. Linda’s reply to my revelation, “Well, they sure looked like pastry cutters!” 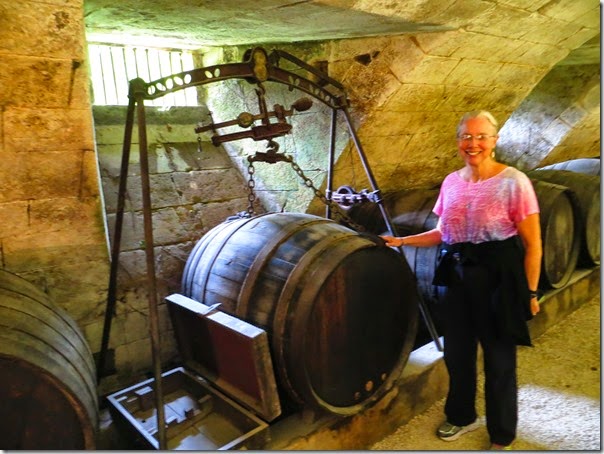 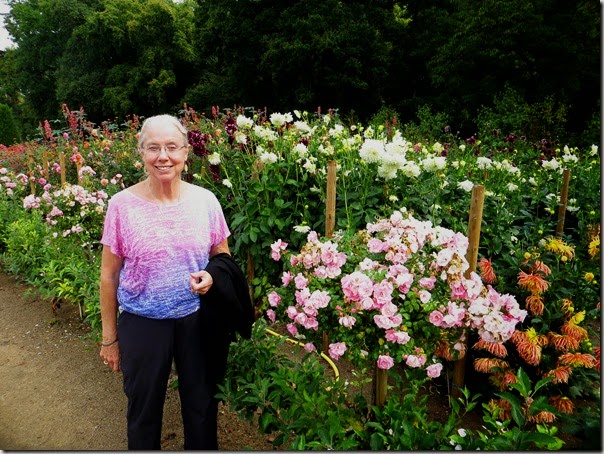 I wondered if she wore this top on purpose and discovered the answer was yes she did. Lucky Bob. 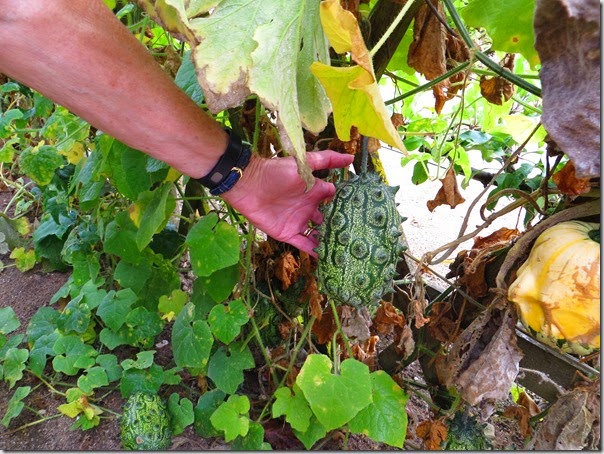 Just like last time, we found the gardens to be as fascinating as the chateau itself. And I might add that Linda touched all the different kinds of squash in that section of the garden including this very prickly one. 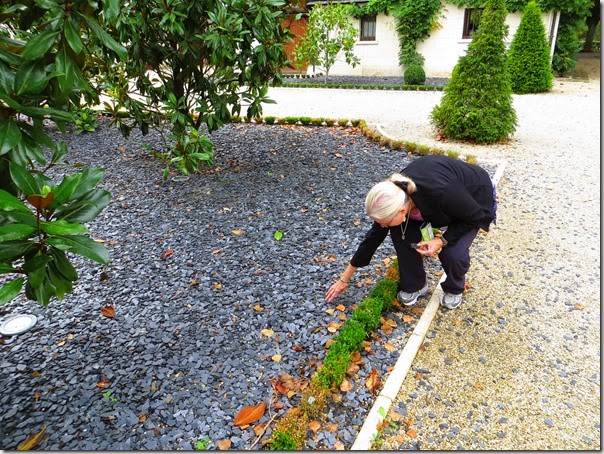 On the way out I was able to take a photo of this unidentified person absconding with several pieces of slate. Fortunately for her I have no idea of who she might be. Blind Smart Bob. 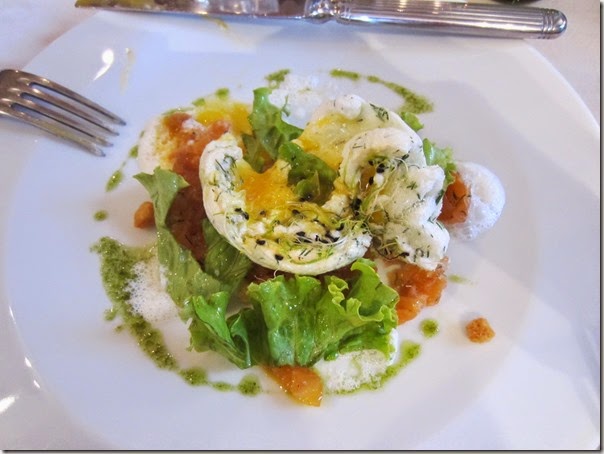 Later we had a wonderful French lunch at a quaint nearby restaurant. Linda’s salmon appetizer where she wasn’t sure what everything on it was, but whatever it was, it tasted very good, 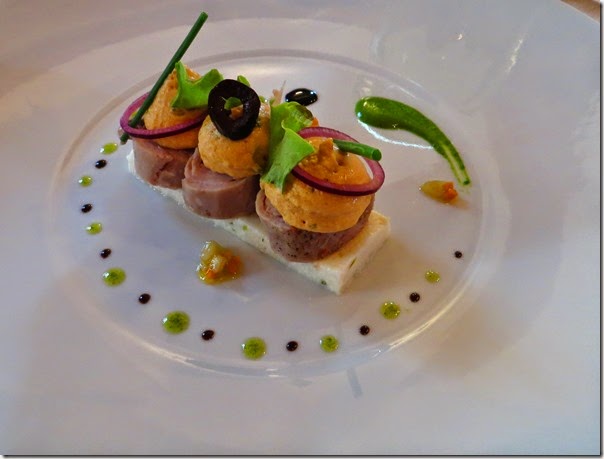 My rabbit appetizer. We got a good laugh when the waiter turned it a certain way when setting it in front of us, then turned it again in the exact same way after we had turned it to take its photo. 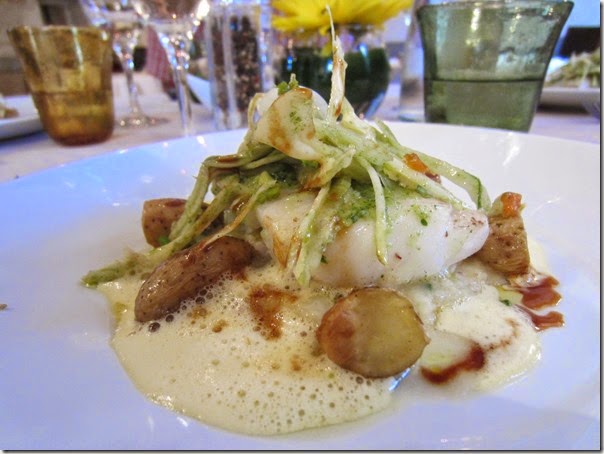 The main course, fish on mashed potatoes surrounded by a bubbly sauce and topped with raw cabbage. It was one of those, you had to eat it to appreciate dishes, and appreciate it we did. It’s also one of those meals where the entire menu was all in French so you really don’t know what all you ate, just that it was very good. 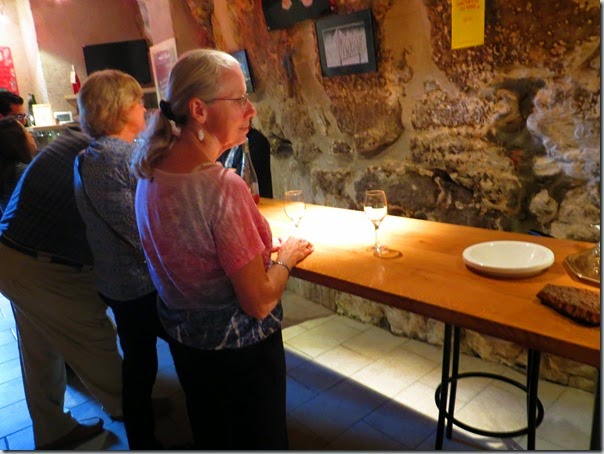 Afterwards we stopped at a nearby winery where John and Judy sampled and talked wine with the owner while Linda and sampled a couple of the wines and agreed they just weren't what we like. With a full day of wine tasting planned for tomorrow something tells me we will find a wine we like before the day is over. 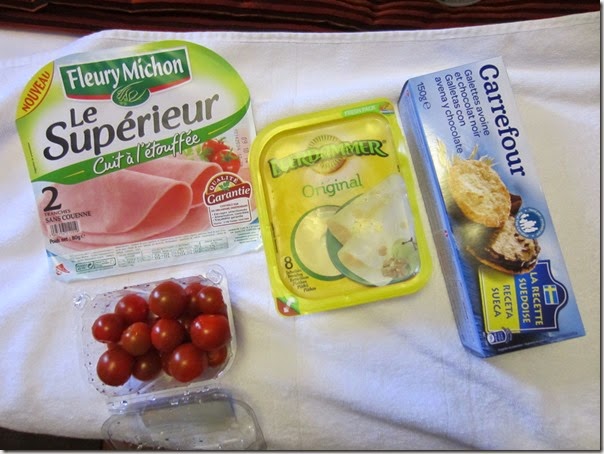 The day wouldn’t be complete without revealing what we had for dinner. It may have been radically different than lunch, but we would match those cookies up with any dessert we have had while in Europe. Though Linda would likely add that any meal where she can eat an entire container of tomatoes is just about as good as it gets. She really is a giant tomato worm. Another fun day with great memories, what more could we ask for.