It was seriously cold this morning, 35 outside and 44 inside, the cause being perfectly clear skies. Linda might have been born and raised in Appalachia, but that doesn't mean she was dullest knife in the drawer. Far from it, she is far smarter than me, which may just go to prove that I am actually the smarter one, having the good sense to marry her.

What this means is that once I finally got out bed, 8:27 being the magic moment when I first looked at the thermometer and wondered what I doing getting up for this, I proceeded to don layers and play with the Droid until the inevitable shaking of the coach signaled that the grizzly's nightly hibernation was coming to its end. Imagine my astonishment as she came up front, started the generator, turned on the heat pump, and said "You might like it cold, but I don't." I was so shocked I didn't know what to say, so luckily that is exactly I did. Good Bob. Warm Bob. 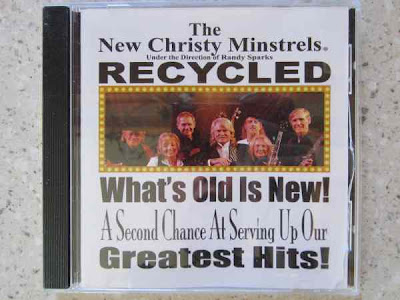 Our secret as to what we did today is now out, though there was a hint in the title. The reason we made sure to get here this week is because the annual New Christy Minstrels two concerts are today and we had tickets for the 2 o'clock show. We decided to walk over, one because it gives us exercise and two, because the Explorer has been a little stubborn about starting as of late. Rather than take a chance that it would throw a fit today and not start, we opted to leave at one o'clock to walk over. I won't go through our discussion as to the best time to leave, but I will say that we compromised with Linda getting her way and me getting my life. 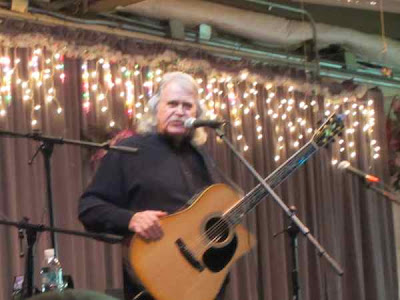 We are not groupies. I can honestly say that because we were once groupies for another group, driving long distances to all their concerts and securing front row seats to every concert. Once the leader of that group came off the stage during a performance, sat beside Linda, put his arm around her and sang Unchained Melody to her. Those days and that group is no more, but if you want to talk groupie, that's a groupie, and we even had three little kids at the time who were stuck with some poor babysitter those nights. 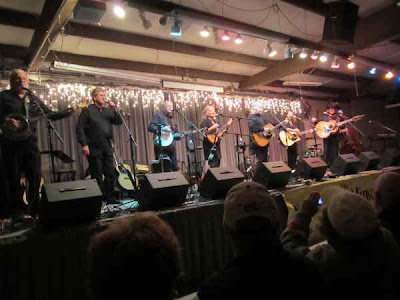 It took a little longer than we anticipated to walk over to the QIA, even though we had allowed time for Linda to remove rocks from her Keenes. It may have been the hat blowing off her head that caused the problem, or maybe it was just that it took longer than either of us figured it would. It worked out in the end as even though it was open seating, we got seats in the second row at the left side of the stage, which balanced out the time we had seats on the right side side of the stage several years ago. 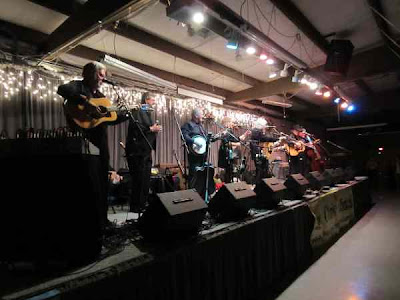 Since Linda walked down to the end of the stage to take this photo, I'd better use it, so here it is. I was so into the music I forgot to take a single photo, but lucky for me, Linda isn't no screaming wild eyed groupie, at least not now. As always it was a great show, full of laughs and great music. I will say that as long as The New Christy Minstrels keep coming to Quartzsite, whenever we are here we will be attending their show. Life is simply to short to do anything else, plus a person has to know when limitations are for someone else.