A day in the desert 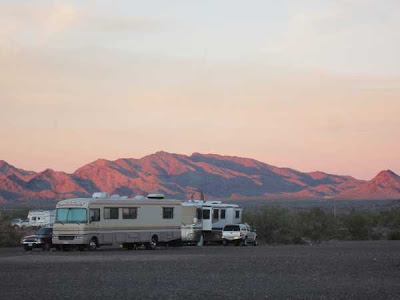 Interesting start to the day after the non-naked naked bookseller's concert, what with the glorious sunrise that met us this morning. As much as I hate to admit it, it wasn't I that was up at an early hour to see the sun reflected on the eastern mountains, it was Linda!! Yes, for the first time in eons the Grizzly was up at dawns early light. Though I must admit she said the reason for it was that I was breathing in her face and woke her up. I will go out on a limb here and say that was a Good Bob. What can I say, I know I'm good, it's Linda who expresses the occasional doubt. 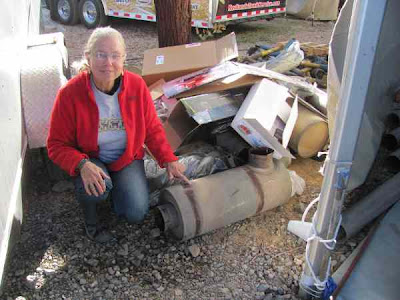 Part of the reason for being up so early was we had an appointment to have a few things done to the coach. This is the old one, and to clarify, it is the muffler I am referring to. 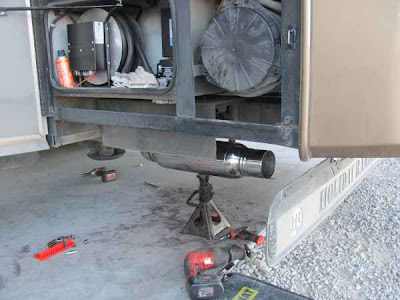 The new one which is quite a bit slimmer and should perform much better, again referring to the muffler. This, along with a new air filter and chip should give us improved fuel mileage. Only time and miles will tell us if it was a wise decision or not. 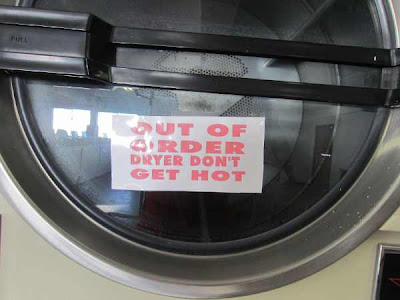 In among the improvements to the coach was a trip to the laundromat. There are a number of places to wash clothes in Quartzsite, and each seems to have something that sets it apart from the others. This one, which is next to the Shell station had some interesting signage. 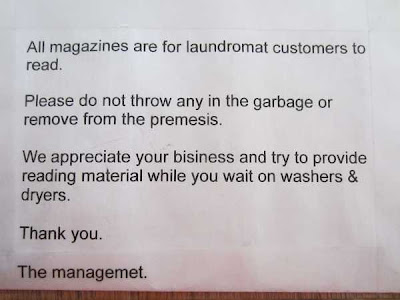 Looks like they have a serious problem here. Maybe their motto is: You can has spelling or you can have grammer, but you can't have both at the same time. 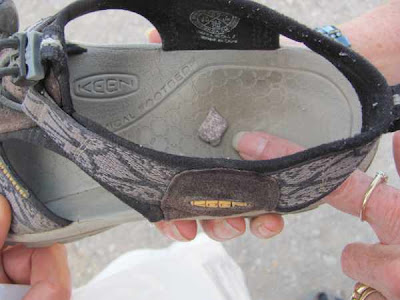 Linda has come a long way from the days when a grain of sand in her sandal would have her hobbling and complaining like it was a boulder. Now when she says it's a rock, it sure is a rock. Wonder if some of those other interesting traits she has are also going to change? Something tells we that is an "In your dreams" kind of thing. Of course if we hadn't dreamed of living the full time Life we'd still be living our old life, so there's always hope. Guess that's what I am today, Hopeful Bob.