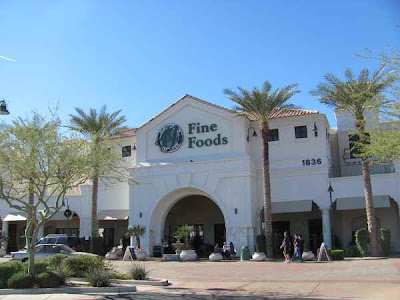 Our day of shopping actually started at the Apache Junction Post Office where both the package from our daughter Jenny and our forwarded mail package were there. Yesterday Linda had spent nearly a half hour in line only to learn the packages were not there even though the online website said they were. This morning she only had to wait several minutes and they found them with no problem. I guess the mail people had overheard her practicing what she was going to say and do if they claimed the boxes were not there. I can tell you it would not have been nice, and in fact it would have been bad, very, very bad. At least my worries about having to go down and bail her out were for naught.

Next was a stop at Sam's Club where we spent a whole bunch of money and bought enough food to last us until months from now. Nothing like a Sam's Club to get Linda into the buying mood. Take for example the 10 pounds of almonds or the four pounds of chocolate chips. And that is just the tip of the iceberg. To say the refrigerator is full is a colossal under statement. But are we ever going to eat high on the hog for the next month.

Our next stop was at AJ's, a local chain that has specialty foods. We have shopped here before when in the Phoenix area, but today it just wasn't right. Ever walk into a store and have the feeling that it really isn't what you are looking for? That is how we felt at AJ's. Sure the meat counter had all kinds of great cuts of meat and fish, but the prices on everything else were way higher than we have paid anywhere else. We'd actually picked up a cart and put a loaf of bread in it when we realized this wasn't the store for us, and left. 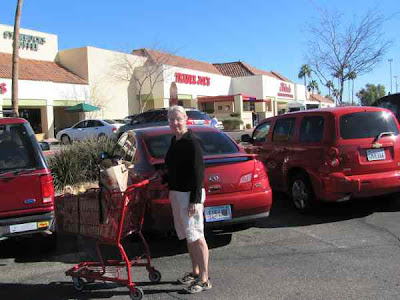 We ended up back tracking a few miles to our all time favorite store, Trader Joe's, where we bought old standby's as well as things we had never bought before. We actually had to tell each other No! several times as we looked longingly at items from our past life. We bought more than we thought we would, but with some inventive repositioning of items in the refrigerator as well as some selective culling of older items, we managed to cram everything inside. Besides, if it was easy everyone would do it. 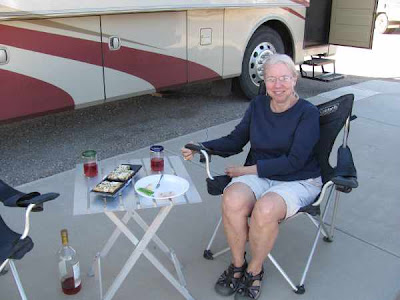 Lunch, sushi and a glass of wine. We laughed as we thought back 45 years ago, the day of our first date, but also a time when Linda would never have eaten Sushi, wasabi, pickled ginger or drank wine. It has been a long road taking the girl out of Appalachia and a good bit of the Appalachia out of the girl, but what fun it has been. 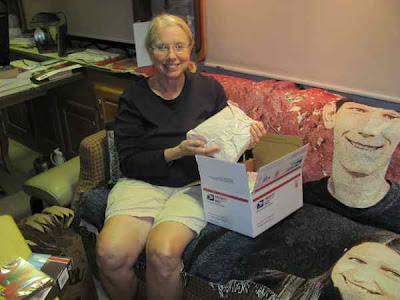 This was also a special day for Linda and she had presents to open. I was amazed that it has been 45 years since I first got to know her, though it is miracle we ever had a second date considering our first date. As she says, she couldn't believe it that I called and asked her out after our blind date. Especially after what she did on our first date. I don't know why I did either, maybe I thought that no one could be like that two dates in a row, or maybe I just knew that this girl was the one for me. What ever it was, 10 and a half months later we were married and the rest has been a bear. No, just kidding. Life may be what you make it, but as for me, I have been one very lucky guy. And all because of a blind date 45 years ago tonight with a girl that had a boyfriend at the time and was also a teenager to boot. Thanks Sara!!! Plus, as Linda has said to me, "You were a college senior and had possibilites." Maybe those Appalachian hill girls aren't as dumb as they let on.