A cold day in Livingston 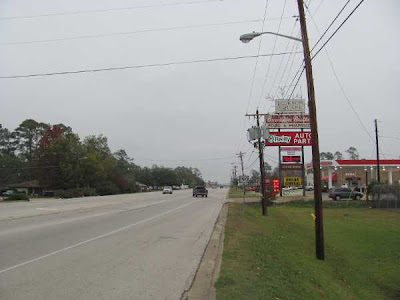 We went into town early this morning, Linda getting her Well Woman checkup, which confirmed she is a very well woman. As we drove to the Doctor's office I asked how long she thought she would be. "Probably a half hour since it is early and they won't be backed up yet." Famous last words, try an hour and twenty minutes. My plan had been to walk around town, looking at the buildings and doing some exploring of the side streets.

You know that adage about how people were healthier in the old days because they walked a lot more? I got that exercise in more ways than I planned. Because once we were done at the Doctor's office, there was a stop at the Post Office to mail a certain box full of Christmas presents. As Linda headed into the post office I heard her say, "Why don't you walk down to the Library, and I'll drive down." Google says it is six tenths of a mile between them. My legs said it was somewhere between six and ten miles. And my hand that was carrying the books I was returning said it was 20 below. I think I may be getting old! 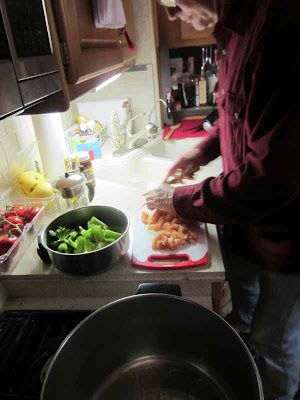 For dinner we were going to make gumbo, though it actually turned out to be a cajun gumbo, based on the recipe we used and the ingredients we bought. The more I read about it, the more it seemed like gumbo has more recipes than there are folks who eat it, so we borrowed from several recipes to come up with our own version of sausage (boudin) and chicken gumbo. That plus using a store bought jar of roux, which is probably an affront to gumbo purists, but everybody has to start somewhere. 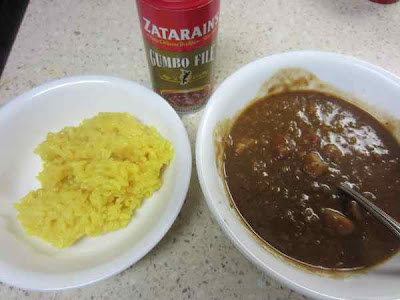 The Gumbo. Was it ever good. Was it as good as Sue's gumbo? Definitely not. Was it good enough for a first attempt? Definitely. Are there more attempts at cooking gumbo in our future? Most definitely. Could we probably get better tasting gumbo at a restaurant than what our first attempt produced? Most likely. But Life is an adventure and if we always take the easy way out, what is the result?