To the Rhine Valley 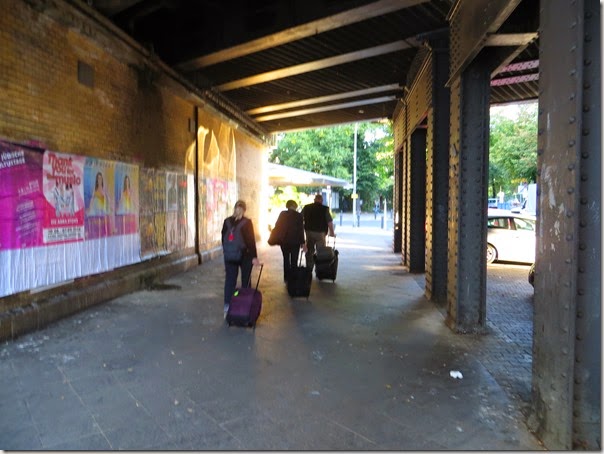 Shortly after 7:30 we left our hotel home for the past few days and walked up the street to the Savigyplatz S-Bahn station. 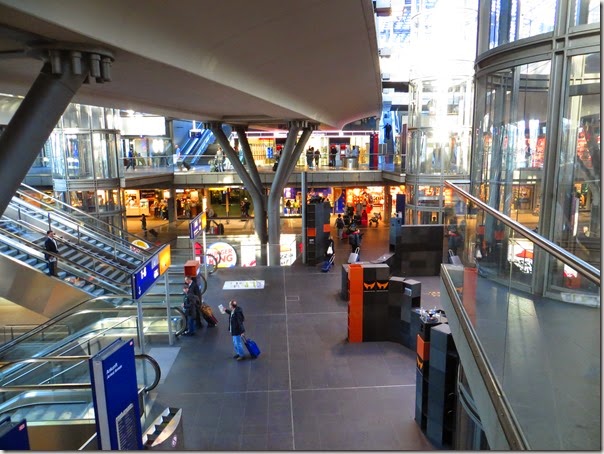 The Berlin Hbf (main train station) was built after the reunification of Germany and is a most amazing place. This photo doesn’t do it any justice but at least I thought to take one while we were there. 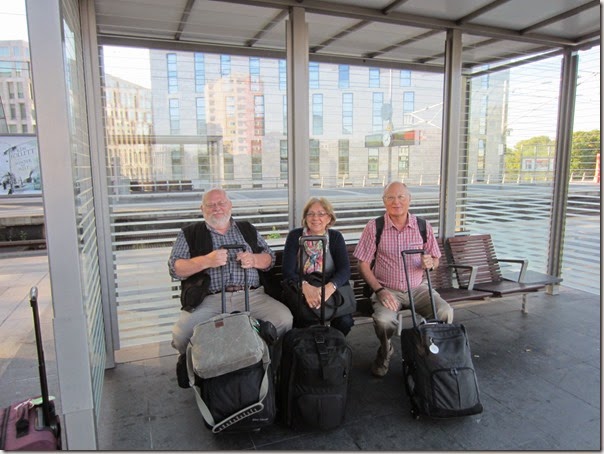 Waiting on our train. We were taking an ICE (Inter City Express) from Berlin to Frankfurt, then changing to local trains for the last segment of our trip to St. Goar. 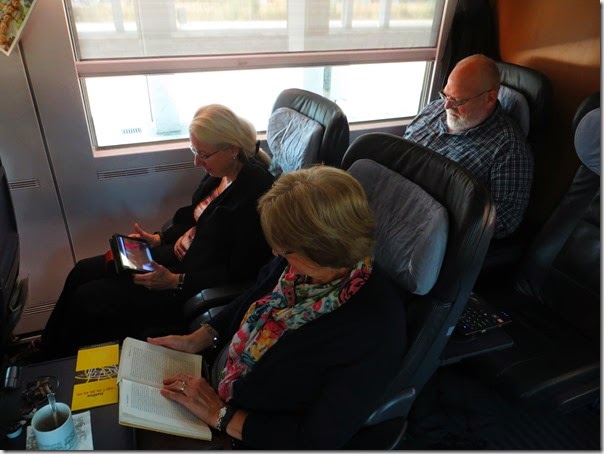 A group of First Class passengers having a relaxing trip. We had bought these tickets shortly after they first went on sale three months ago and paid a fraction of what a ticket bought in the last several days cost. 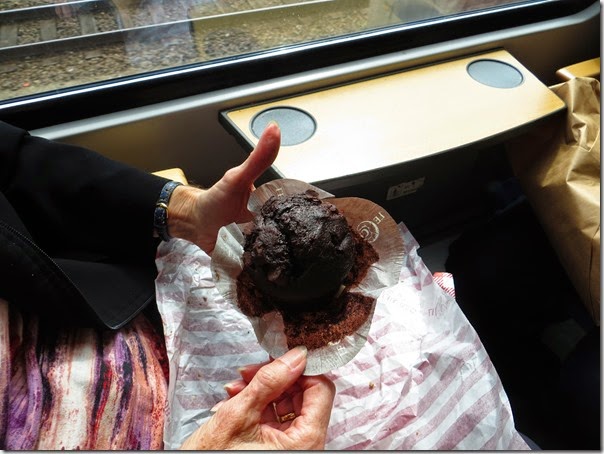 We had 20 minutes between trains at Frankfurt, so we bought sandwiches to eat on the last leg. I did say sandwiches didn’t I, except this doesn’t look like a sandwich. The dessert queen actually had a small caprese sandwich before she opened a second bag containing the above. I was allowed to eat from the bottom, however the top with the big chunks of chocolate on the surface was declared off limits. Obedient Bob. 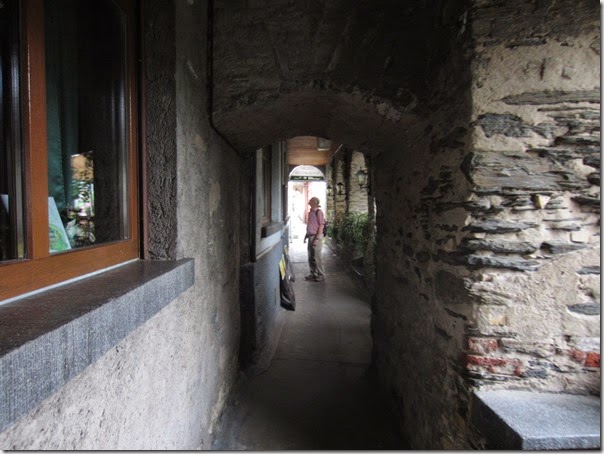 After getting to our hotel in St. Goar, one of the ones frequented by Germans rather than Americans, which also makes it the best kind to stay in, we took a short train ride to Bacharach. We have stayed in this town a number of times over the years and it was almost like seeing an old friend. I really like walking along the old town wall with the trains roaring by a few feet away. I guess you could say I am not a person who comes to Europe to visit art galleries. I have nothing against those who do, but Linda and I have our own way of traveling, and this is part of that way. 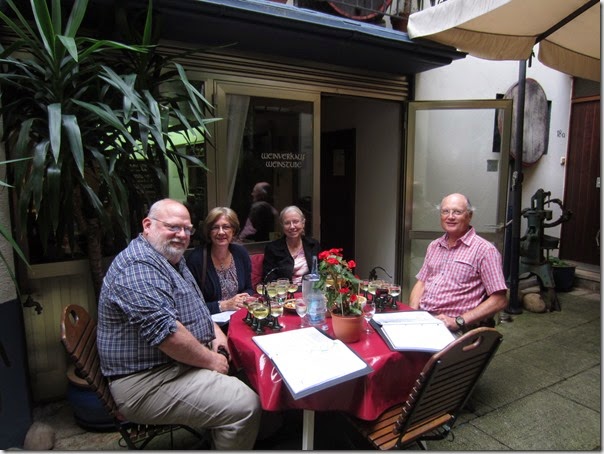 A wide space between two buildings, a few tables and chairs and an evening of fun. 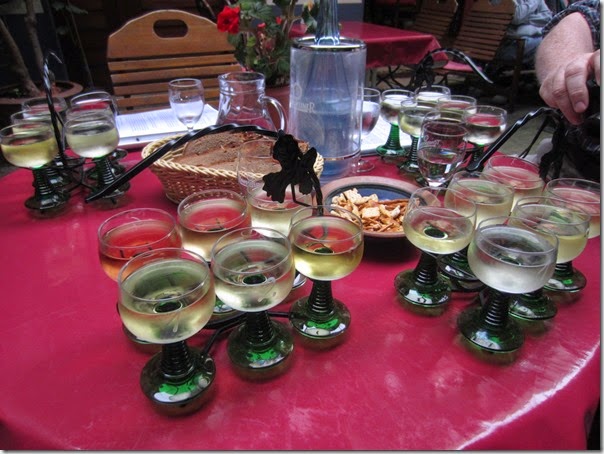 It was a weinstube and they had an assortment of wines you could taste. 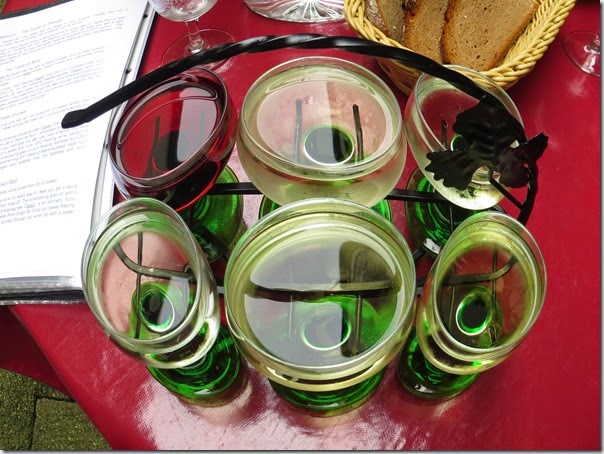 As with any wine tasting we liked some of the wines better than others. 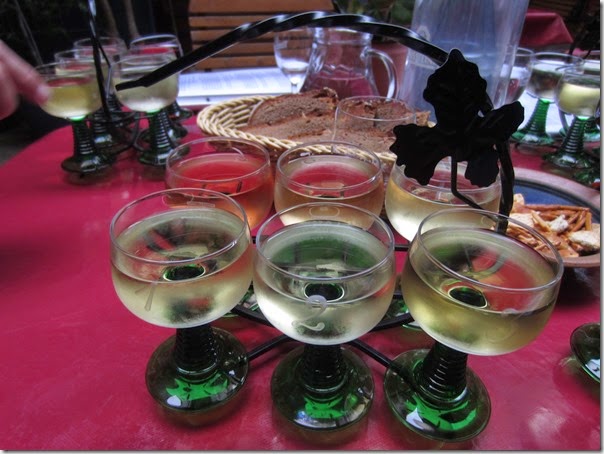 Linda would probably say something if I were leave out the photo she took of her assortment. 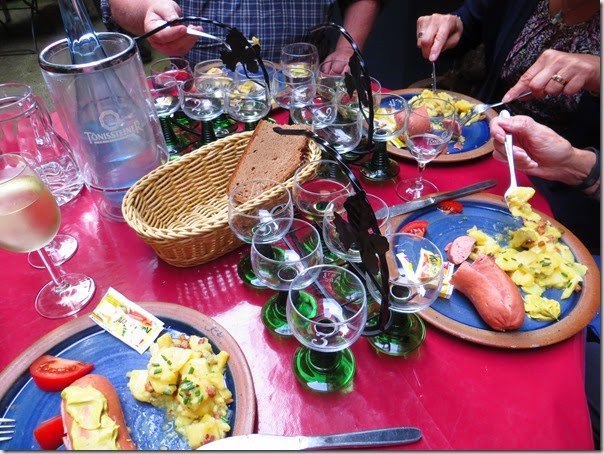 Good wine should be pared with good food, and was our food ever good. It was just another fantastic day as we switched tour companies, leaving Berlin by Bob behind for Robert’s Rhine Route. You want the best it costs, but you get your money’s worth is what I always tell my customers, or will now that I just thought of it.