Another Day in Berlin, Germany 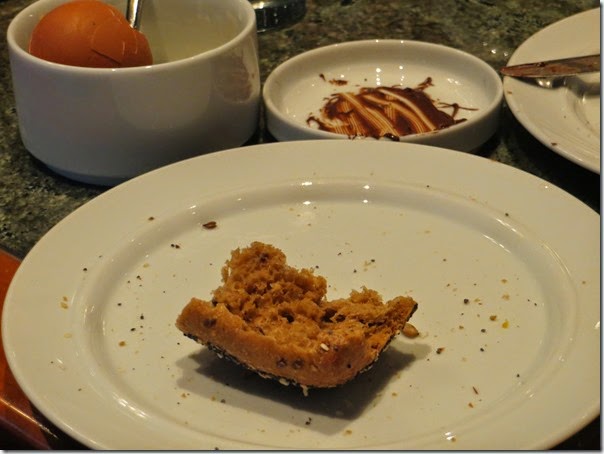 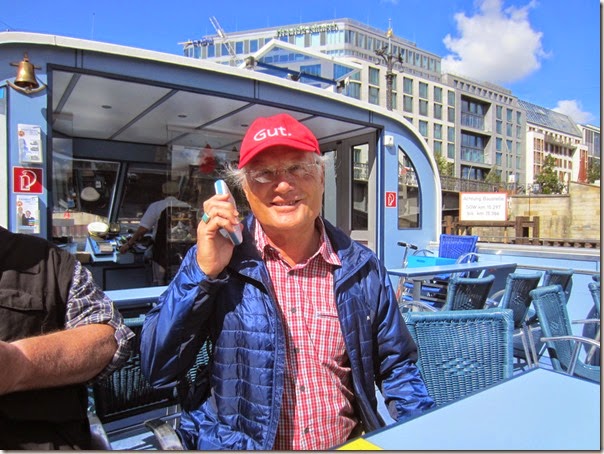 One of the activities the outstanding leader of the Berlin by Bob tour had planned for the day was a boat trip on the Spree, the river that passes through the middle of Berlin. Getting the group to the boat just minutes before it departed for the one hour cruise, the tour leader donned this hat which he had just recently acquired. When you are good you are good. Or to hopefully say it in German, Wann du sind gut, du sind gut. Gut Bob. 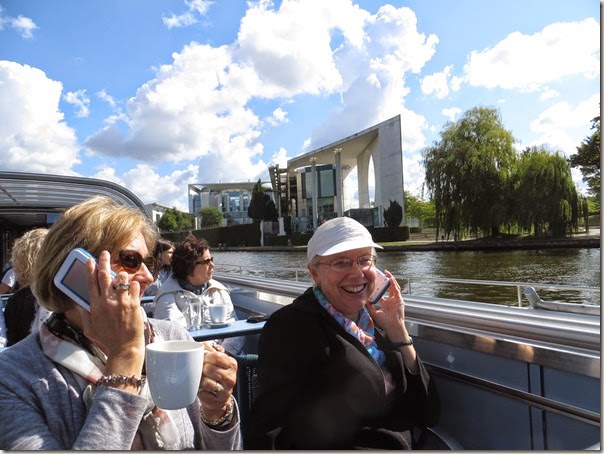 Two happy members of the tour listening to the commentary on the audiphones that are provided by the boat company. They provide the commentary in multiple languages and it is co-ordinated with the location of the boat on the river. Talk about a relaxing way to see Berlin from a totally different perspective. 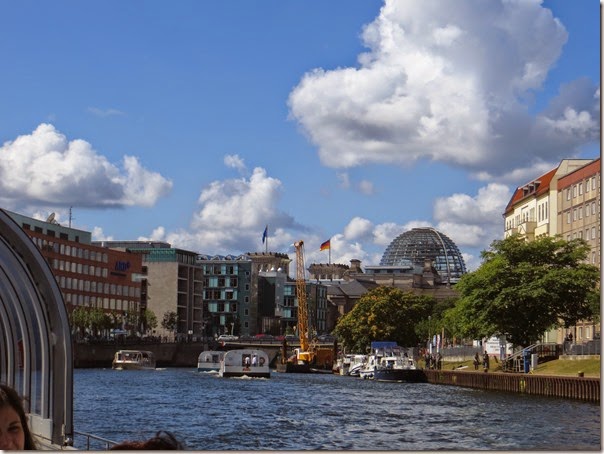 The dome of the Reichstag in the background. A few nights ago we were standing at the top of it looking out over the city. The problem with visiting a city as stunning, varied and filled with as much history as Berlin is, is that it is impossible to even touch the surface of what is here. The alternative is to literally rush from attraction to attraction which is a way to see many things but to appreciate none of them.

Living in a motorhome, our Life is traveling. In that Life we try to slowly move from place to place so we can experience, not just see. We use that same philosophy to travel in Europe. But in the end, whether you travel fast because of time constraints, or more slowly because you have the time, at least you are traveling. 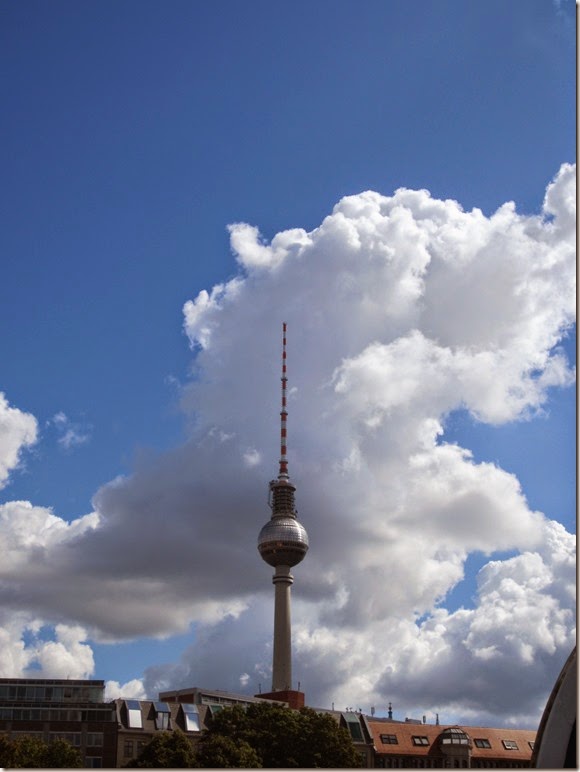 The TV tower built by the DDR looms over the city. 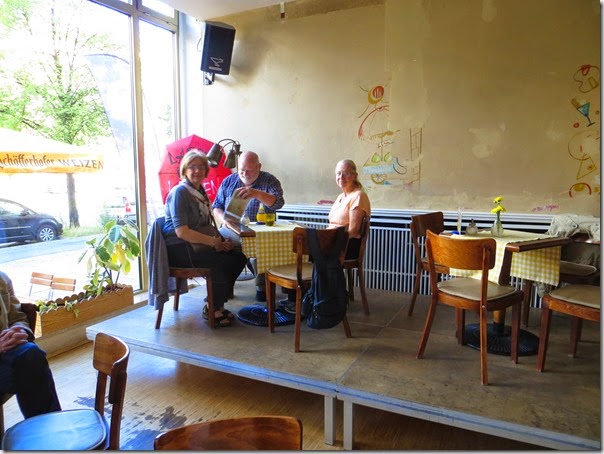 Lunch in a small café in east Berlin that still retains the “ambiance” it had during the DDR days. We had to love the too small tables and uncomfortable chairs.

Some of the artwork from the bygone days of the DDR still adore the walls. 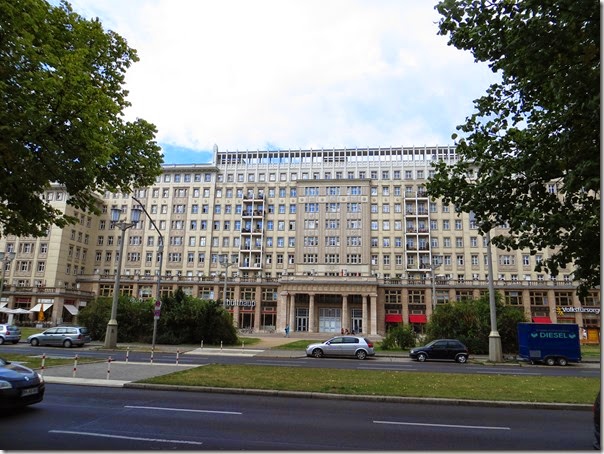 The café was on Karl Marx Allee, the wide boulevard Stalin had constructed after the war. When the buildings were designed and built the DDR chose an architectural style that Stalin liked. Wonder why? Maybe because most of the money for the construction of the buildings came from Moscow? Or maybe it was because what Stalin liked everybody had to like, and what Stalin didn’t like was only ever proposed once, and then it was off to the forced labor camps for whoever proposed it. 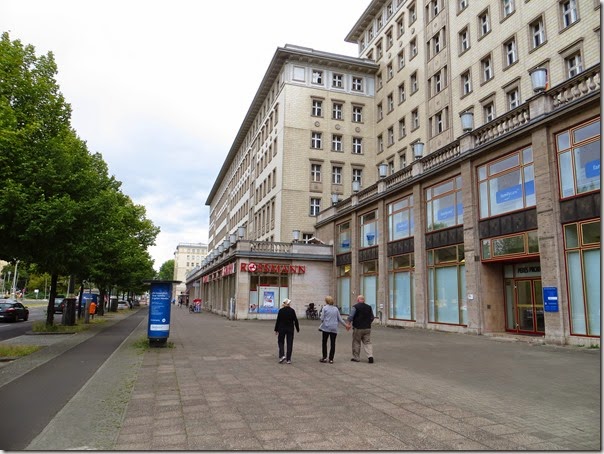 Walking down the street wondering what life would have been like in the DDR days. What would those early socialist/communist leaders think if they could see the bourgeois capitalist criminal dogs that have taken over the shops and stores that provided the goods that made sure everyone had had the same lifestyle and economic level, however meager and unfulfilling it might be.

I found it interesting that in Scandinavia the corporations paid very low taxes while the people paid very high taxes. Their reasoning being that the corporations and business provided the jobs for the people. The people where the ones who got the benefits, so they were taxed to provide those benefits. Just the opposite of the USA. It is not something where there is a right or wrong, just differences of opinion on how best to achieve an end. The end being a satisfying lifestyle for each and every citizen in the country. 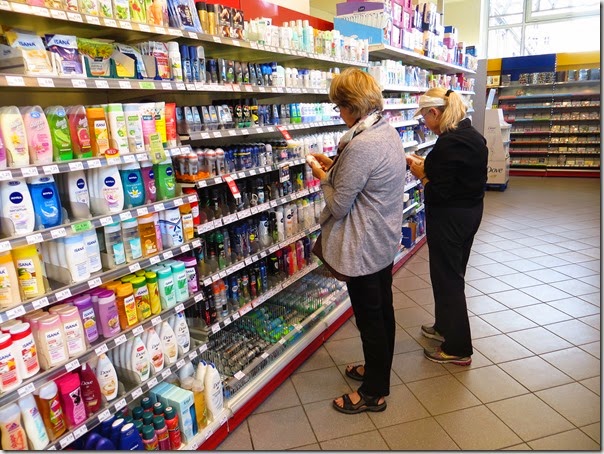 Could this be two little old DDR ladies shopping? It couldn’t be because there are more than just several items on the shelves, otherwise it could be a scene from the pre-reunification days. Though the little old DDR ladies in the photo would have likely had the typical little old DDR lady red hair. Bob, who is going to be in big trouble when Linda reads the foregoing, but it was fun writing it anyways. 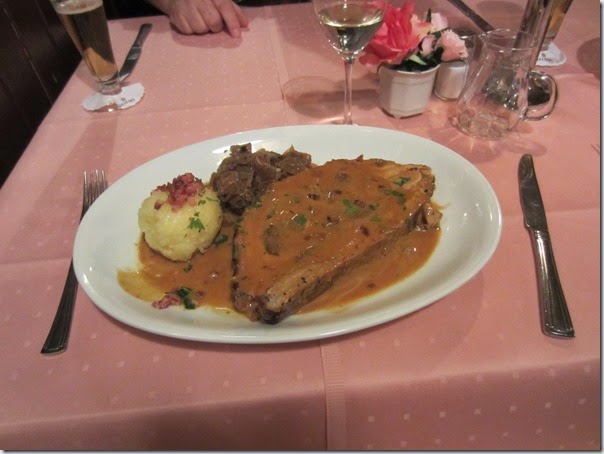 It was our last evening in Berlin, and as luck would have it, Berlin by Bob was able to secure a reservation at a top rated restaurant near where we were staying that was famous for its East Prussian dishes. Talk about good food, the kind you have never experienced before, this the place to have that experience.

Pork stuffed with apples, raisins, prunes, rye bread and a wonderful combination of seasonings. Potato dumplings to die for. Cooked cabbage and onions seasoned to perfection. And don’t even ask about the sauce that covered the stuffed pork as it was simply indescribable.

At the end of the meal the owner came to our table and offered us a free after dinner drink. Linda chose a glass of port, John had schnapps while I opted for what was called the national drink of East Prussia, but unfortunately I can’t recall what it was. It had a delicate caramel color, it had a sweet honey like taste, it was very good indeed.

And that is the perfect way to sum up our time in Berlin, it was very good indeed. Berlin is city that many hesitate to visit, but one that everyone who visits vows to come back to again some day. It is that special of a place. And as for those few individuals who have had the good fortune to experience Berlin via a Berlin by Bob tour, I’ll just say that they get far more than their money's worth. With a slogan, Berlin by Bob, Free and Worth Every Penny, you just know it has to be the very best tour your money can buy. Proud Bob.