A Day in Halberstadt, Germany 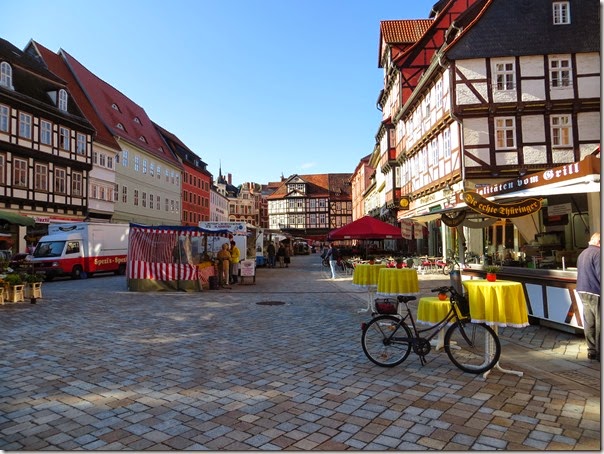 It was market day in Quedlinburg but any shopping in the Marktplatz was going to have to wait until we returned from our trip to the nearby town of  Halberstadt. 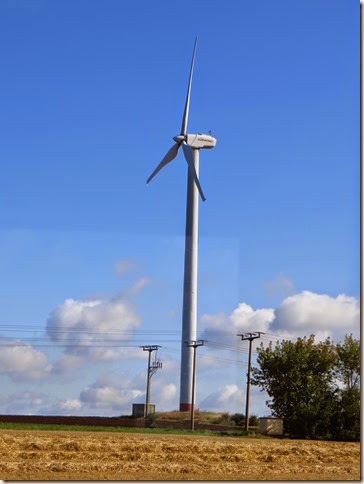 We see wind generators everywhere we travel. Germany has made the decision to go green in the generation of electricity. Imagine that, government and the populace working together for the betterment of the society as a whole. 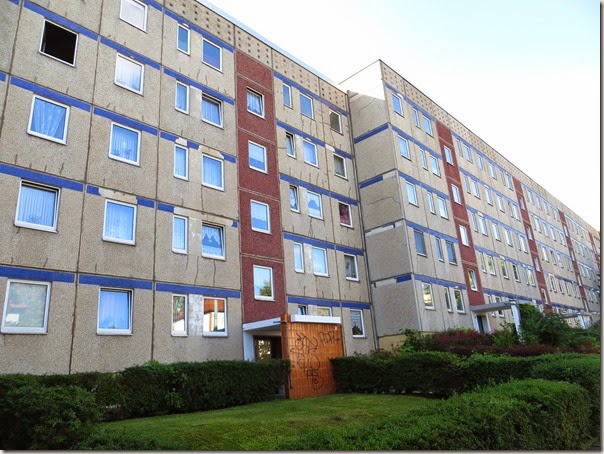 Halberstadt which was over 85% destroyed in the war, is a town where the giant apartment buildings of the DDR line the streets. 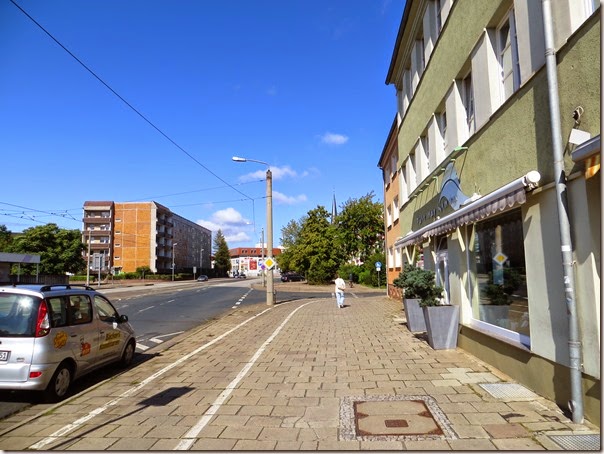 Wide sidewalks and tram tracks are another reminder of how the rebuilt city was designed on the socialist model. 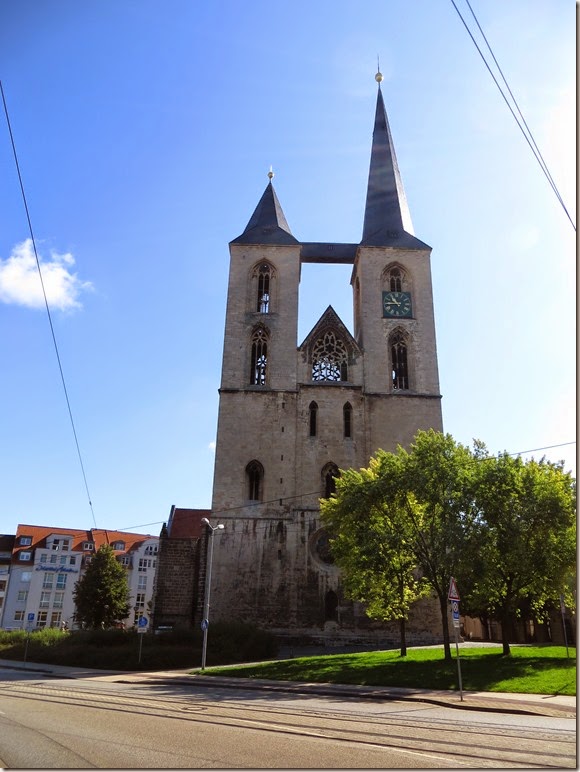 One of a number of church buildings whose spires can be seen walking around the city. 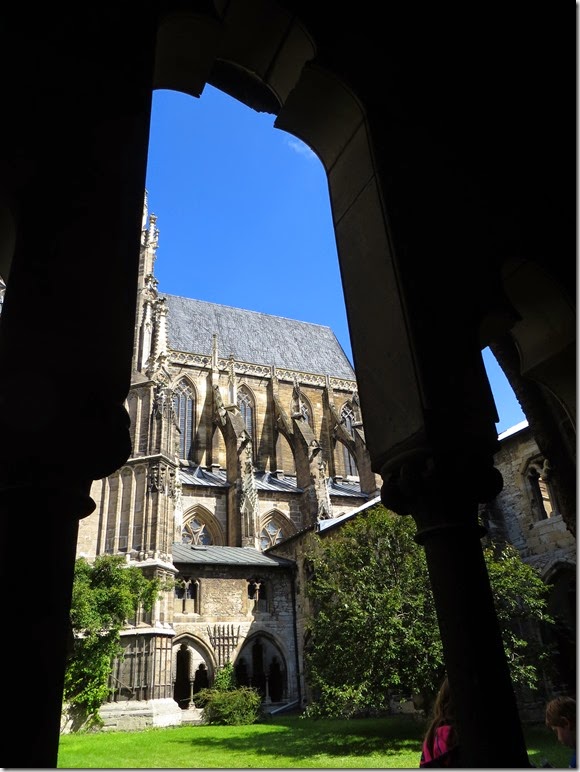 View of the flying buttresses of the cathedral as seen through an opening in the cloister. 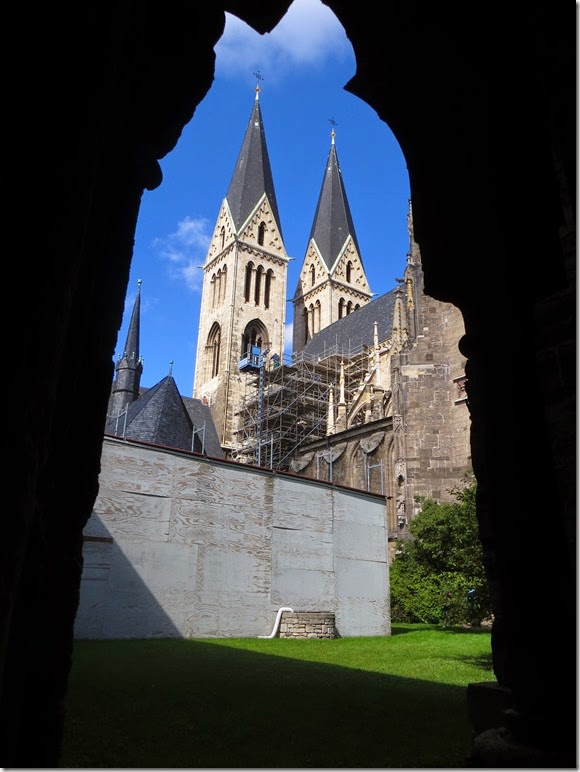 The twin towers of the cathedral. The East German government undertook reconstruction of the cathedral which had been badly damaged during the war, but it was all cosmetic on the outside. 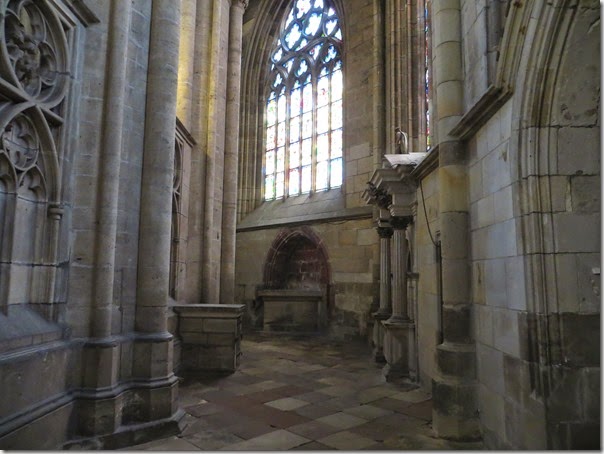 Next to nothing remains in the interior, and in parts of the cathedral the repairs were done using concrete instead of replicating the original stone. 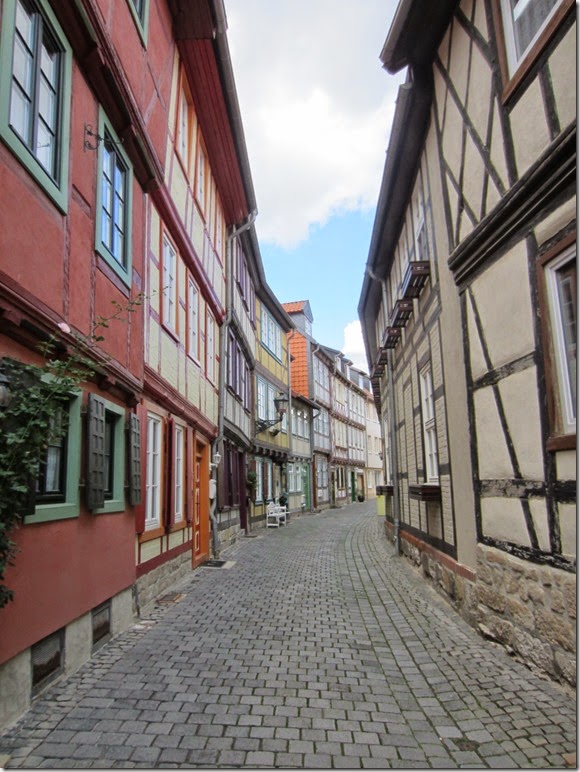 There are only several short streets that retain the original medieval buildings and curved meandering street pattern. 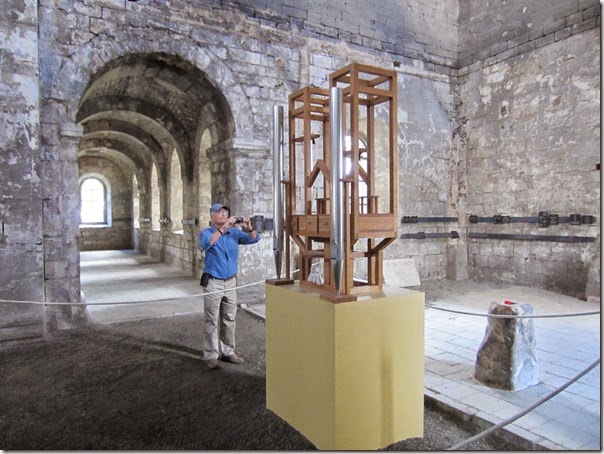 The reason we came to Halberstadt. To listen to John Cage's organ composition “As Slow As Possible”. The key word here is slow because this piece, written in 1987, began with the first note being played in 2001 and will end in 2640, with the organ having played continually for 640 years. The current note, the twelfth of the piece, began being played on October 5, 2013 and will play until the next note change on September 5, 2020. As new pipes are needed over the years they are being added. Link to the Wikipedia article on this most unusual performance.

A most interesting organ

Hopefully you can hear the note being played which is not easy to hear even when you are here in person. Don’t pay any attention to the poor lost soul wandering around in the background, I think she might be hunting for the organ. 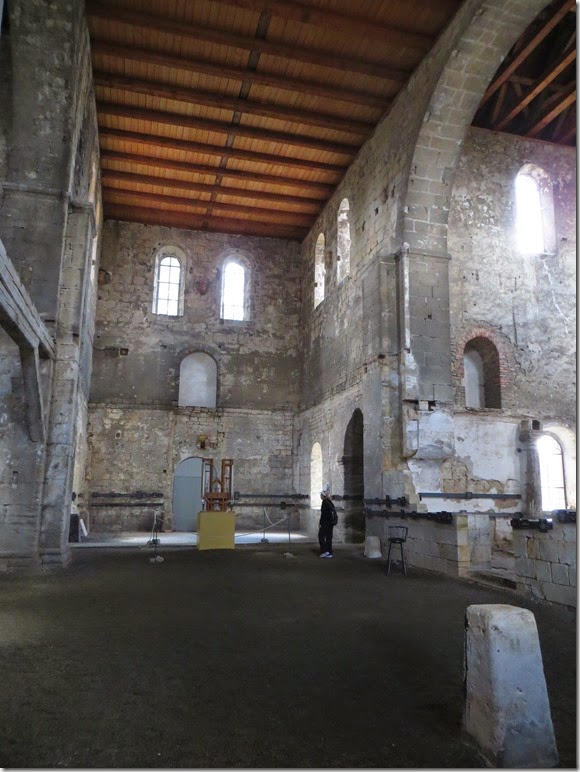 This was not an easy place to find, (let’s just say we broke new ground in getting lost and trying to communicate with people who spoke no English) and even when we found it, it wasn’t what we expected to find. It is however one of those, we are glad we took the trouble to find it kind of places because even though it wasn’t what we expected, it was far more than we thought it might be. Remember, the only reason you climb the mountain is see what there is no other way of seeing. 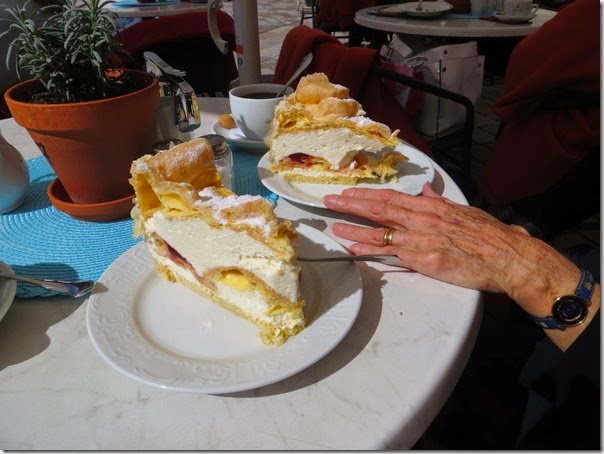 Back in Quedlinburg we took time out to enjoy a cup of coffee and a piece of Brocken torte at an outside table. The Brocken is the highest peak in this part of Germany, and it looks like this torte is aptly named. I’ll leave with this photo of the restaurant we didn’t eat at tonight. I’d picked this one out because it was highly rated on a number of websites and Linda was really looking forward to  having one of their pork dishes.

The chalkboard sign on the right translates to: We are on vacation until Sept. 2.

So much for my good intentions. We did find another restaurant back off the beaten path and had an excellent pork dish, so Linda was satisfied. Still, this is just another reason to come back someday to this town that thankfully most American tourists bypass.