An Interesting Day in Berlin, Germany 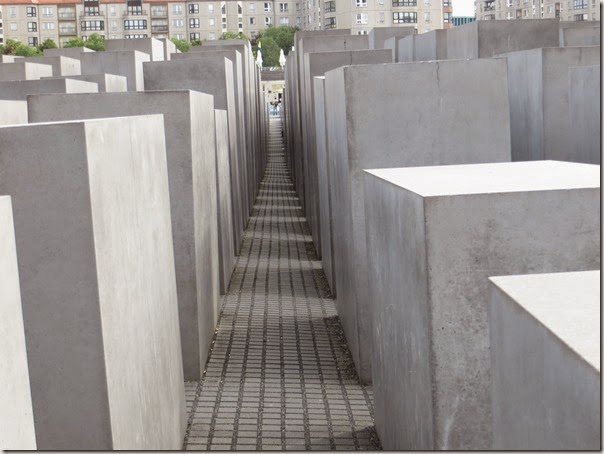 The disorienting Memorial to the Murdered Jews of Europe. There are memorials in Berlin to the many different groups of people singled out by the National Socialists as needing to be exterminated so as not to dilute the so-called Master Race. 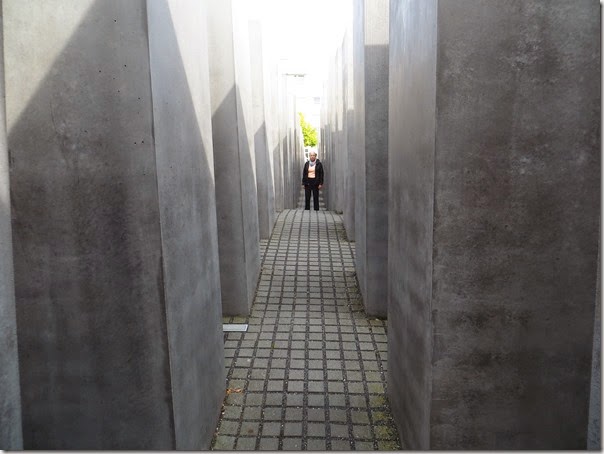 It is impossible to convey the emotions one feels in such a place. 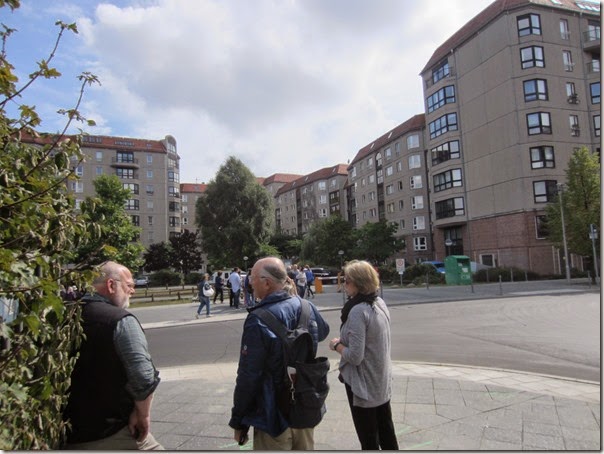 At the location of Hitler’s bunker. 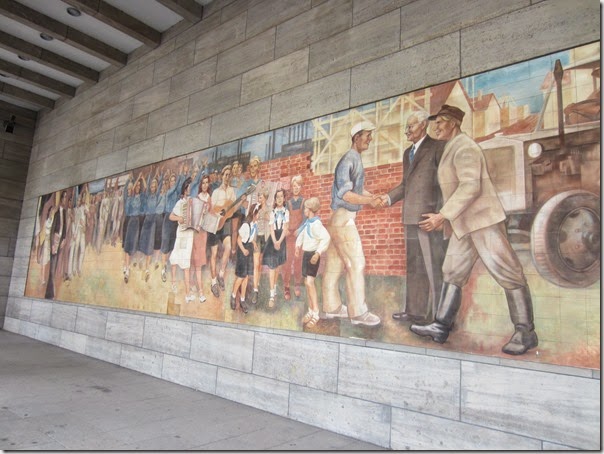 A socialist mural on the side of the former Luftwaffe building. The mural was placed by the Marxist Socialist DDR regime, and served to reinforce their socialist ideals. But as the fall of the wall proved, the people of East Germany saw through the government propaganda as they lived their dreary everyday lives in the so-called socialist workers paradise. A political/economic theory is one thing. The implementation of that theory is an entirely different matter. 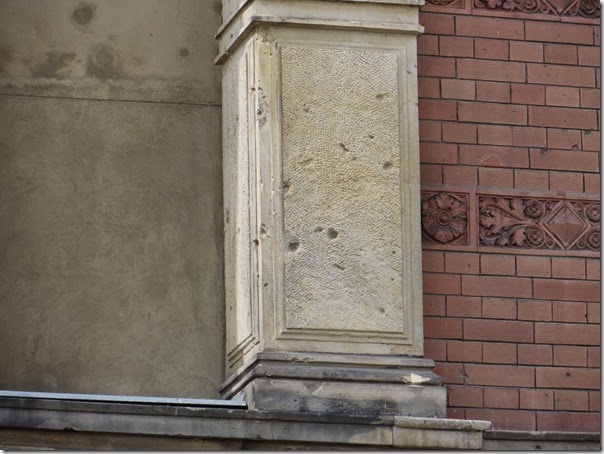 You can still see the bullet holes from the Battle for Berlin on this building behind the site of the former Gestapo and SS Headquarters buildings. 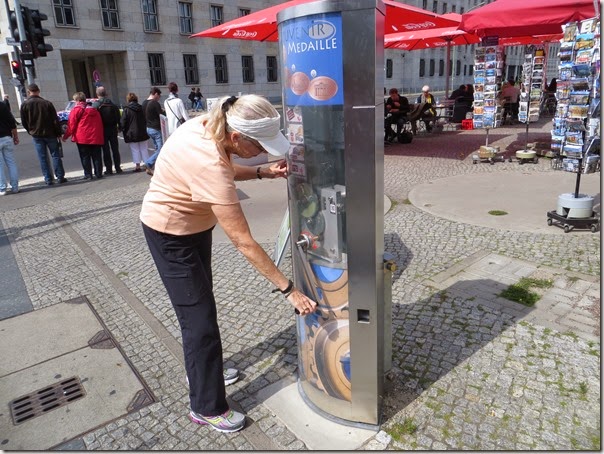 Grandma made sure we stopped to smash an “penny” for a certain boy. 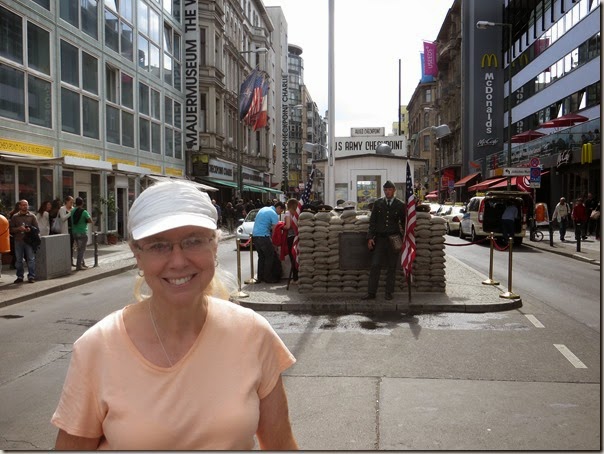 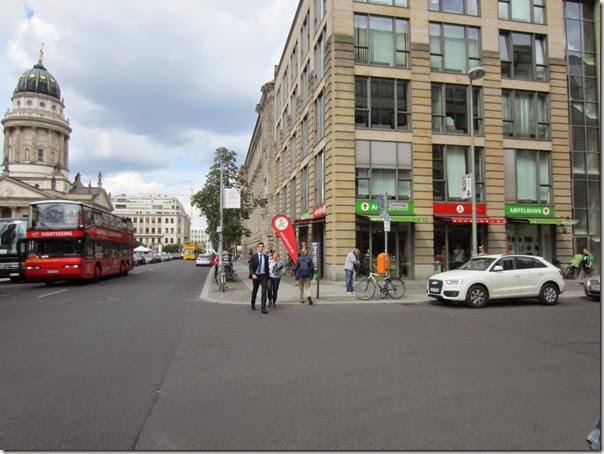 Bob “on a mission from god.” 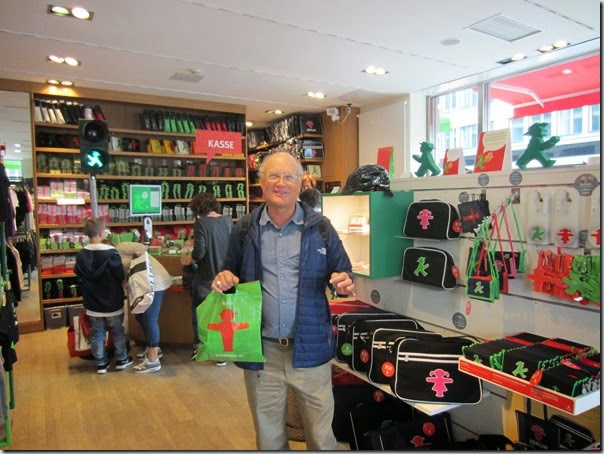 Another very happy shopper in the Ampelmann store. Everyone has their “must haves”, things with Ampelmann on them is mine. (For those wondering, Ampelmann is the little man on the walk and don’t walk lights that is a holdover from the DDR days.) 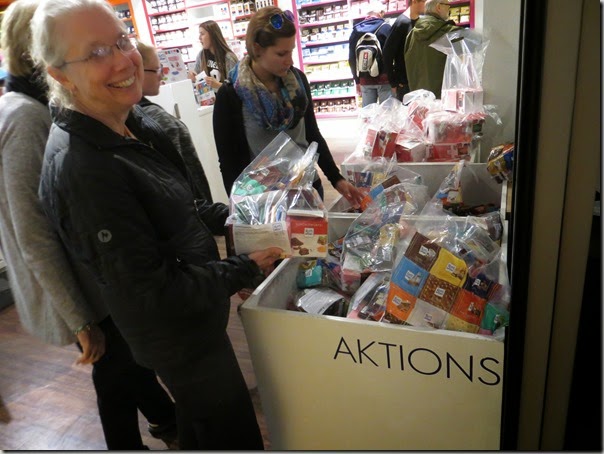 Linda has her must haves also. Our next stop just a block away was the Ritter Chocolate store, where they have everything Ritter. 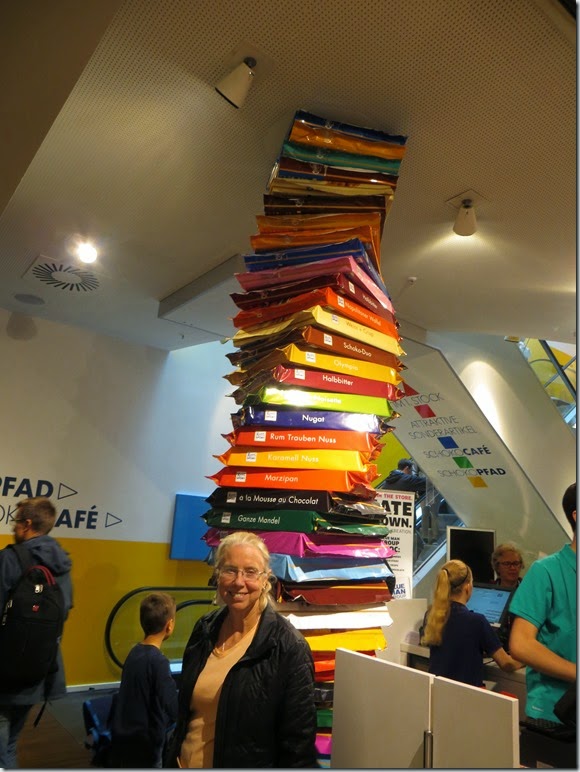 I have to believe that if Ritter Sport actually came in bars this big, Linda would buy one. That woman does love her Ritter Sport. The one with the dark chocolate and hazelnuts. Don’t tell her but I have been known to snitch some of hers when she isn’t looking. 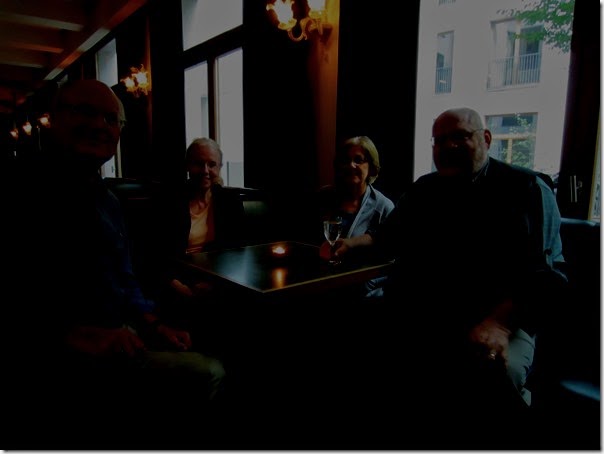 Getting ready for our meal at the Dunkelrestaurant. 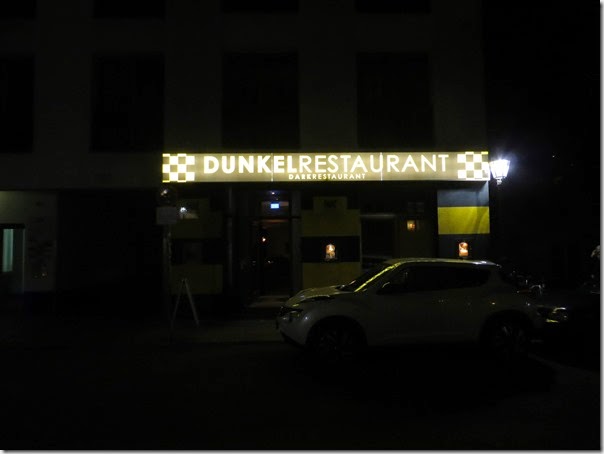 The outside of the restaurant. The concept is that you pick you food from a menu where you really can’t tell what you are ordering, then eat in the dark. From the beef menu: 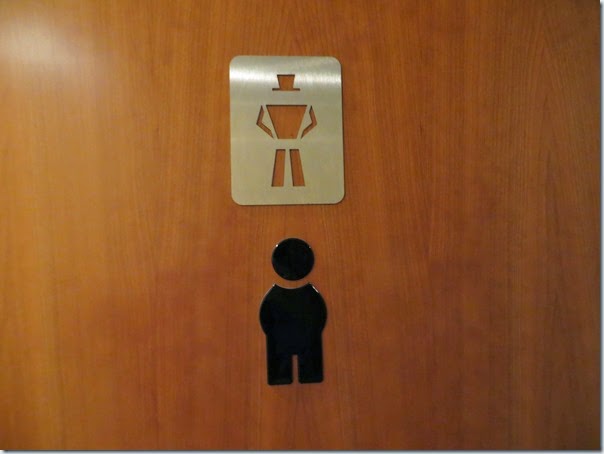 The door to the men’s restroom. 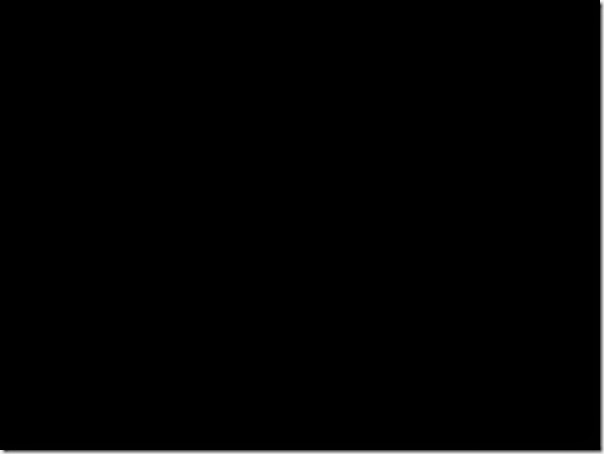 You were probably wondering what it looks like to eat in the dark. As you can see it is a wonderful experience. One of those places that is expensive and worth every cent. It’s why John and Judy selected Berlin by Bob, the tour that takes you to all the sights worth seeing. As you can tell from the huge smiles on Linda, Judy and John as they feel around for their food, this was a sight definitely worth seeing.

I ordered the surprise meal, and after each course our waiter would ask me what it was. Some things were easy, but the pumpkin soup fooled me. May your day have been as awesome as ours.