Off to the Town of Tangermunde, Germany 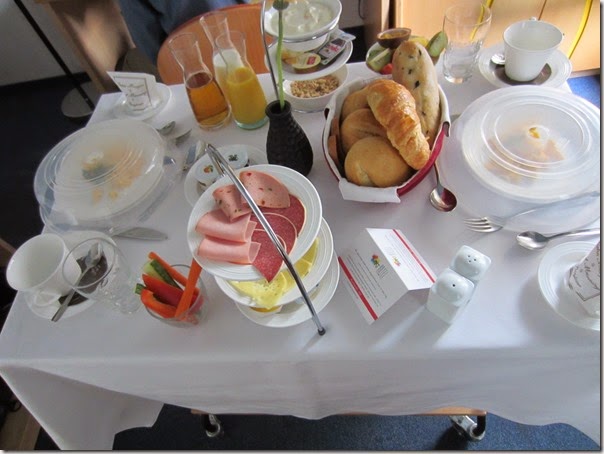 Another morning, another great breakfast on a cart. My favorite was the olive bread. Linda was a sweet little thing and said I could have it all. Then when she told me I could have the entire croissant I started to wonder what it was she wanted on the table that I liked. It turned out she just didn’t want to eat that much this morning, so she was merely being nice and letting me know I could have as much as I wanted. Caring Linda. 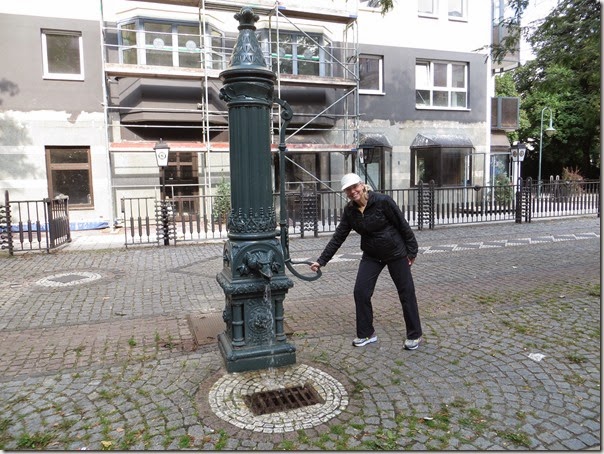 it was a pump. It had a handle. The little girl in Linda just couldn’t resist. Was she ever surprised when the water started to flow. 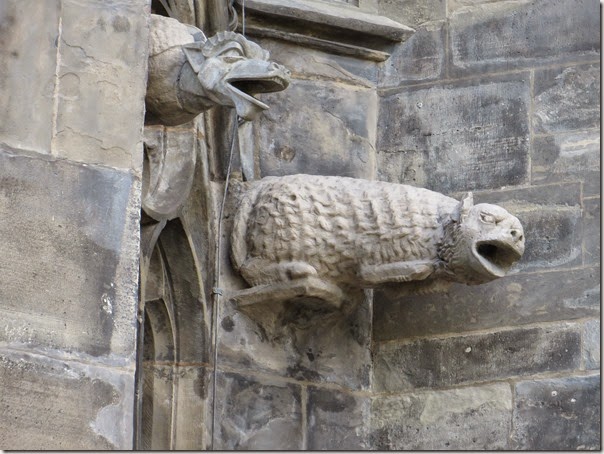 Gargoyles as waterspouts on the Dom. 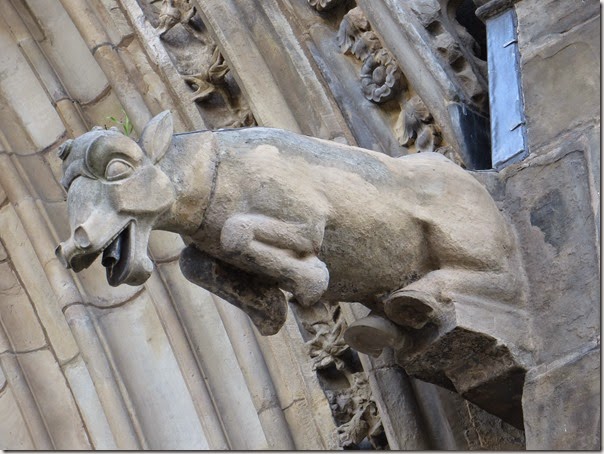 Another waterspout, one we had different opinions as to what it was. Since we thought it might be a cow, a horse or a donkey, it is likely something else. 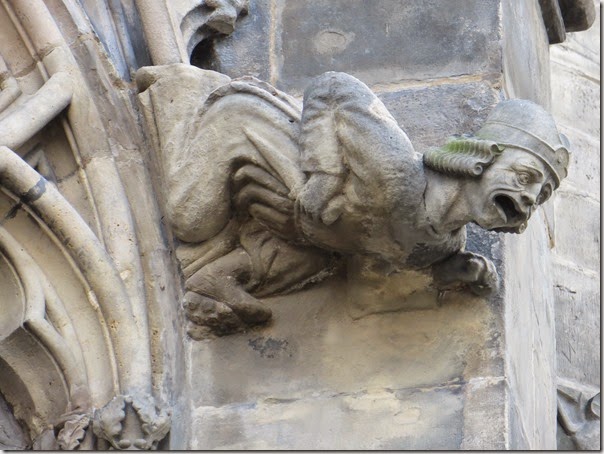 This fellow was on the other other side of the column from the gargoyle. We didn’t know the symbolism in the figures but did it really matter? 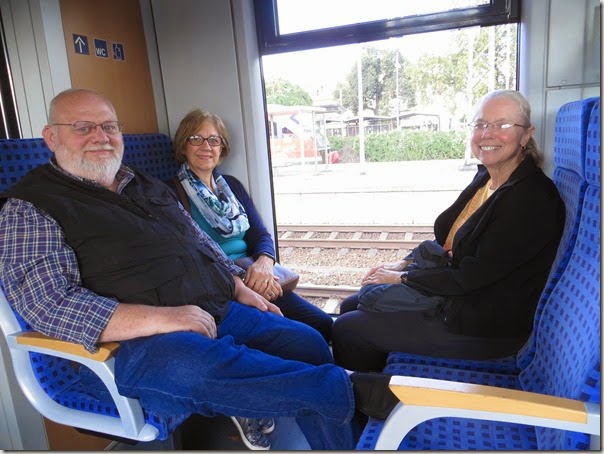 On our way to Tangermunde. 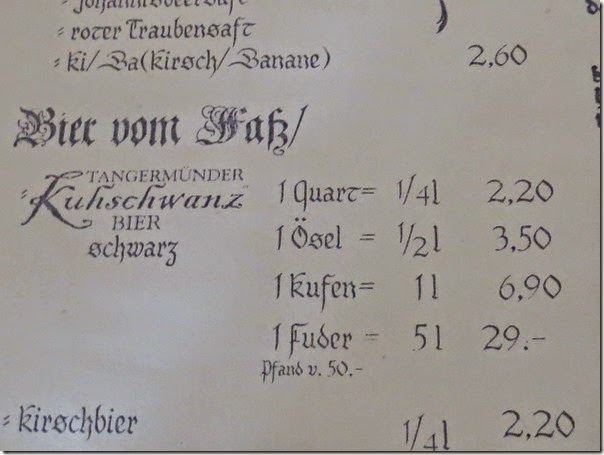 Our reason for our visit, to sample their famous cow tail beer. Well there was also the almost perfectly preserved brick Hanseatic town to explore and the chance to have a meal in a centuries old former church. 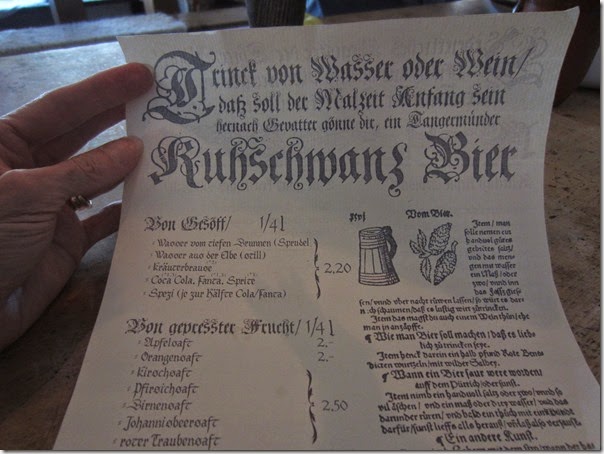 There was a bit of a problem with the menu. it not only was in German, it was in the old German script, 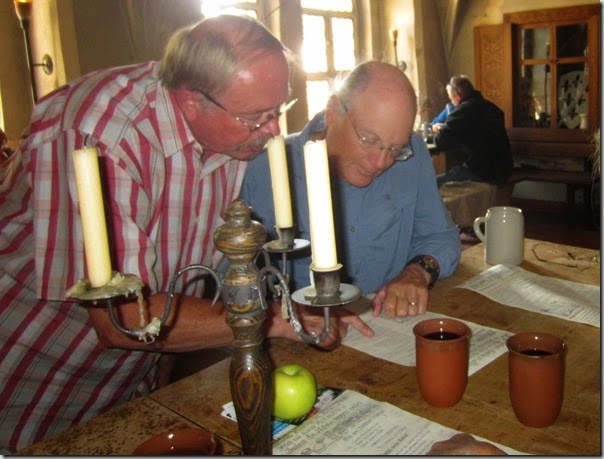 An unexpected kindness. A retired German schoolteacher who had spent a year in Texas in 1989 through a teacher exchange program help us decipher the menu, adding because of the old script it was hard even for Germans to read it. 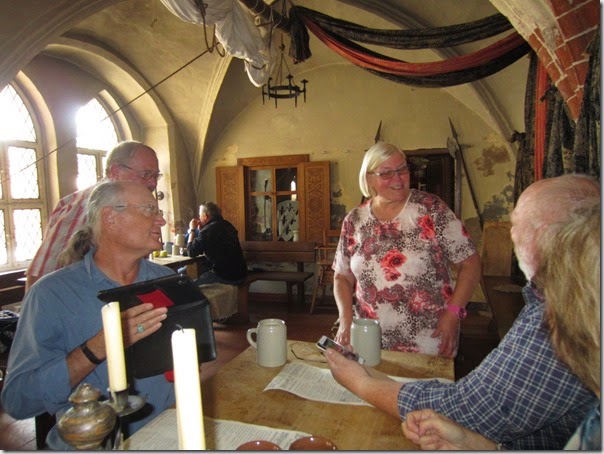 Soon his wife joined in the conversation and to say good time was had by all is colossal understatement. It is why we travel. 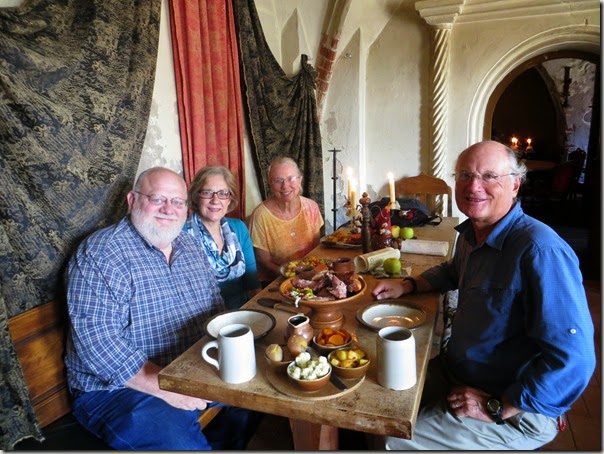 The feast is on the table. 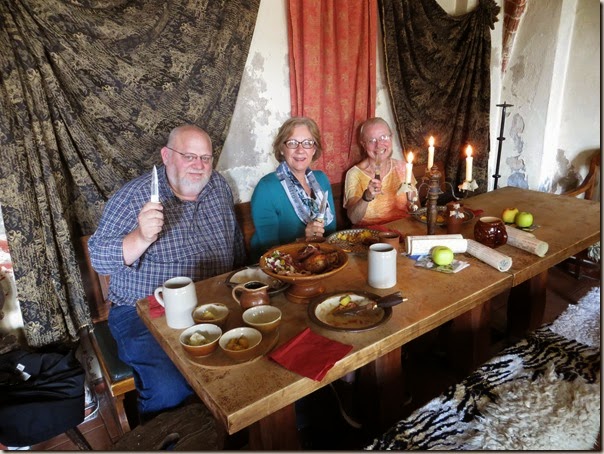 The hungry diners ready to dig in. 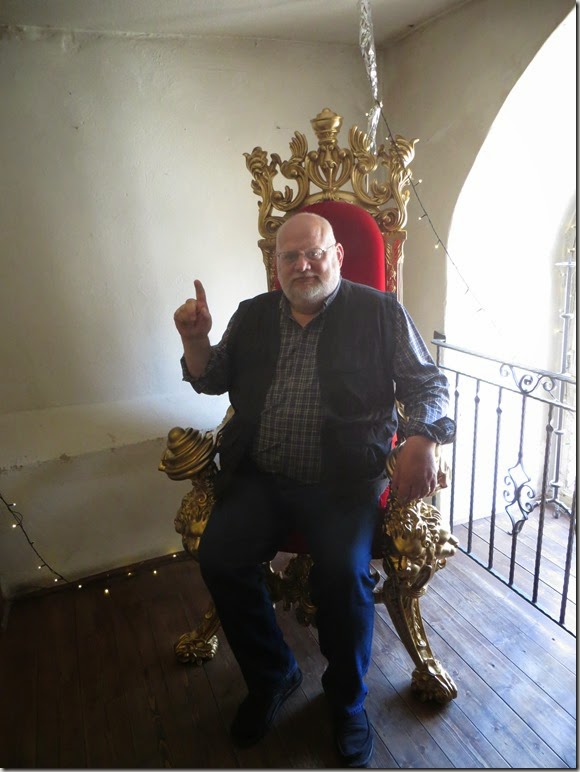 Some photos can only speak for themselves. I’m not sure what language this gentleman was speaking, but I think he was saying, “I can’t believe I ate the whole thing.” Having been selected as the tour leader of the group, I did my best to provide the members of the tour a brief synopsis of what we were seeing. Describing the tower in glowing terms while holding the Tab above my head so they could follow me, I turned my head to ask if there were any questions. Somehow I got the impression they weren’t listening to what I was saying. Does the saying: trying to herd cats, come to mind. When I tried to resign as tour leader I was re-elected 3 votes to 1.

I’ll just wait to when they are in the middle of the Berlin sewer tour and offer my resignation then. My guess it they will all vote to accept it. Devious Bob.