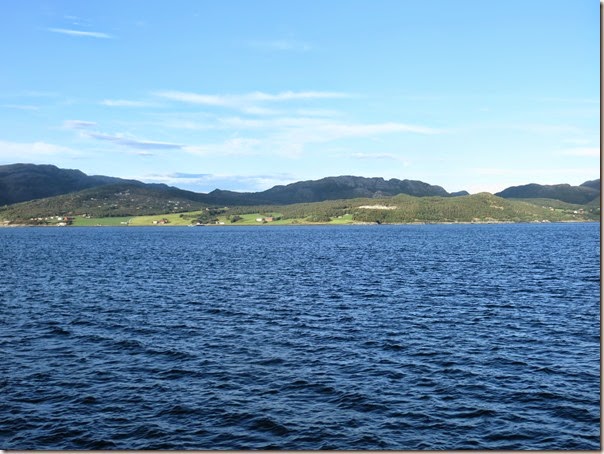 No up and at ‘em with the rising sun this morning as this first photo of the morning aptly demonstrates. Great food and longs days with the invigorating, wonderfully fresh and clean air of the North Sea fill the hours. The result is when the head hits the pillow, it is out like a light. Tired but Happy Bob and Linda. 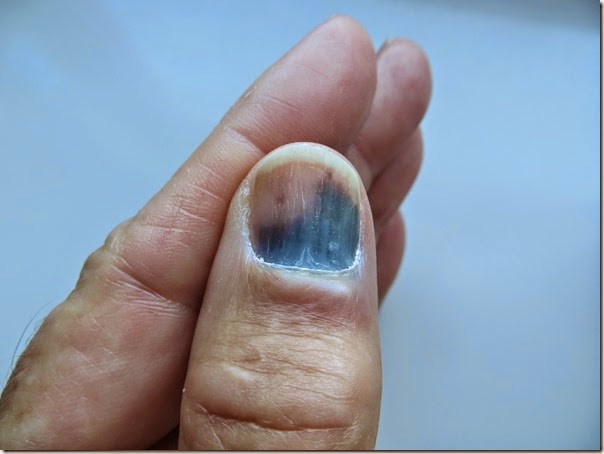 Time for a thumb update. It was ten days ago when I tried to smash a flint cobble for Linda and ended up smashing my thumb. I can attest to the fact that for the first day or two it hurt like…., well you can guess what it hurt like. Now it no longer hurts, it just looks bad. Clumsy Bob. 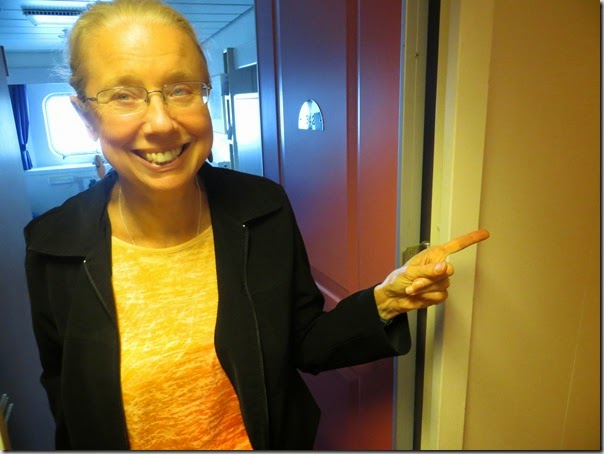 Linda laughed and laughed when she read what I had written yesterday about her problems finding her way around the ship. As we left the room for breakfast this morning she just wanted everyone to know that she actually did know the way to the dining area. I will be a nice guy and not show the photo of her going the wrong way when we left the dining area. Good Bob. 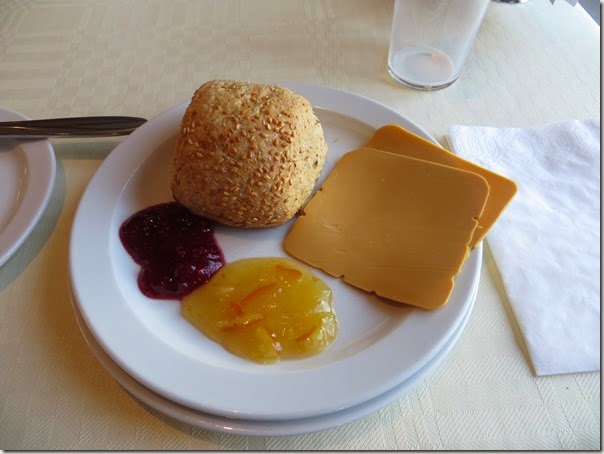 I will seriously miss this part of breakfast when we have to leave Norway on Sunday. To further compound my sorrow, I have never seen this brown cheese in the US. On the other hand I never knew it existed, so I had never looked for it. Is google my friend in this matter? Time will tell. Sad Bob. 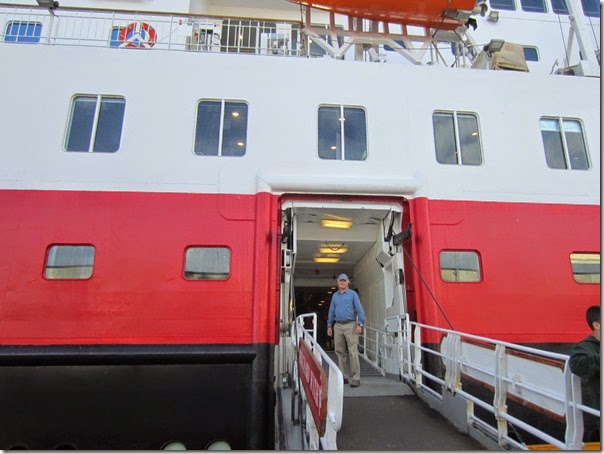 Look at this horde of cruise ship passengers dashing of the ship to catch a brief glimpse of the sights in town before the ship departs in a few hours. There  really was a horde, but just maybe we waited onboard, on the outer deck looking over the railing and watching them scurry hither and yon in a bid to pack as much into those limited seconds as possible. And maybe after the rush was over we leisurely strolled down the gangplank with out danger to life or limb and proceeded into Trondheim where we explored the town. Actually there was no maybe about it, that’s what we did. 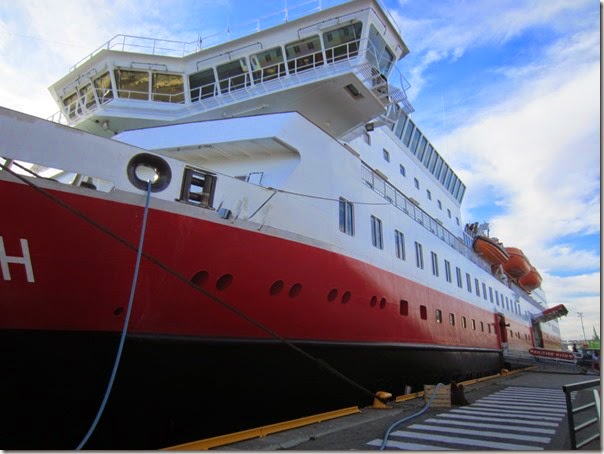 One of a memory card worth of photos Linda took of our ship before we even left the dock. it is wonder we even had time to walk into town when she was done photographing it. Okay, maybe she didn’t take that many photos or use up that much time, but sure seemed to me like she did. Bob, trying to be a rushing helter skelter cruise ship passenger and failing badly, no thanks to Linda. 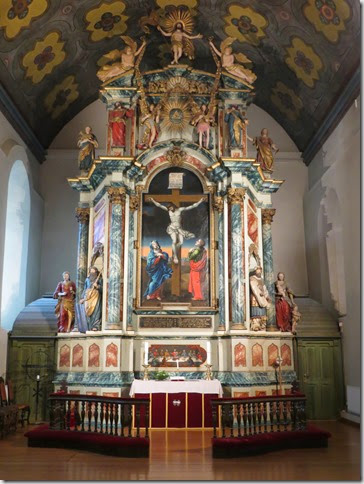 Magnificent alter piece in one of the town’s churches. 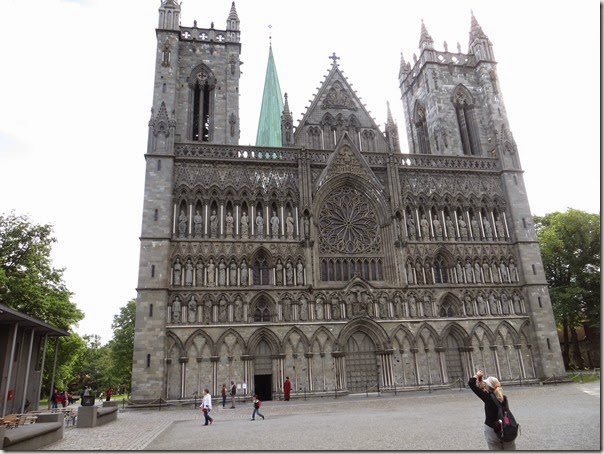 Out of the seven photos taken by us, only one of which included the entire Cathedral. Being the nice guy I am, I won’t divulge which of us took the six partial Cathedral photos. Bob, The Genuinely Nice Guy. 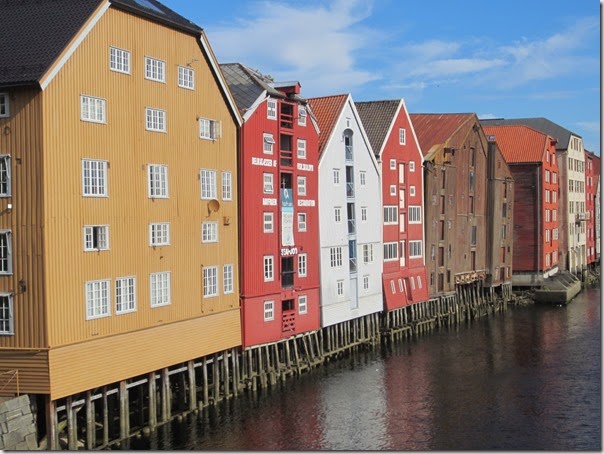 Linda had this part of town on her must visit list. I was glad she did. Photo by Linda. 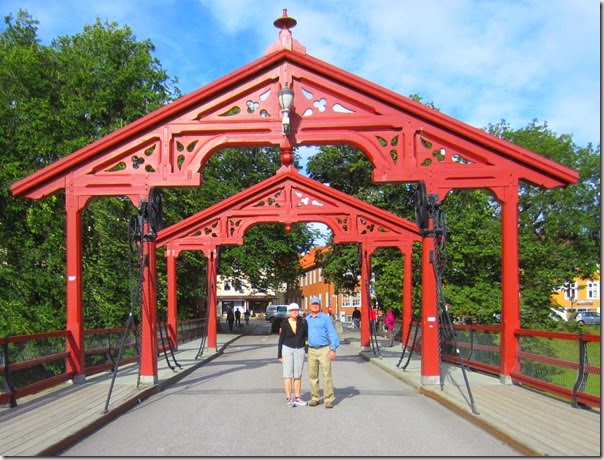 There was this old bridge in town, which for some reason was called “The Red Bridge”.  Linda wanted our photo taken on the bridge. Linda asked a stranger to take our photo. Bob still has no clue as to why this bridge was so special. Though I have to admit it is a very nice photo. Baffled Bob. 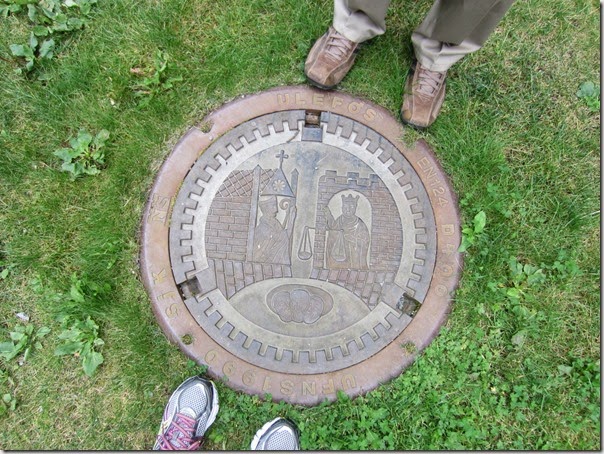 Another of those foot photos by Linda. I still can’t understand why she always cuts off out feet and has some old piece of metal in the photo. Still Puzzled Bob. 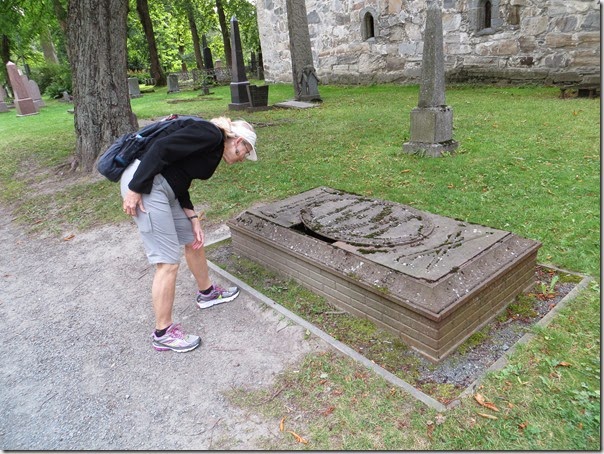 Linda and her dead people craving. I wonder what she would do if a hand ever reached out of one of the these graves when she was having her peek inside. I’m thinking of a brown trail leading away from where she was standing, and woman high in a tree at the end of that brown trail. 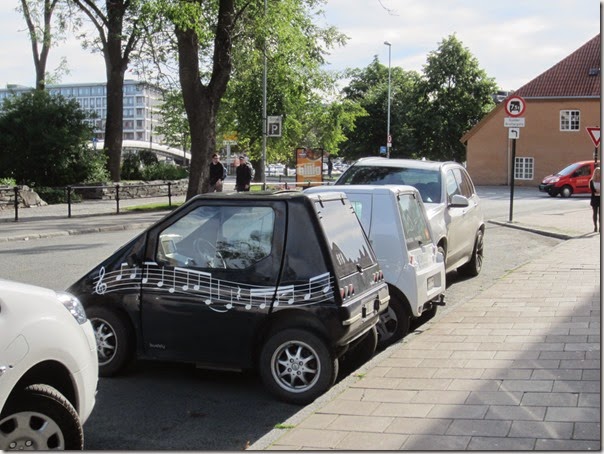 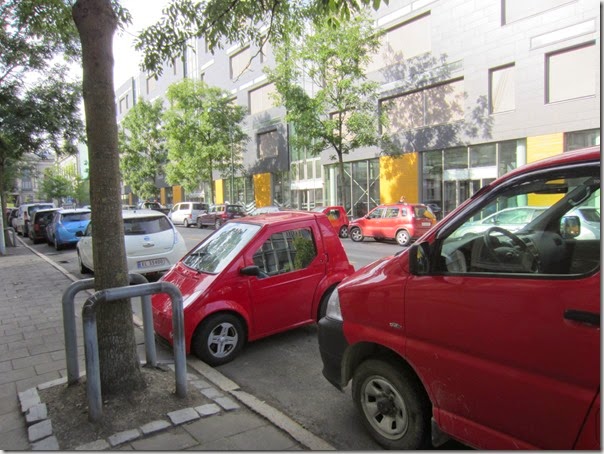 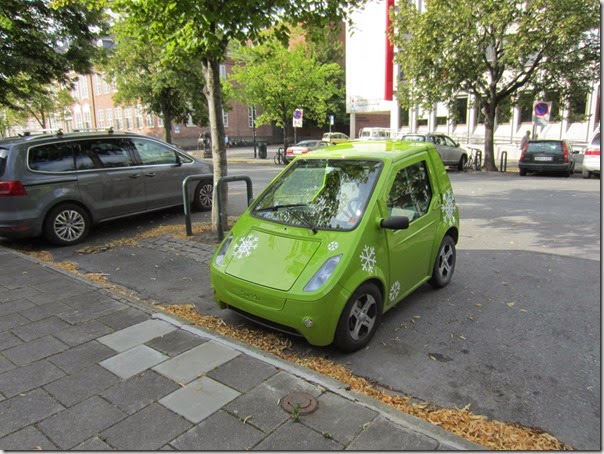 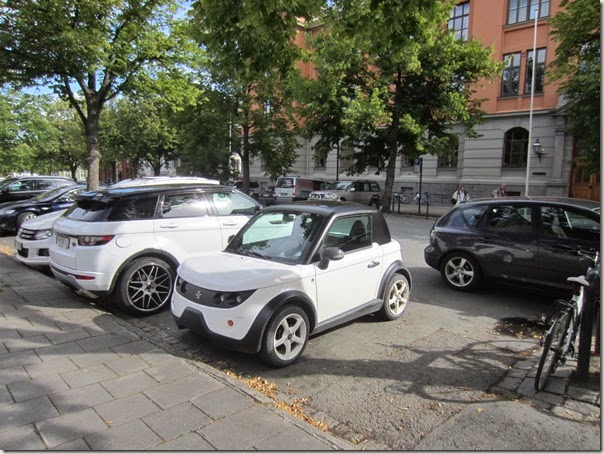 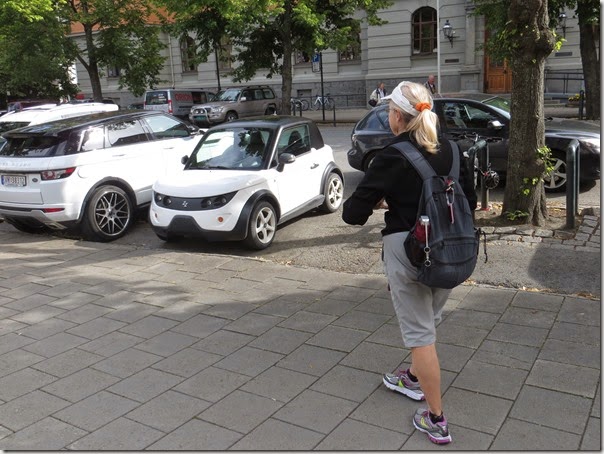 What is this thing with her and her fixation on these little cars? Weird Linda. 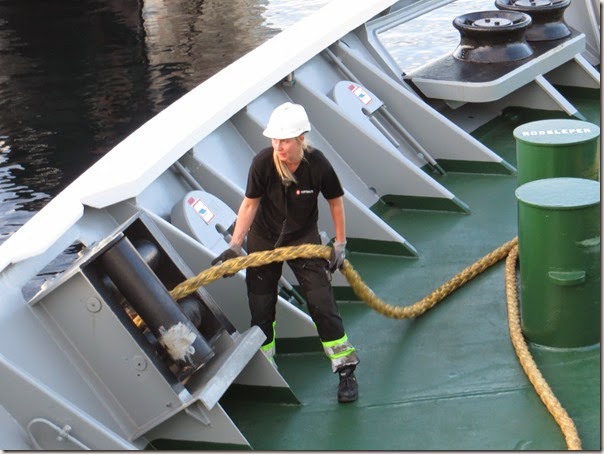 She likes those little cars does she, well I think this deckhand is pretty cool myself. In Big trouble Bob. 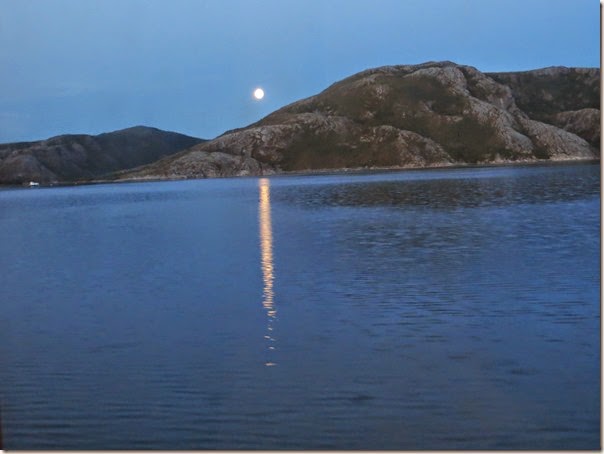 A fitting end to another day where we had more fun than two people have a right to have.