A Day in Bergen, Norway 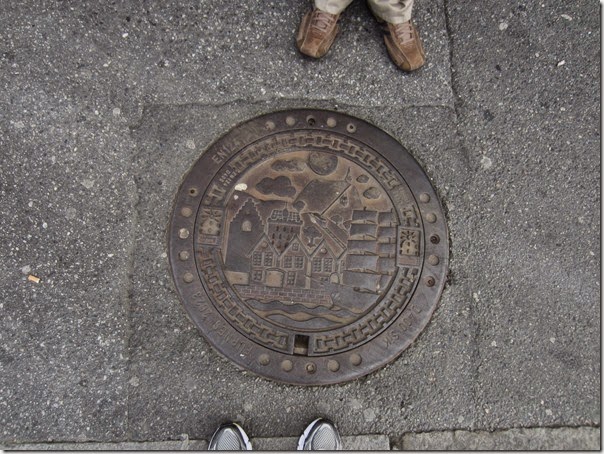 When it comes to looking at the photos Linda takes during the day, I have learned to never underestimate her curiosity . In this case it was a photo of the toes of her shoes and across from them, the toes of my shoes. As to what that manhole cover is doing in the middle of her photo, I have no idea. Bewildered Bob. 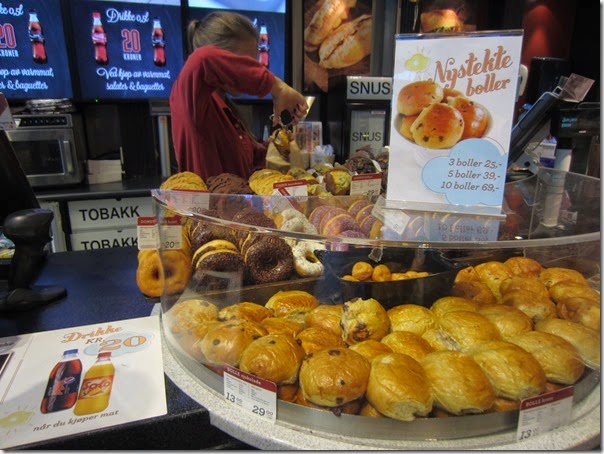 While were out sightseeing this morning we had a hunger attack. Nothing like chocolate buns to overcome that problem. Happy Linda. 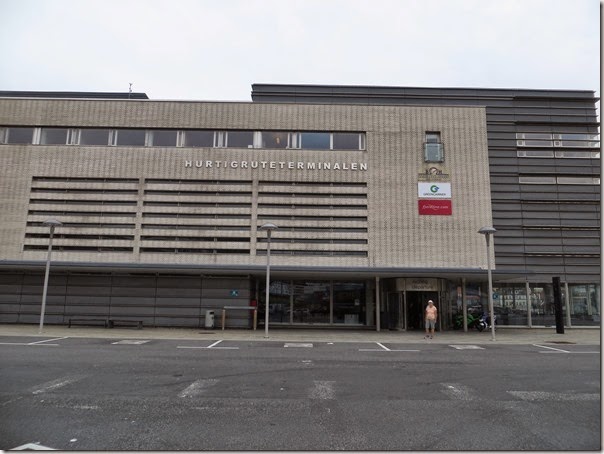 Fortified and energetic, we walked over the Hurtigruten Terminal where we will board the ship tomorrow. Linda feels much better now about where to go and what to do. Later in the day I had to go to a hotel just down the street from our hotel to verify the Hurtigruten bus actually stops there at the times they say they do. Cautious Linda. 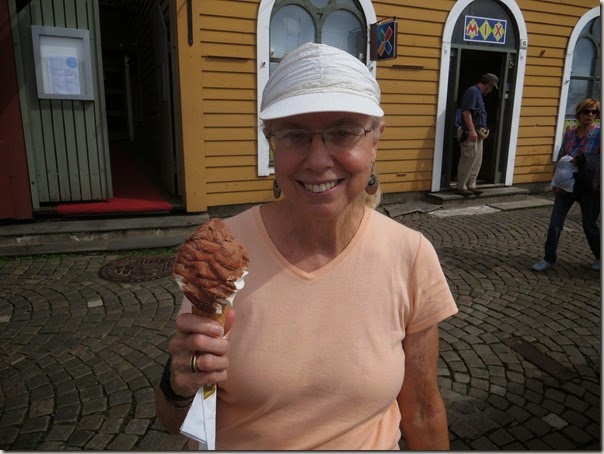 Soft serve ice cream dipped in cocoa powder. We walked across the street and sat on a bench facing the harbor watching the many ships and boats go past. Happy girl. 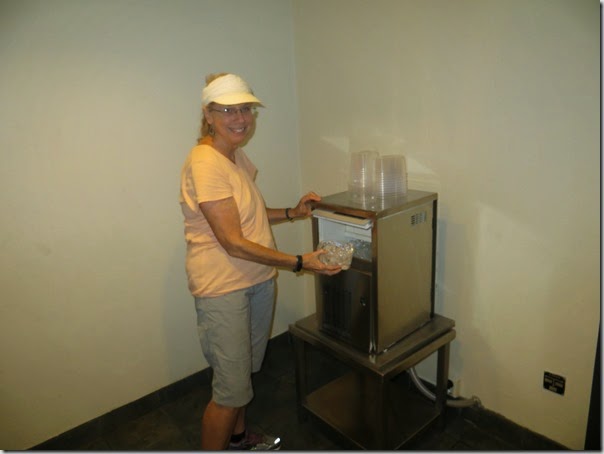 Like I wrote yesterday, the ice machine at our hotel is really tiny, but notice how big the smile is. 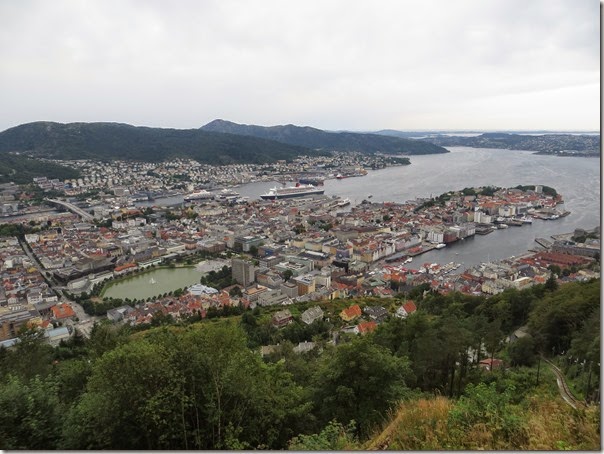 View of the harbor area from the top of one of the seven mountains that surround Bergen. The large ship is the Queen Mary 2. If you draw an imaginary line from its stern to the lower right corner of the photo, the tiny object a short distance from the QM2 is a sister ship to the one we will be taking. I guess we could ask: what’s smaller than the Queen Mary 2 but bigger than a rowboat? Our ship. 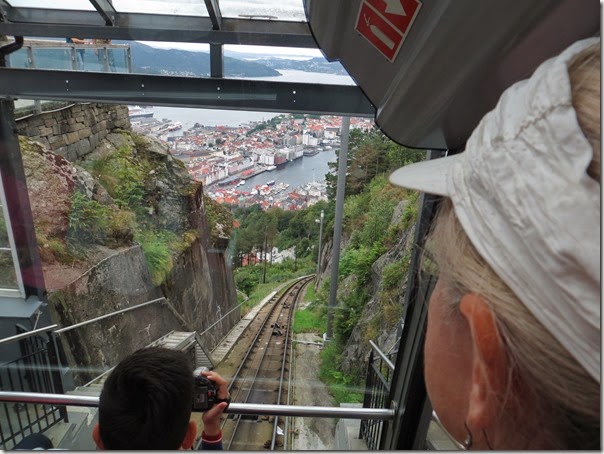 We definitely had a great view coming back down the hill. 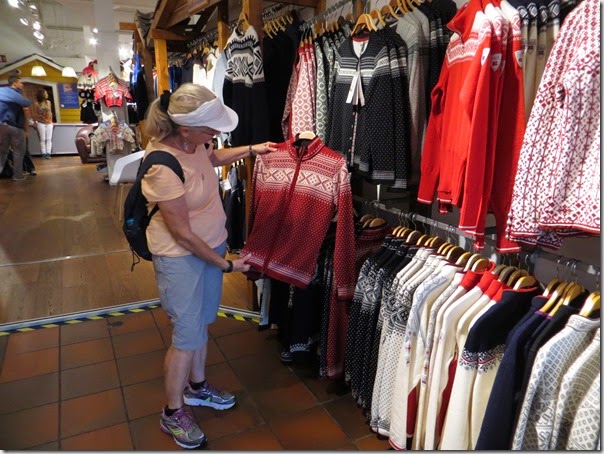 Linda admiring a Dale sweater. They are so pretty it almost makes one want to live in a cold climate. Almost, but not quite. 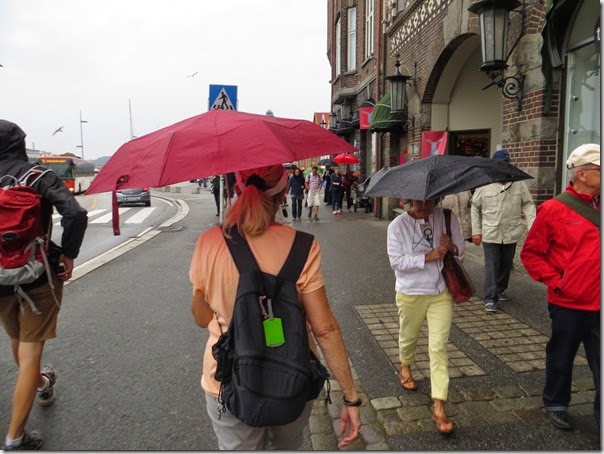 Forget what I wrote yesterday about Bergen going two days in a row without rain.

Note: The internet connections on the ship we will be on for the next week are reported to be very poor to non-existent. So if there are no posts do not worry, I will be writing everyday and will post them as soon as possible, which may not be until next Sunday when we return to civilization.