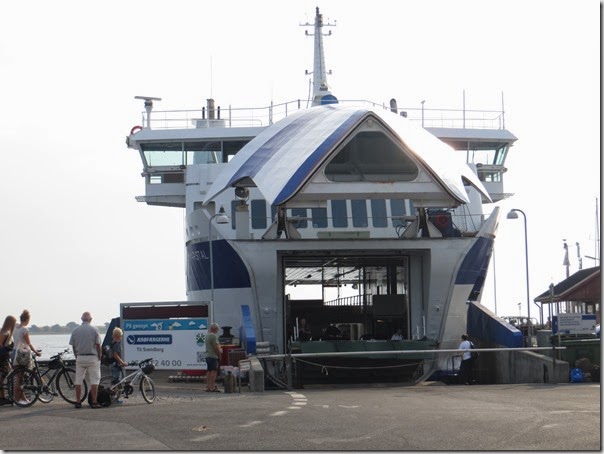 8:30 saw us at the ferry dock for the first of our two ferry rides today. The first is from Aero Island on the way back to Copenhagen, then this afternoon we take the overnight ferry from Copenhagen to Oslo, Norway. 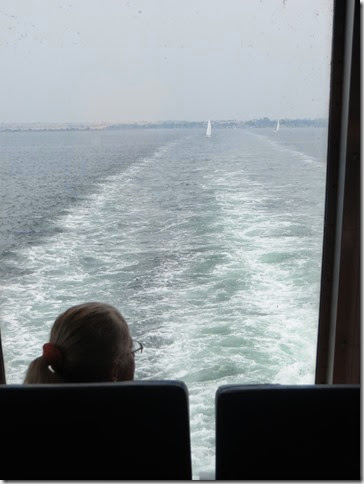 Linda relaxing at the stern of the ferry. Coming out to the island we rode out on the wooden benches of the exposed upper deck. Older, wiser and more experience today, we rode on the enclosed lower deck where we had reclining upholstered seats with a great view, and no wind.

I should mention that’s Linda’s first words this morning were a very loud, “I forgot to to put the patch on last night.” Place Linda on one of the seven seas, or a large mud puddle for that matter, and before too long the inside of her stomach resembles a hurricane force wind tossed seascape. Thus the absolute necessity of having her body full of motion sickness medication long before the first wave strikes her water borne means of conveyance. Being the loving husband I placed the small medicated disk behind her ear as directed. Nice Bob. 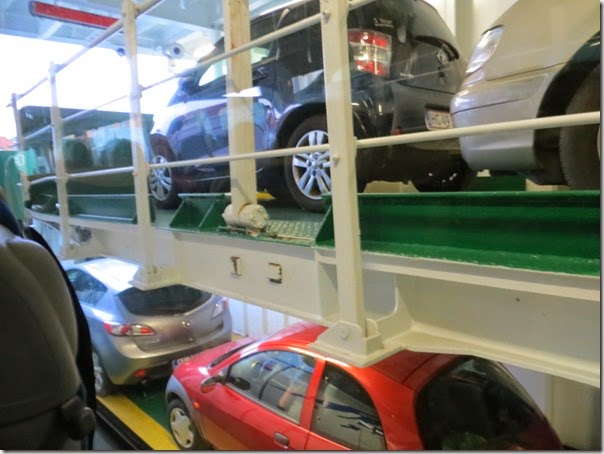 Just thought this was an interesting photo of how the cars are double stacked on the ferry. Larger vehicles are placed in the center lane with cars double stacked on both sides. As to how they got them up there, I haven’t clue. Clueless Bob. 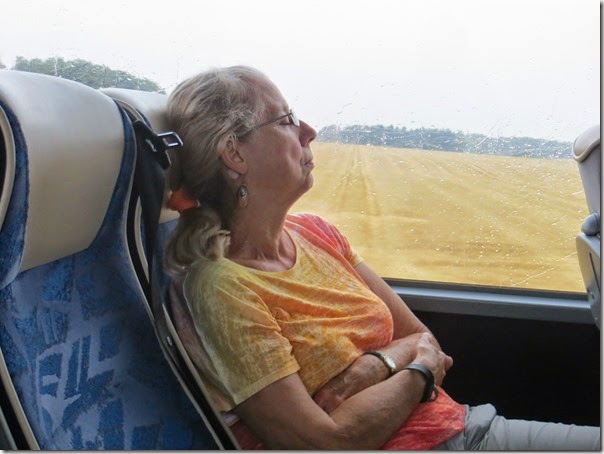 Loaded with motion sickness medicine, she who always sits near the front of the bus sat near the back with the wild bunch. Looks like she may have overdosed, or is that over dozed. Guess I can understand why she needs her rest during the day what with the bull moose like bugling noises that emanate all night long from the side of our bed other than mine. 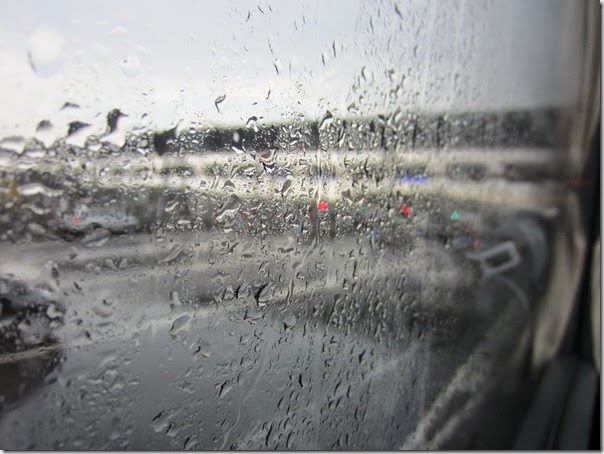 What the view out the widow looked like for much of the bus ride to Copenhagen. Artistic, abstract photo by Linda. 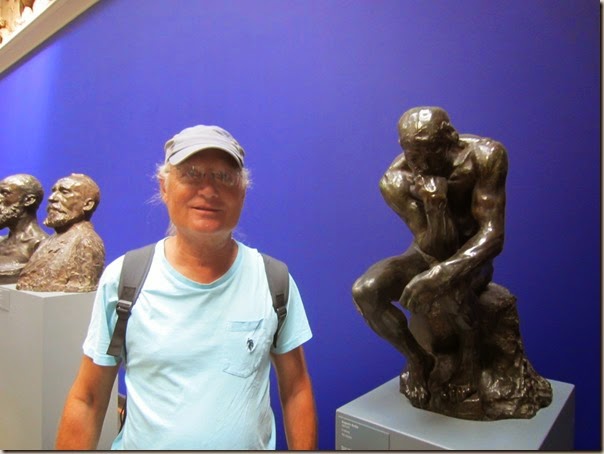 Back in Copenhagen we were on our own for a little more than 3 hours. We chose to visit the Carlsberg Art Museum. The museum was filled with great pieces of sculpture, so Linda was very a very happy woman. It won’t be long until we will be in the Rodin Museum and Gardens in Paris looking up at the original one. 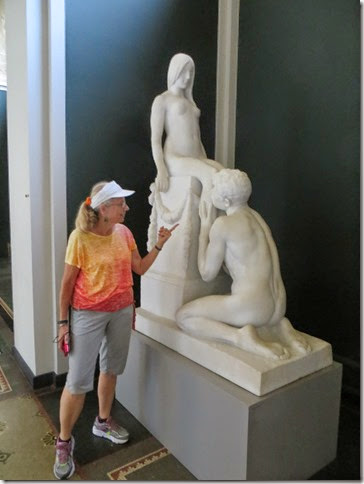 This work by Stephan Sinding was titled, Adoratio. Linda was quick to point out this was how she expected me to be around her. The bow down and worship her part that is. Guess a guy can always dream. Supplicant Bob. 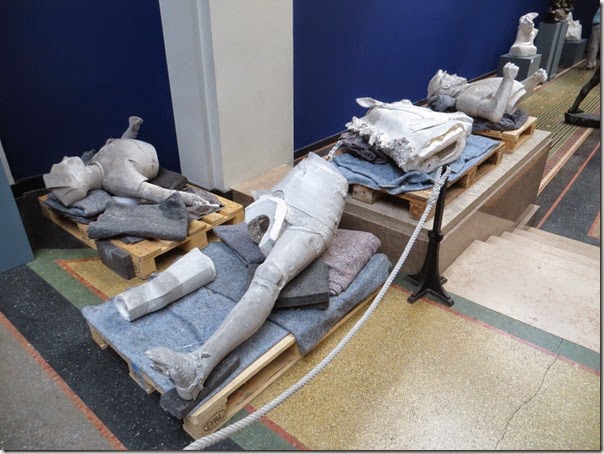 A behind the scenes look at a sculpture undergoing restoration. These puppies aren’t whacked out of a single chunk of rock. The are more like a Mr. Potato Head. Isn’t it amazing what one can learn about art and culture thru reading this blog. For all I know, Michelangelo may have learned the sculpture trade cutting potatoes into french fries at a McDonald’s. Confused Bob. 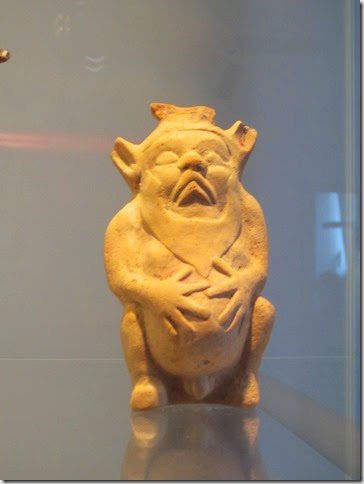 Another of those photos by Linda that show up when I download her photos. Description not necessary, use your imagination as to why she liked it. I refuse to comment on it because of the major trouble it would get me into with she who took the picture. Smart Bob. 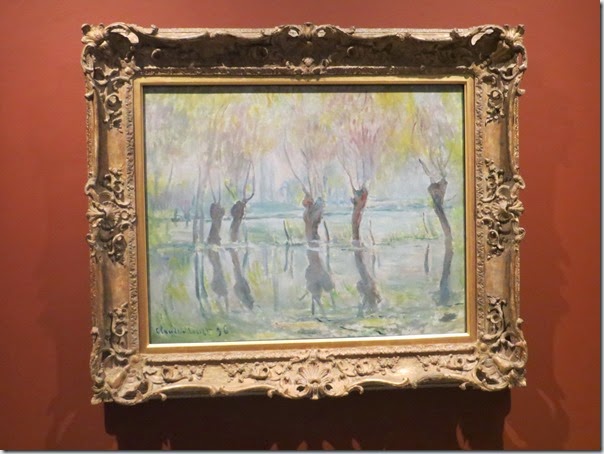 One of those great pieces of art that shows up when Bob’s photos are downloaded. Claude Monet painted this in 1896 titled Flood at Giverny. In about five weeks we will be visiting Monet’s Gardens at Giverny where this was painted. I hope the flood waters have receded by then. Badly Confused Bob. 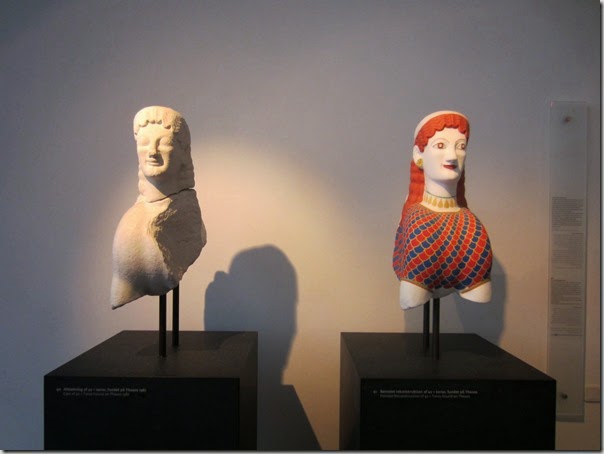 One aspect of the museum we both really appreciated was the way they explained how what we see to today is not how the various pieces looked at the time they were created. We see sterile marble, often with parts missing. Originally the pieces were brightly painted, the the centuries have worn those colors away. By using modern techniques they are able to determine what pigments were used for the original colors. It brings the past into a new light. 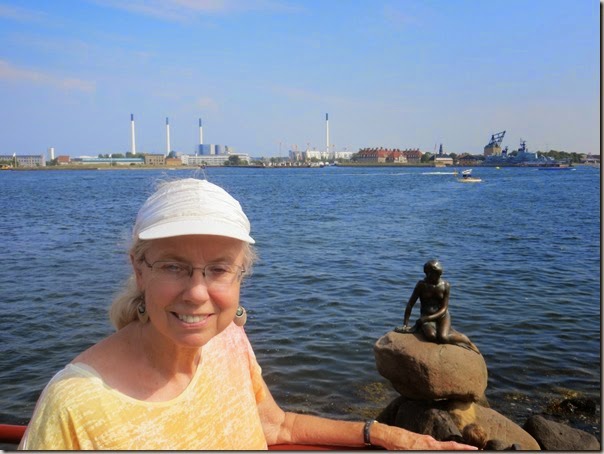 On the way to the ferry there was a photo op stop at the famous Little Mermaid sculpture in Copenhagen harbor. Despite the throngs of tour groups from Asia, where each person was trying to have their photo taken with the Little Mermaid in the background, Linda was able to elbow, shoulder and knee her way in to have this photo taken. It was a good reminder of why, “Yes dear”, is always the best reply. 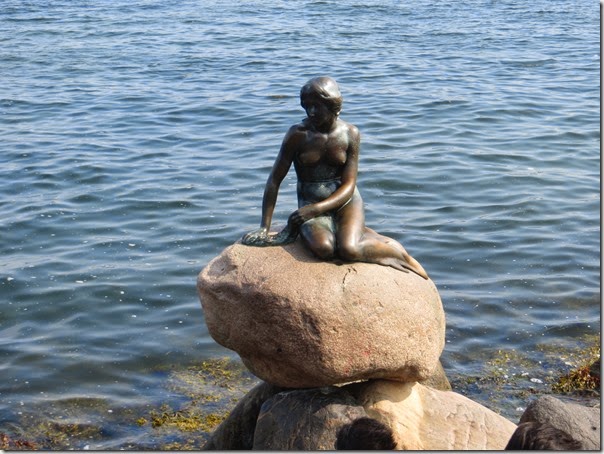 Close-up of the Little Mermaid. Think of visiting the Mona Lisa but near the water. 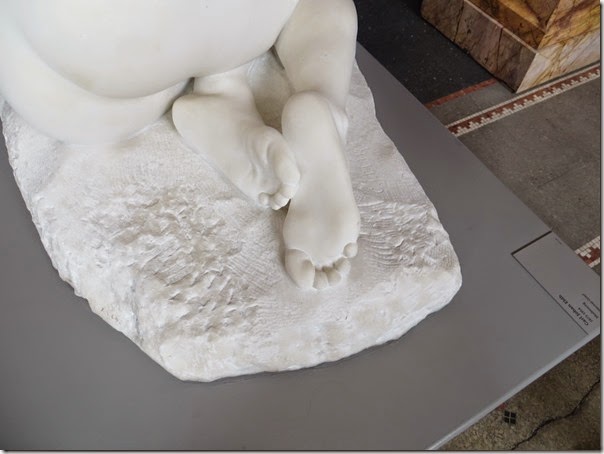 I was told in the museum I was not to post a series of foot photos. Because of that you will have to make do with only one foot photo today. I thought this one of a woman’s feet was different enough warrant inclusion in today’s post despite Linda’s opinion was that it wasn’t very realistic. Maybe so but the other body parts are. Sneaky Bob. 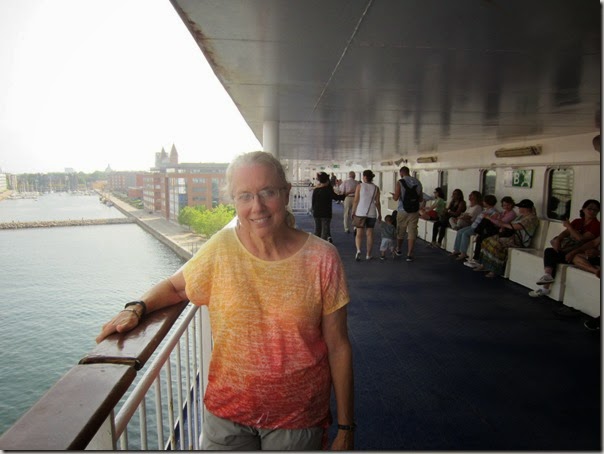 On board the ferry to Norway, but still in port at Copenhagen. 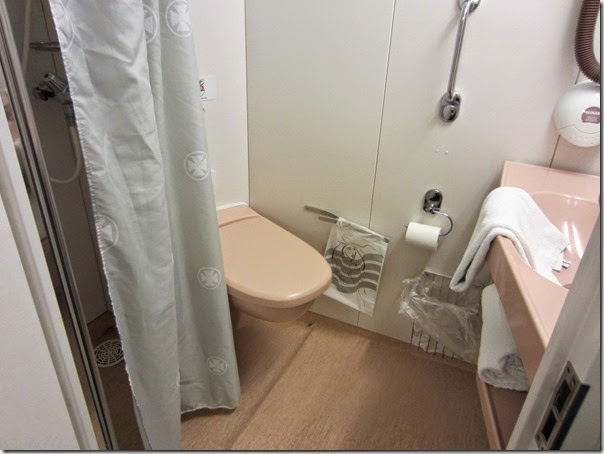 I’ve posted hardly any, if any at all, bathroom photos this trip. Now there has been at least one. Our room is an interior room, so no windows which feels rather strange. Linda reports she can feel a slight vibration from the engines but no other movement of the ship. 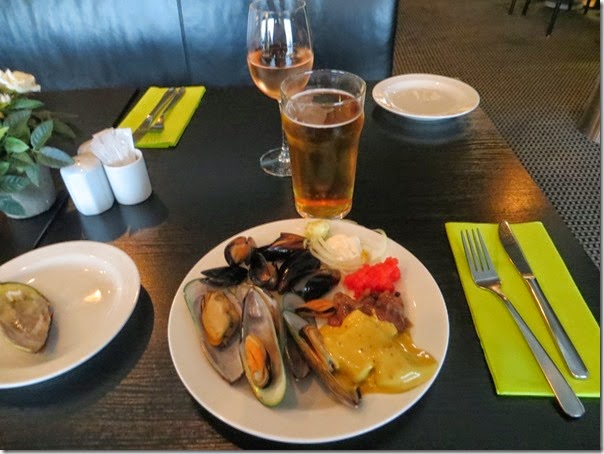 My first pass through the buffet line. It was typical of all you can eat meals. Plenty of mediocre food. it will be interesting to see what the food is like once we reach dry land in Norway. It may be a day or two until I can post this as the wifi on board is very poor. Until then, grab Life and hang on.