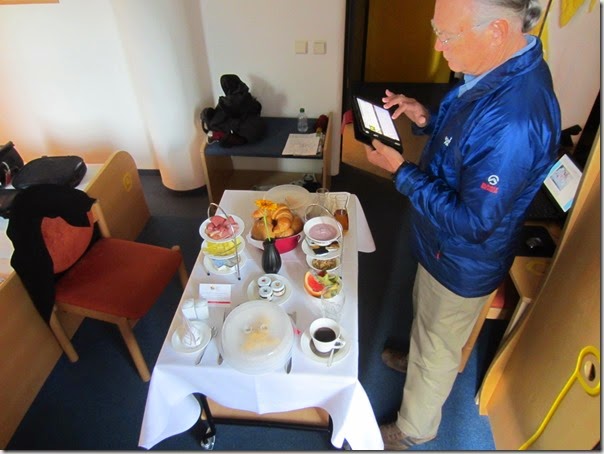 Why is this person looking something up on his Tab while dressed as if going on an arctic adventure? 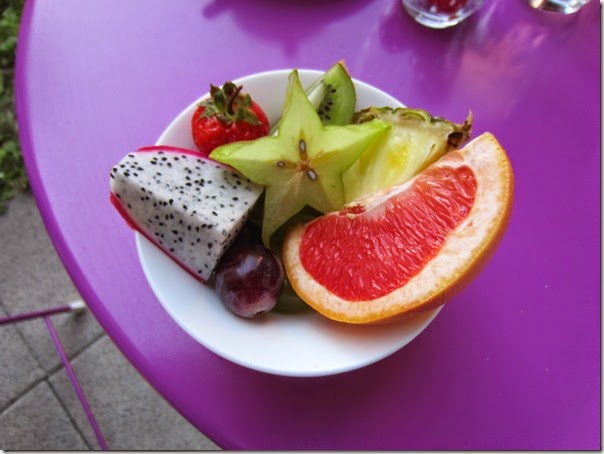 Reason No. 1 is that we know star fruit, but red rind white pulp black speck fruit we don’t. Or at least we didn’t until Linda got fed up with my less than scintillating search efforts, and taking matters, or at least the Tab, in her own hands quickly discovered it was Dragon Fruit. Did I ever marry good! Lucky Bob. 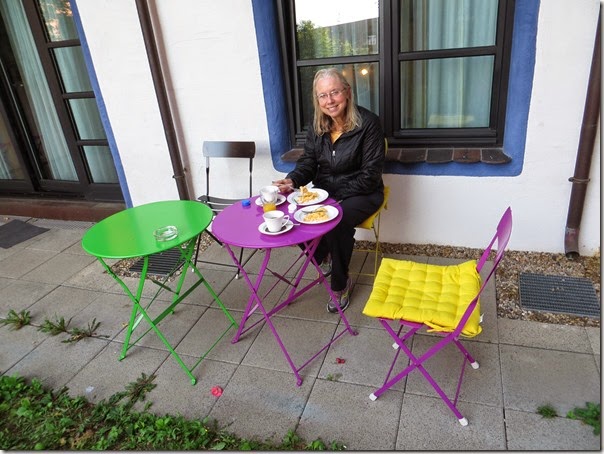 The reason for the warm clothing. Breakfast once again on the patio. It was 49 outside, the sun was shining, plus there was this beautiful woman. talk about the perfect beginning to the day. 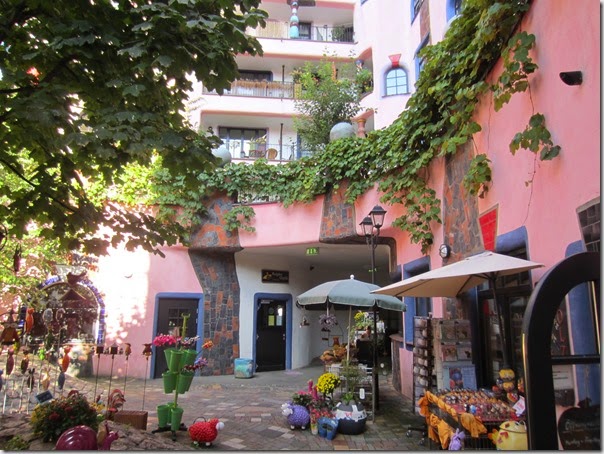 We have done readers an injustice by not posting more photos of the Green Citadel, the building our hotel is located in. This morning Linda discovered this quiet little nook that also had a boutique. Unfortunately for readers, I only have time to report that purchases were made. The window at the top of the photo was the one for our room. The stop at the ATM was necessary after Linda was done shopping. More than you ever wanted know. Ace Reporter Bob. 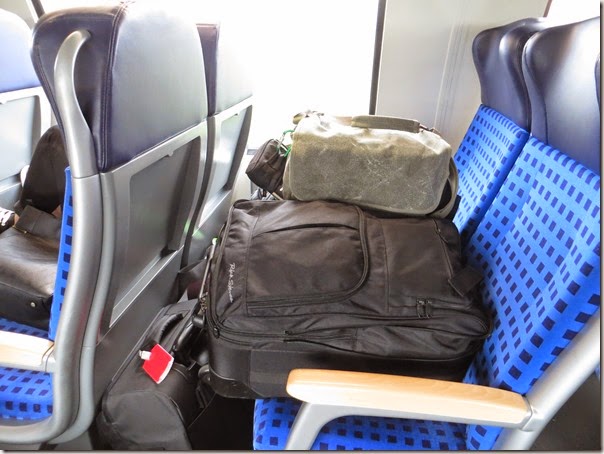 Then it was off to Berlin. The answer to the question, where do I store my luggage on the train? In the seat beside you. Or in the case, the two seats beside us. 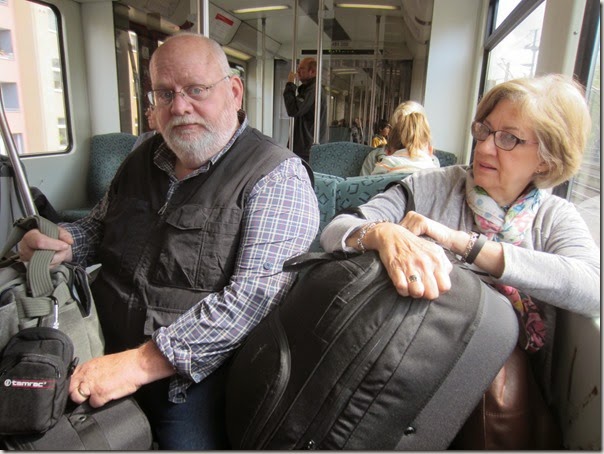 Judy: “Do you think Bob has any idea where we are going or when we should get off?”

Judy: “John, do you think Bob has any idea where we are going or when we should get off the train?”

John: “Get off? Where we are going…. I don’t think he even knows where we are.”

Jon and Judy in unison: “Free tour guides. Worth every penny you pay them.” 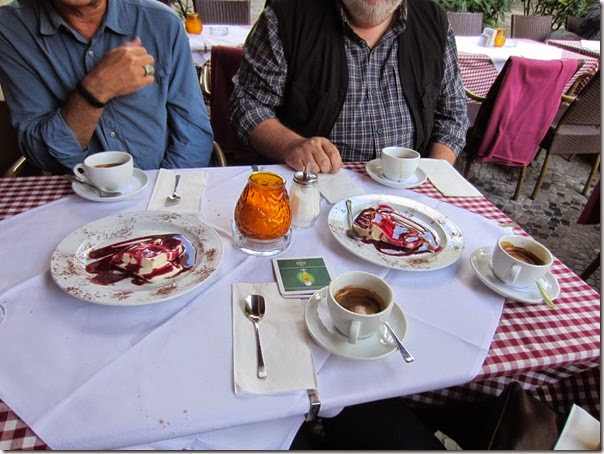 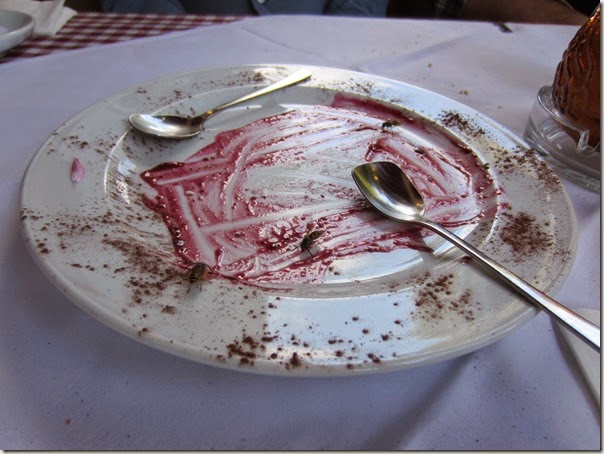 At least I am batting a thousand in picking restaurants. 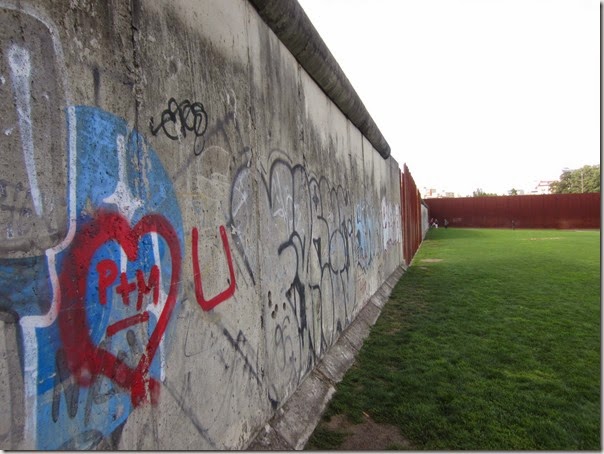 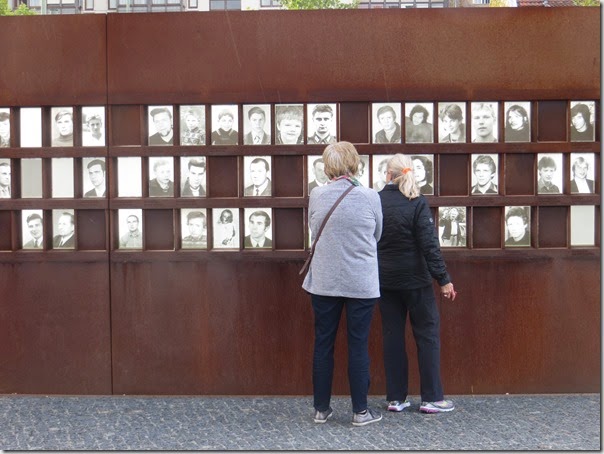 A very moving part of the memorial is this display of photos of those who lost their lives because of it. 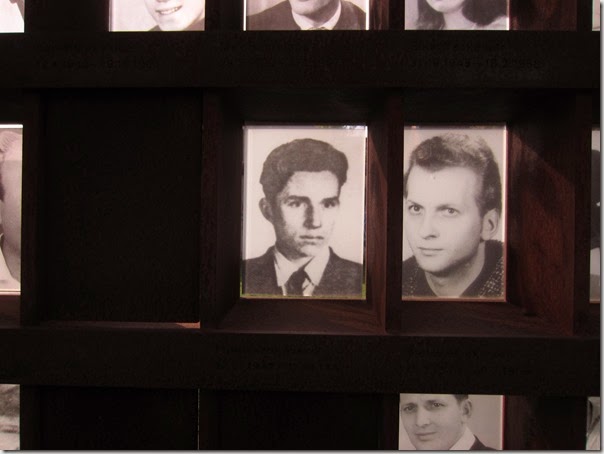 They were real people, not just a news item we might or might not have read in the newspaper or seen on TV. 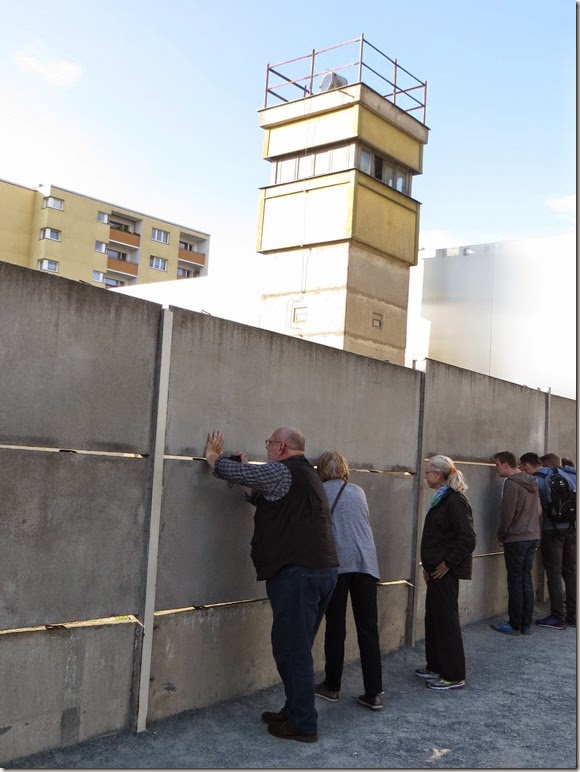 Looking through the cracks in the back wall across the death zone towards West Berlin. What went through the minds of East Germans during those times. 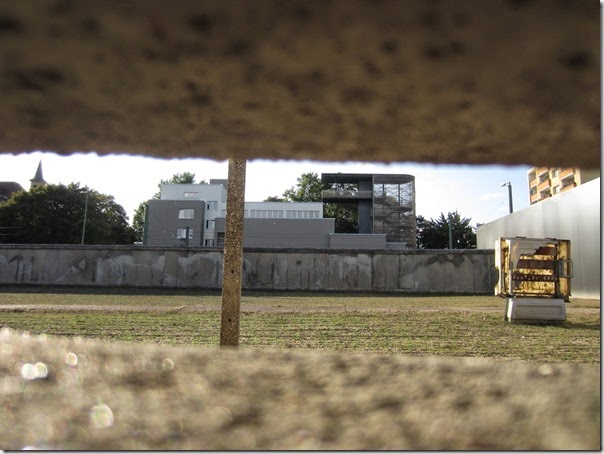 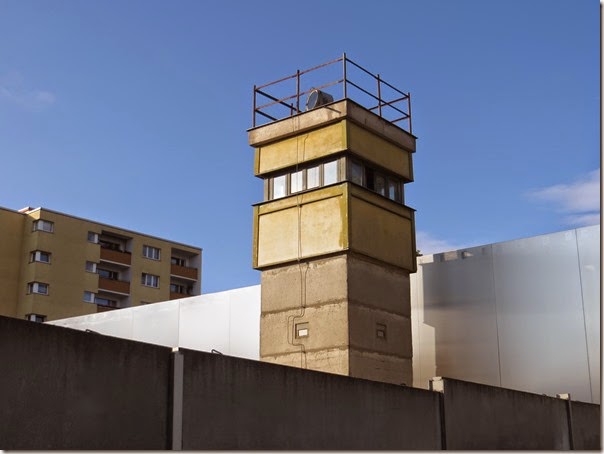 DDR watchtower. When you have to have guards watching the guards there just might be something wrong with your political system. 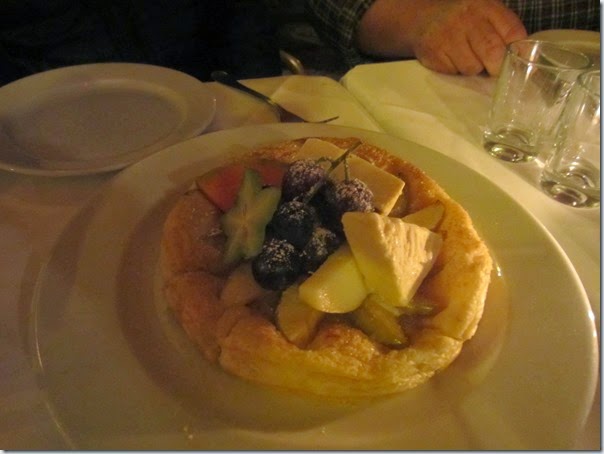