Lots of photos today, post split into two parts, you have been warned. 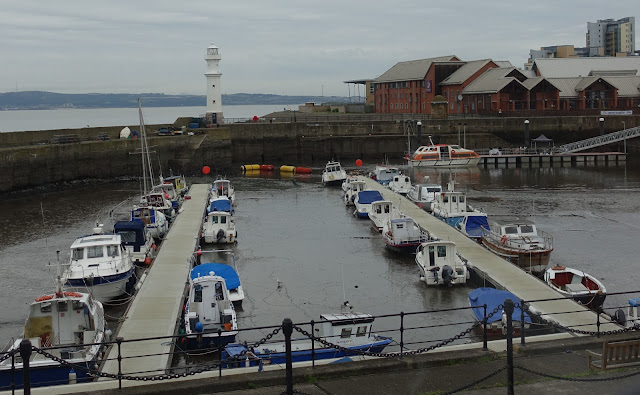 Our first outing today took us down to the waterfront. It look like somebody pulled the plug and all the water drained out as these boats were sitting in the mud. 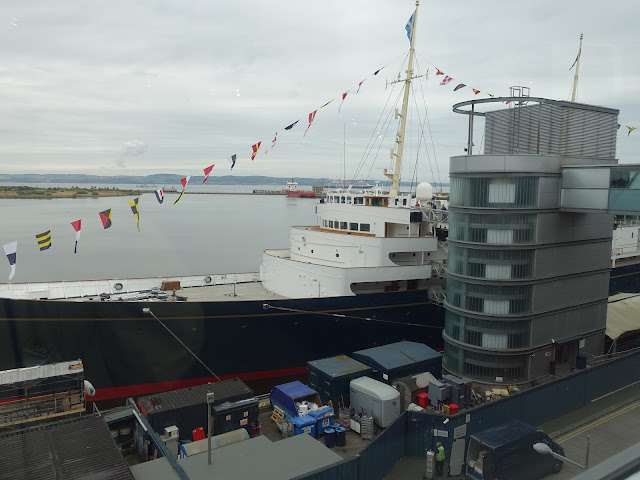 The way she's more it's impossible from this area to get a full view of the decommissioned yacht of the Queen. 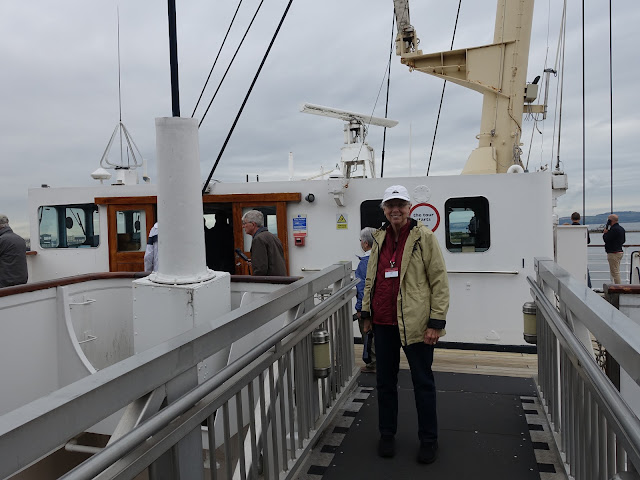 However I was lucky enough to be able to take a picture of a queen boarding the yacht. And even better she's the queen of my Life. 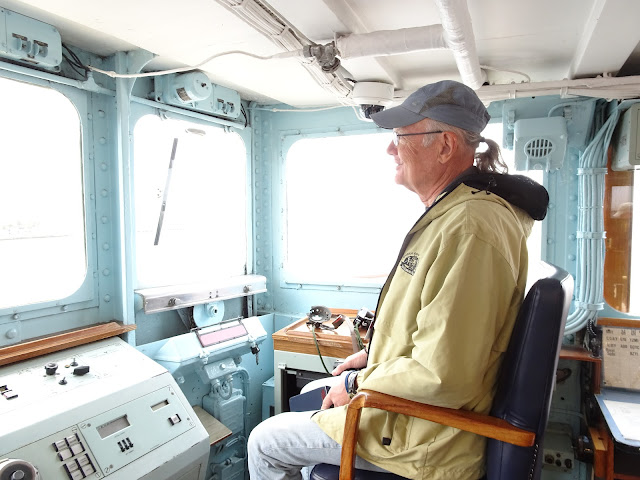 When the queen orders you to go sit in the captains chair you do exactly as you're told. Smart Bob. 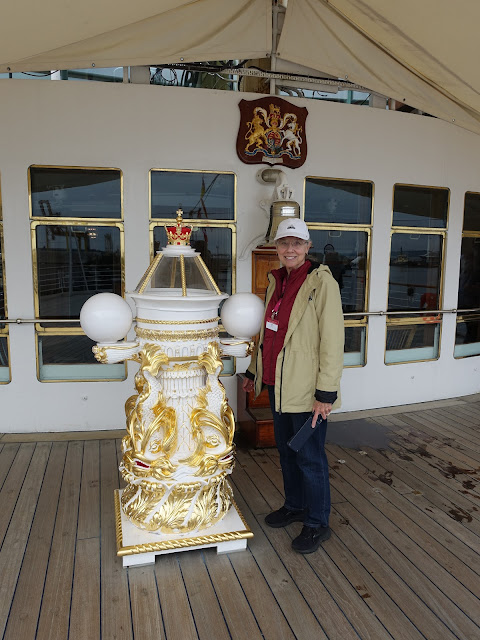 I never was sure what this was supposed to represent or exactly what it was. That is the weight in gold object, not the beautiful young girl standing beside it. 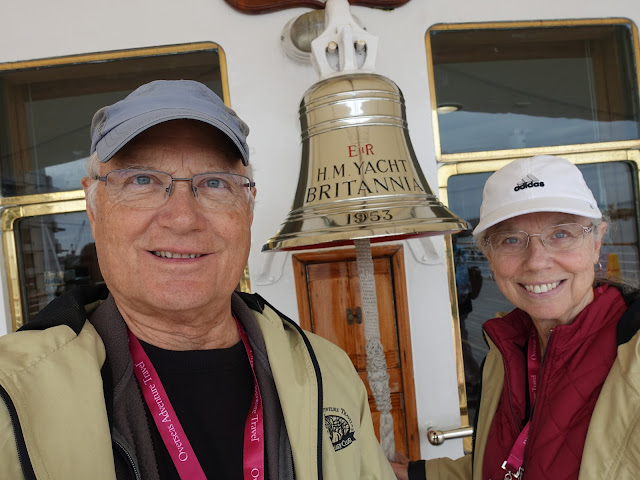 Selfie just to prove that I was really on her Majesty's Yacht Britannia and that the Queen was there. Happy Bob. 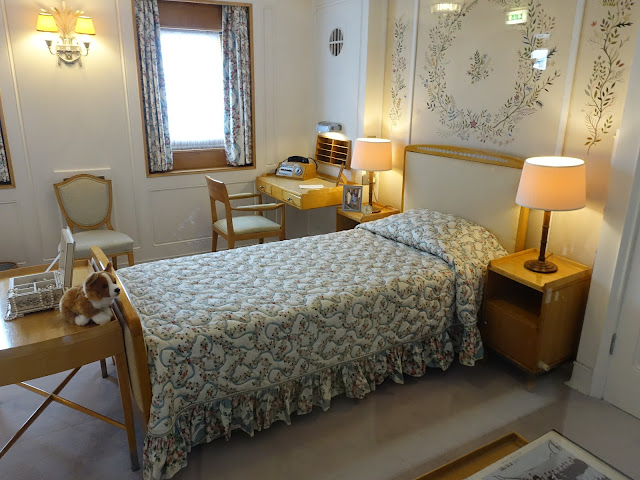 The Queens bed. She has her own quarters, and Prince Philip has his. 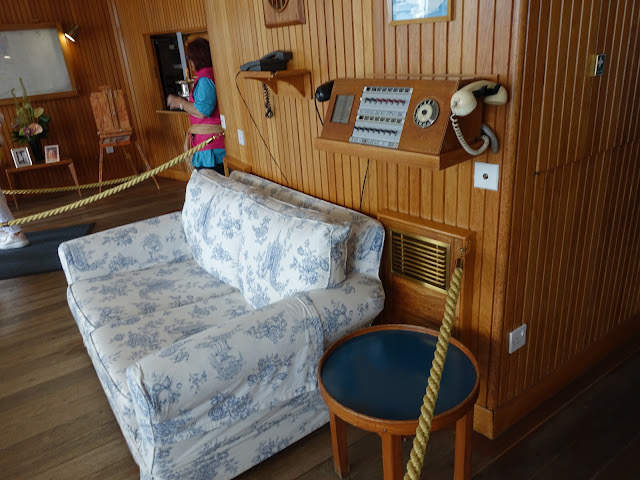 Sofa where the queen could sit and look out the windows at the Stern of the yacht. 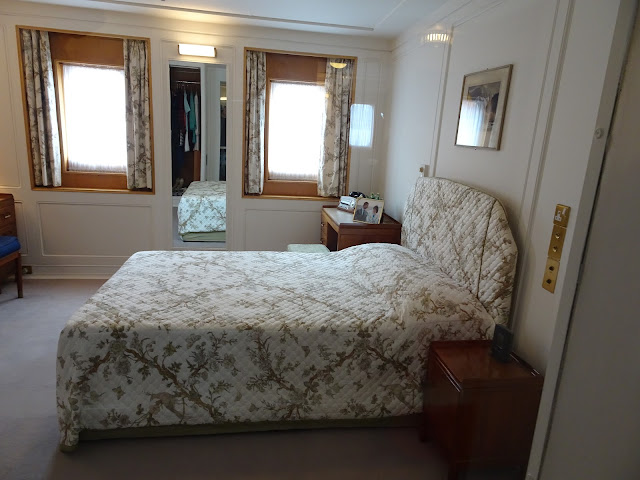 The only double bed in any of the rooms aboard the yacht. This was installed under orders from Prince Charles when he and Princess Diana were aboard. 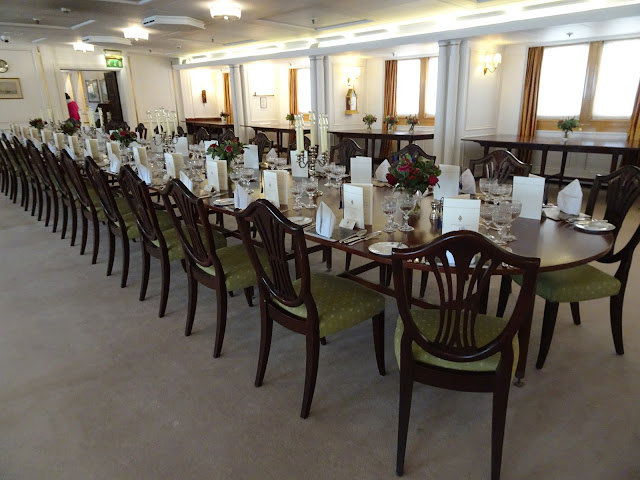 The dining area where the Queen entertained. Today it is still used for entertainment, but it is corporate meetings that take place. 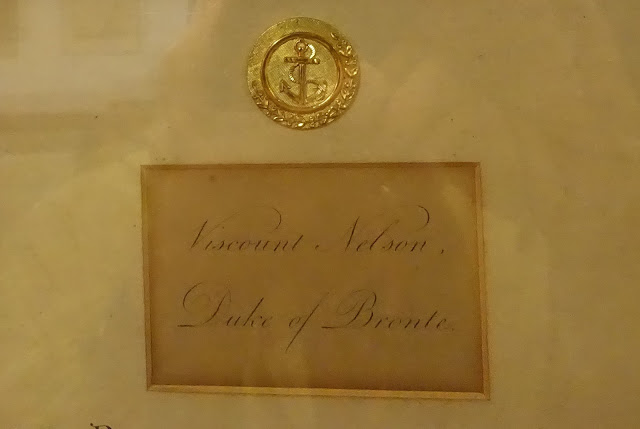 If you're in the UK and it has something to do with the sea, there will be something from Admiral Nelson. This is an actual button from his coat. 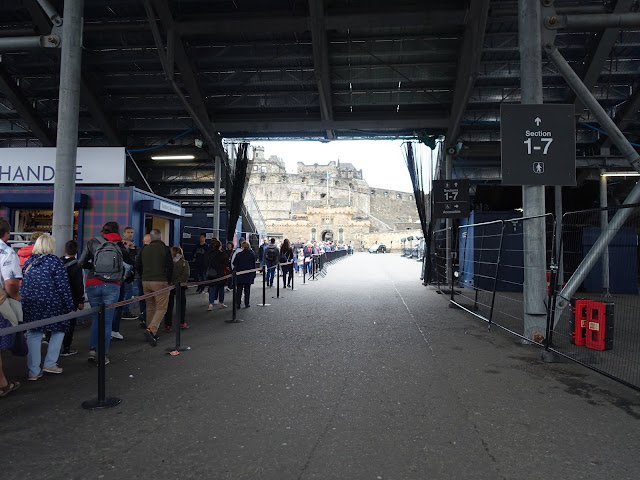 Next it was off to the castle. This is the view from the entrance under the stands of the Tattoo. That was a never-ending constantly moving line of people streaming into the castle area. I asked our guide George if this was typical of the crowds. He said that the summer is always busier than any other time of the year, but this was unbelievable. 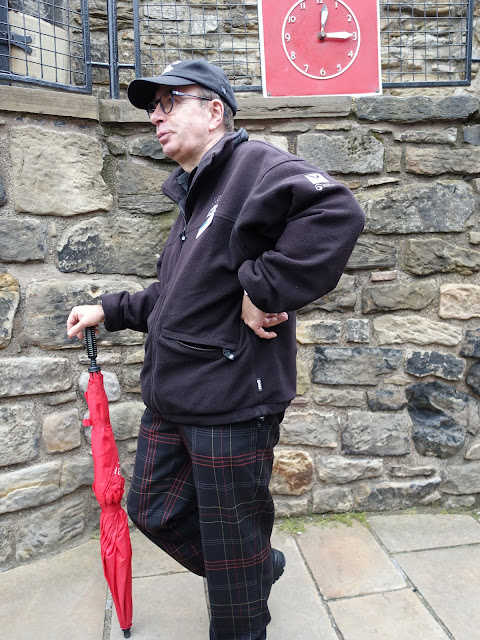 I'll in the castle we took the free tour at a bus say our tour guide was rather unique. 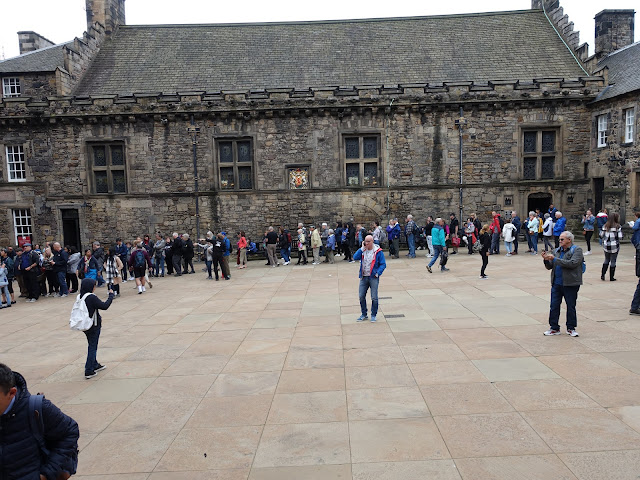 To get into the area where the crown jewels were you had to que up. Linda is not big on queuing, especially when the wait is about a half an hour. This also doesn't begin to do justice to the length of that line, but my lens federally take in so much. 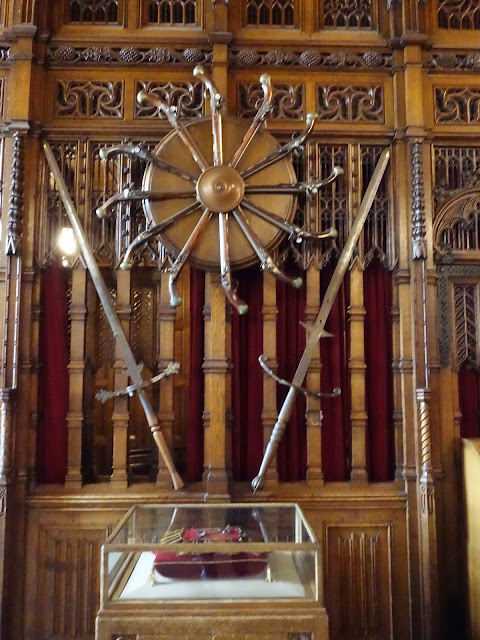 When she who commands says take a picture of that, he who obeys does. Smart Bob 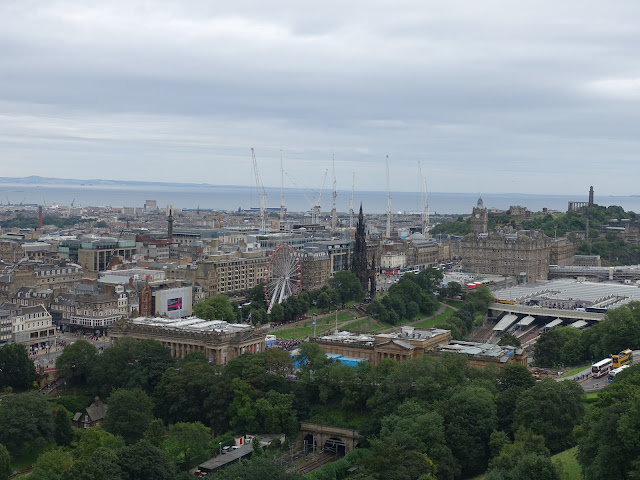 There are some pretty awesome views from up here in the castle. 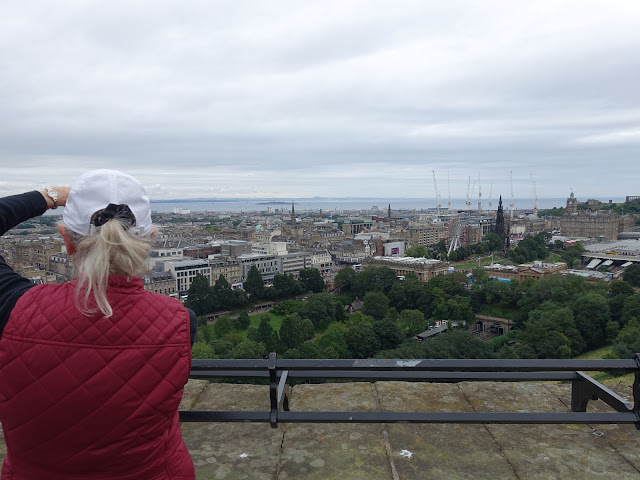 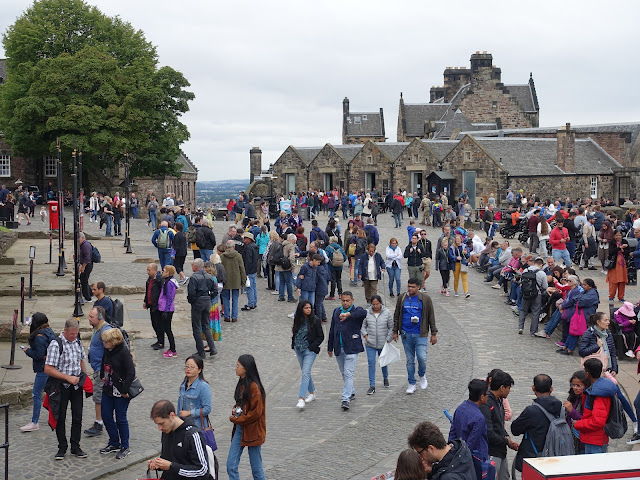 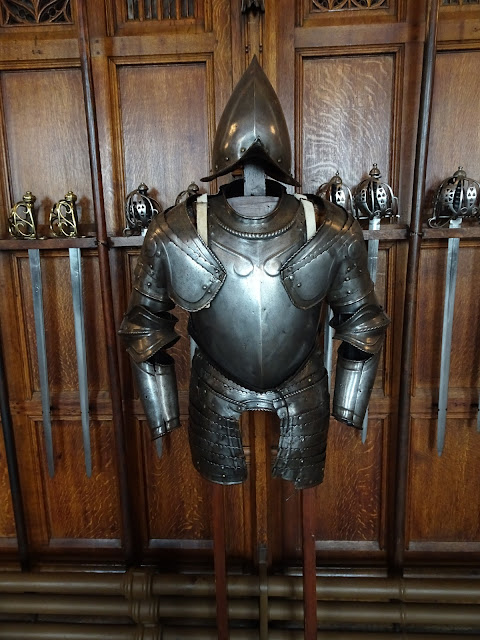 Linda likes to take pictures of suits of armor, swords and the like. And Bob knows enough to at least post one of them. 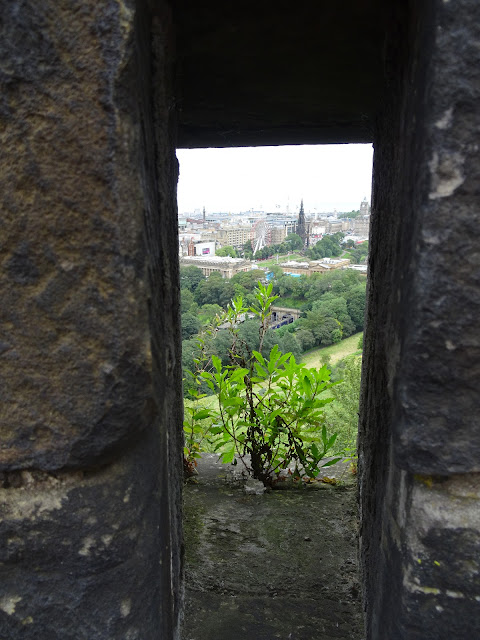 Gun port view from the castle. 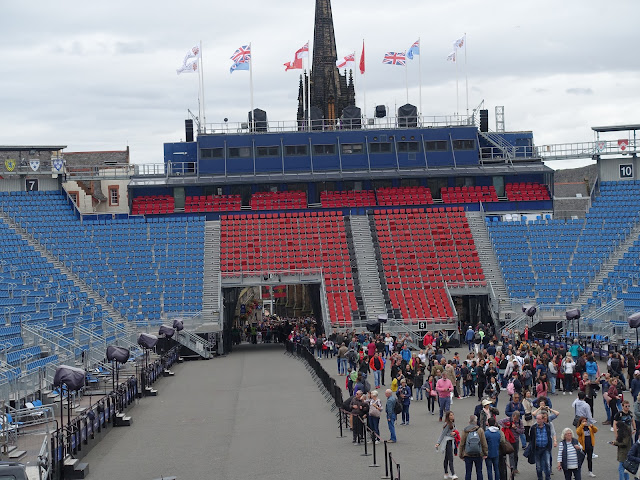 A fitting picture to end part one of today's post. Many of part two's photos will be taken from high up at the other end of the tattoo stands

Email ThisBlogThis!Share to TwitterShare to FacebookShare to Pinterest
Labels: Edinburgh, Scotland, The Britannica, The Tattoo