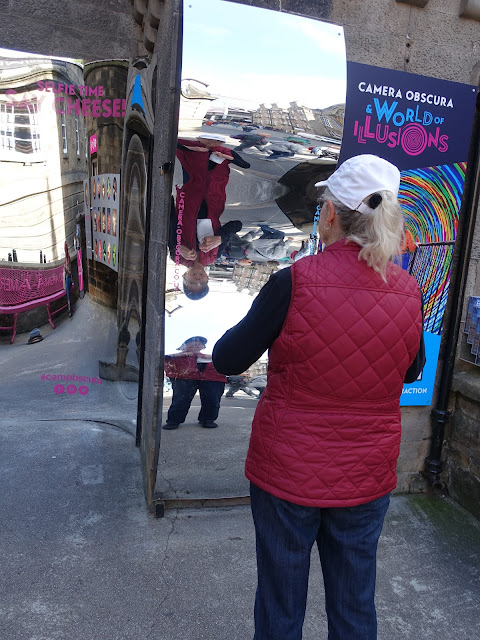 Backup to the castle area this morning and a little fun with mirrors. 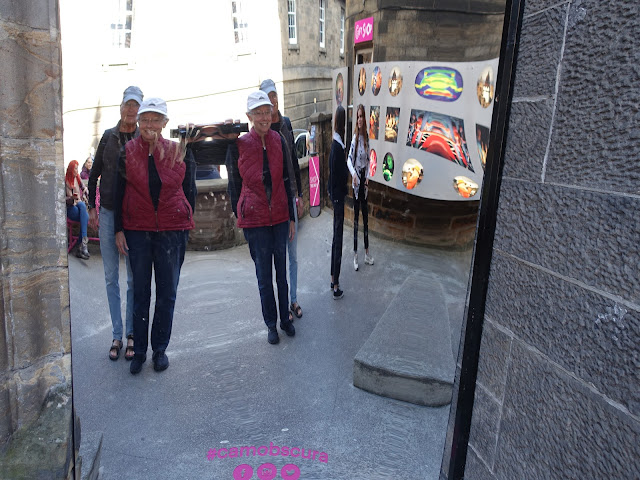 Double your pleasure double your fun in the castle area. 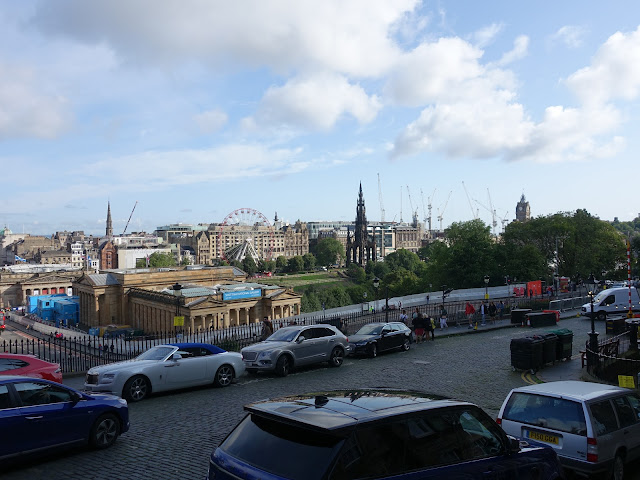 Compared to other trips through the same spot over the last week and a half something is missing this time. It's the mass of people going up and down the hill. Early morning gives an entirely different flavor. 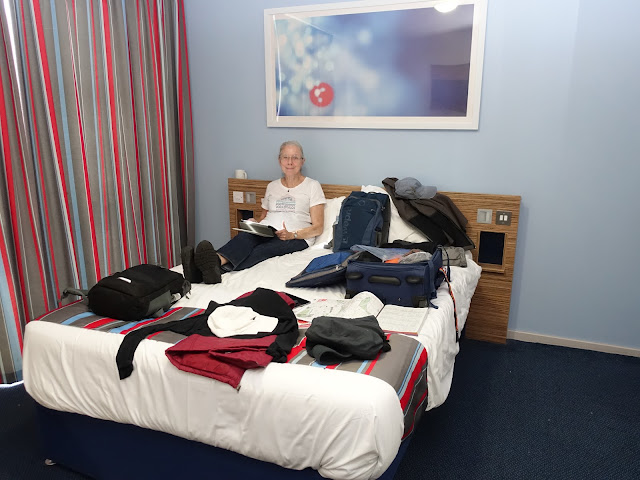 So what's this all about you might ask? It's moving day. We are changing hotels and going to the other end of Princess Street where our hotel for the OAT tour is located. What you see there could be referred to as my stuff, since Linda's bag is already packed and ready to go. 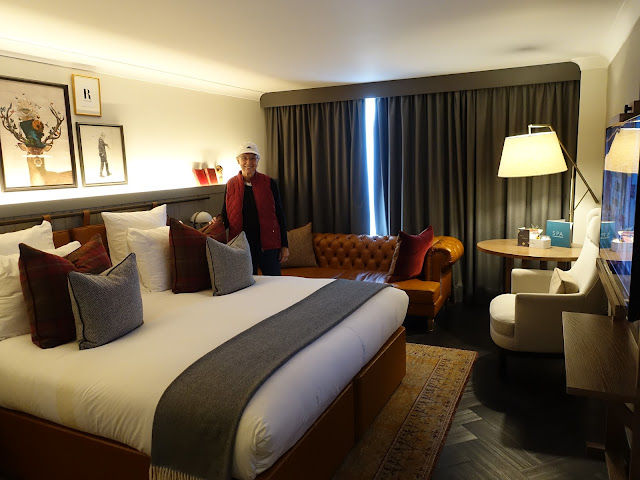 Our room for the OAT tour. A major contrast in size and appointments. We had checked into staying here and decided that the room is a room and at far more than double the price of the Travelodge where we were staying, it certainly wasn't worth it. Besides, the Travelodge ended up being in much closer walking distance to the majority of the Fringe venues we attended. 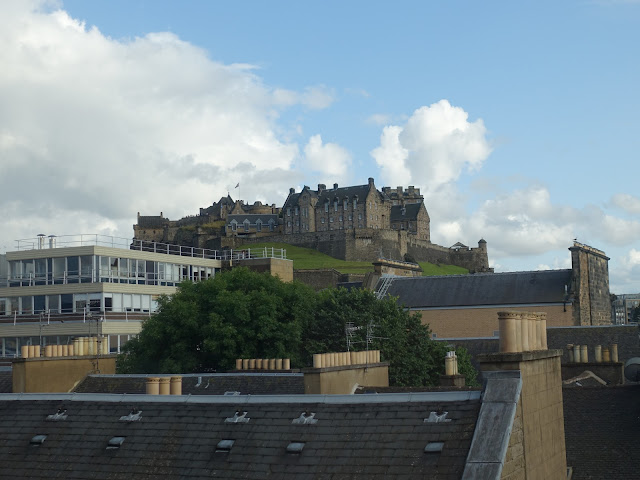 The view of Castle Hill from the hallway outside our room. No photo of what we see from our room as it's only more rooms across the way. One cool thing about this photo is that I can make out nearly 60 chimney pots. 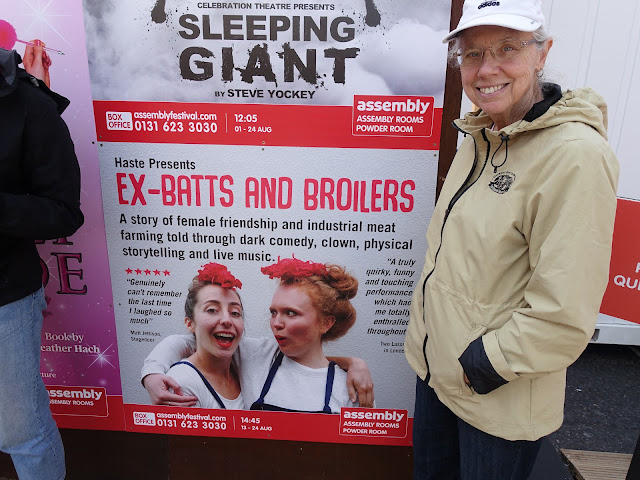 Just because were moving hotels doesn't mean we can't attend Fringe events. One of the criteria is we have for picking some of the more off-the-wall events is, our chickens part of what takes place. This one was to chickens that were about to be well you know what, but there was a big party and whichever chicken got the most votes from the audience got to go to the party. In the end it turned out that the chicken who got to go to the party was served well. That is, they were plucked, trussed up, cooked and served. It was one of those, you had to sit there and laugh and laugh to really understand it, as my brief synopsis doesn't begin to do it justice. 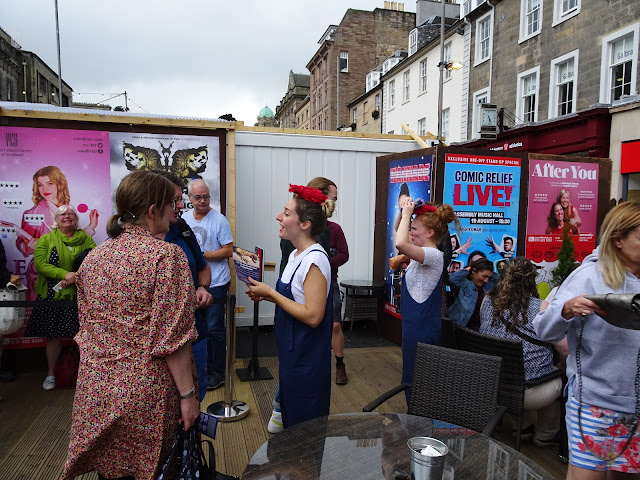 The two actresses that were the chickens. They were great. We've learned that it's this type of "weirdness" that adds that special flavor to Fringe. 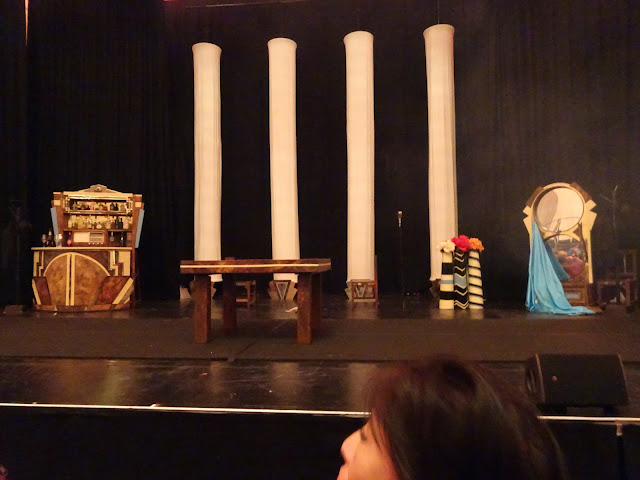 As I mentioned, no photos of the actual performance, but then this not this one in of the stage for the Black Blues Brothers acrobatic performance. It was set to songs from the movie and the performance was five South African acrobats whose activities fit in with whichever song was playing. It was in a jam packed huge theater and the audience, Linda and I really got into it. As always we were right up front, third row just off center. 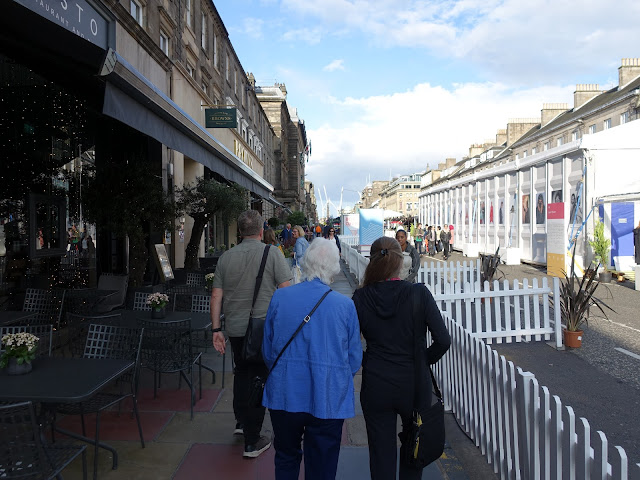 Our first tour outing, with our guide George leading the way to the restaurant for the Welcoming Dinner. There are 24 of us on the pre-tour which is double the largest OAT group we have ever been in. It will be interesting to see how it goes. 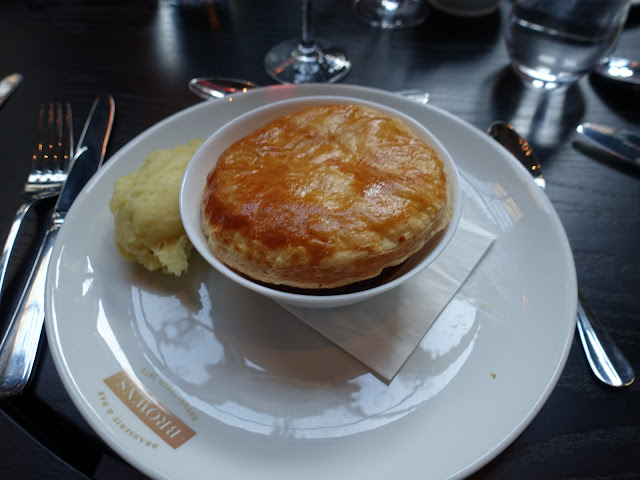 Steak pie was my selection for dinner, and was it ever good. 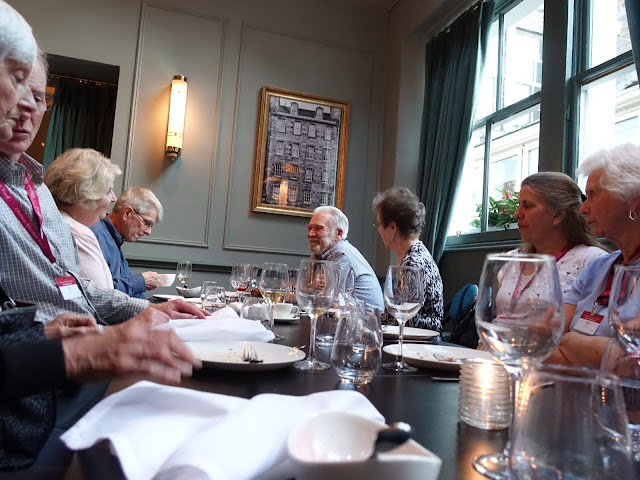 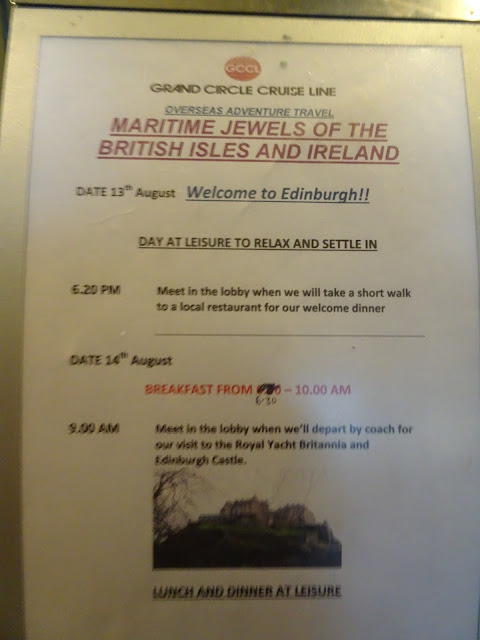 Tomorrow's itinerary. Just a few things in the morning and the rest the day free, and for us tomorrow night is the tattoo. And as we expected tomorrow's weather is, light rain all day, sigh. Of course other than last Sunday when they predicted rain all day, and it did rain all day, that is the only time in our nearly 2 weeks in Scotland the forecast is been correct. Let's hope that tomorrow is not a repeat.
Posted by Bob and Linda at 2:44 AM