Culloden Battlefield and back to Edinburgh - Aug 9, 2019 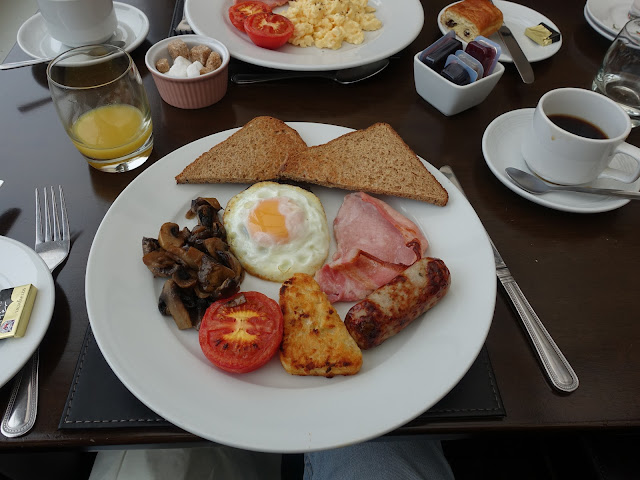 Something a little different for breakfast this morning it's what they term at this hotel a full Scottish breakfast. Since this is the first one I've ever had I have to assume that is indeed what is, though I sure do miss the beans. And yes, that is a fried egg with the yellow part in the center. And when I was finished eating that yellow part was still there. I'd rate the tomato and the sausage as the best parts. Interestingly enough Linda had the same type of bacon I did with her scrambled eggs but yours was very salty compared to mine. 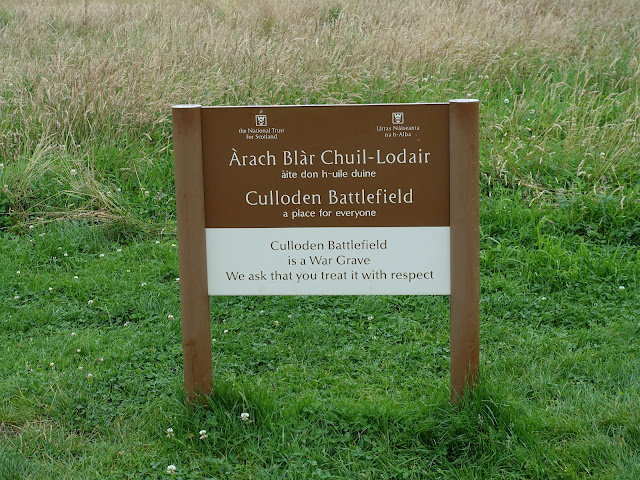 Today's major outing was to Culloden battlefield. It was where the Highlanders were roundly defeated and which ended the Jacobite rebellion. 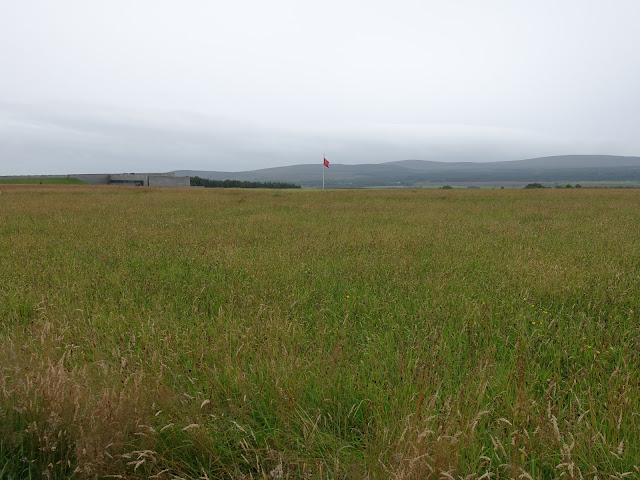 As is usually the case what the battlefield looks like today is not at all what it look like back in April 1746. 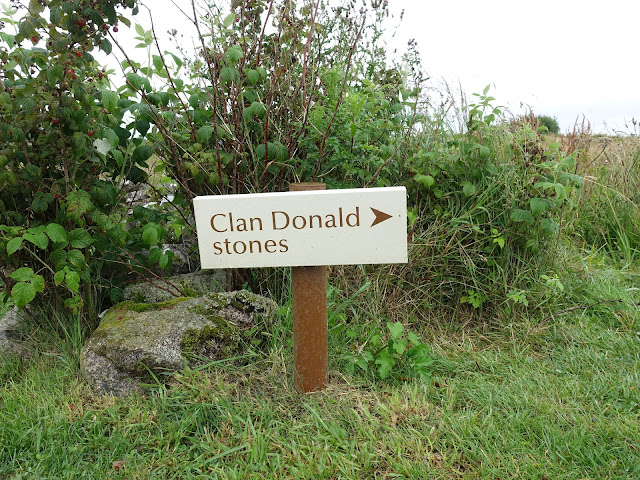 There are a number of markers on the field memorializing different plans since I am a descendant of clan Donald we were especially interested in fighting that Memorial. It took quite a while to located as the markers are as significant distance from where the majority are but luckily there were signs pointing the way. 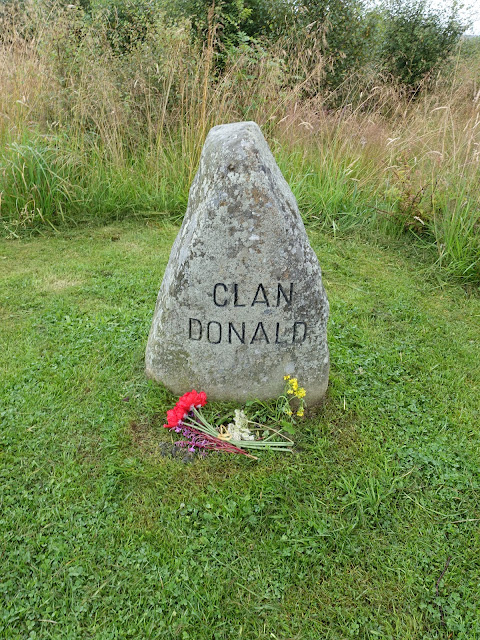 The losses of the Highland clans in this one-sided battle were horrific. While I don't know my direct line Donaldson ancestors that far back, I feel that none of them would have been in this battle. Still I felt a sense of attachment to those of clan Donald who lost their lives fighting for their way of life. 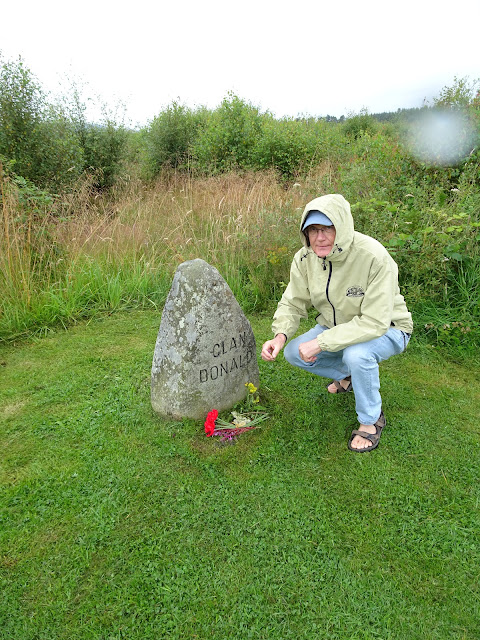 Linda had picked a tiny sprig of Heather and I added it to the other flowers in front of the marker. 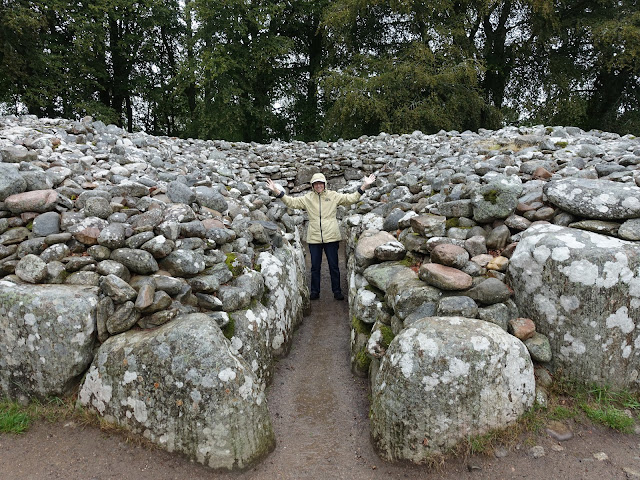 Not too distant from the battlefield can be found a prehistoric site. It reminded us of the dolmens we visited during our time in France a few years ago. 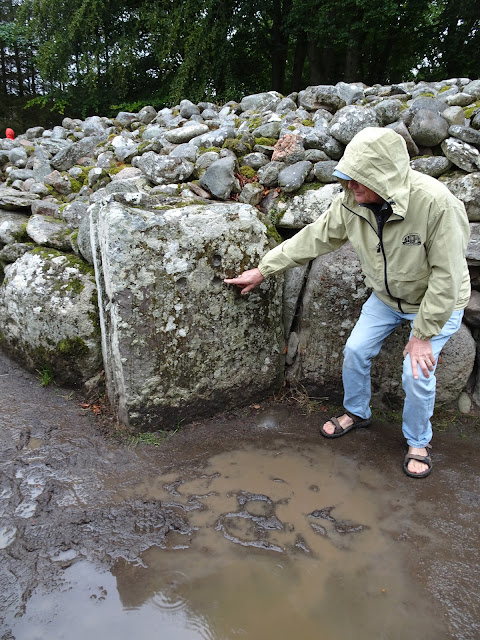 My fingers point to a round carved out area in the stone on my feet point to what we had to contend with at this site. 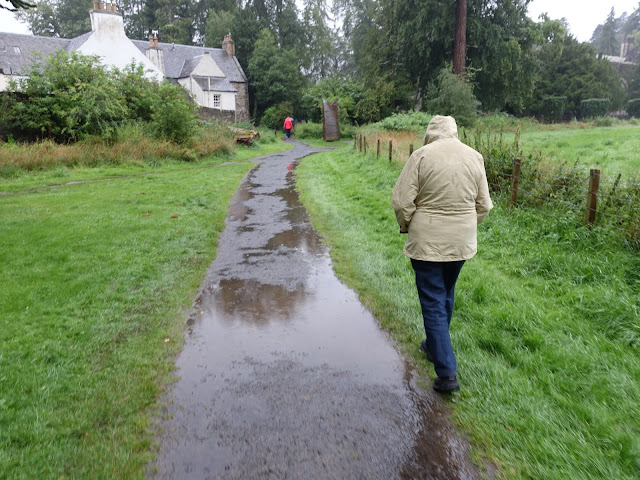 In case you haven't guessed it it was a very rainy day no matter where we were at often times when we stopped at a town or other place to get to where you wanted to go you had a walk around standing water. Maybe were becoming true to our Scottish background, as it's just water, it makes Scotland green and good whiskey. 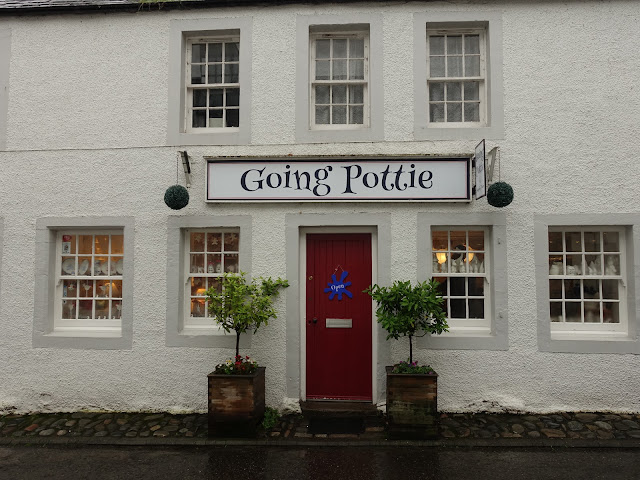 This shop had a really clever sign, what it is is a ceramics gift shop. 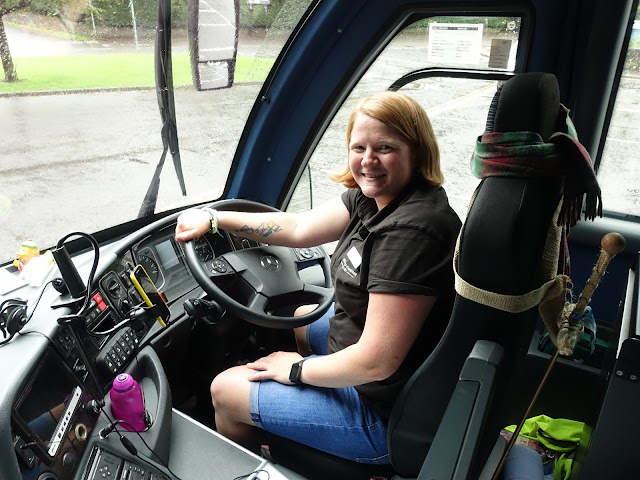 Our guide, Gilly (pronounced Jill) at the wheel of our bus. Talk about the all-in-one guide, she drove the bus and provided commentary, with lots of tall stories and humor thrown in. 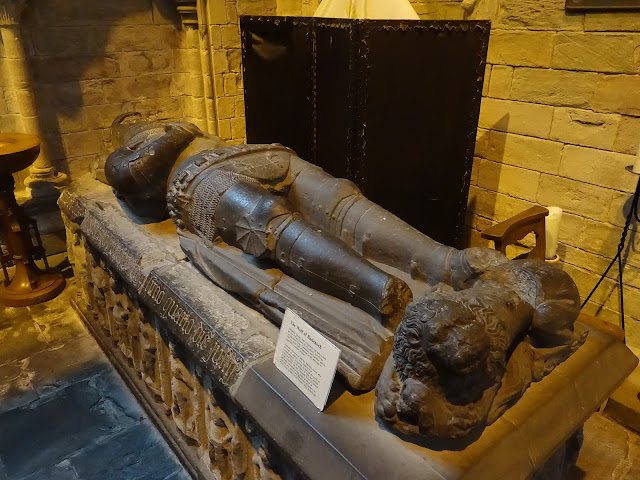 In a church back behind the altar area we stumbled upon the grave of the Wolf of Badenoch. All I'll say is that when you desert the wife who bore you six children, then burned two towns and a cathedral when the church wanted to hold you accountable, but in the end were buried in a church there's a lot to the story that we don't know. 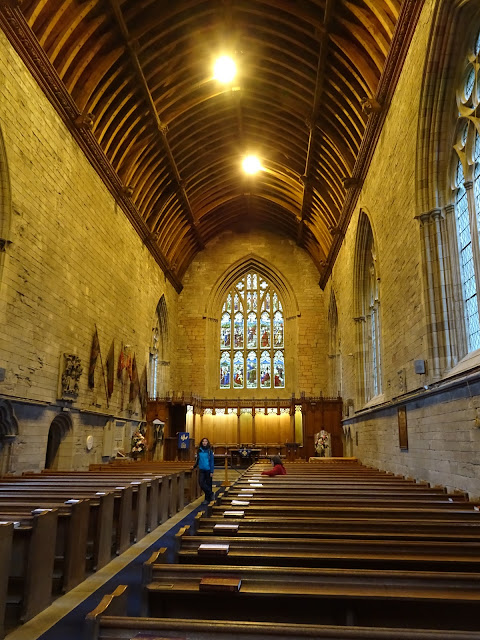 The medieval church or he is buried. 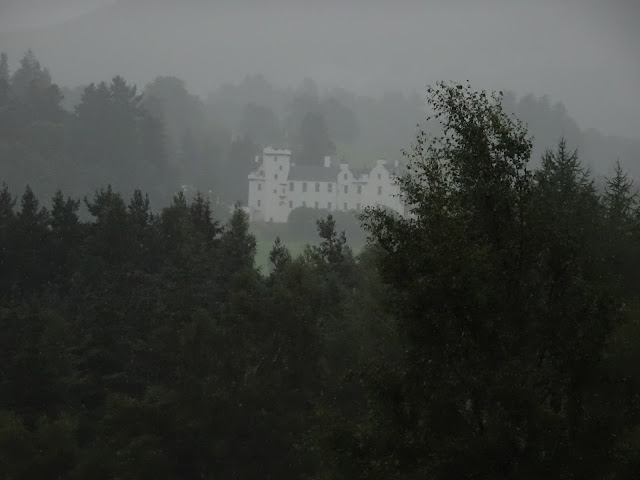 The more we traveled around Scotland the more apparent it became that castles are about as common in Scotland as fleas are on a dog. 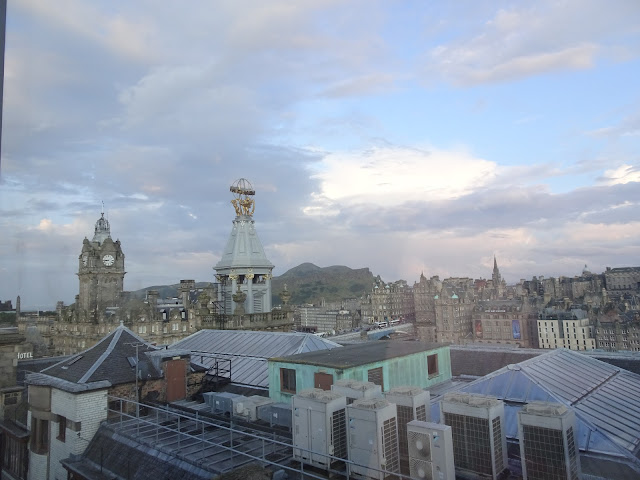 Back in Edinburgh at last. If you notice that there is blue sky and it seems as though the sun might be shining you'd be right. And with that ends and other very brief blog post.