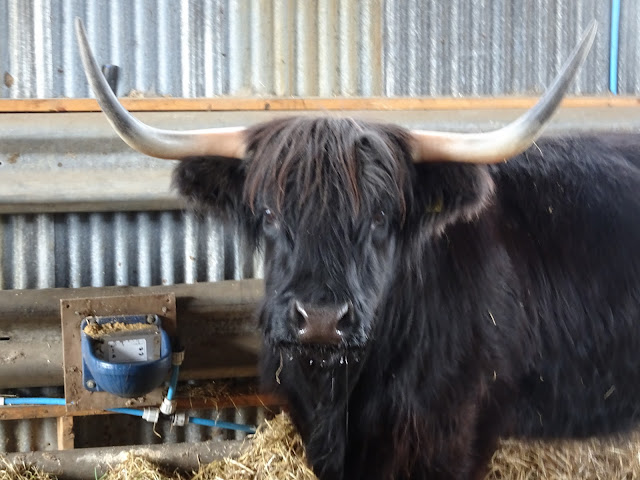 Hairy Coos R Cute. So there will be a number of coo photos today, enjoy! Sore Shutter Fingered Photographer Linda. 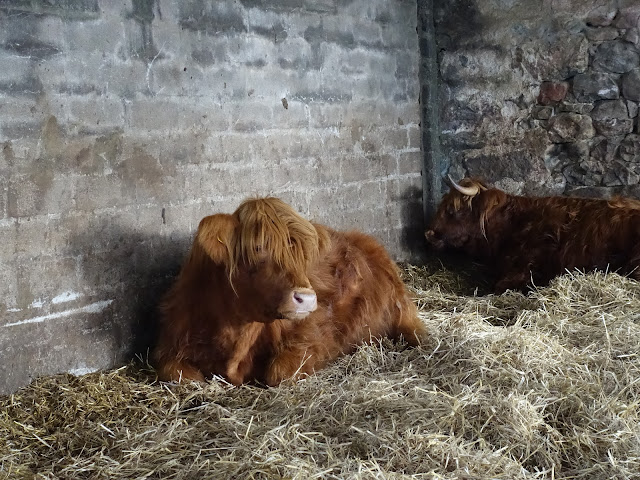 We were at a small farm operated by a young woman who is raising the quality bar and popularizing this breed of cattle. 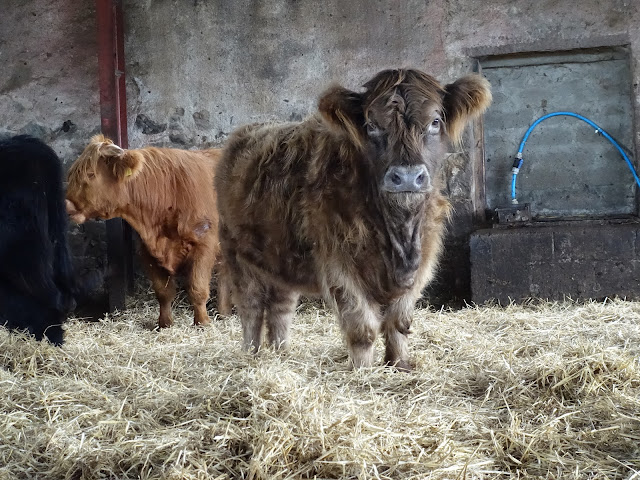 As you can see, they come in many different colors. 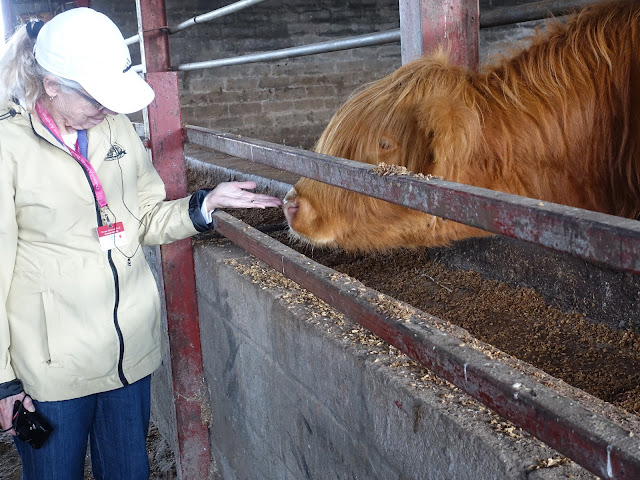 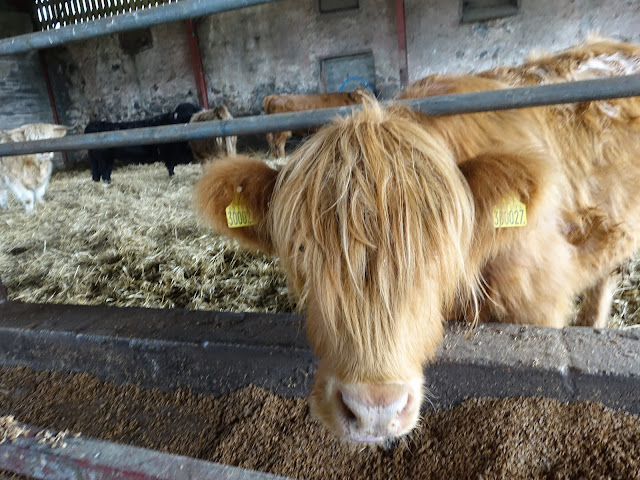 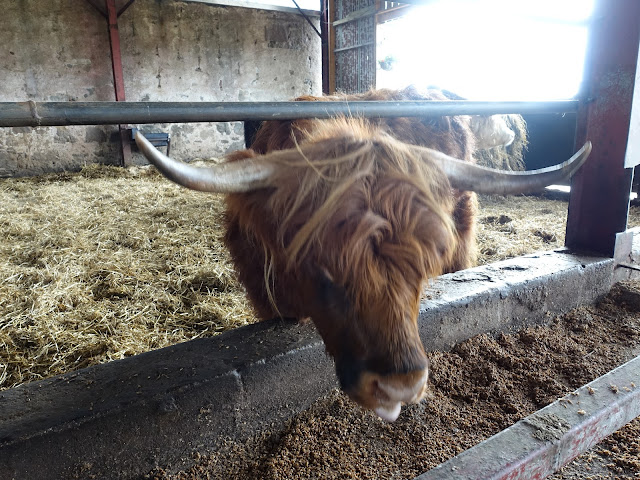 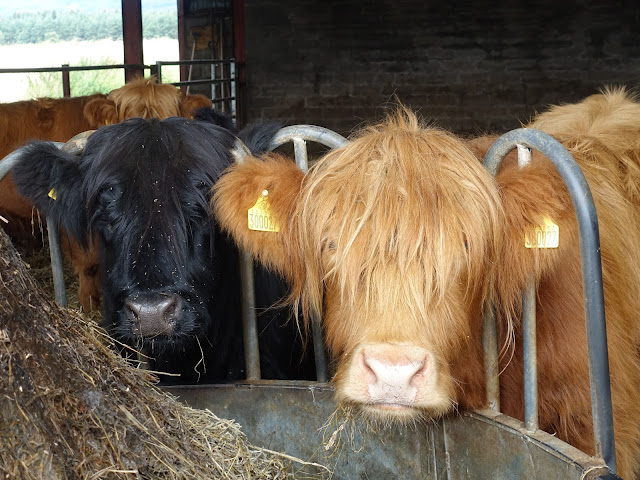 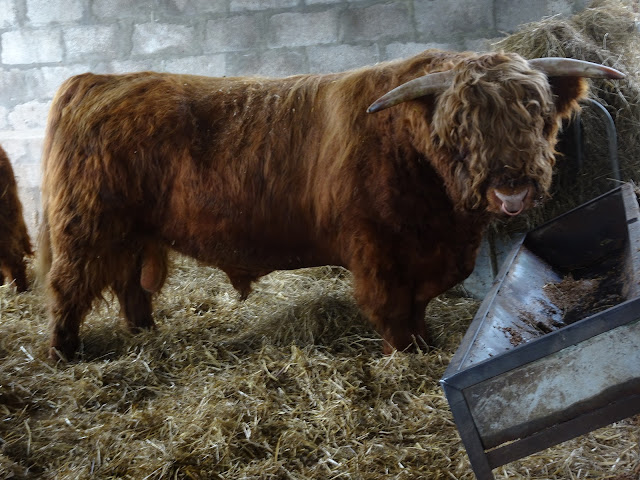 Some photos speak for themselves. 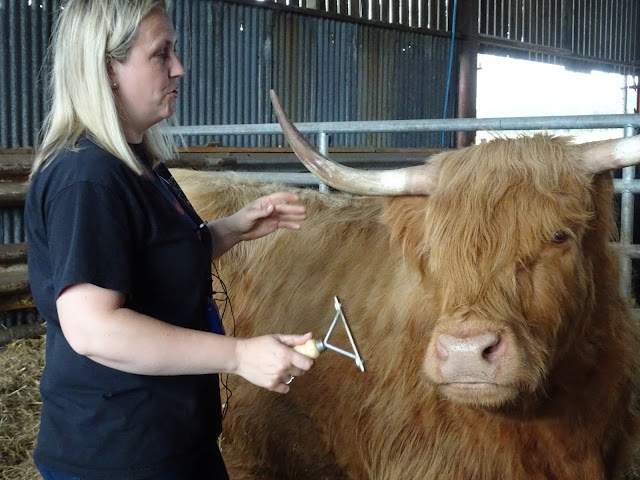 She loves to be combed. 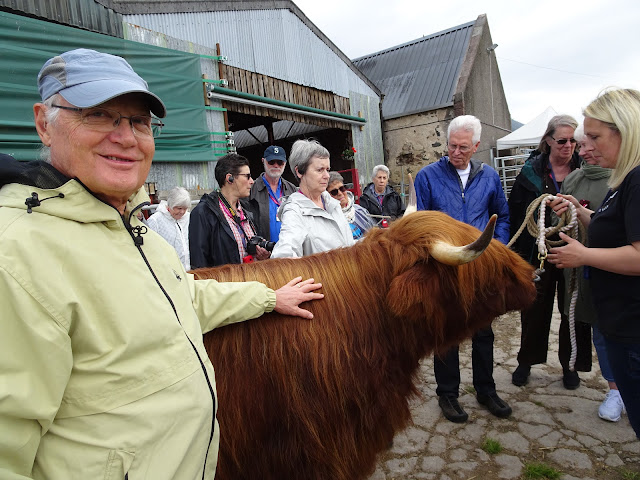 Silly me, and here I thought its hair would be soft and silky because that's what it look like. Non-farm Boy Bob 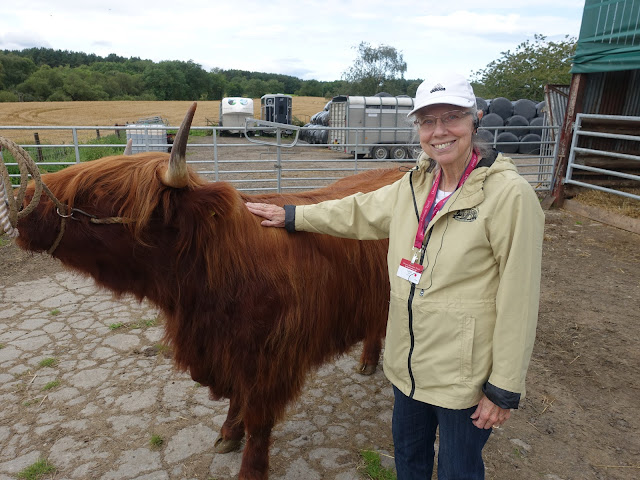 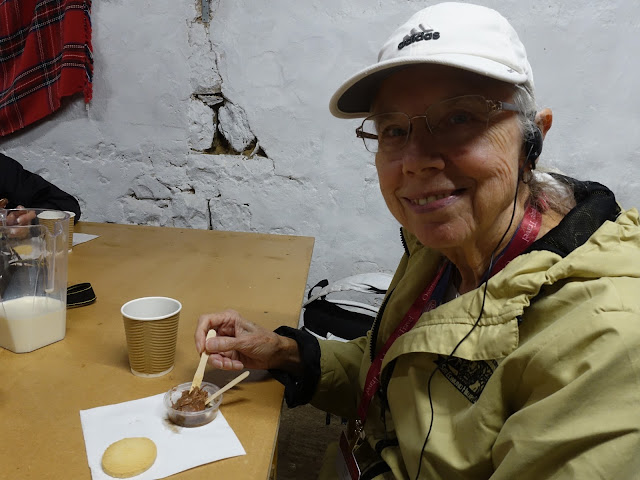 Some things aren't easy. This is opposed picture, no action was taken. Well not quite, the little plastic cup with the wooden forks was set in front of me as soon as I took the photo. You see what was in that cup was a sample of Jeffrey. Jeffrey being one of the Highland cattle that had been raised on the farm. I still remember the first time I visited Linda's farm. She took me down to the barn and named everyone of the cows. To this day she very, very rarely eats beef. 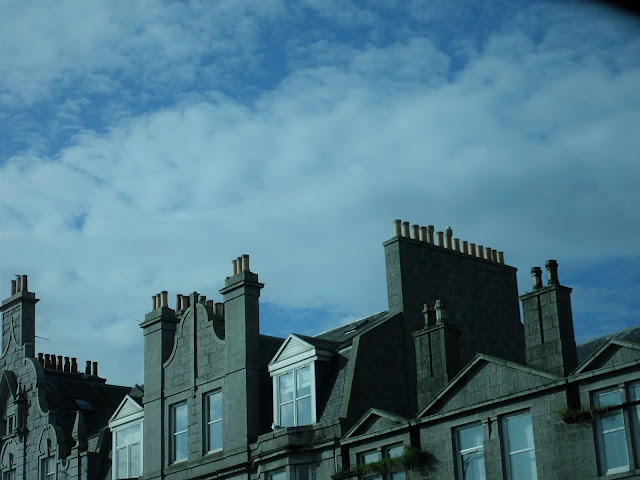 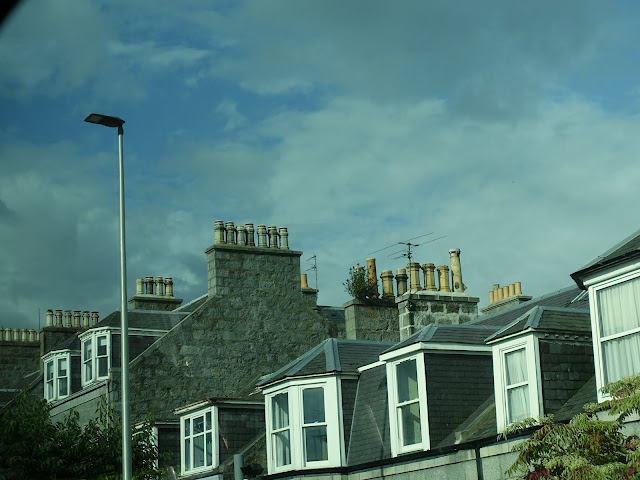 I can't help it. The bus drives past all these wonderful chimney pots and my camera seems to automatically take photos. Taking pity on anyone who reads this, I've left most of them for my own personal enjoyment. Nice Bob. 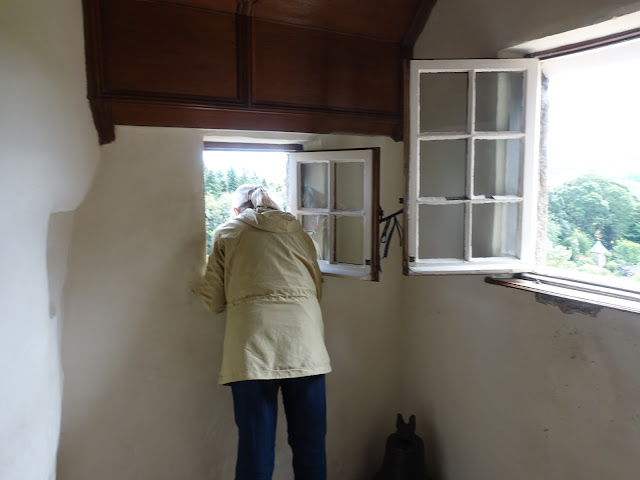 So where did the bus take us it took us to a castle and high in the tower of the castle what should I see but this. As to what she was doing, see below. 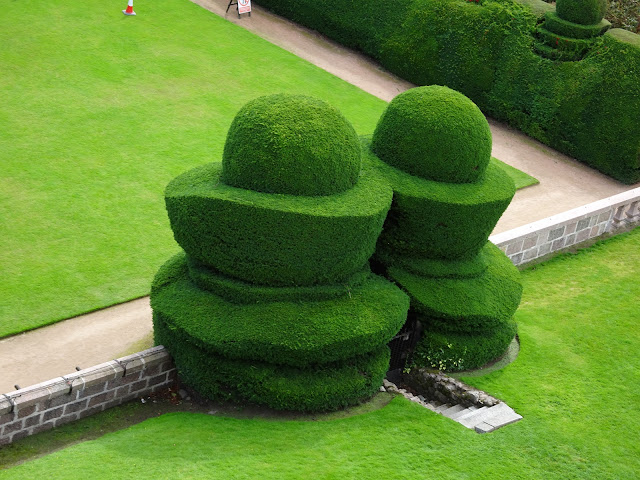 One of the things I like about downloading the photos is that I never know what's going to appear from Linda's camera. I'll just say what her eye sees is often quite different from what mine see. 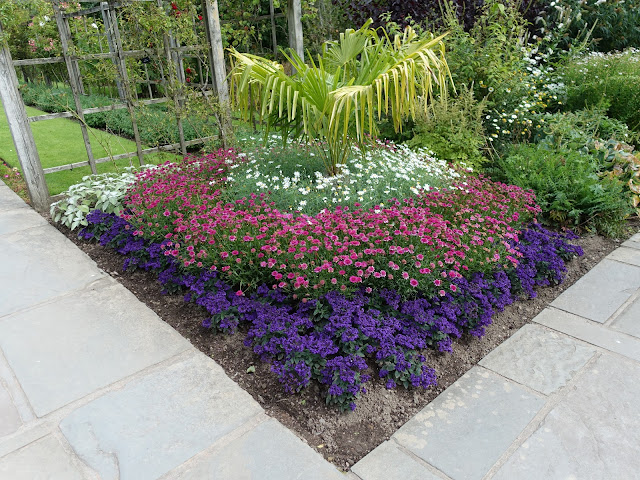 Photo by Bob. I'm not sure what happened because in the viewfinder I had this perfectly aligned as a triangle with the point in the center bottom and both sides equidistant. Maybe it goes back to the fact that what Linda's eye sees isn't only different than mine it's better. Of course I could carry this thought further and say that Linda is also much better than me. Bad Bob. 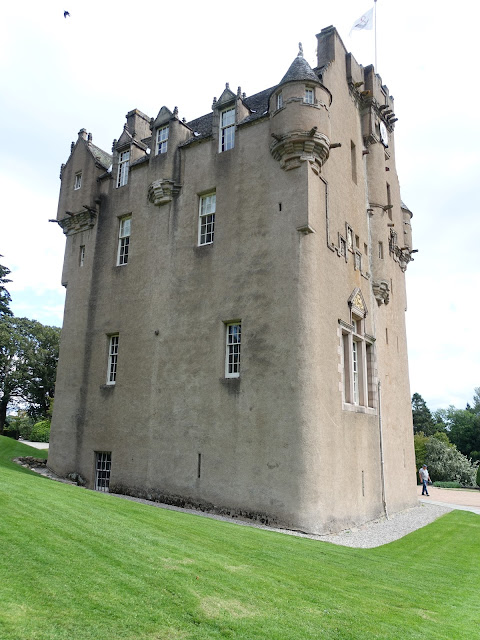 Not every photo of a castle shows it in its best light. Obviously I still do need to do a lot of work on my composition skills. 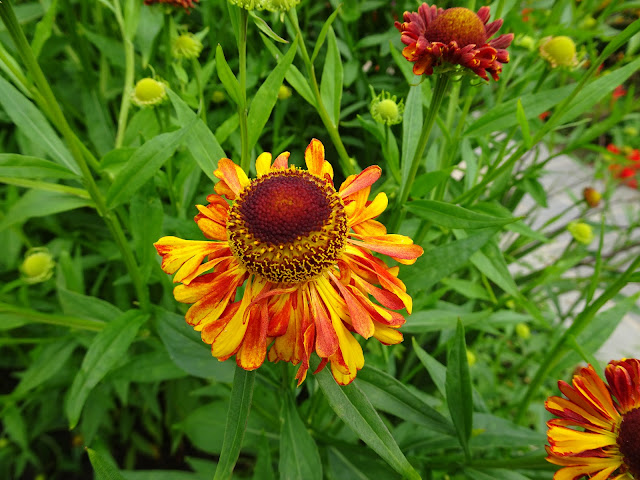 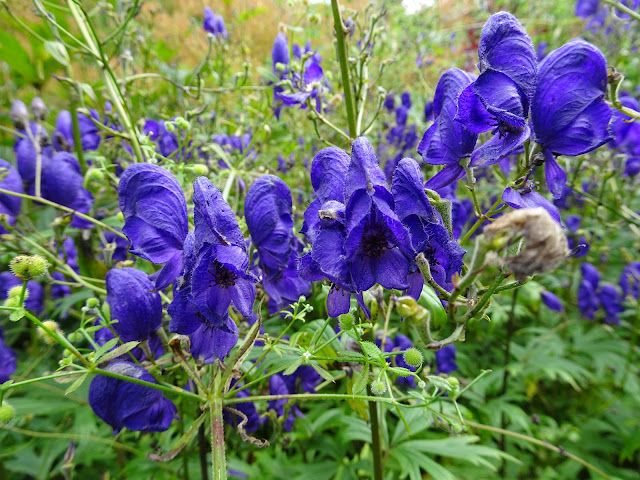 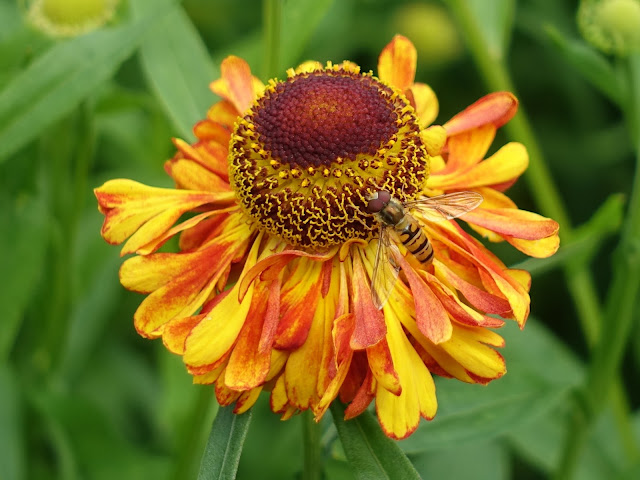 However, not to be outdone I am also capable of taking flower photos. I'm not going to say that this is a great photo, but sometimes all the camera settings and the subject matter seem to come together perfectly. Proud Bob. 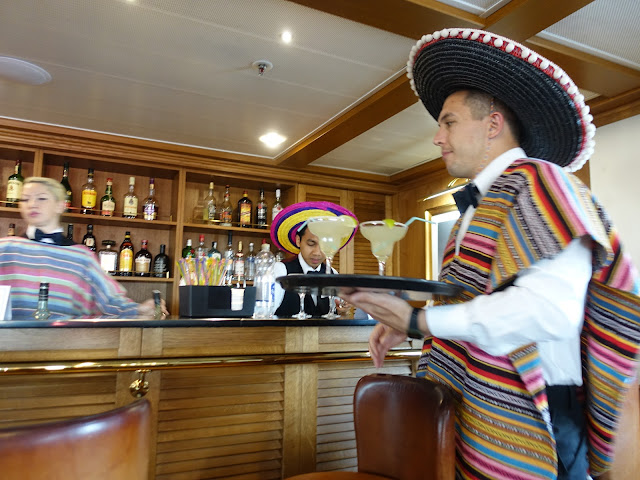 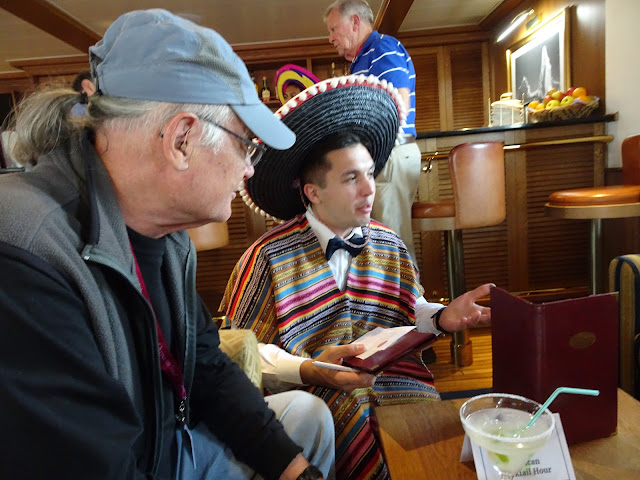 Two guesses as to what the theme of tonight's happy hour aboard ship was, and the first guess doesn't count. The bartender is from Indonesia, are server is from Ukraine, the ship is off the coast of Scotland and the margaritas were fantastic. Travel is much more than a place. 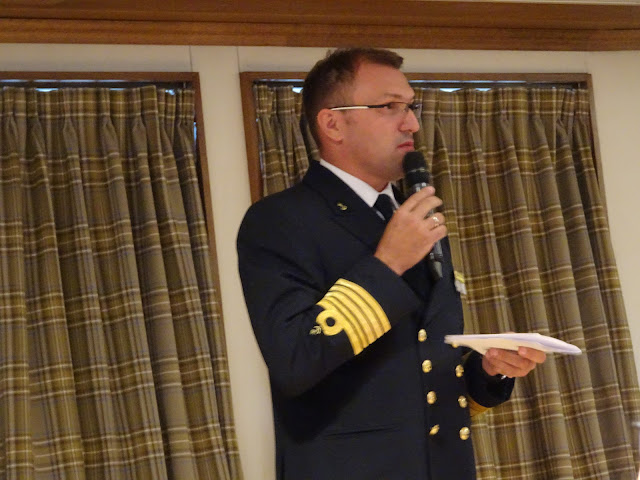 Our captain giving the nightly weather report for tomorrow. Tony, our guide says that most captains just say a few words and leave as soon as they can. Our captain is brand-new, so brand-new this is his first ship. He is funny, entertaining yet commanding and leaves you with the feeling that no matter what happens everything is going to turn out all right. For all we know he might have been one of the comedians at the fringe in Edinburgh and came on board impersonating a captain. Really, truly, I am just kidding. He is totally awesome. I don't know how we seem to get so lucky in our travels to get such fantastic guides and in this case such a wonderful captain. 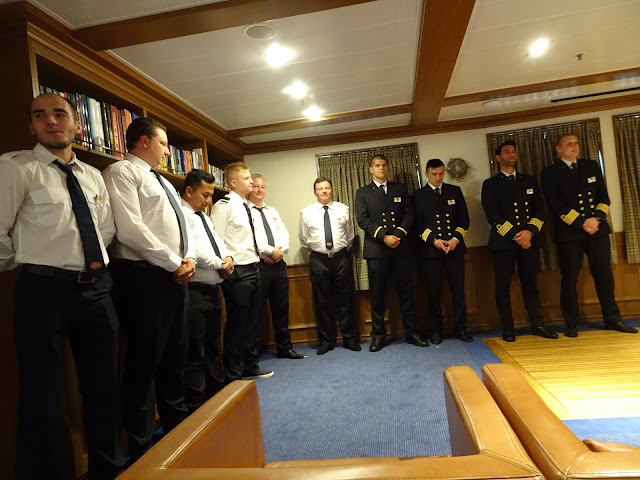 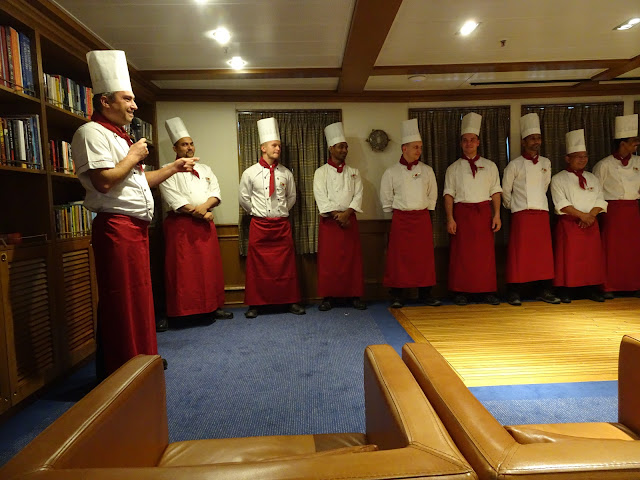 The head chef introducing his kitchen crew. The personality and people skills of the captain seem to be infectious. And from what we've been served so far their cooking skills are fantastic.

I got in a little behind in my posting, not do to a problem with Wi-Fi, but because we're just having such an awesome time from early morning to late night that there is little time for writing as we want to participate in as many things as possible. Plus everyone it seems on the ship has taken travel, as in being travelers and not tourists, to heart and we all have so much in common that everyone is an instant friend.
Posted by Bob and Linda at 2:34 AM