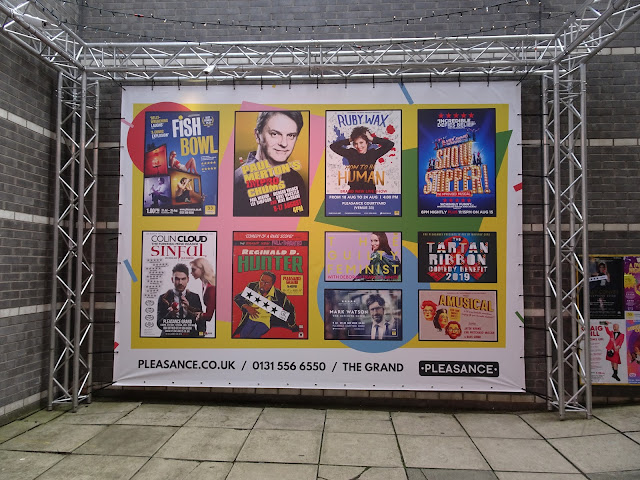 Fringe is so massive that after a while it seems that it's the norm. Everywhere you look there are posters, placards and handouts touting one performance or another. 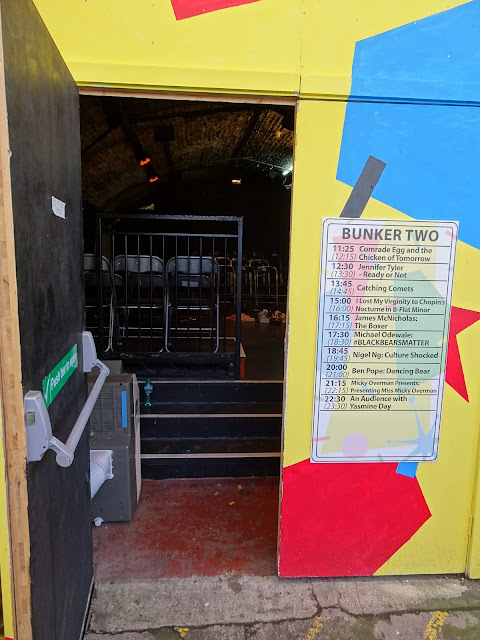 We decided to make this a day at the fringe. This performance is being held in what they call a bunker, probably because that's exactly what it is a bunker. I know you can't tell from the photo, but the brick walls and arched ceiling screen bunker. 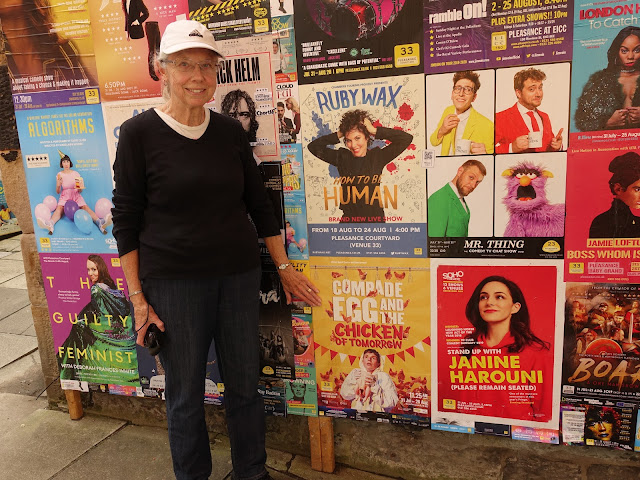 Okay, so it's a image of Linda standing beside a display of posters advertising events. Can you figure out which event we're going to see? Need a hint, look at Linda's left hand and think about what her favorite bird is. 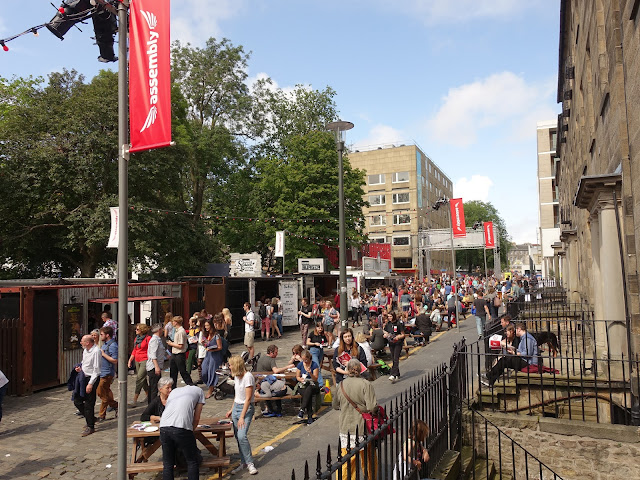 Fringe is not just in one location, but is scattered out over a large area. With time to kill between performances, we just sat on the stone steps and people watched for a while. 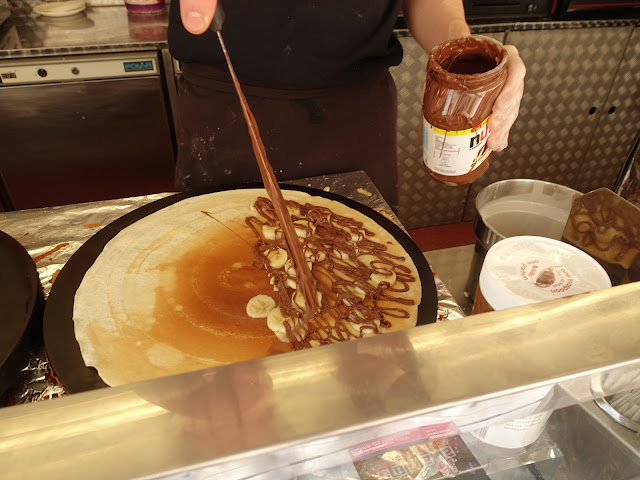 It didn't take long to figure out the real reason Linda wanted to stop here. Directly across from us was a crêpe place and soon we were watching Linda's banana Nutella crêpe be made. 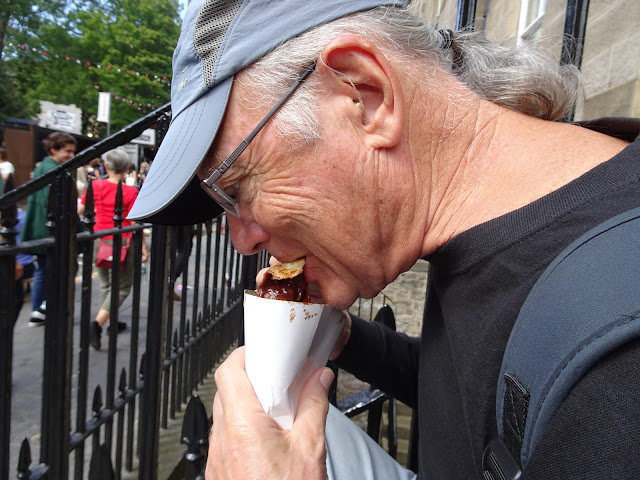 She tried her best to eat it all, but it proved to be too much. Me being the great guy that I am, helped finish it off. Or at least I ate all the wadded up crêpe in the little holder. I could see the bottom had a nice mass of Nutella and banana. The smile on Linda's face when I asked her if she wanted to have the Nutella and banana in the bottom need my day. Smart Bob. 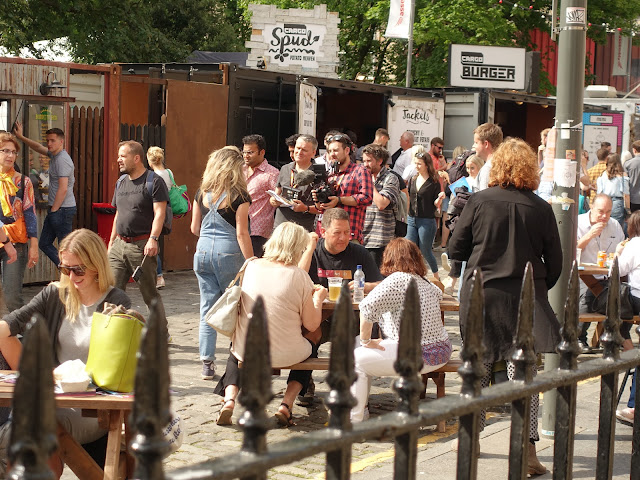 If you look closely at this photo in the center you will see two men one in a brown shirt and one in a plaid shirt. In front of them with a huge mass of hair, black top and blue denim overalls is an actress. The man in the brown was the director and the one in the plaid was the cameraman. It was obvious the actors was having some trouble with her lines and also with the crowd, because we watched them go through at least a dozen to 15 takes before they stopped. Once or twice people cut between her and the cameraman if she walked up to them and several times she broke out in laughter as she was saying her lines. As I said earlier, we had a great time people watching. 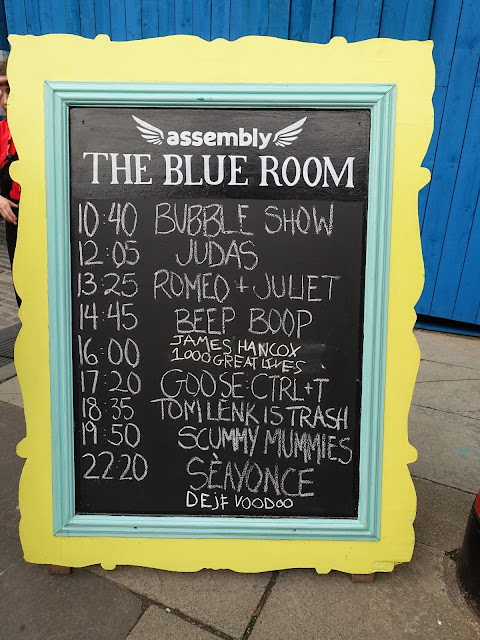 There is such a huge number of performances to choose from it's almost impossible to decide what to go see. This one was called Beep Boop and was in the venue known as the blue room. 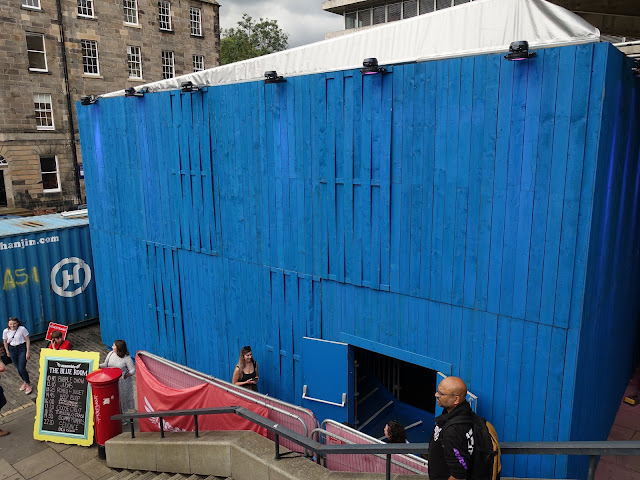 Some venues are hard to find, the blue room was not one of them. 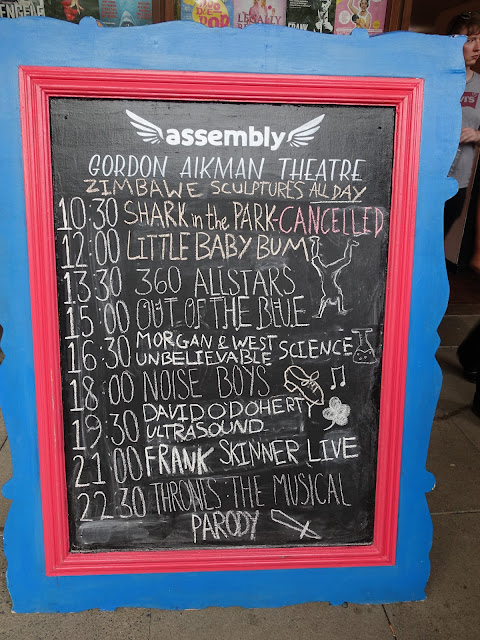 Another performance we saw was called Noise Boys. I was probably in third or maybe even just second grade when there was a Dance exhibition at school. I am anything but a dancer but for some reason ever since I have really enjoyed watching tap dancing. I know it's probably not most peoples cup of tea, but this one was really awesome. 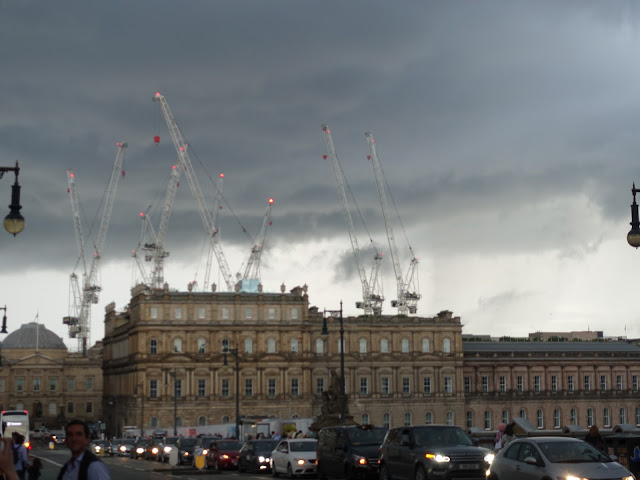 What can I say, some things just begged to be photographed, even if the photographer leaves a lot to be desired. 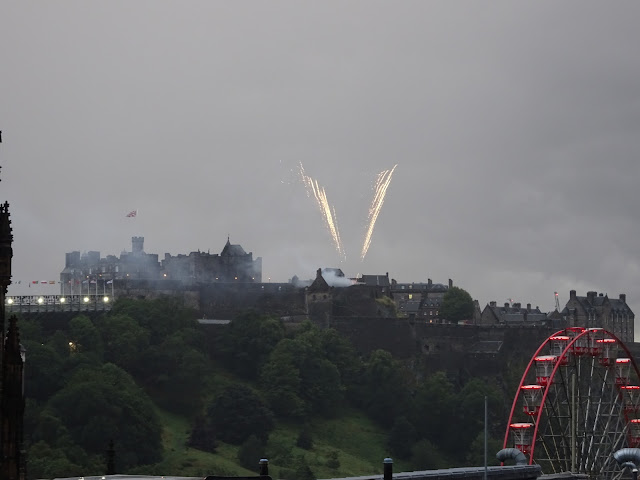 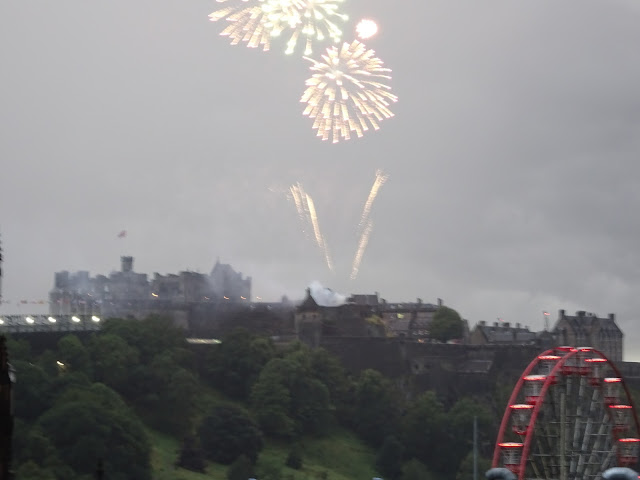 The end of the day with fireworks going off from the castle. On Saturday they have an early Tattoo performance, and it was our first chance to the fireworks at the end. With our 7th floor room we have a fairly decent view of the castle area. But never having taken photos of fireworks in a long time, doing the pyrotechnics  justice was impossible.