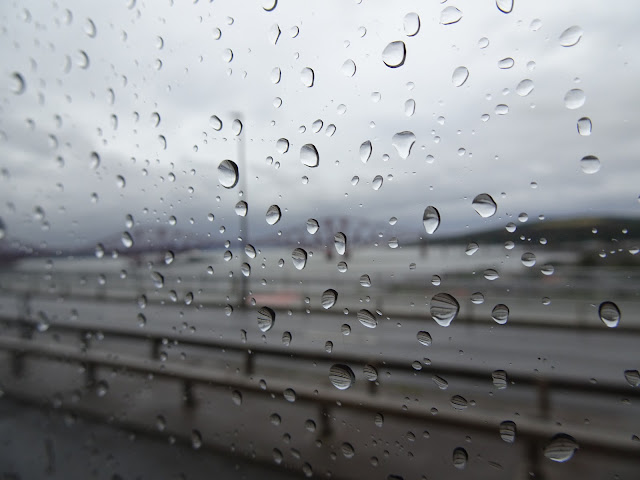 It was just another typical beginning to a normal day in Scotland. 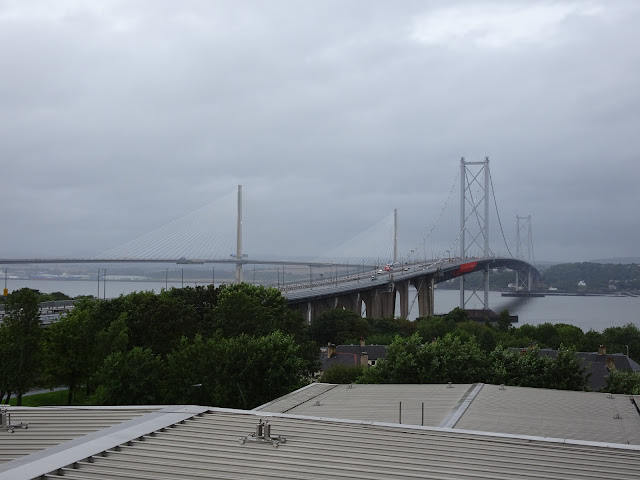 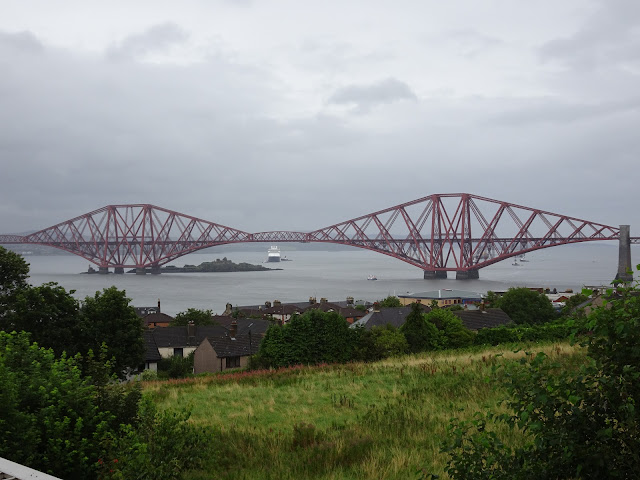 The oldest one is this former railroad bridge that was built in the 1890s. 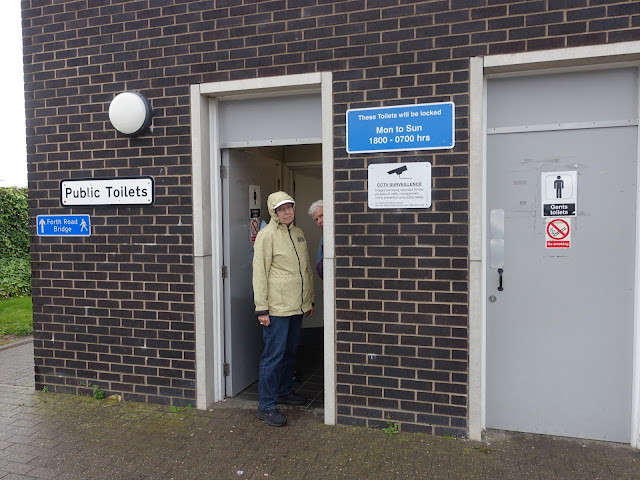 The look on Linda's face is that "you're not going to take another photo of the line at the women's restroom", to which I paid no attention and took this photo. Bad Bob. 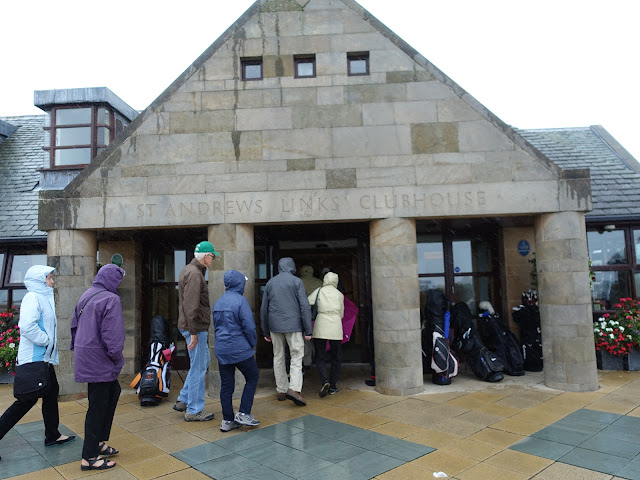 Our first stop in St. Andrews was at the golf course clubhouse. 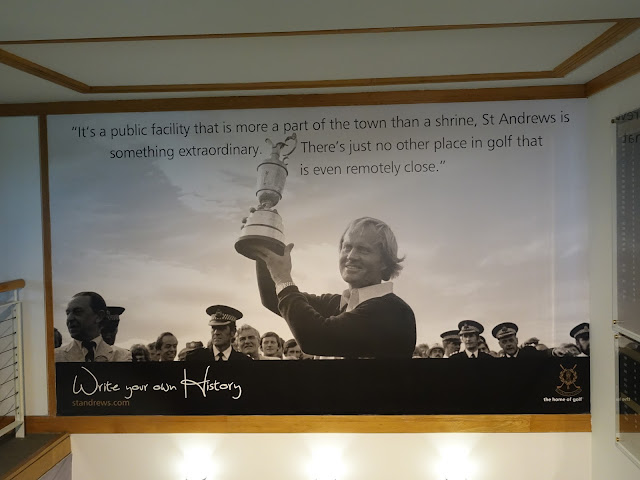 While I'm not a golfer it doesn't mean that I and Linda as well haven't watched the British Open a time or two over the years. 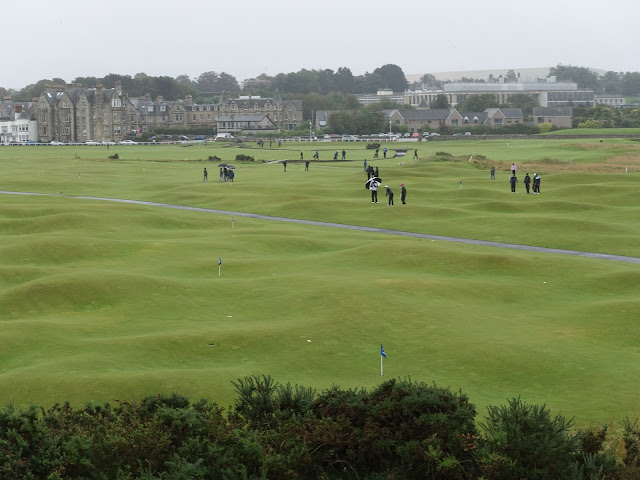 To see parts of the course on TV is one thing, but to see the undulating ground in person is something else. 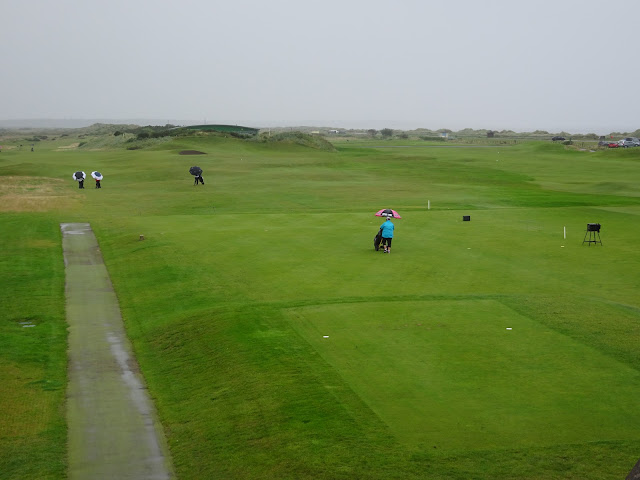 The tee box in front of the clubhouse. 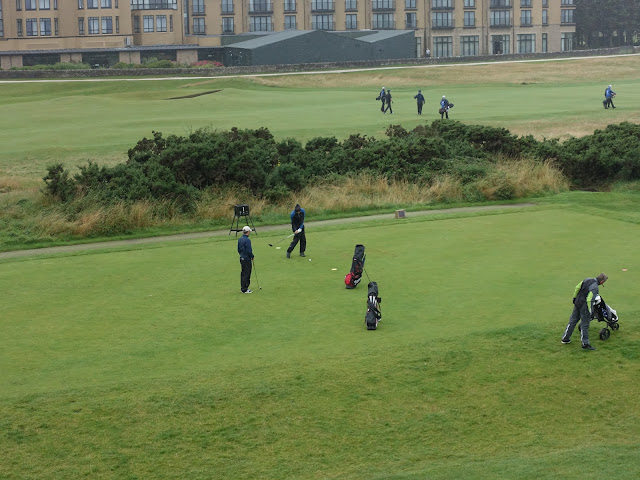 I thought this was a pretty good photo as I can't this golfer in the middle of his downswing as he was teeing off. It's amazing to think of all the players who have stood there and hit this same shot. Golfers such as Bobby Jones, Jack Nicklaus, Tiger Woods and Carl Springer. 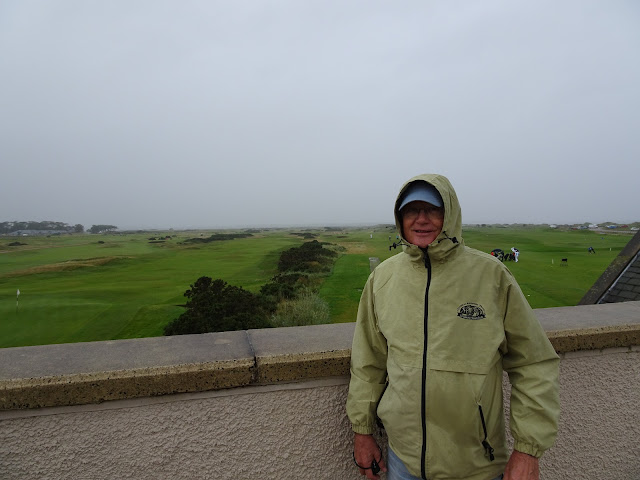 The wind was blowing the rain was falling but if you're life goal is a golfer was to play around on this course, it was a great day. 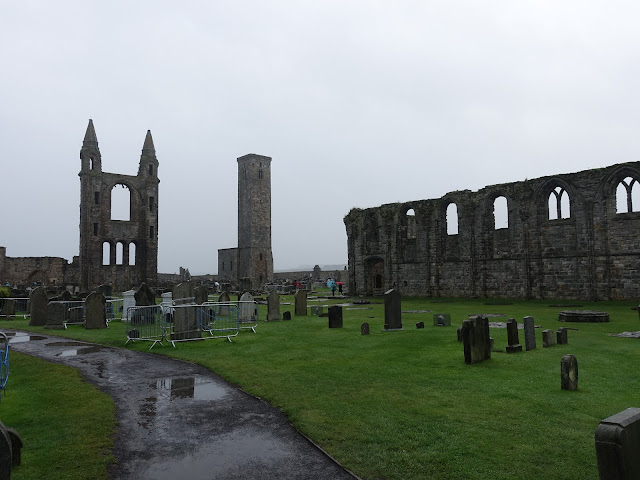 The remains of St. Andrews Cathedral, built in 1158. 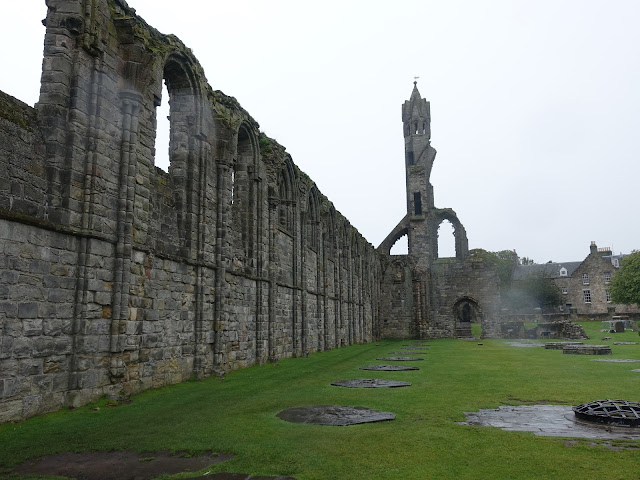 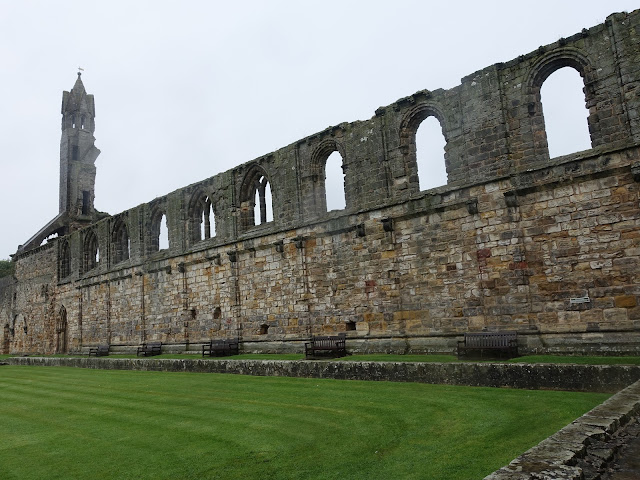 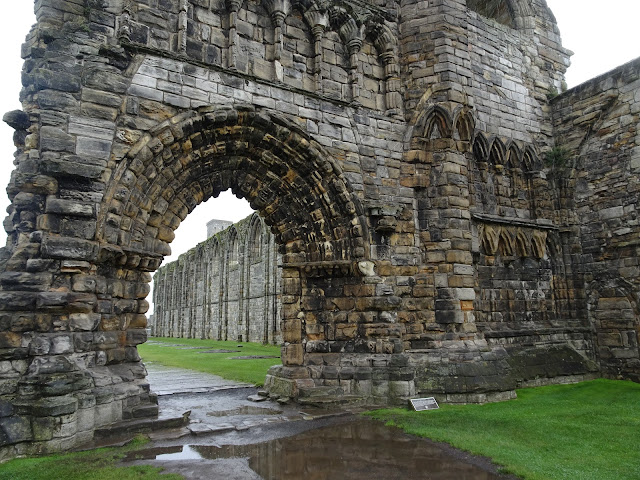 It was the largest cathedral in Scotland, but during the Protestant Reformation in the mid-1500s it fell into disuse and quickly became a ruin. 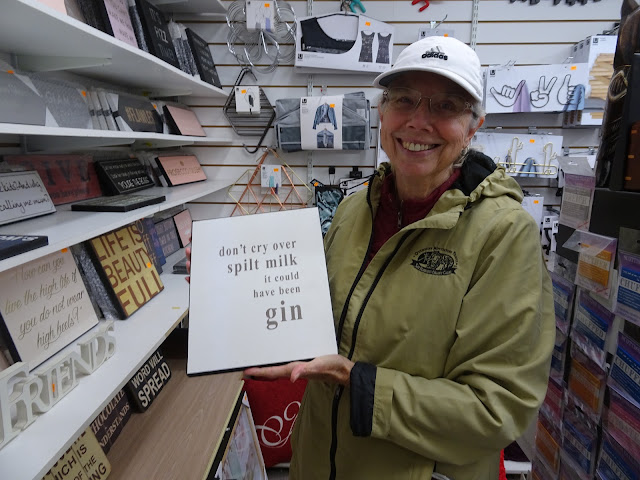 With all the rain Linda decided that some shopping was in order. I need to point out this was not "buying", just shopping. I thought for a minute she was going to buy this placard. 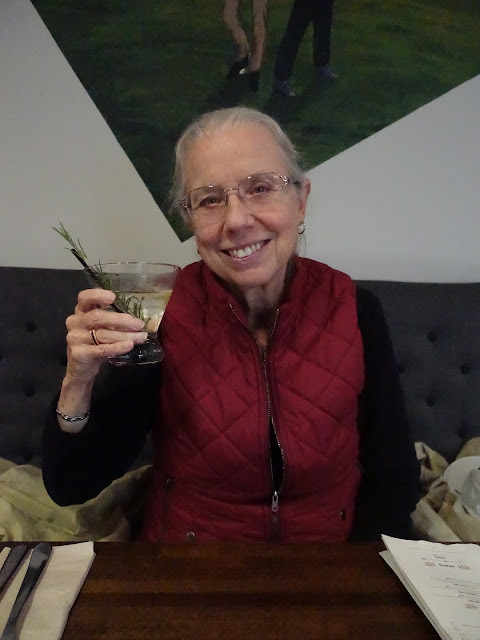 Still on a rainy day there's nothing like a rosemary gin and tonic to perk a girl up. 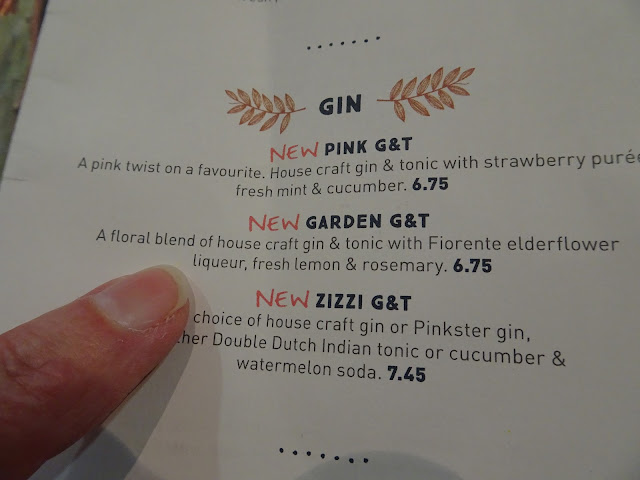 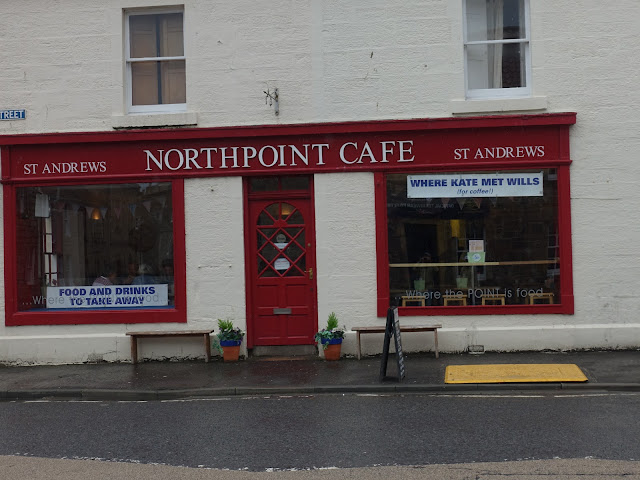 Note to sign in the right-hand window. I wonder if this is the Scottish equivalent to "George Washington slept here." 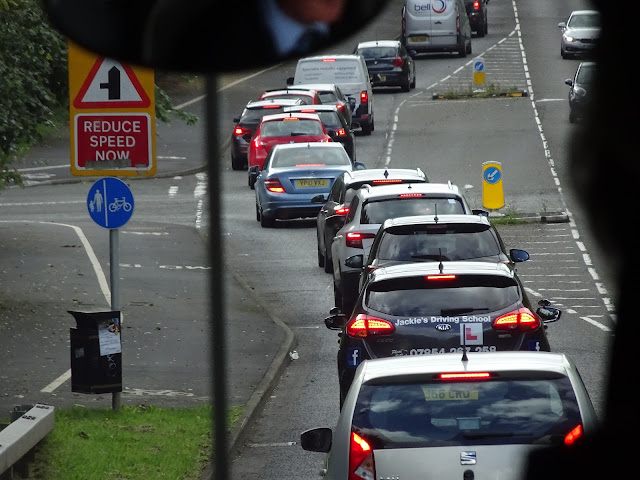 Our trip back turned into a multi-hour stop and go trip as the main motorway (expressway) was closed due to a bad accident. You can see all the brake lights, which made the sign reduce speed now even funnier. It was a good thing we didn't have anything planned for the late afternoon or we wouldn't have made it in time. 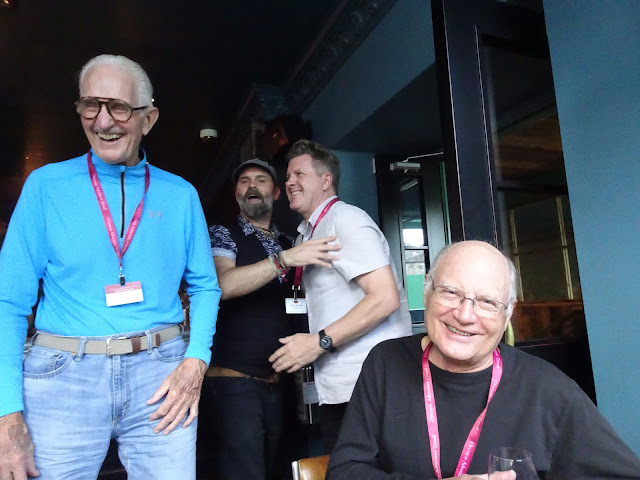 To Bob's in the foreground, and in the background on the right is George, our pre-trip guide, and on the left is Tony, are main trip and post trip guide. Tony is very Irish and his voice is very Irish, while my ability to understand strong accents is very, very limited. I think my interpreter, Linda, is going to be called on quite frequently during this trip.

Below is a video that Linda took as we crossed the cable stayed bridge, I think it's kinda cool. And just a warning, tomorrow is our last day in Edinburgh, on Sunday morning we will be boarding the ship which will be our home for the next 10 days. I'm not sure what the Internet is going to be like, so there may be a lack of posts for some time, though I do plan try and catch up when possible.