Yes, I’m behind in posting, but better to be doing than writing, so hope to catch up in the next 36 hours. 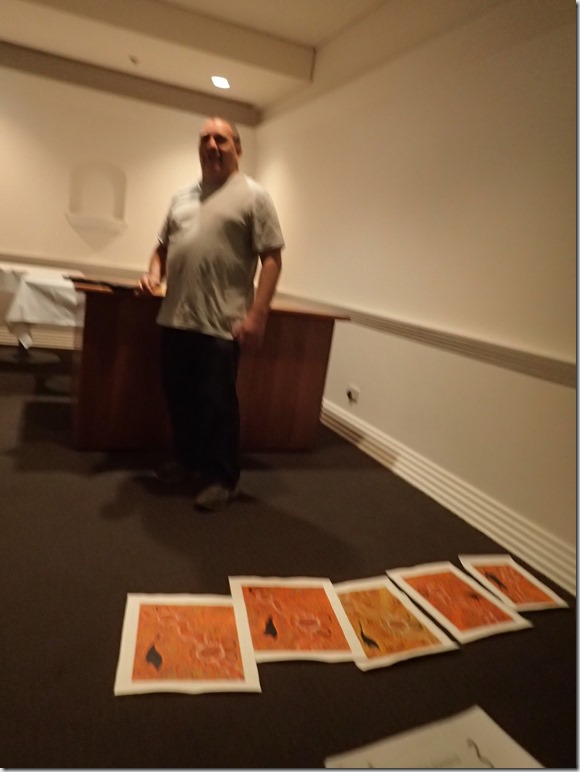 Something different to begin the day, after we had our usual breakfast that is, mine once again being baked beans and mushrooms. Lindsay who is an aboriginal, spoke about the past and present treatment of his people by the white Australia government and people. To say it wasn’t and isn’t nice doesn’t begin to convey what his people have and are enduring. Suffice it to say that aboriginal people are not included or recognized as people in the Australian constitution. 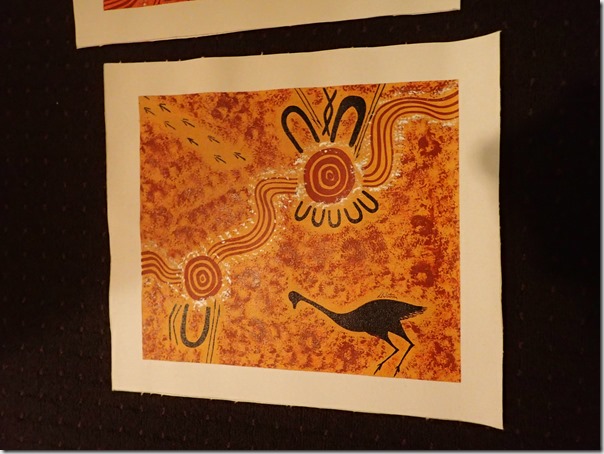 Lindsay had some story pictures. This one shows a hunter with boomerangs and spears. He  hunts and kills an emu. He journeys to another place. There he teaches the young how to prepare the emu, using every part of the emu, not only for food but for other things pertaining to their existence. The aboriginal people had no written language and the early English government considered them to be simply another of the animal species. Their life after 1788 is not a pleasant story. It is a story not taught in Australian schools, and over 80% of Australians know nothing about it, though in reality our treatment of the native Americans in our country was and is little better. We want other people to be just like us even if their centuries of culture say they aren’t and don’t want to be. 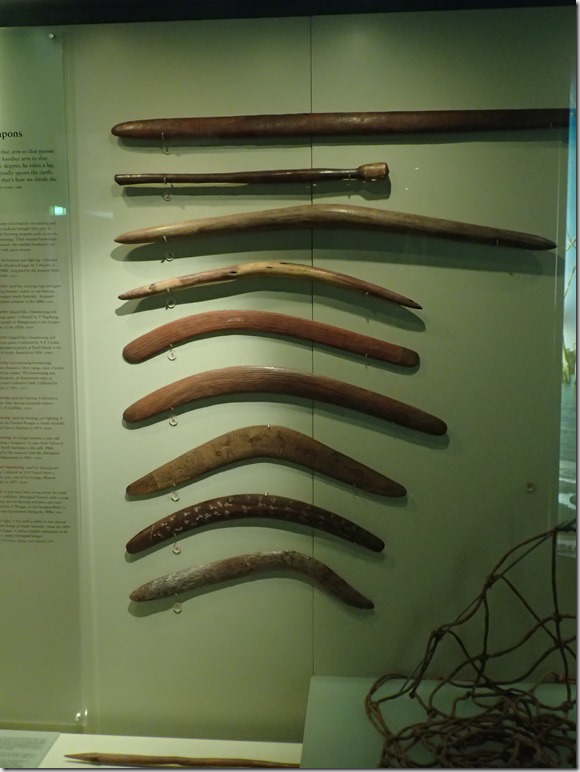 A display at the South Australian Museum. 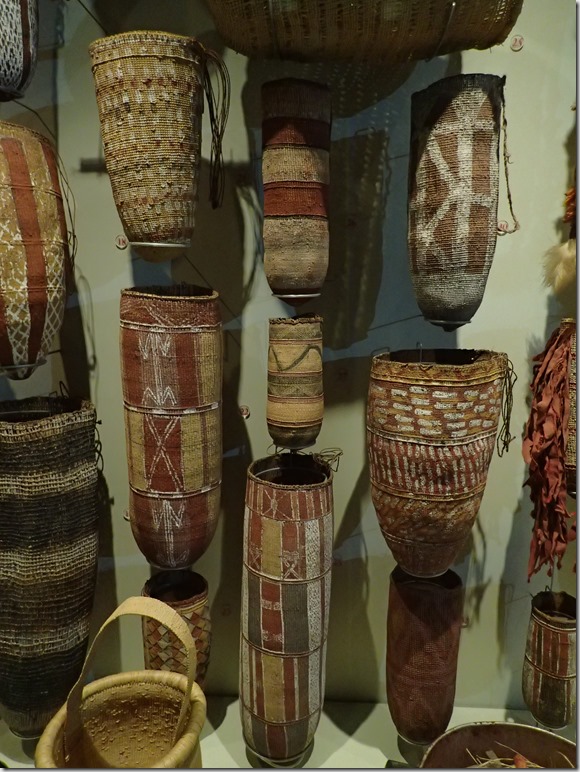 Somehow or other a people that can make such beautiful baskets don’t seem like animals to me. But then again, what do I know. 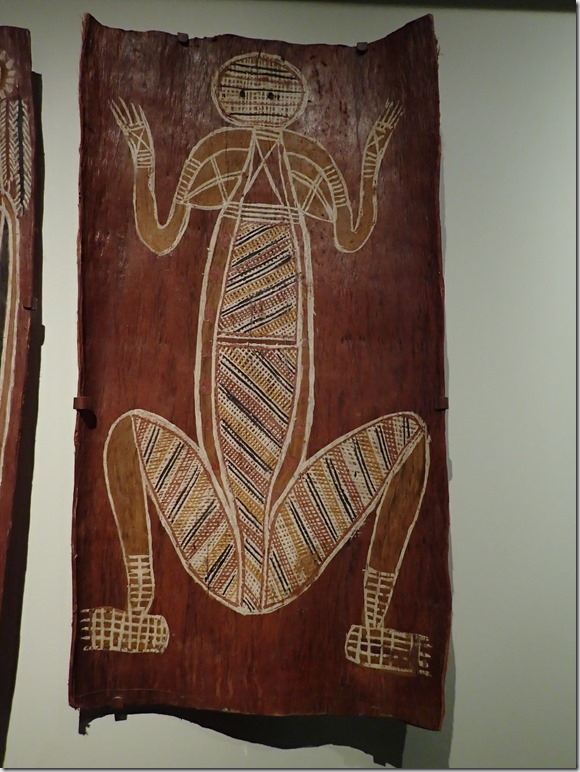 This is a more recent aboriginal bark painting. It depicts the water spirit daughter of Yingarna, the Rainbow Serpent of the Liverpool River region. Our beliefs are just as foreign to them as theirs are to us. May we be granted the ability to accept people for who they are, not as we wish them to be. 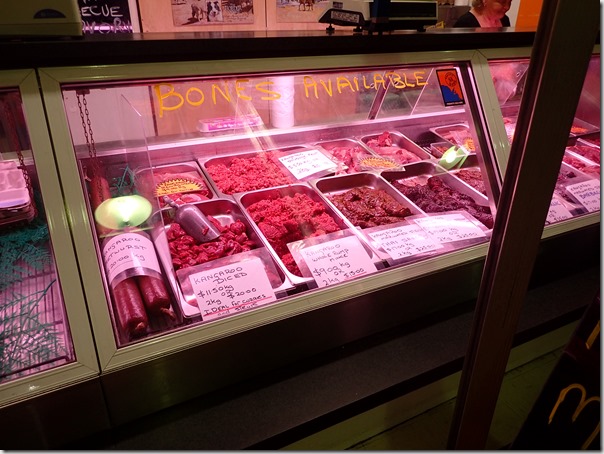 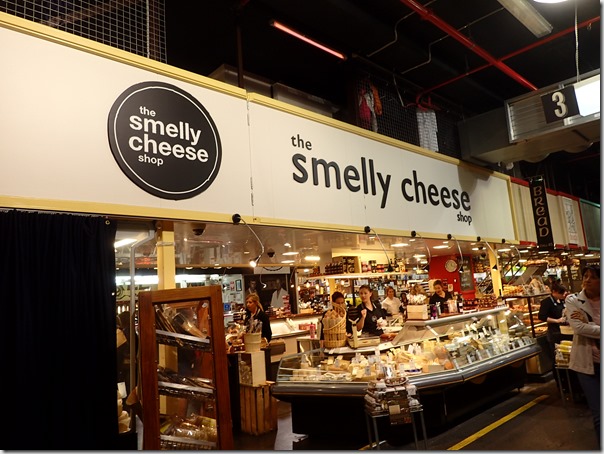 A few tastes proved it. The worse it smells the better it tastes. Those that get turned off by the smell simply leave more for those od us that know the difference. I really felt bad for Linda because while I was wandering around this large indoor market, Linda was back at the hotel suffering from a headache. It was tough sampling her share as well as mine but I was up to it. 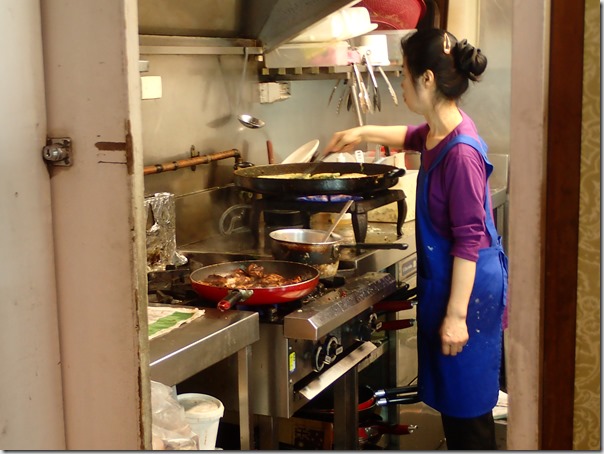 Lets just say that I didn’t starve to death during my time there waiting for the start of the wine tour. 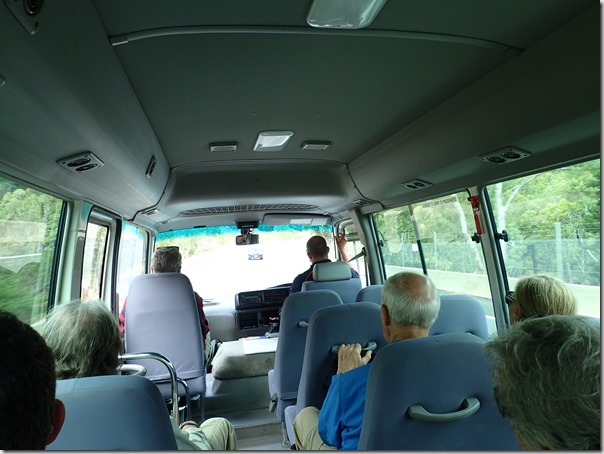 Our group of wine tasters was small, but we knew we could handle the big task ahead of us. 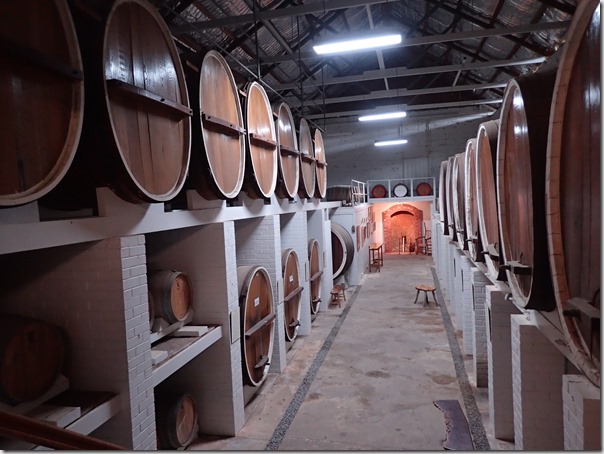 While we tried, no barrels were emptied during the afternoon. 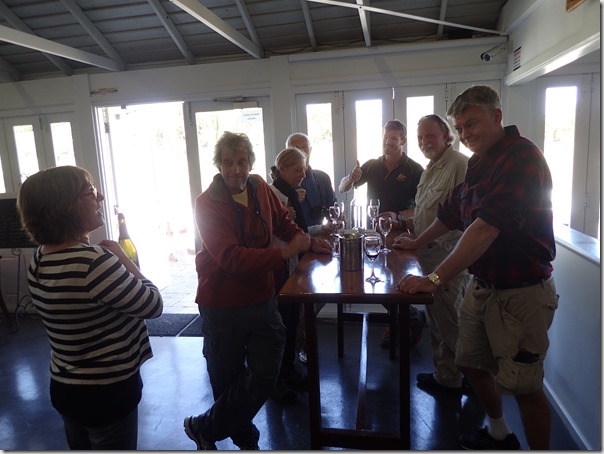 It was surprising how many of the wines we tasted got a thumbs up from the group. And I even did something I virtually never do, I bought a bottle of one the many wines I really liked. Ant think, most of the Australian wine in stores in the States is the Universally derided yellow Tail. As was pointed out more than once, the Aussies don’t drink Yellow Tail, but the Americans don’t know any better. 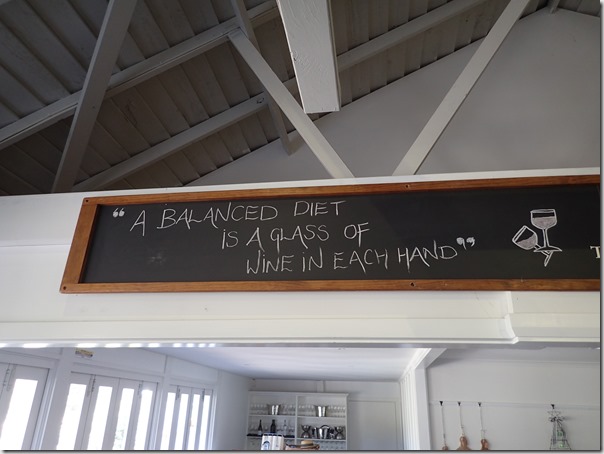 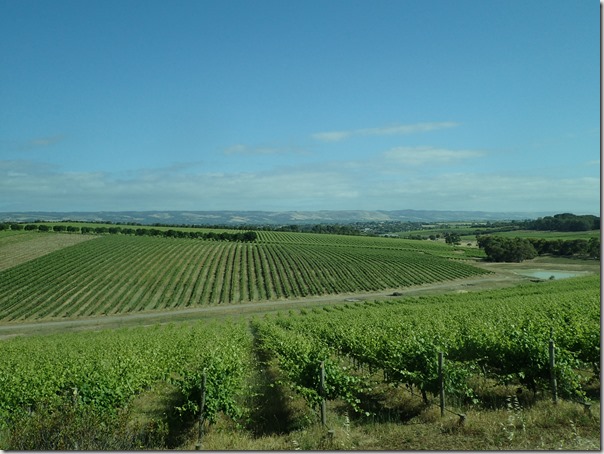 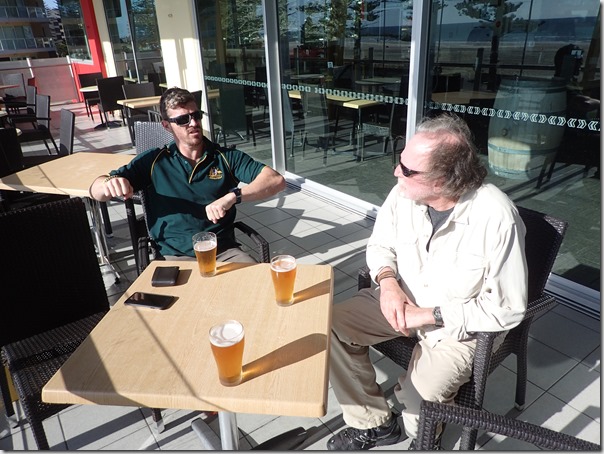 As Troy said, after tasting all that wine there’s nothing better than cleaning the wine taste out of your mouth with a good cold beer. After returning to Adelaide I took a bit of a stroll around the CBD taking in all the sights. 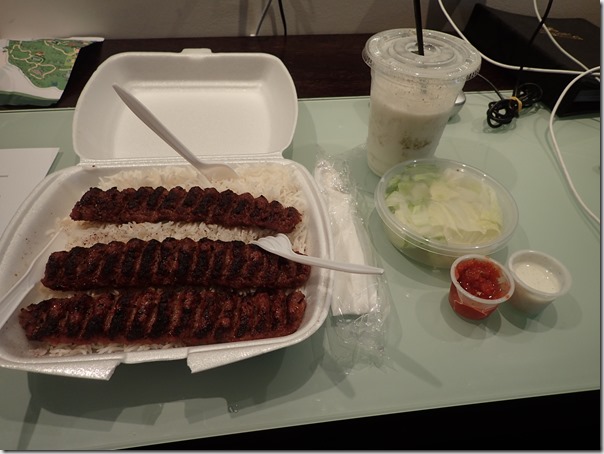 With Linda feeling better, but deciding that missing dinner would do her svelte figure more good than not, I got myself some take away food at a little Afghan café. Lamb kebabs on a bed of rice and dogh, a spiced yogurt drink. And so ended another awesome day in the largest nation in the southern hemisphere.

Email ThisBlogThis!Share to TwitterShare to FacebookShare to Pinterest
Labels: Adelaide