Walking to the resort restaurant for breakfast we became so fascinated with all the wonderful plants that we walked right past this sign and ended up who knows where. After walking around for some time we ended up on the far side of the resort and found another sign like this. Salving our wounded pride, we agreed the walk did us a lot of good. The Wandering Twosome or Two Rubes in a Resort. 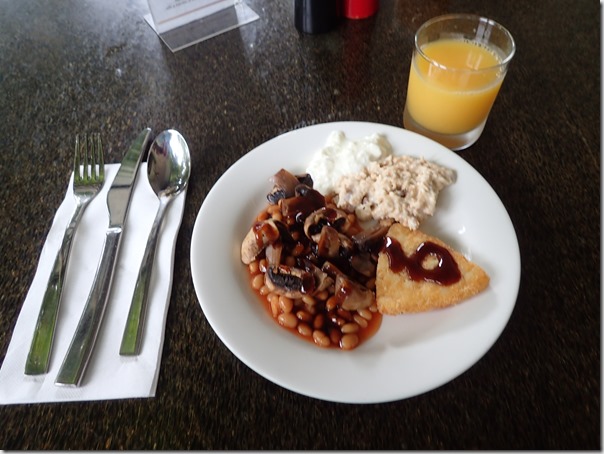 All that walking had caused my appetite to increase a moderate amount, so I had the best of everything. Baked beans, sautéed mushrooms, a potato cake, Bircher muesli and local crafted plain yogurt, all washed down with orange juice. Looking around I can assure you no one else in our tour group had anywhere near as good a breakfast as I did. 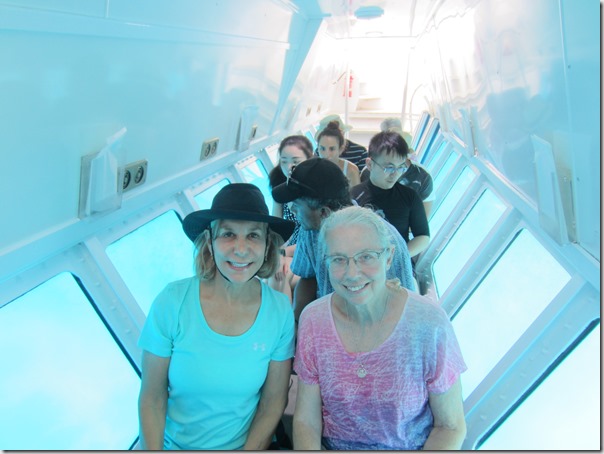 Our destination for the day was the outer reef, and upon arrival, Linda made a beeline for the boat with the underwater viewing windows. It was fun, but the colors of the coral and the resulting photos she took were, to put it nicely, blaa. Meanwhile back on the raft her other half was preparing to do some snorkeling. 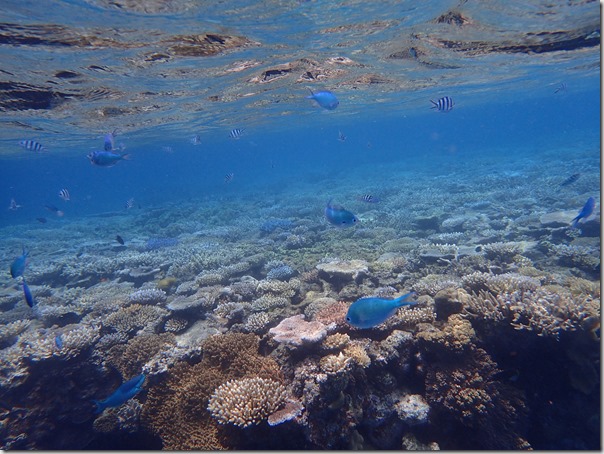 I have to say the underwater camera we bought takes rather decent photos. 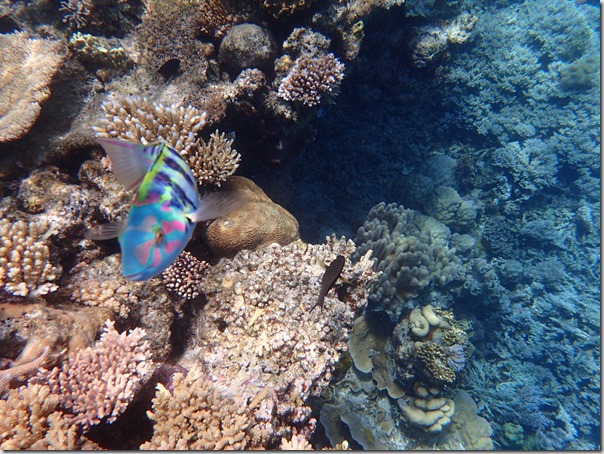 While the coral in this area can be rather mundane, there were certainly some colorful fish. 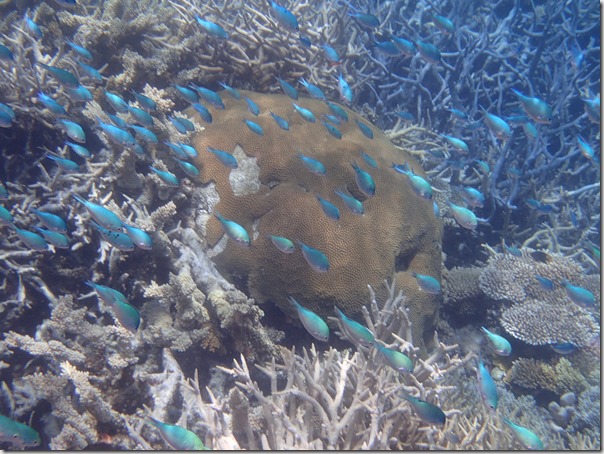 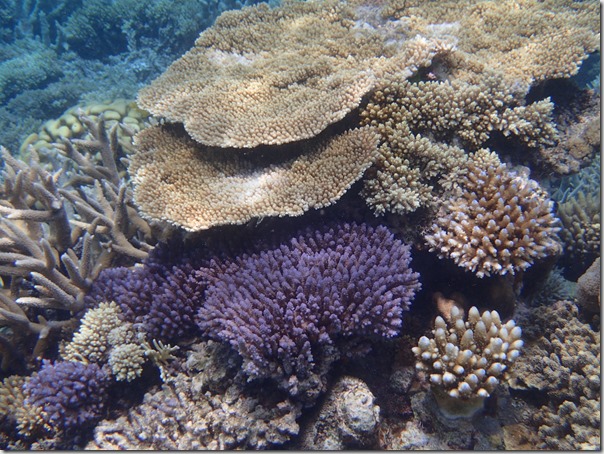 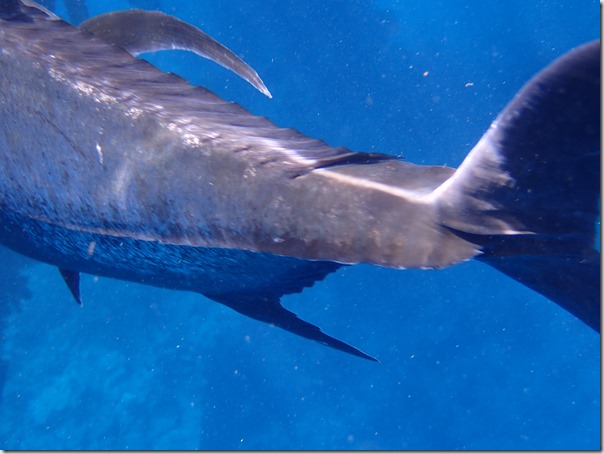 It was big and it swam right in front of me, I was just slow taking a photo. 
I was having just too much fun. 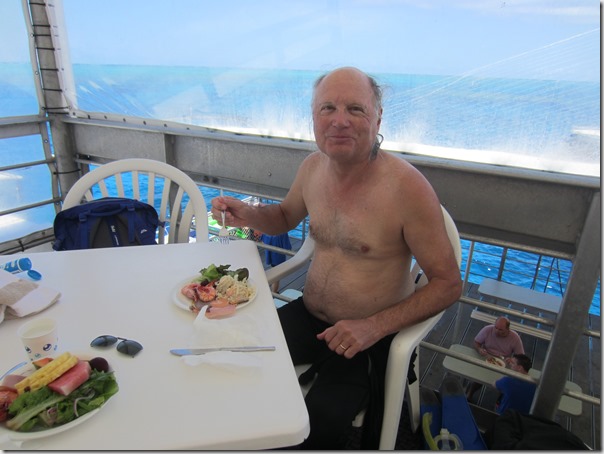 I did take a break for lunch, but then it was right back in the water. 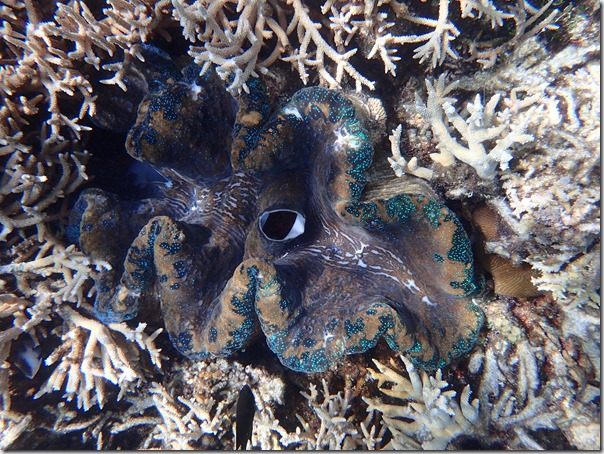 What ever it was, it was big and colorful. 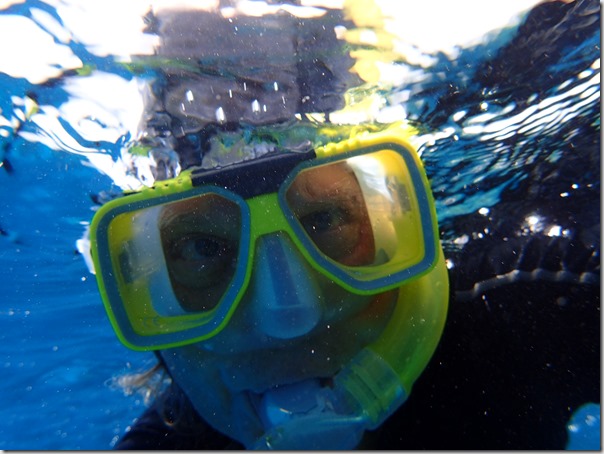 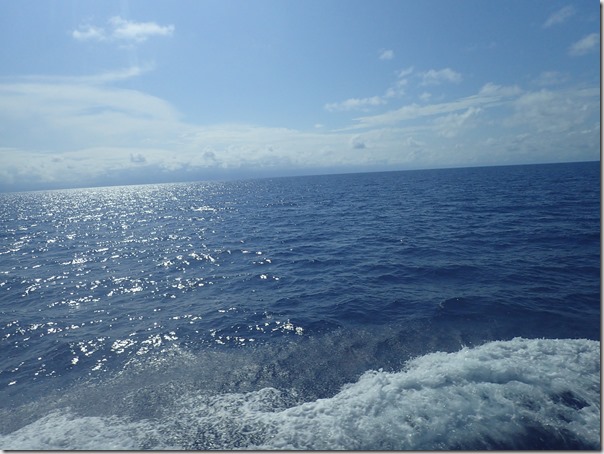 We were sad to leave the reef behind. 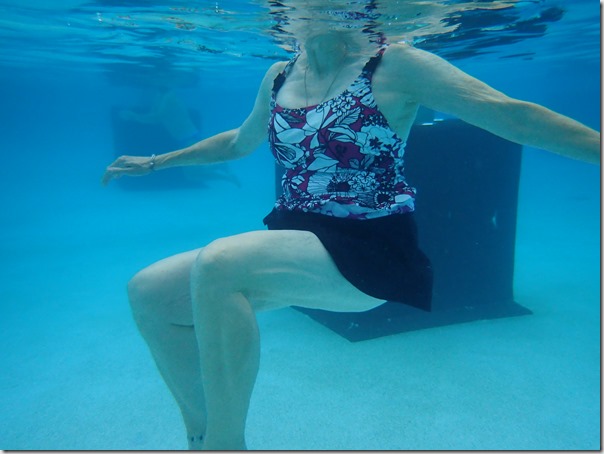 Back in the pool at resort I took this photo of a mermaid. 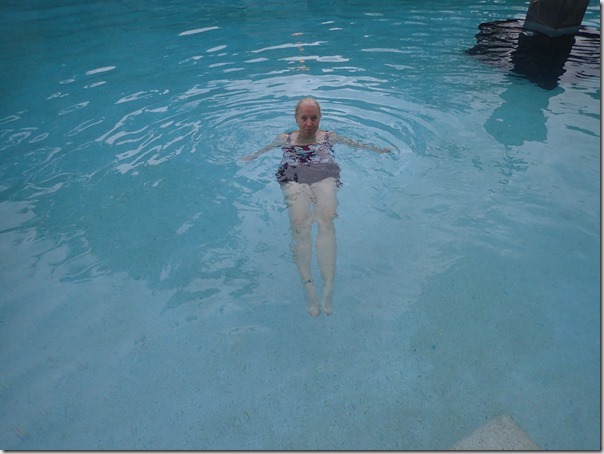 My own personal mermaid. Lucky Bob. 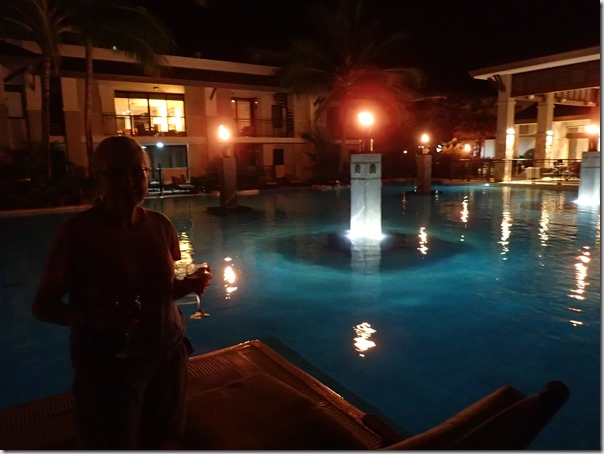 After dinner, a little time out on our own personal patio at the edge of the pool. To say it was an awesome day doesn’t begin to describe it. And I treated you readers nicely, not posting all the 200 or so underwater photos I took. Nice Bob.
Posted by Bob and Linda at 11:33 PM