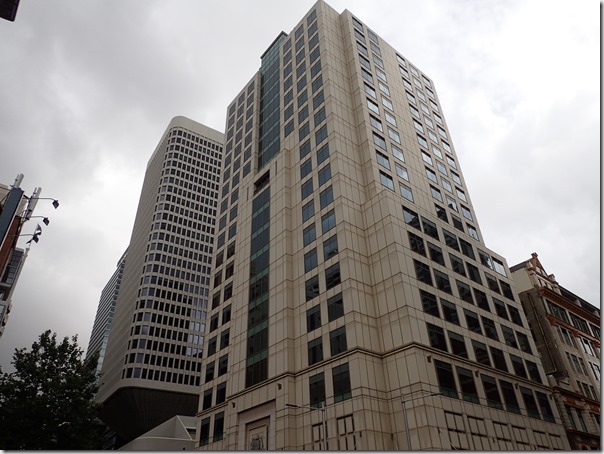 Sydney may be some people’s idea a great place to visit, but it sure isn’t for us. Still, having a free day to do whatever we wanted, we set out this morning to visit a few things. Of course with a horrible public transportation system that meant walking, but then a little exercise would do us some good. 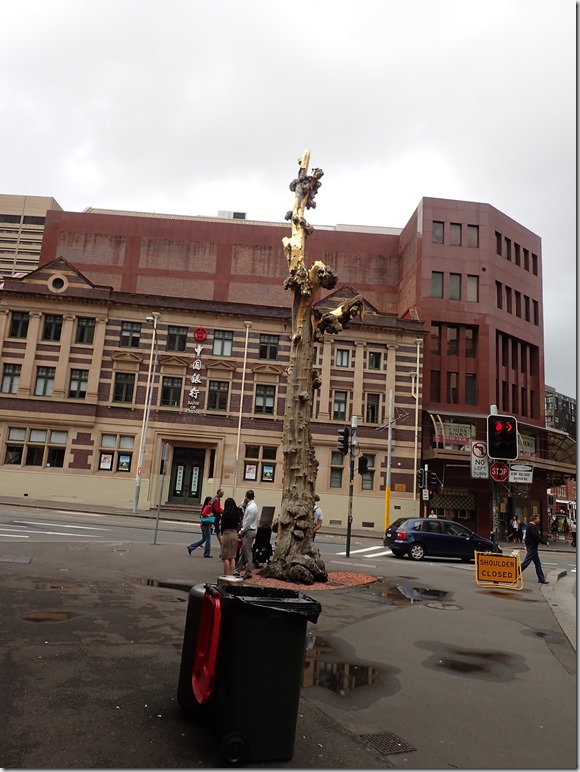 During our walk we passed what is called the golden tree. It is a sculpture that is said to encourage harmony and serenity. Unfortunately, like most of what we experienced in Sydney, especially given the trash cans in the foreground, in practice it was more words than reality. 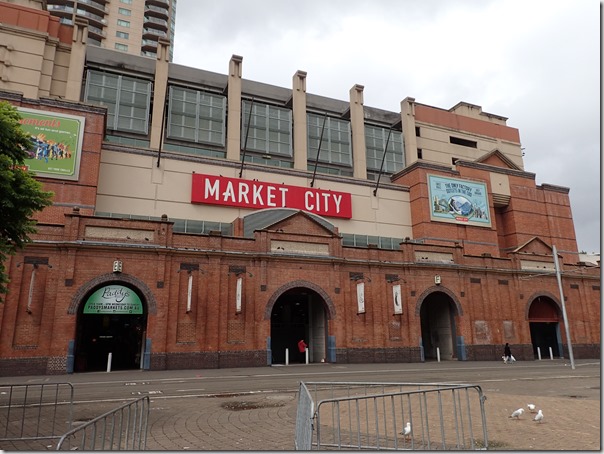 Our first stop was Paddy’s market, the place full of vendor stalls with bargains galore. While in there I was so busy pulling out my wallet to pay for all the things Linda was buying that I forgot to take a photo. Things Linda had bought a few days ago for $2 a piece were 5 for $2 here and $22 tee shirts were 3 for $18. Linda had the right attitude about it. Rather than being disturbed at paying too much the other day she simply bought more at this price remarking what a bargain they were. The shopping mind of a woman is something man will never comprehend. 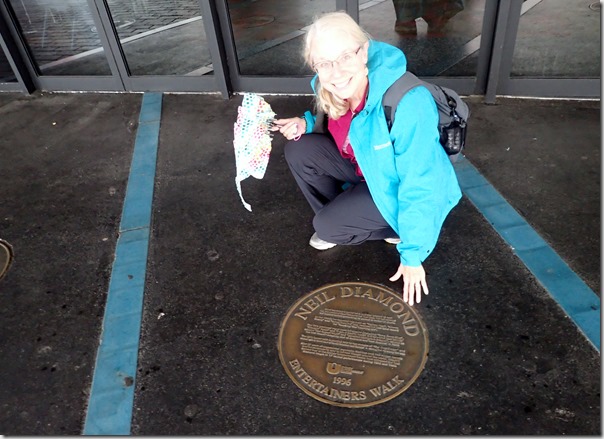 Linda positively glows whenever it comes to Neil Diamond, and her seeing this marker on the sidewalk was no exception. 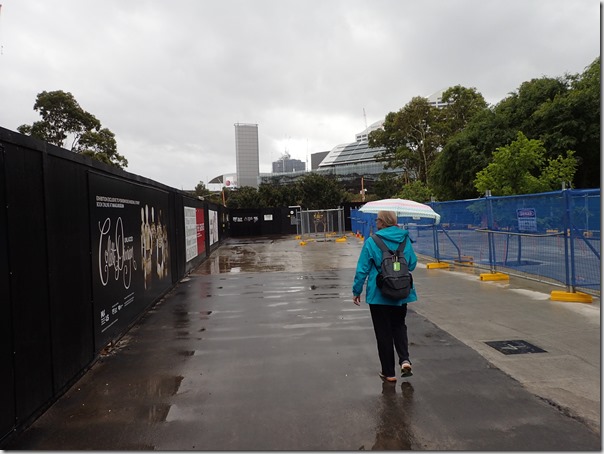 Walking around the harbor area in the rain and lost. It figures. 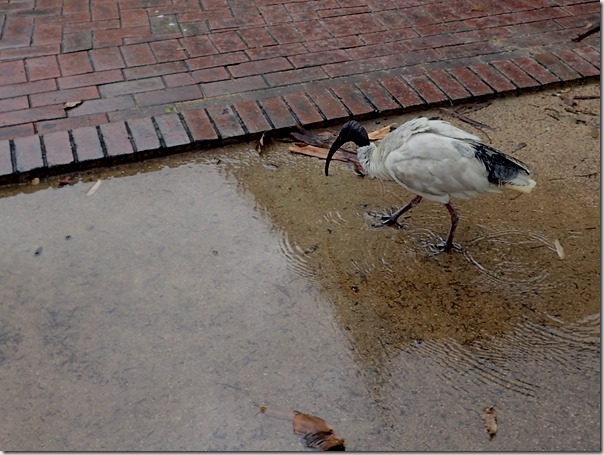 As you can see, not everything is adverse to the rain. 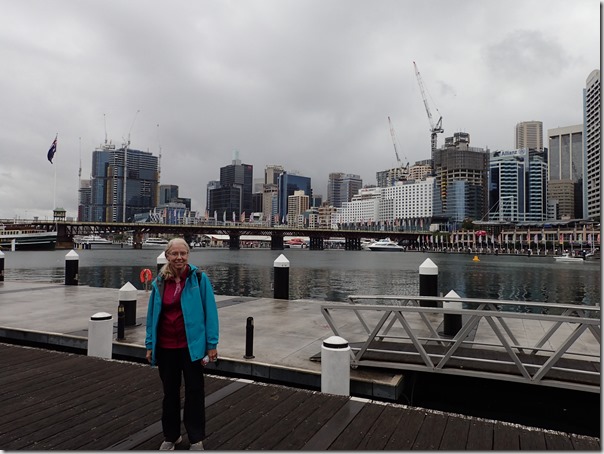 I do have to say that I did find at least one spectacular view in the harbor area. And the Sydney skyline wasn’t bad either. 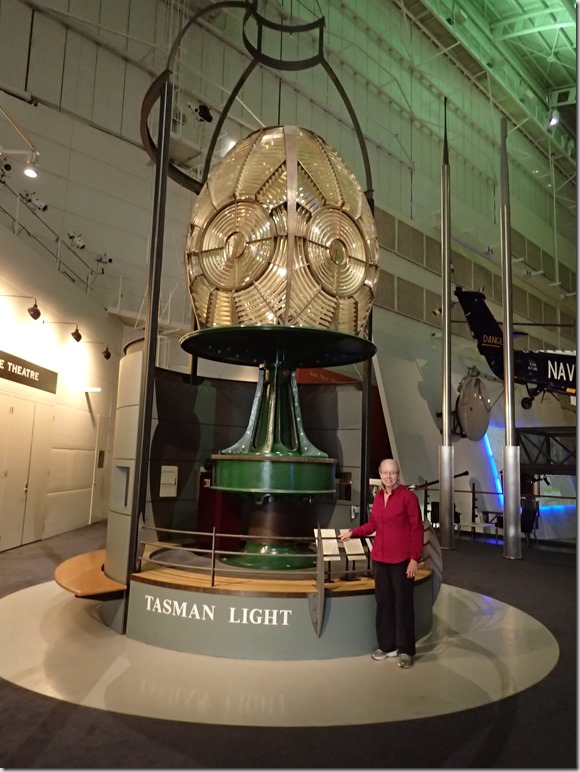 The first order Tasman Lighthouse light. It brought back memories of our volunteer times at the Umpqua River Lighthouse. 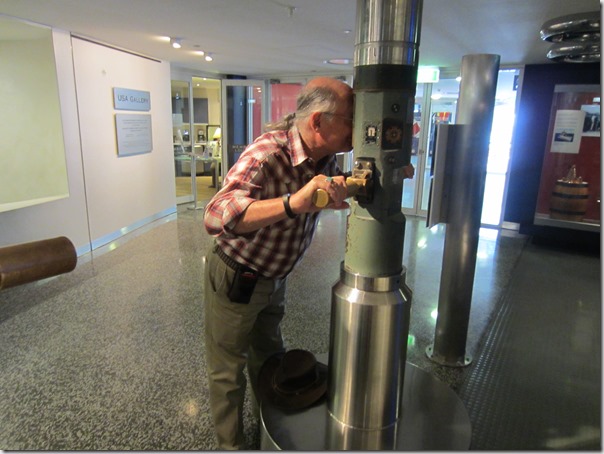 Linda’s husband looked through every periscope they had on display. I grew up playing war with the neighbor kids. We had wooden M1 rifles and grenades with the innards removed, packs and belts. It was our time of innocence. I’m glad there is still some of that kid left in me even after all those years. 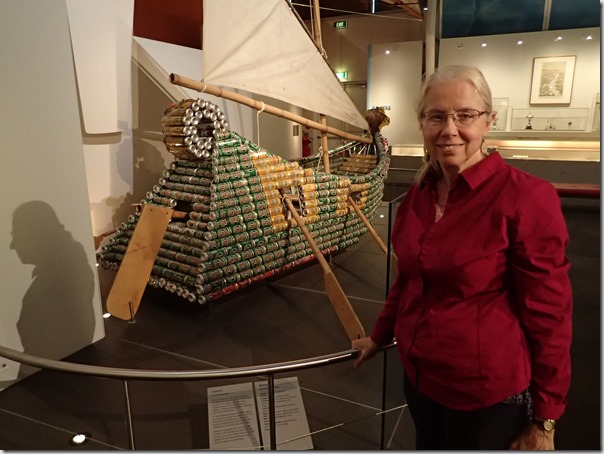 Exactly why Linda's favorite thing in the Maritime Museum was this beer can boat I really can’t say. Actually anything I might speculate as to the reason would be likely to get me in a whole lot of hot water. Silent Bob. 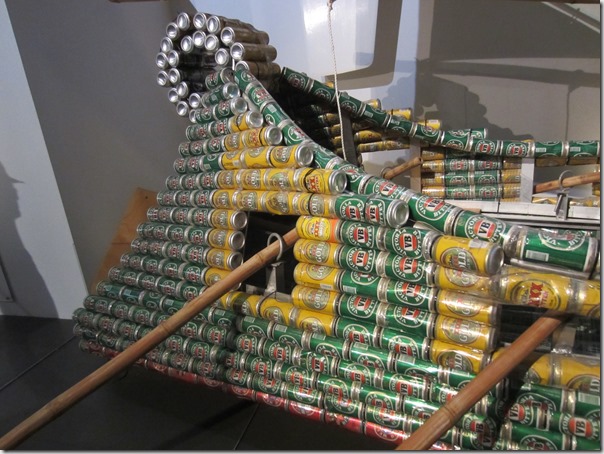 Two thousand beer cans, and not only do these things actually float, they have an annual race in Darwin. The Victoria Bitter and XXXX Gold beer cans were specifically selected for this boat because yellow and green are the Aussie colors. 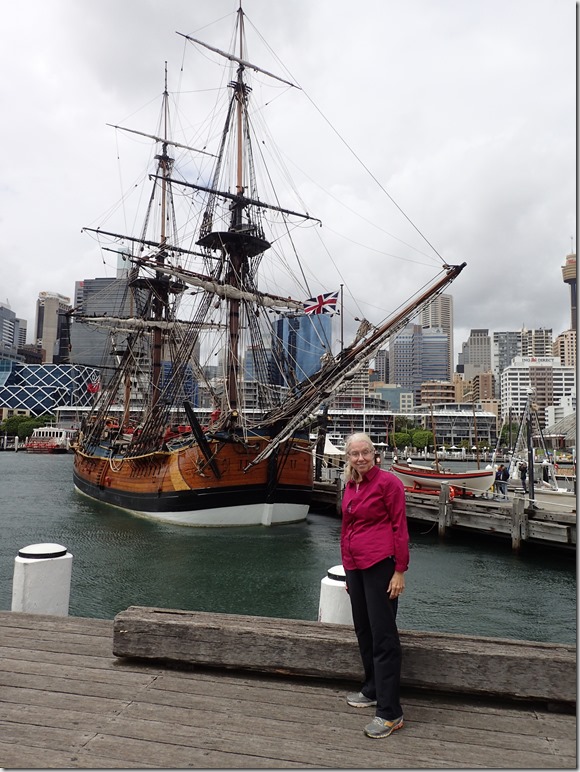 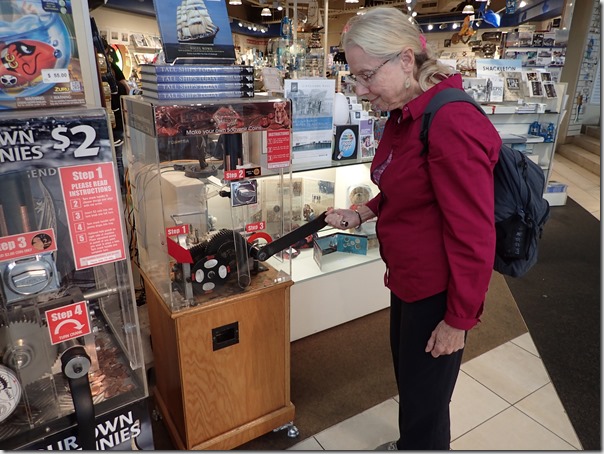 Another smashed penny for our grandson, Zachary. 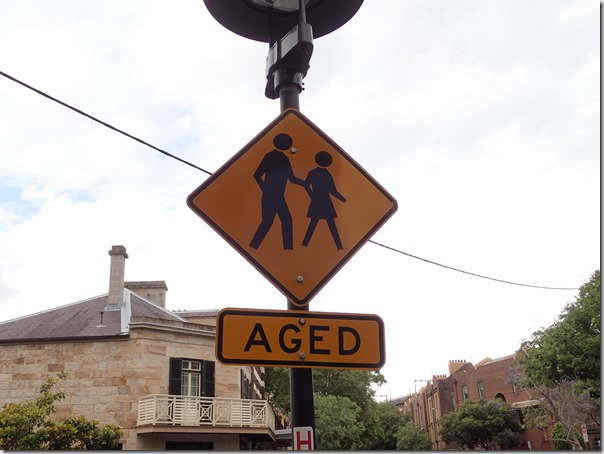 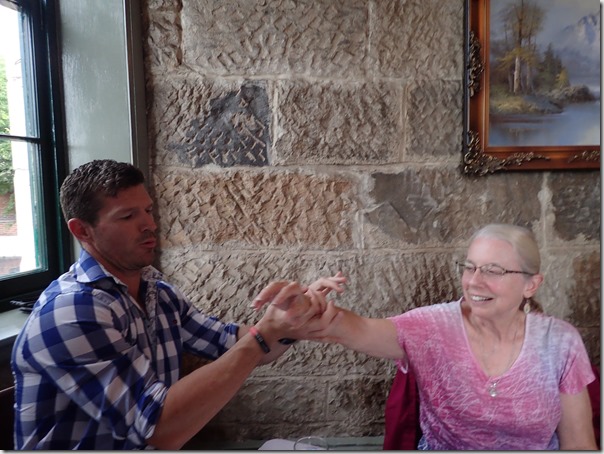 The second time in the last six months Linda has been proposed to. The first time was by one of the entertainers in Miss kitty’s Saloon in Dodge City. Tonight it was our guide Troy's turn as he demonstrated how proposals are made atop the Sydney Harbor Bridge. I thought for a second she was really going to say I do. On My Best Behavior Bob.