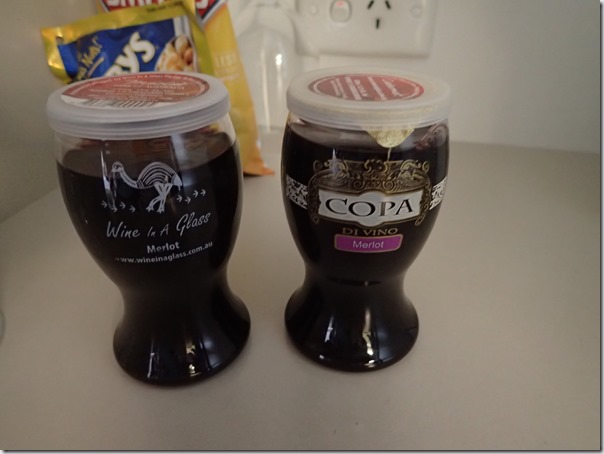 No, we didn’t start the day with a glass of wine. These two containers of wine which were in our room remained unopened, mostly because they charge you about half the cost of the room if you drink them. Okay, maybe that was a slight exaggeration, but the real reason for the photo was Ms. Gin & Tonic got all excited when she saw the Copa, saying several times, “That’s the one we saw on Shark Tank, that’s the one we saw on Shark Tank.” The heck with platypuses and kangaroos, Linda knows what is exciting in Australia. 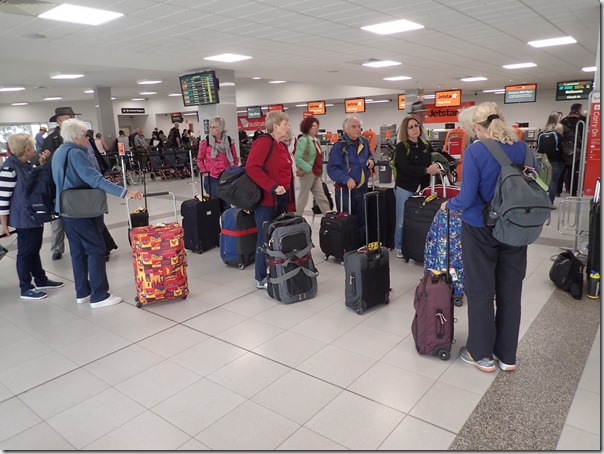 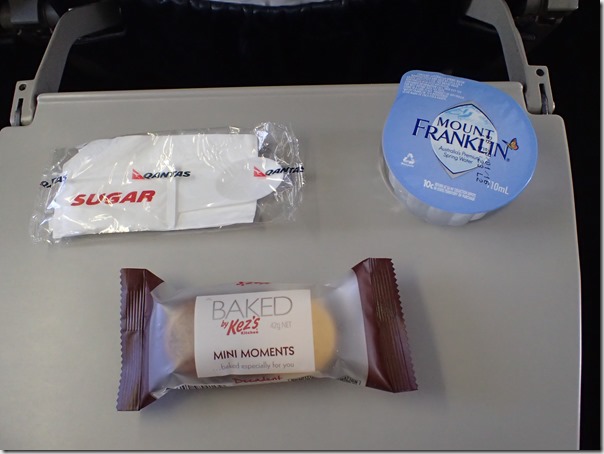 What a snack on a Quantas Link flight looks like. The Mini Moments were not like anything we get on short flights in the US, peanuts anyone, and were awesome. 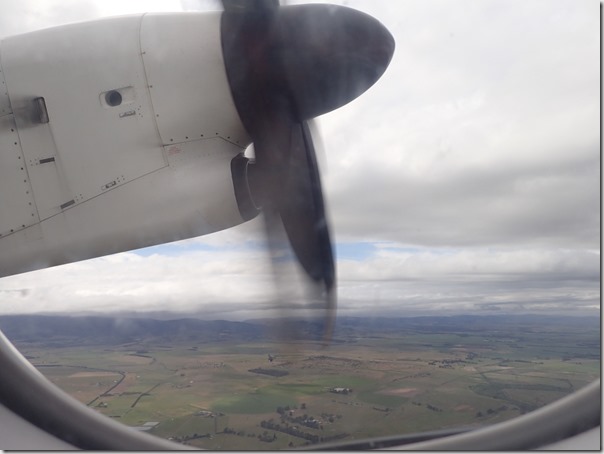 I spent the flight hoping the propeller didn’t fly off. If it did I’d instantly become half the man I used to be. 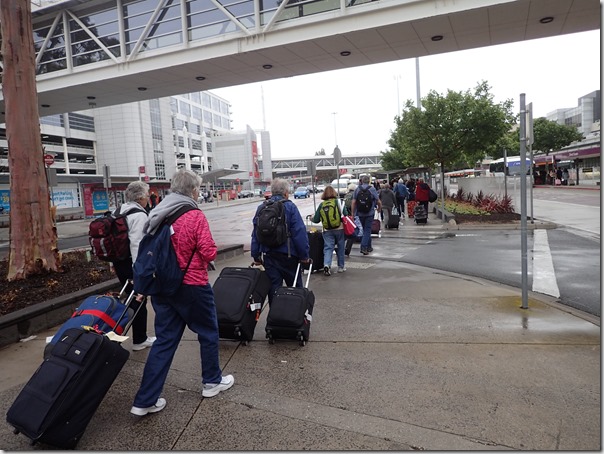 Arriving in Melbourne. Dare I say it, some people don’t travel, they move. But then again, they don’t have to wash clothes in the sink like we, like Linda does. What can I say, it is hard enough writing a post everyday that I don’t have time to do the things the little people do. Leona Helmsley Bob. 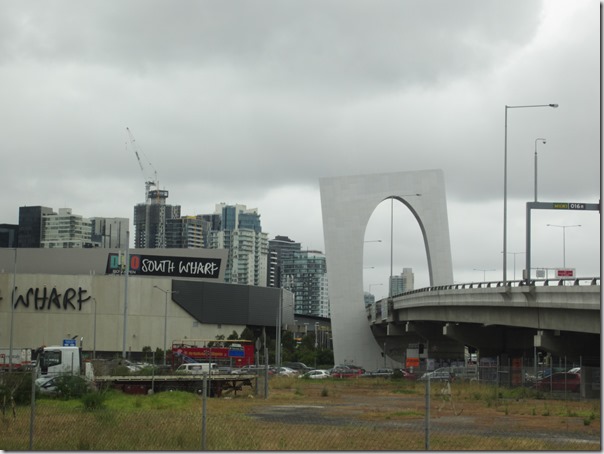 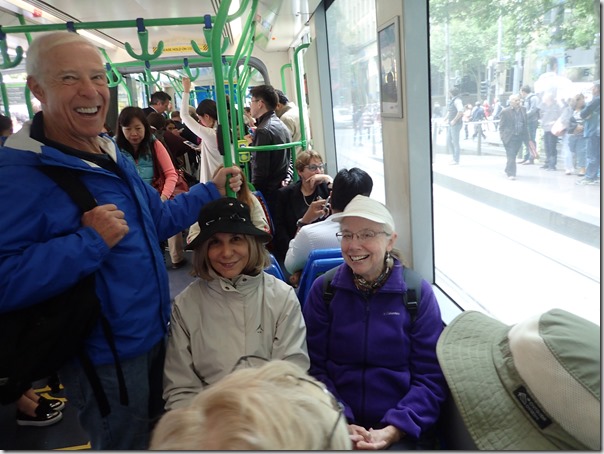 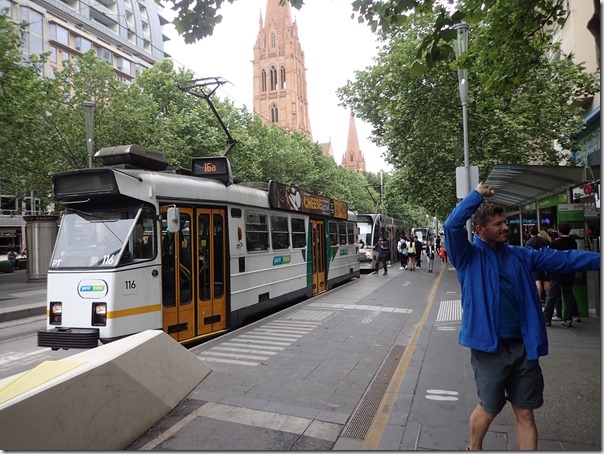 In our travels we often see tour leaders holding a flag on a long stick out in front of their tour group so the group can follow them. As you can see, Troy has his own style when herding the bunch of cats that masquerade as his OAT tour group. 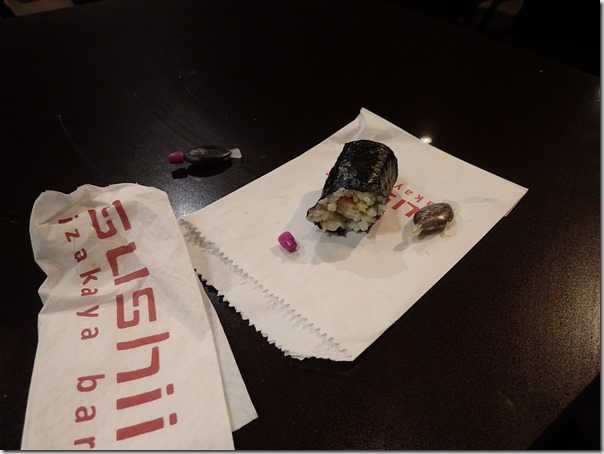 It was another on your own day for lunch, so we found a neat little take away sushi bar. Sorry for the photo of the mostly eaten roll, but they were so good we had eaten all but the last bite before Linda remembered we hadn’t taken a photo. I really think the reason she asked me to take a photo was so I didn’t eat the last of roll as she was taking a photo of it. Smart Linda. 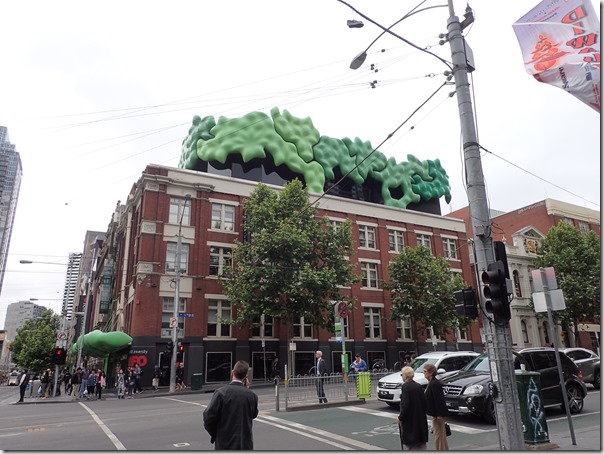 Even if you don’t like sushi you should still come to Melbourne simply because they have some the best architecture you will ever see. 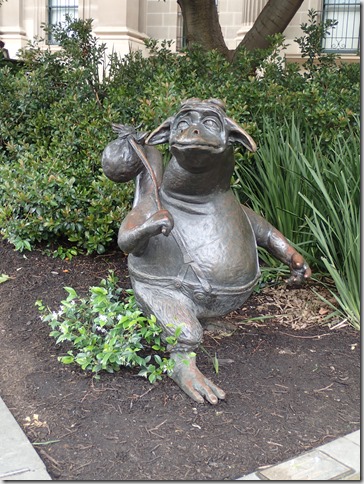 Not only is the architecture of the buildings outstanding, so are the exquisite and thought proving sculptures found around the city. 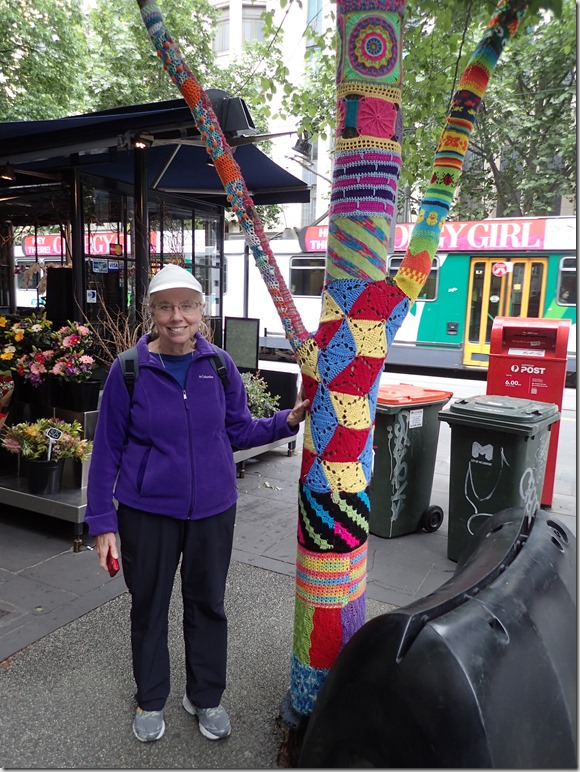 One of the World’s Top Model’s posing beside a knitted tree. 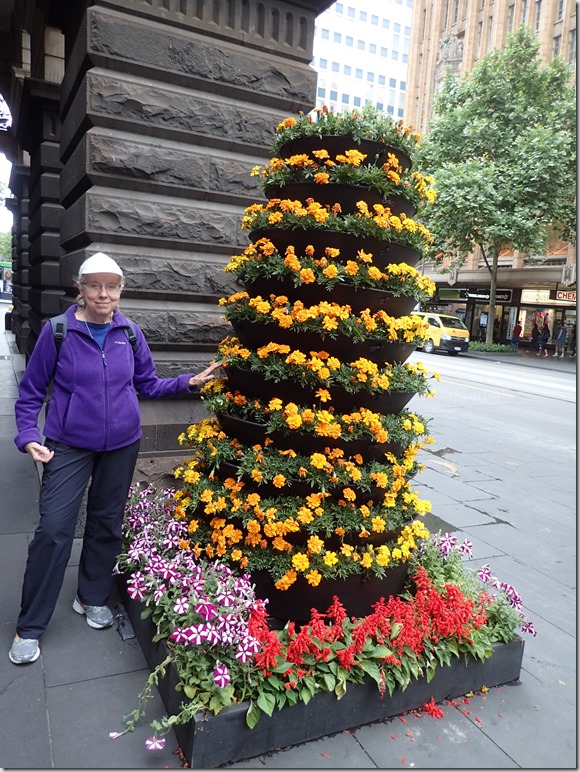 Linda beside The Leaning Tower of Marigold’s. I’ll tell you, Italy has nothing on Australia, and we are on the bottom the world so it leans in the opposite direction its Italian counterpart does. We also have it from a fairly reliable source that this may well be the tallest leaning marigold tower in the southern hemisphere. 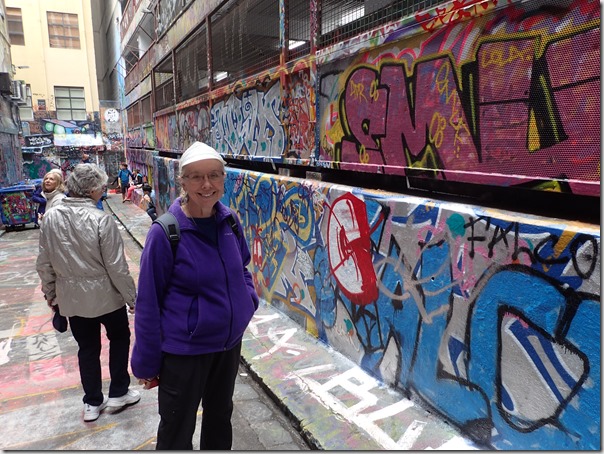 A street of street art. 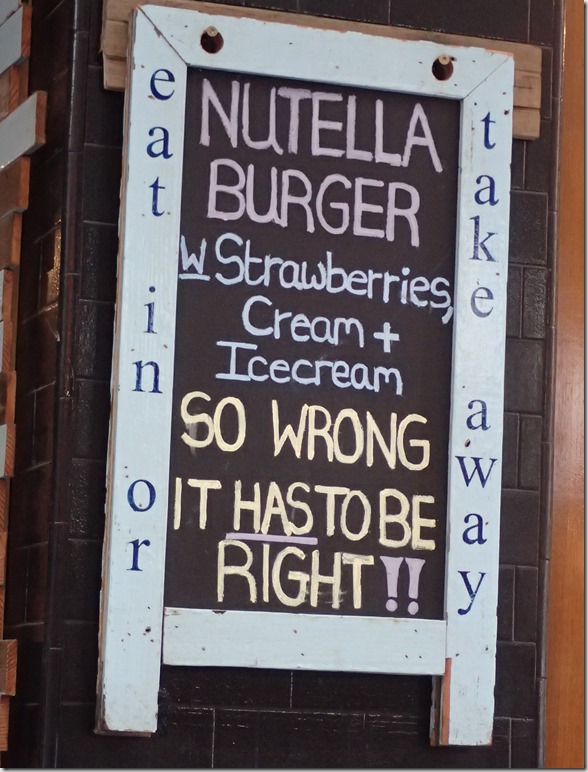 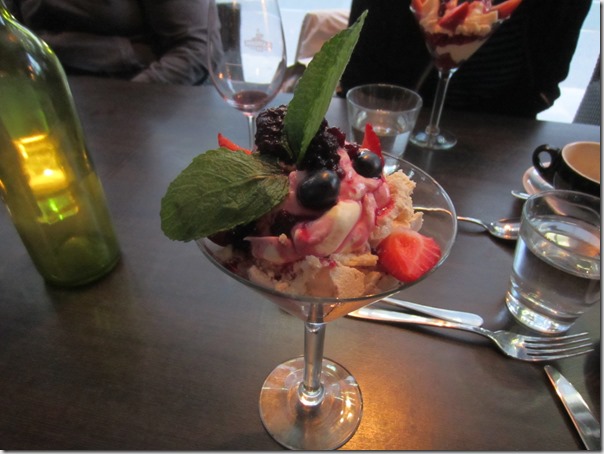 Speaking of food, how’s this for a dessert. And thus ends another fabulous day in the world down under.
Posted by Bob and Linda at 3:13 PM

Email ThisBlogThis!Share to TwitterShare to FacebookShare to Pinterest
Labels: Melbourne