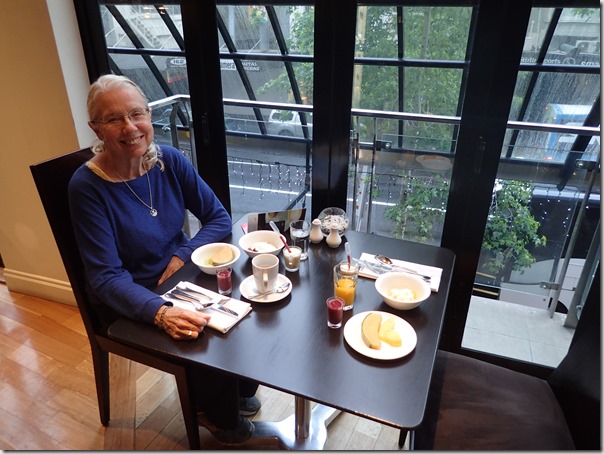 Nice view out the window this morning of the rain. New Zealand is so green, and when one tour member asked why the reply was, rain, plenty of rain. It looks like it it is getting greener by the minute. 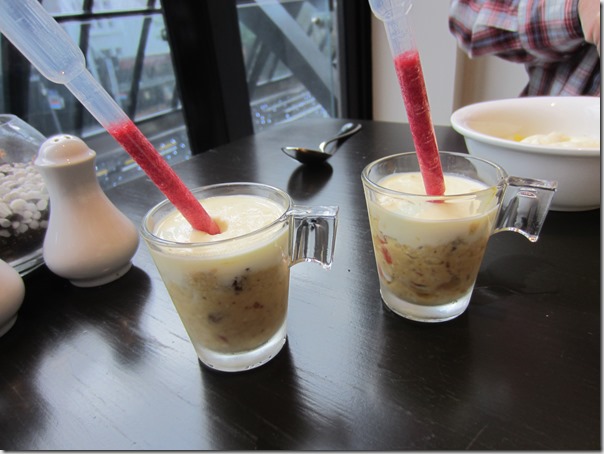 They’re called Bircher shots, and are they ever good. We have a number of things to try and duplicate when we return to the States. 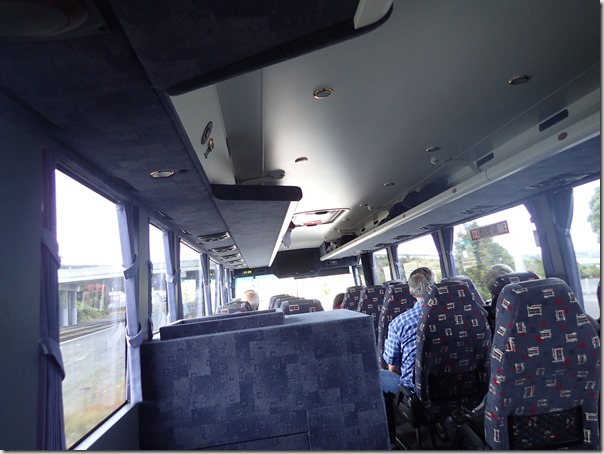 Another thing to like about New Zealand, a forty-five passenger bus for the fourteen on us. 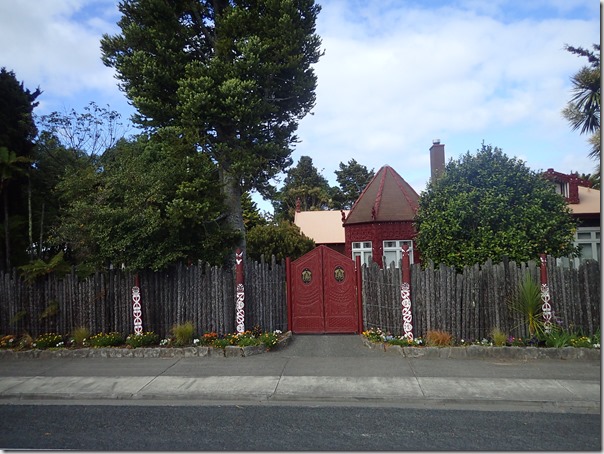 The current Maori monarch is Te Arikinui Tūheitia Paki. This is his official residence, Tūrongo House at Tūrangawaewae marae in the town of Ngaruawahia. And if that is all Maori to you, you’re in good company because it also is to both of us. 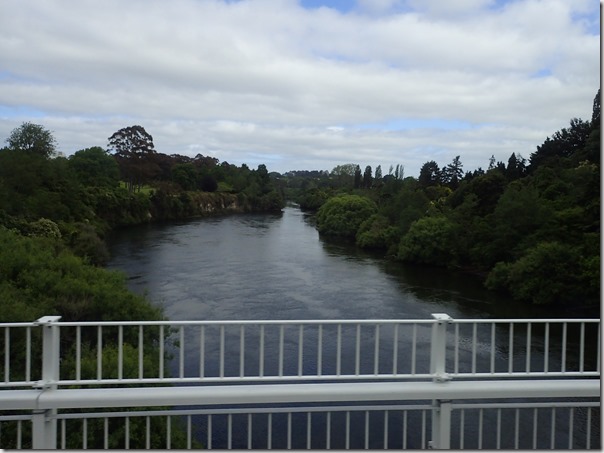 With a length of 264 miles the Waikato is New Zealand’s longest river. The more we travel the more we learn all things are relative. 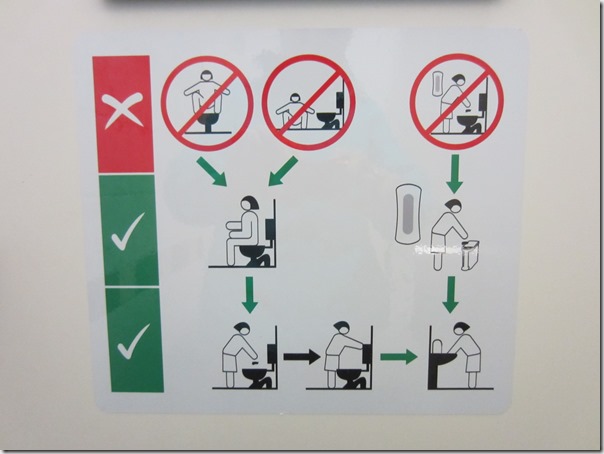 Another of those amazing photos that are found on Linda’s camera. By the looks of the first two X’ed out drawings there is a difference in how cultures “go”. 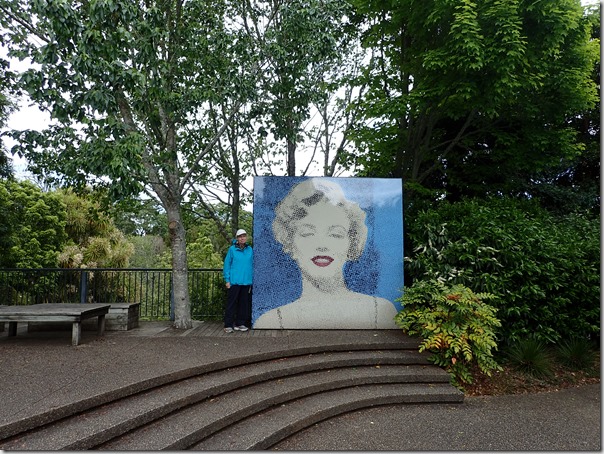 In the award winning Hamilton gardens there is a section featuring gardens from different countries. This a view of the one labeled a California garden. 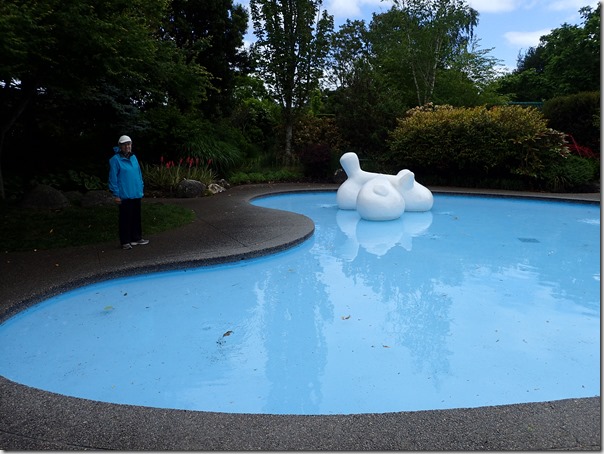 Another view of the same garden. We lived in California for some 25 years and while we had a garden and backyard pool, it never looked like this. At ours Linda would have had on her swim suit. 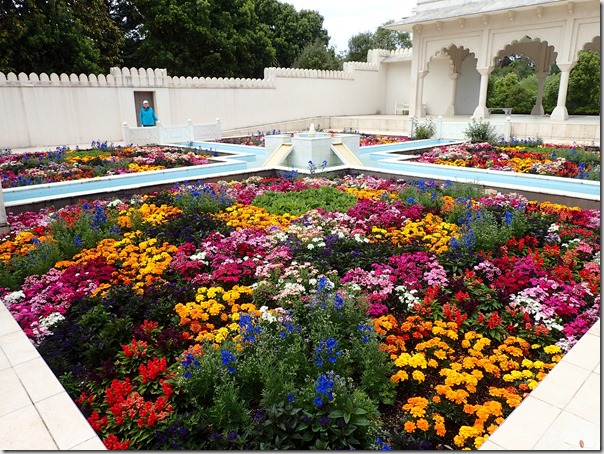 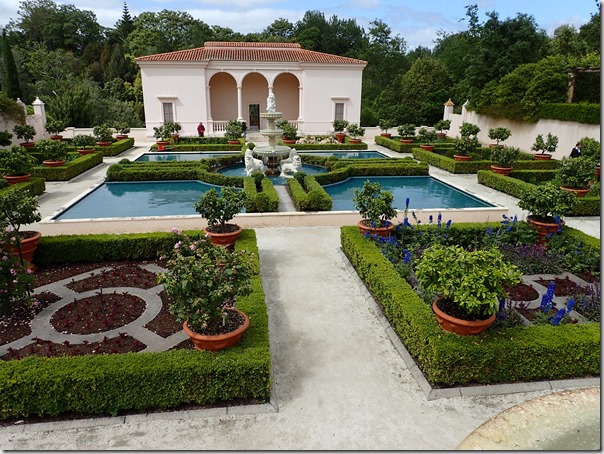 These two were our favorites. 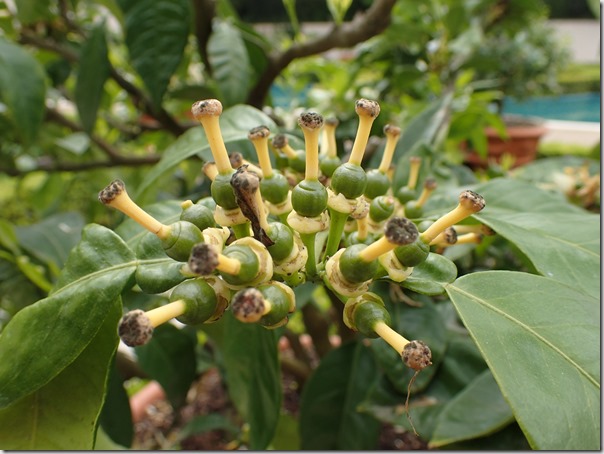 Talk about a prolific orange tree! Linda said we should show this to our Retama orange tree and tell it, either put out like this or you will be firewood. Makes me wonder what she would like to tell me at times. Oh, that’s right, she does talk to me that way. Bumbling Bob. 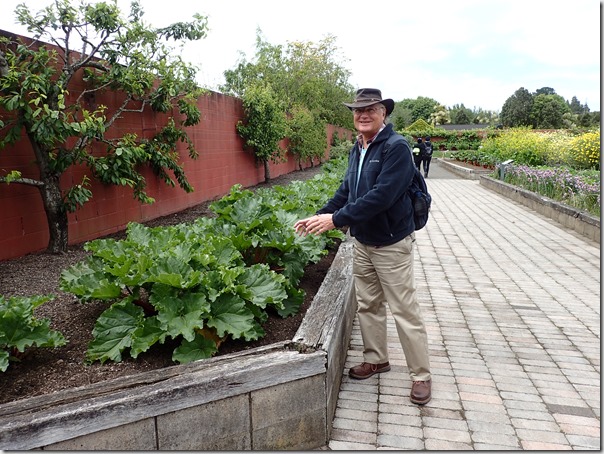 I hardly ever see a photo of me in these daily ramblings. I solved it this time by handing my camera to Linda and having her take a photo of  me wanting to take a bunch of rhubarb stalks with me. Maybe it didn’t happen quite that way, but at least I got the rhubarb part right, I think. Inventive Bob. 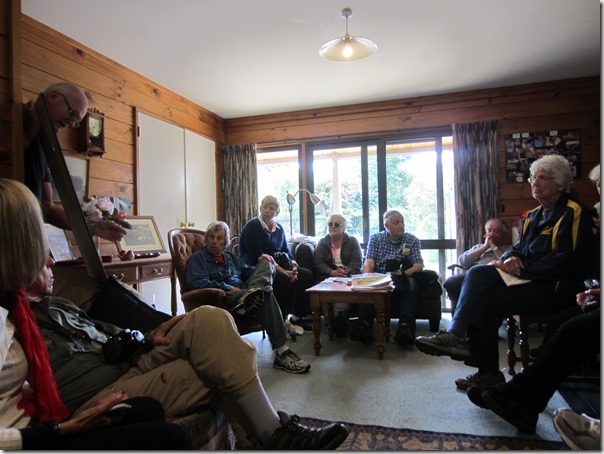 As part of the day’s events, we had lunch at a small organic milk farm, followed by a question and answer period. Linda’s question was do they name their cows. To this day she still remembers the names of the cows on the farm she grew up on. 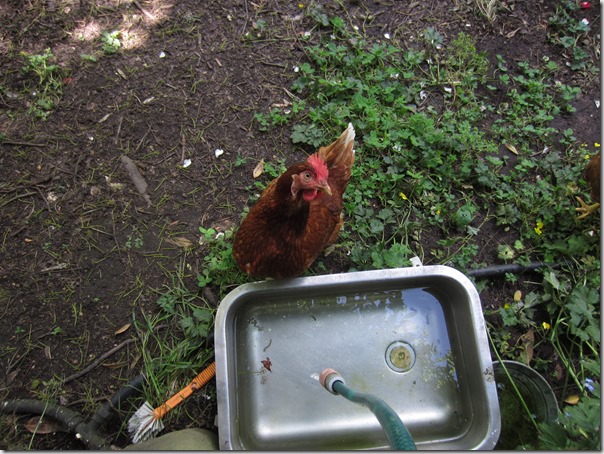 Just what I suspected, her photos would be of chickens, not cows. 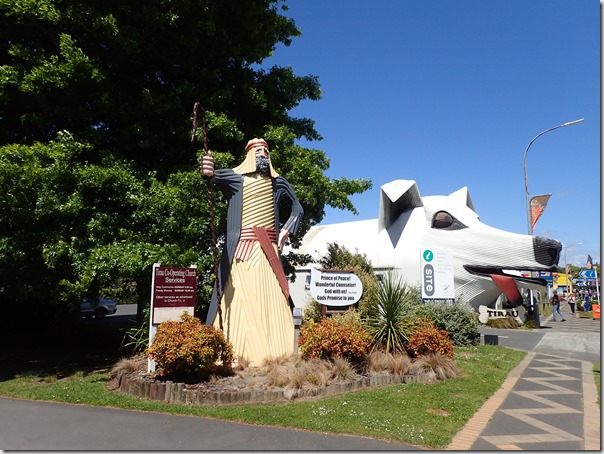 Down the road a few miles we stopped for ice cream. I know, I know, but I just post the photo’s she takes. 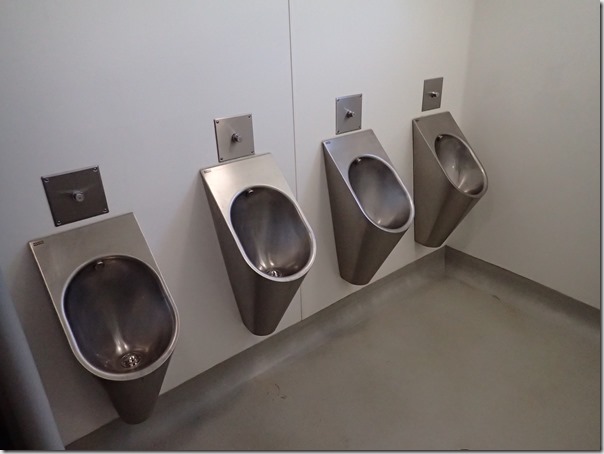 I do take credit for this one. I’ll bet the keen eyed reader can discern the difference between the Aussie and Kiwi models. 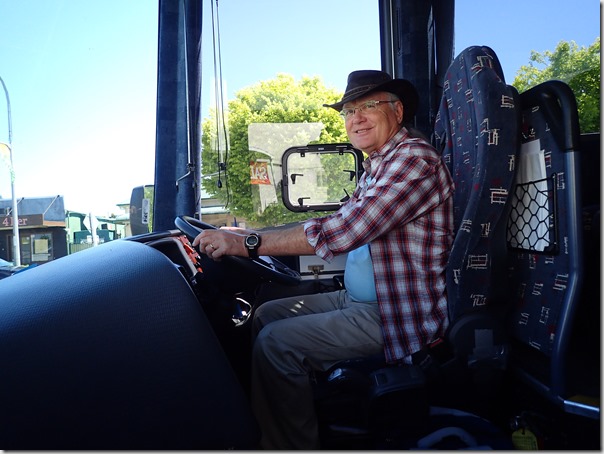 Barry, our bus driver, and I have become good friends as Barry would like to come to the States after he retires, buy a used coach and tour the US. I have to say that the air suspension seat in his bus is totally awesome. 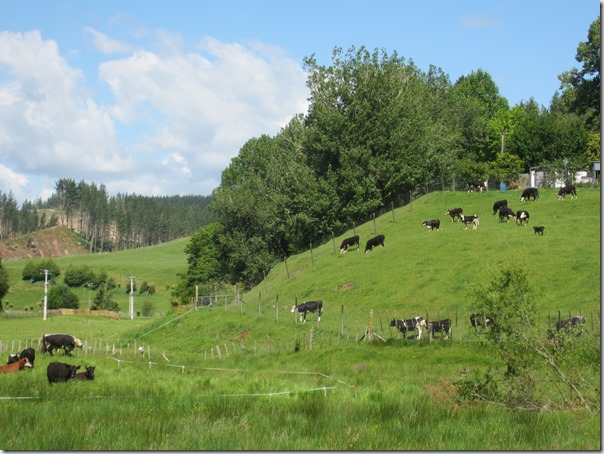 Photos simply can’t do justice to the beauty of the New Zealand countryside. 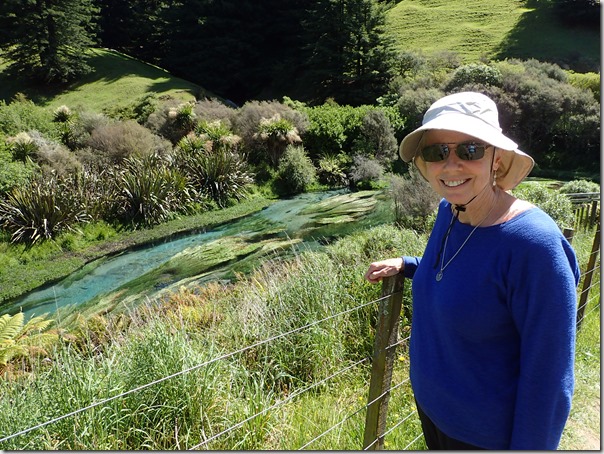 Beauty is found everywhere you look, and yes the water was so pure it was light blue. 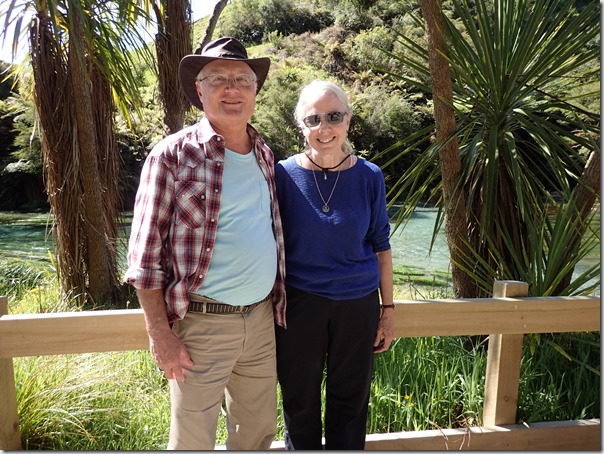 Happy anniversary Lin, it’s been 48 wonderful years since we said ‘I Do’ to the for better of worse question. I got the better while you got to learn patience, but just think how much you will enjoy it when I finally do grow up. 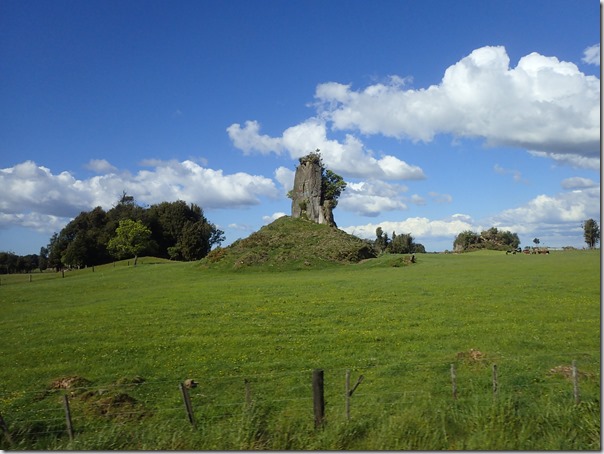 A huge chunk of rock blasted out of a volcano sticking out of the ground like a dagger. 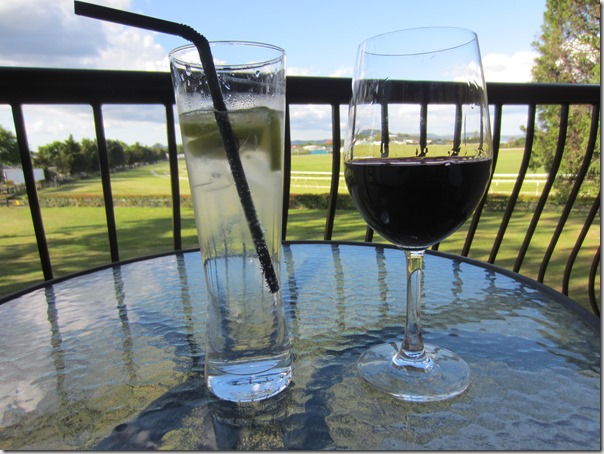 At least she got to have a gin and tonic on her anniversary, or I should say, two gin and tonics. The longer one is married, the easier it is buy the right anniversary present. Dreamer Bob.

I want to end today's post with a series of four photos of plaques placed in a quiet redwood grove overlooking the stream shown earlier. It marked the spot a young woman who died in her 40’s loved to sit and be at peace. How true it is that Life is not a dress rehearsal. 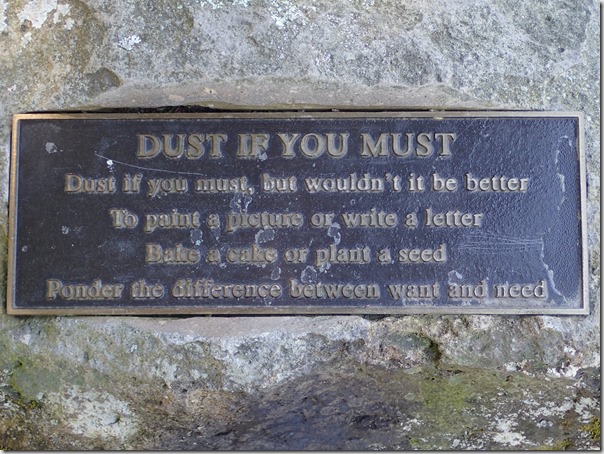 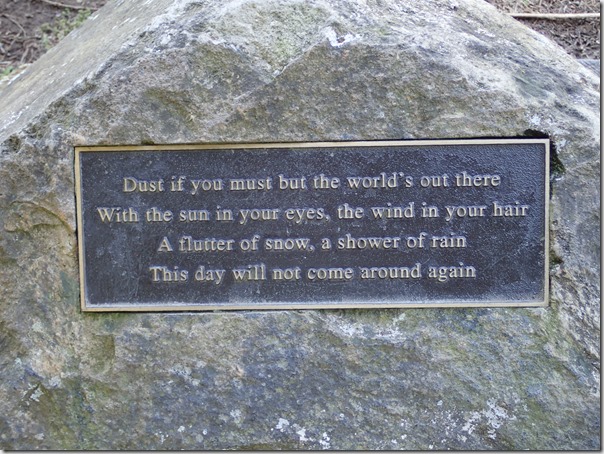 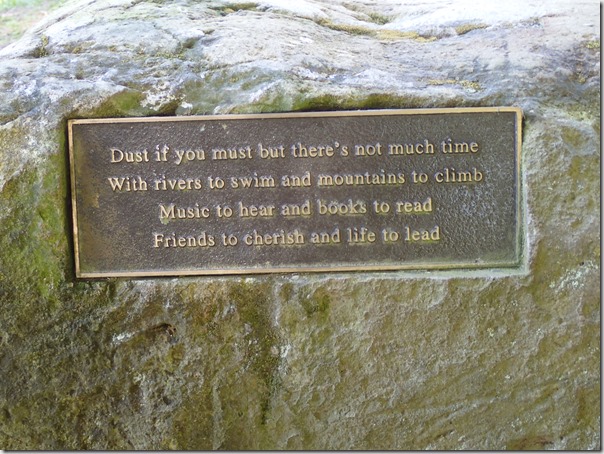 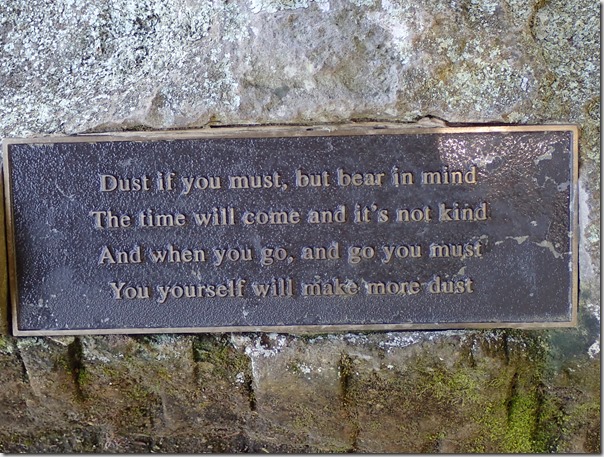 Email ThisBlogThis!Share to TwitterShare to FacebookShare to Pinterest
Labels: Aukland