The failed dream of a boy who wanted to emigrate to Australia after high school. A book by Neville Shute he read and a later mini series by the same name, A Town Like Alice. It wasn’t about Alice Springs, but yet it was. If you’ve never read it you have missed out on one of the greatest all time love stories. What can I say, I’m a romantic at heart, and should I ever write that novel I have within me, just as everyone has a novel within them, it will definitely be a romance. And now, on to a town that is Alice. 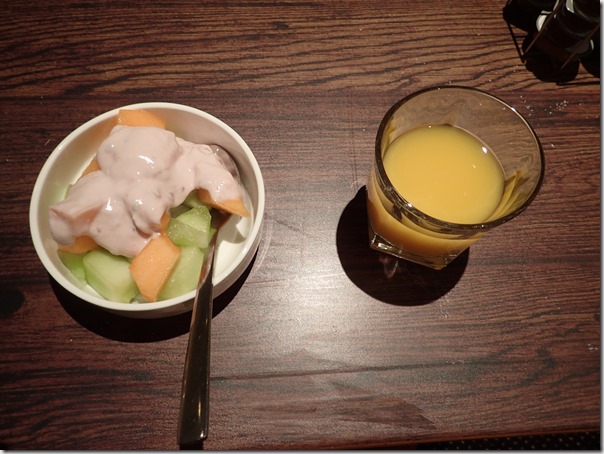 Yesterday I had made mentioned about Linda’s svelte figure, today it is my turn. I have tried desperately not to show my profile in any photos lest anyone accuse me have a joey in my pouch. Every morning I look in the mirror, aghast at what stares back at me and vow to do better. This morning I finally succeeded. Starving Bob. 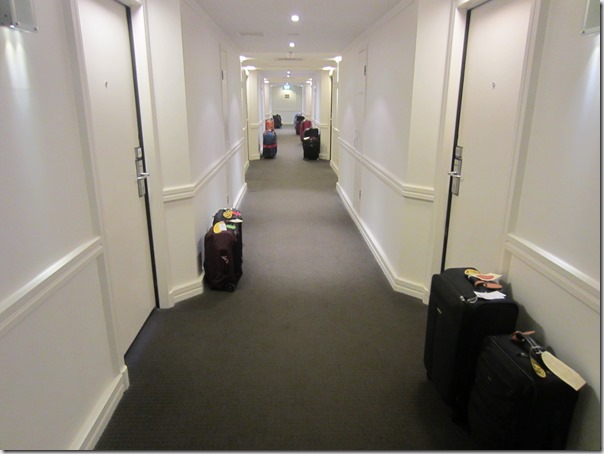 The hallway where our group is staying. Needless to say we still check the baggage cart in the lobby to make sure our bags have been picked up. I guess we two country kids just aren’t used to big city ways. Personally we’d both take a 400 year old guesthouse in Europe with three sets of stairs to climb over these pompous hotels any day. It’s my blog and I’ll tell it like it is. As long as Linda agrees. Knows His Place Bob.

Speaking of luggage, why do we always get a big smile from the bus driver when bring our bags to them. Could it be because almost every other bag in our group has an airlines “Heavy” tag on it and is three times bigger than ours. Other than us and one other couple, it appears everyone in the tour group is moving to Australia. Many people think they know how to travel, but only a few really do do know how to travel. 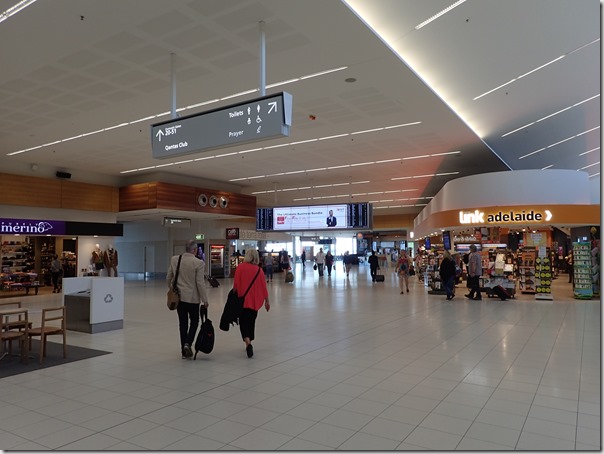 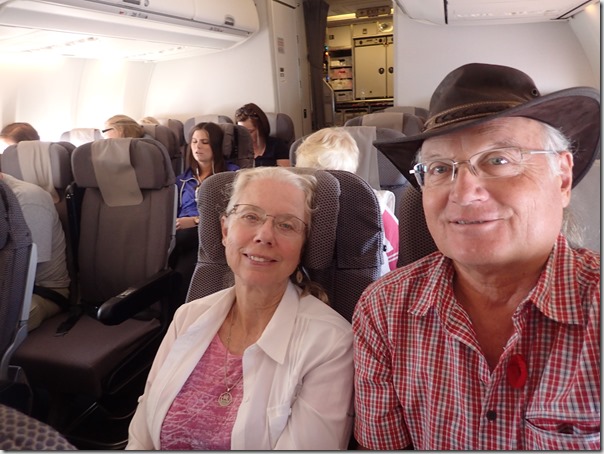 Some people are incapable of taking a selfie and smiling at the same time. Then there are beautiful women that seem to always have a smile on their face. Aussie Bob the Simpleton and Super Model Linda. 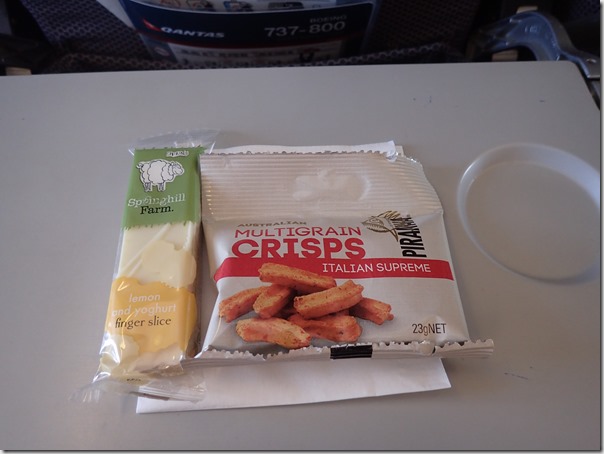 Qantas may have its faults, but its snacks would take first place put up against other airline we have ever flown on. Add to that the fact I can have great black tea and Bob is one very happy boy. 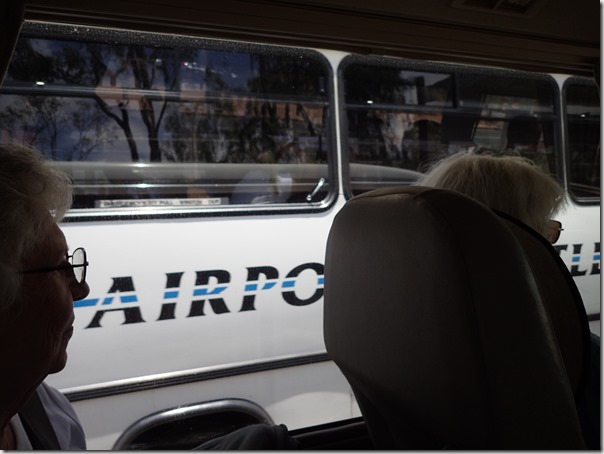 I know from the way I have talked about Alice Springs you are all eager to get a glimpse of what it looks like. So no sooner had the bus pulled away from the airport terminal than I took a photo of Alice Springs. It’s things like that separate the Because-We-Can blog from all those other wanna be blogs readers waste their time reading. Delusional Bob. 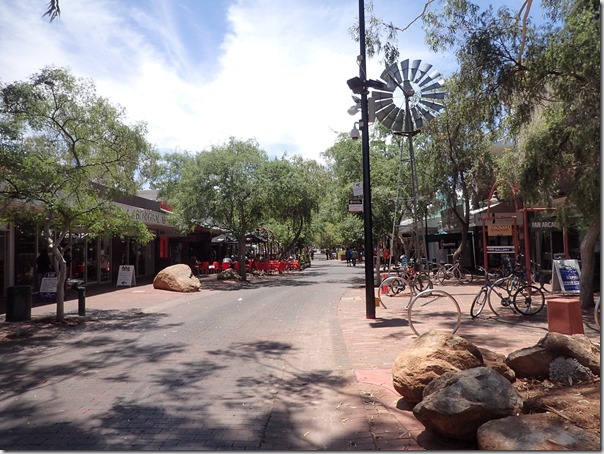 What can I say, when it 11:00 on a spring morning and it’s already a hundred and five you wouldn’t expect the streets to be crowded, would you? 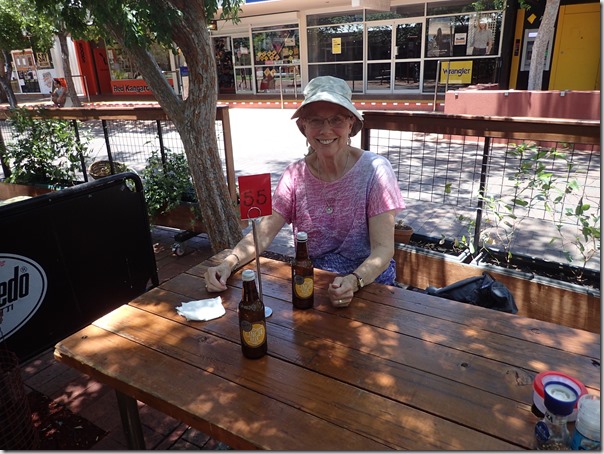 Linda knows what tastes good under those conditions, a ginger beer. Smart Linda. 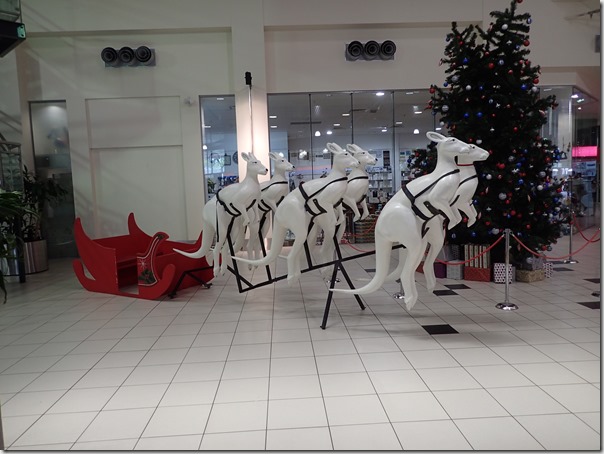 Down here the story of the night before Christmas isn’t quite the same. Somehow or other, six hopping kangaroos sounds a lot better than eight tiny reindeer when it comes to pulling Santa's sleigh. 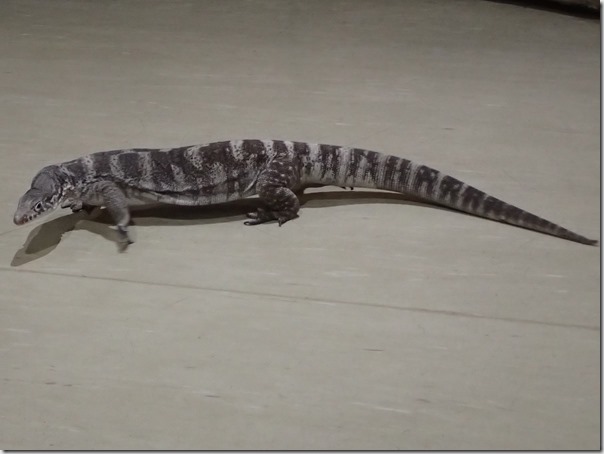 And, no Jody, this is not a black and white photo, that’s the actual color of this lizard.

An know, it wasn’t a stuffed lizard, it was real. 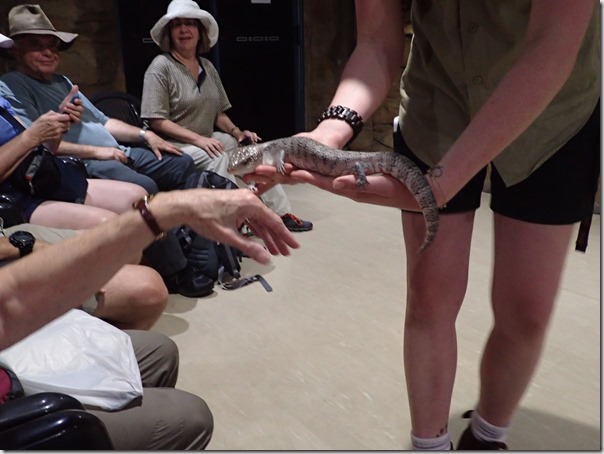 Most people touched it like I did. Then there was the person, whose name I will not mention or I will be in big trouble, who just held the back of her hand out near it. 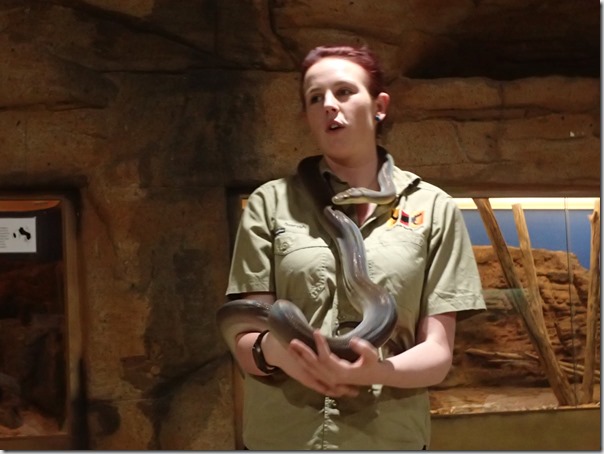 Besides lizards there were snakes. 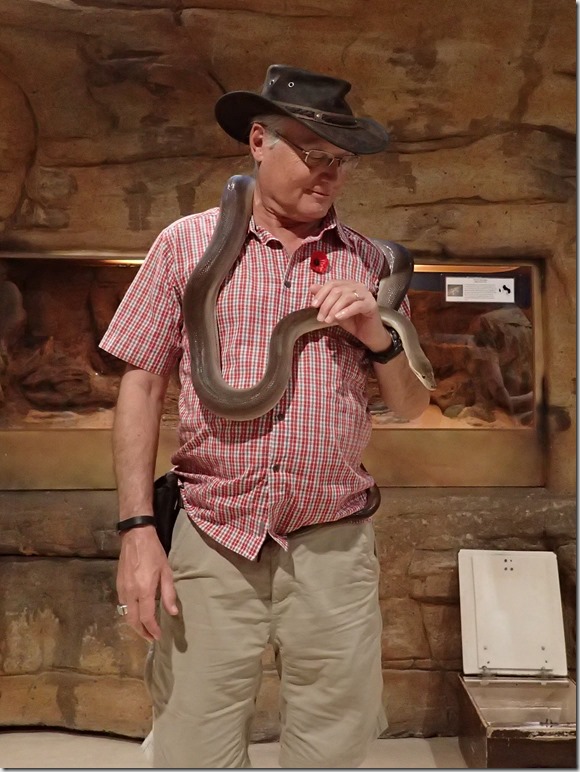 Crocodile Dundee has nothing on this real Australian. Reptile Robert


Like I say, It’s my blog and if Linda won’t go within five feet of a snake, I guess I’ll have to or the family name will be a joke. Think what you want, but that’s my story and I’m sticking with it. 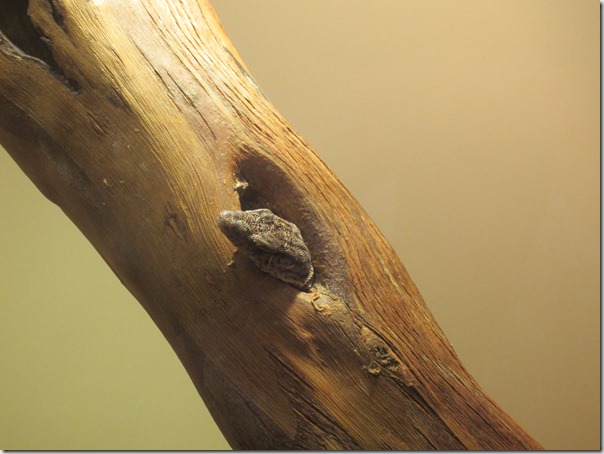 Photo by Linda through glass. 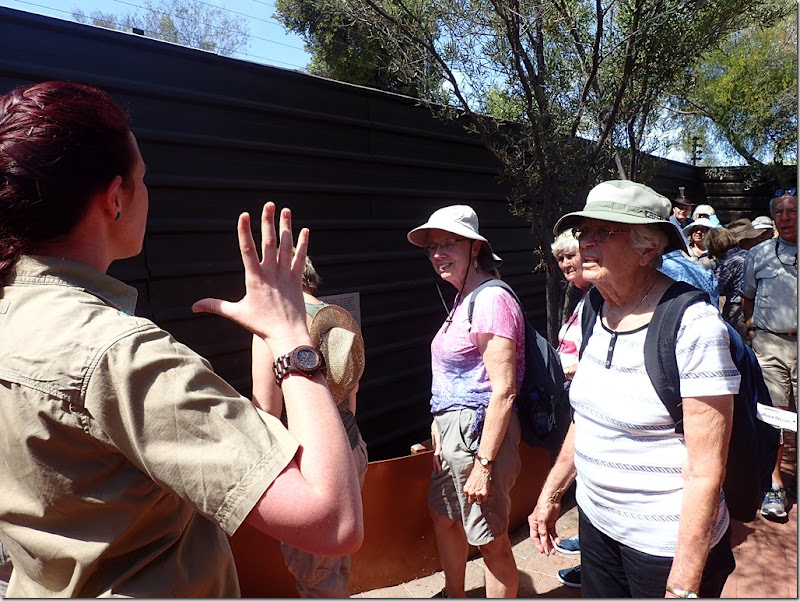 Our tour guide cautioning the group to be careful or they will be crocodile food. You can see who’s right up front. 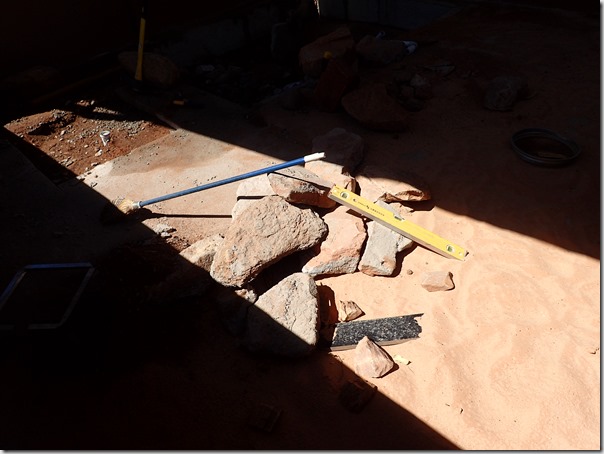 Meanwhile I was some distance away capturing a photo of two of Australia's most elusive creatures, the yellow level snake and the broom tailed, white headed blue lizard. Lucky Bob. 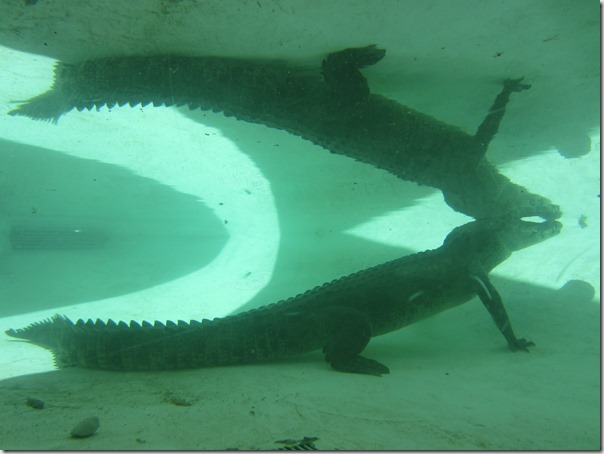 Underwater photo of a salt water crocodile by Linda. 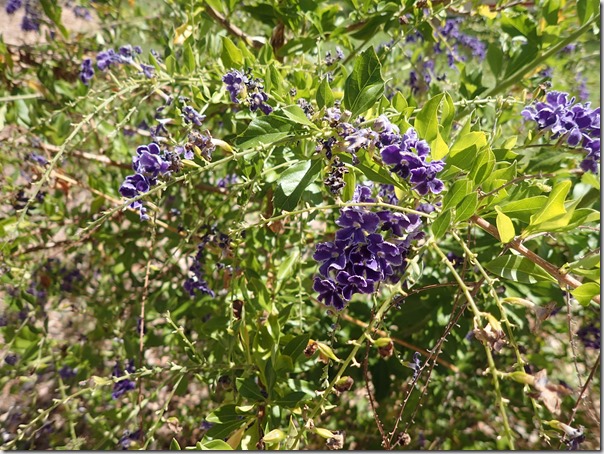 Small world. This same exact plant grows like a weed on our RV lot in Texas. 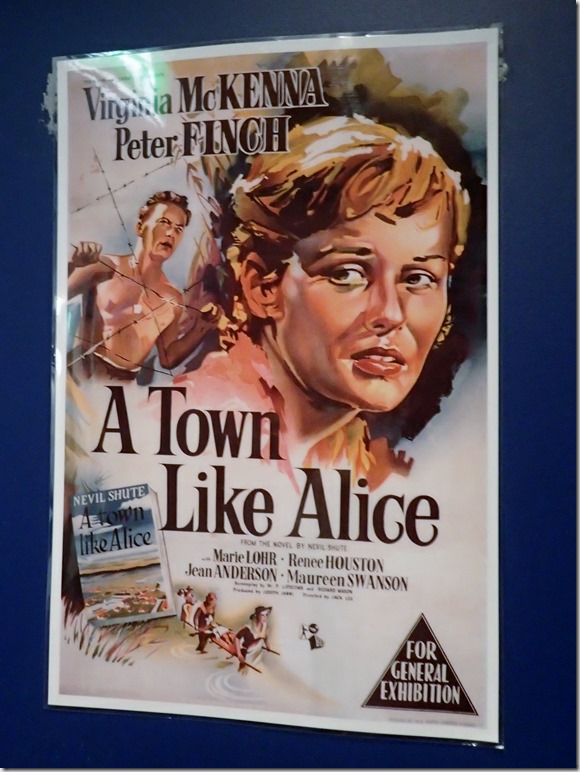 I’ve never seen this 1956 movie. But that doesn’t mean I won’t someday. The interesting thing is that the movie and the book each stress different parts of the book. You need to read the book to get the whole story. Shameless Plug Bob. 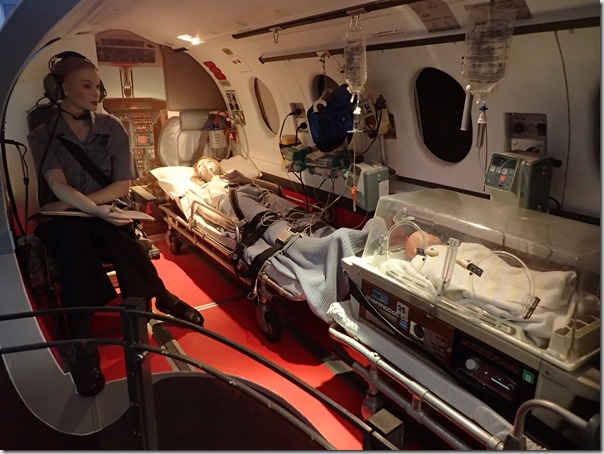 The Royal Flying Doctor Service. We Americans have utterly no concept of the vastness and remoteness of the Australian outback. Millions of square miles of Australia get their medical service through the planes that fly medical personnel and equipment to the people. 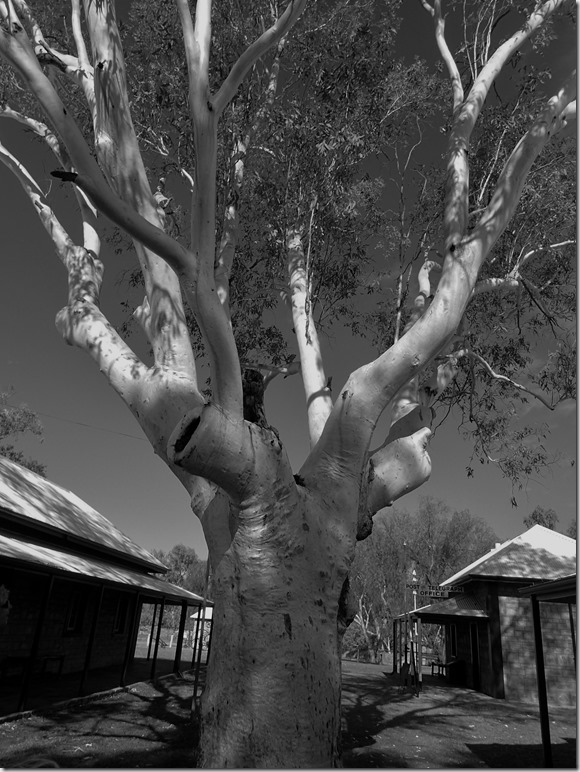 Ansel Adams Bob. Not bad if I do say so. 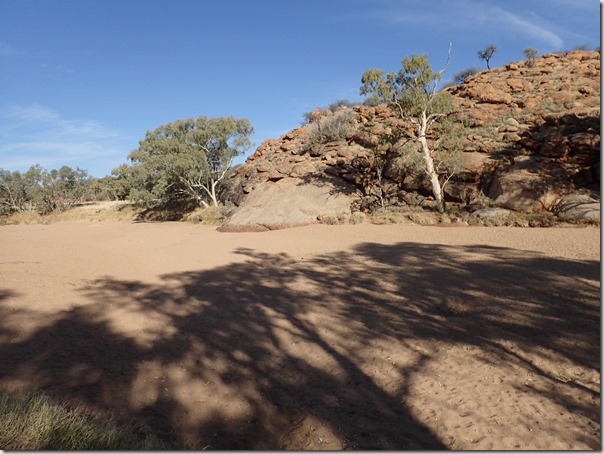 The Todd River in Alice Springs. The site of the original spring is at the base of the large rock in the upper center of the photo. And now, the rest of the story. The first white men in the area saw water pooling at the base of the large rock and thought it was a spring. It wasn’t, it was only runoff from a rain storm a few days before.
The Todd River is also home to the annual Henley on Todd Regatta boat race, the only boat race in the world that was cancelled because the river it was held on had water in it. I can’t explain it. If you want to know more look it up on the Internet. 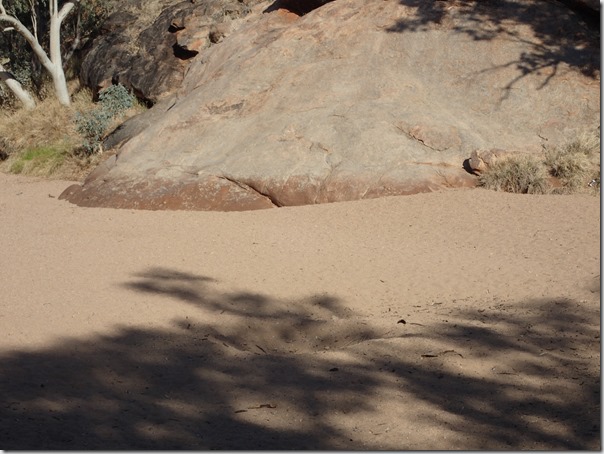 See, right at the base of the rock, that’s Alice Spring. And now you know why you read these mumblings. It’s the only way you know there is a person in this world more confused than you are. 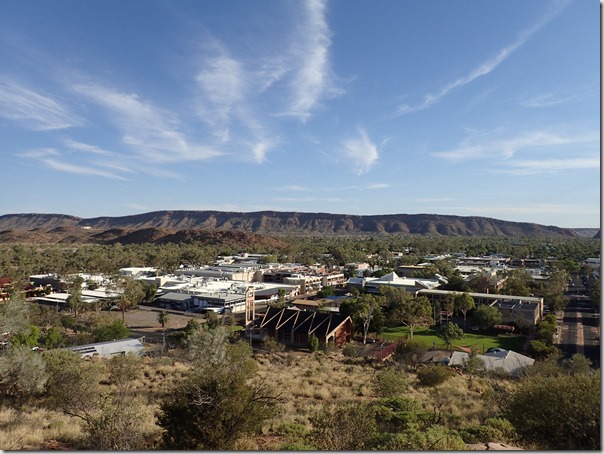 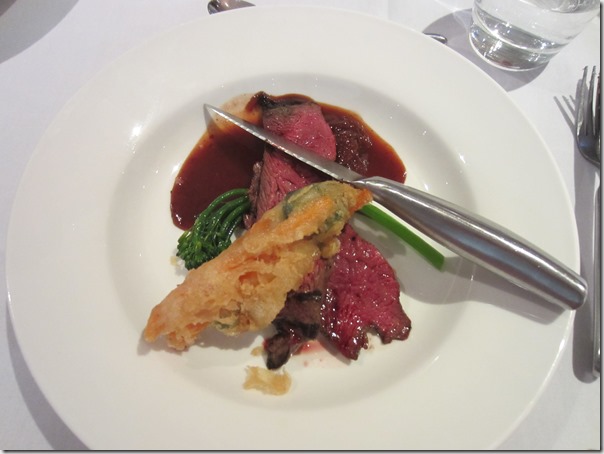 What else but kangaroo for dinner in Alice Springs.
Today one of my must see before I die places was checked off my list. Happy Bob.
Posted by Bob and Linda at 5:15 AM