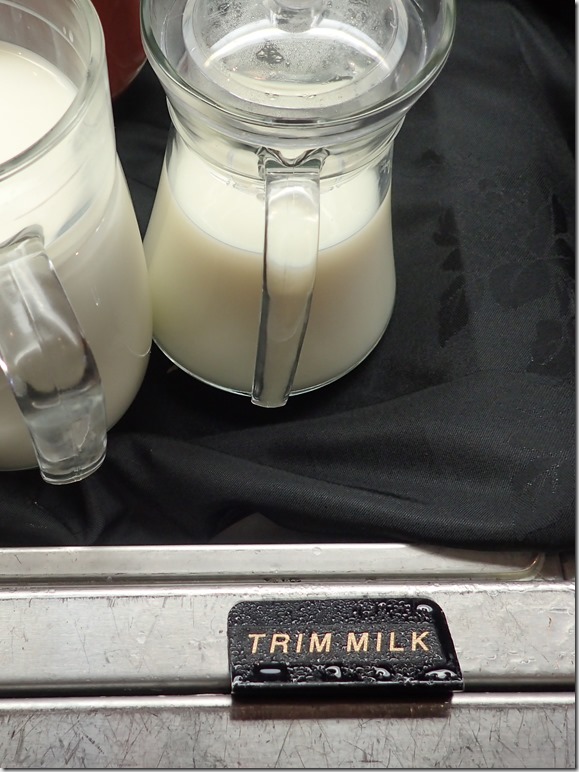 Now that is what low fat milk should be called. 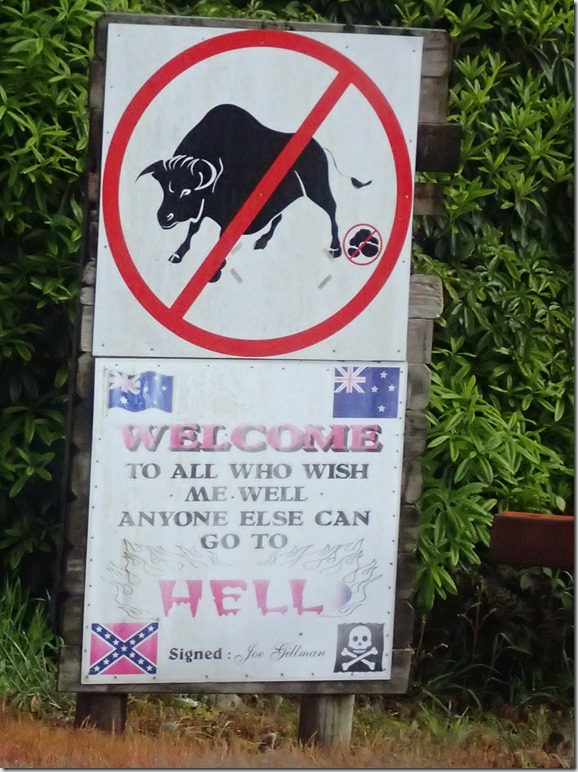 Some people are more friendly than others. 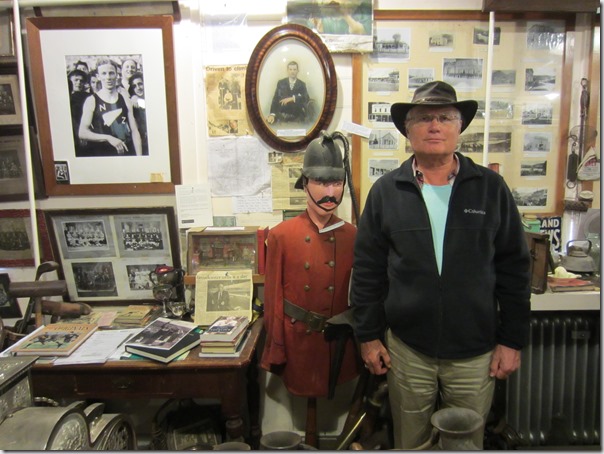 It’s reported that one of these two is a dummy. 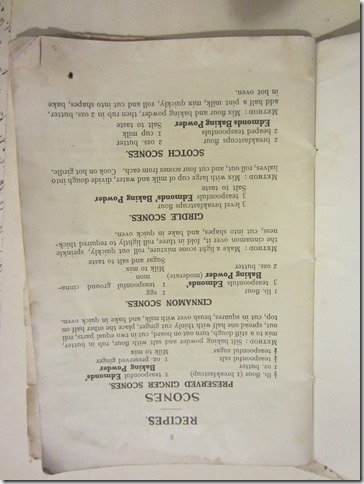 Don’t blame me. I just post Linda’s photos as I find them. 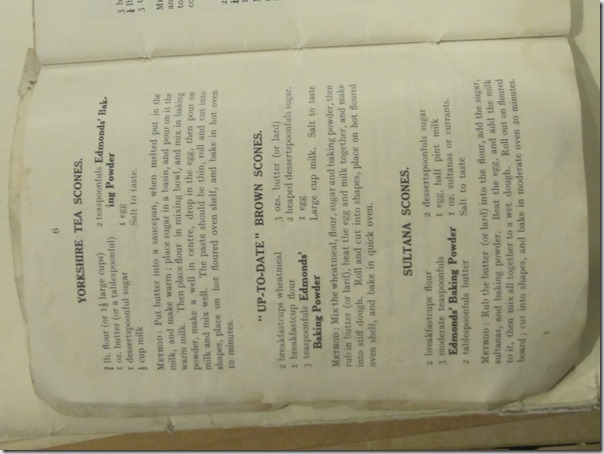 I can safely say Linda is “coming around” in terms of taking better photos. 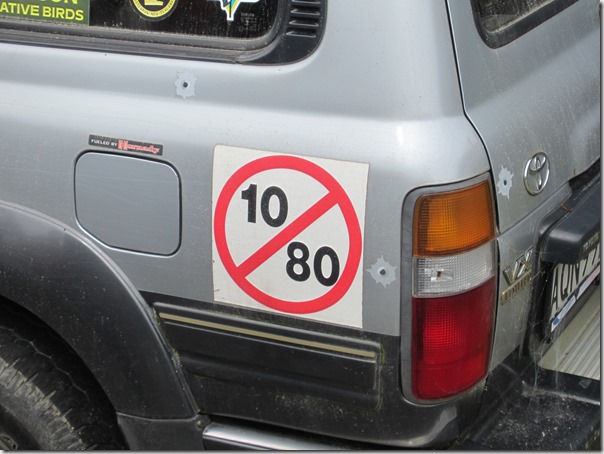 1080 is a poison used to kill possums. While almost people agree that something must be done to reduce their numbers, not everyone agrees on the best method. 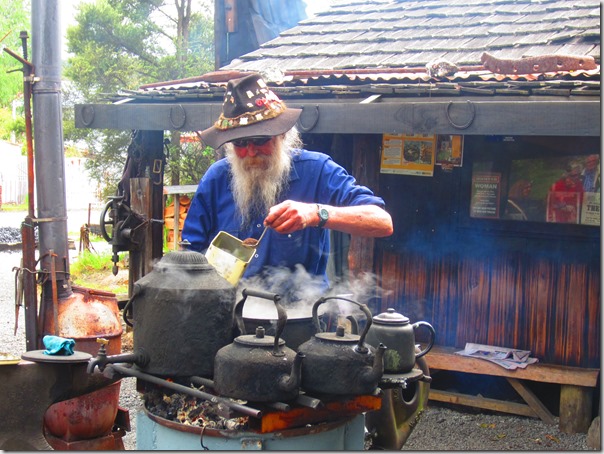 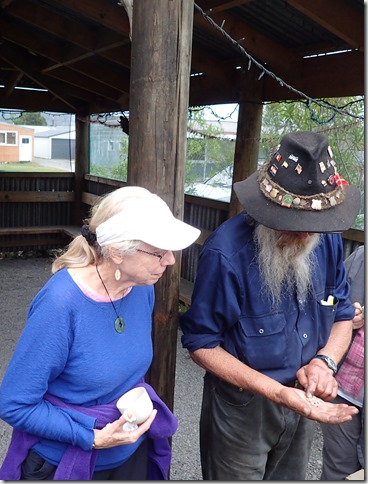 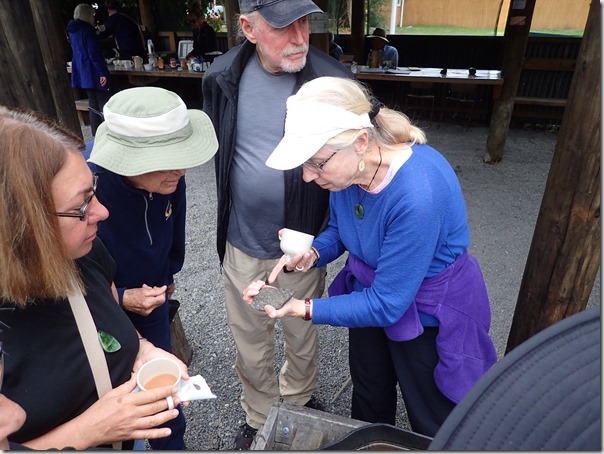 A grizzled old garnet miner explaining to a group of American tourists how to identify garnets in a rock matrix. 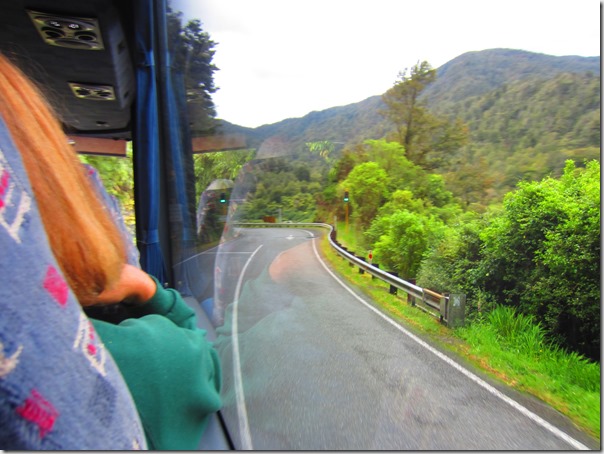 Another Linda photo. I don’t know what it is about either. I just wanted readers to know what I have to wade through when I download her photos. In Big trouble Bob. 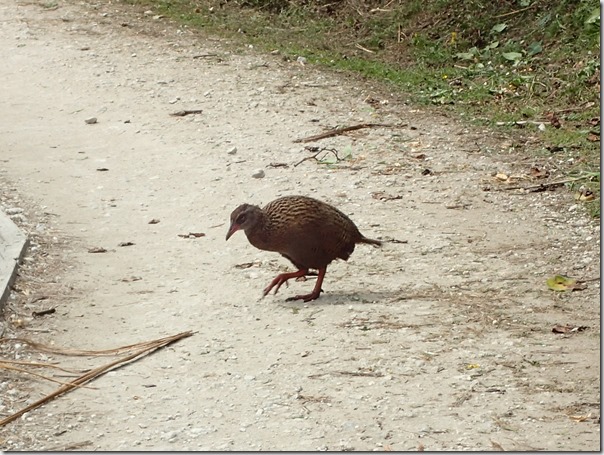 A weka (pronounced waka) a walkin’ across the path in front of us. I know I have been remiss in not posting a plethora of photos of the unique birds of Australia and new Zealand. Unfortunately for those looking for bird photos, the time constraints and the fact that my photographic skills result in my normally taking photos of where the bird just was mean bird photos are few and far between. Besides, the most beautiful “bird’ I know is the one I’m married to and I believe I have been rather diligent in posting photos of her. 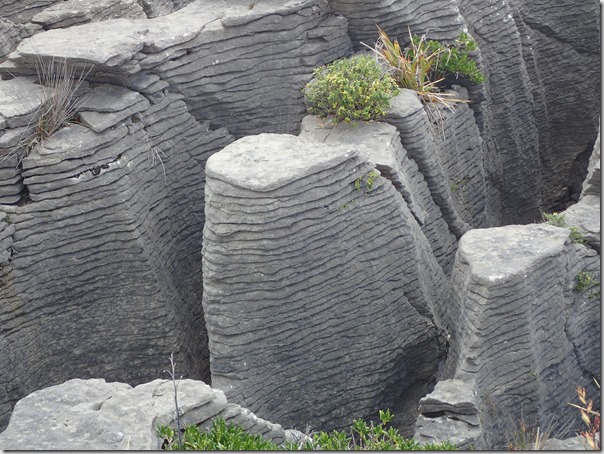 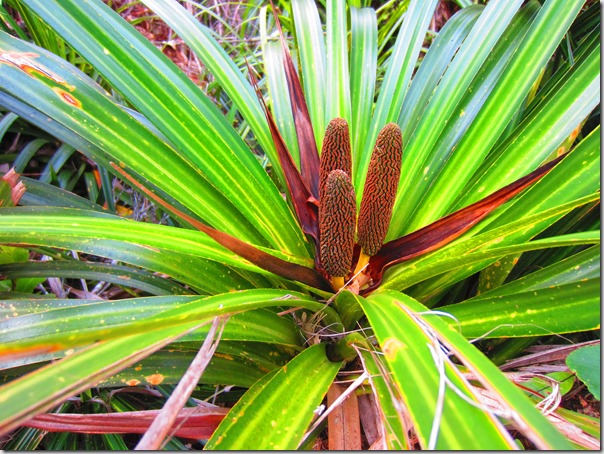 Another of Linda’s flower photos. 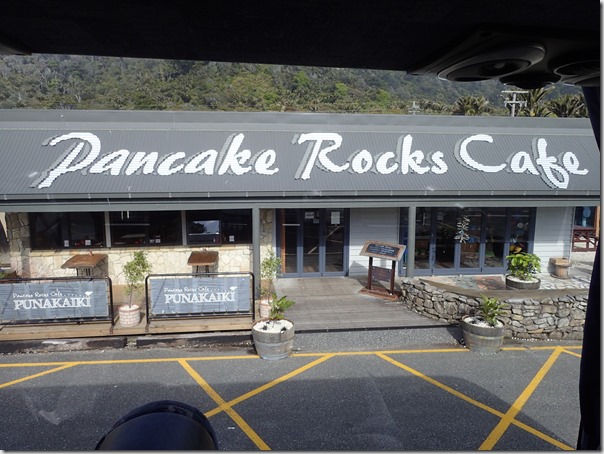 Can you guess what the daily special was at this café? 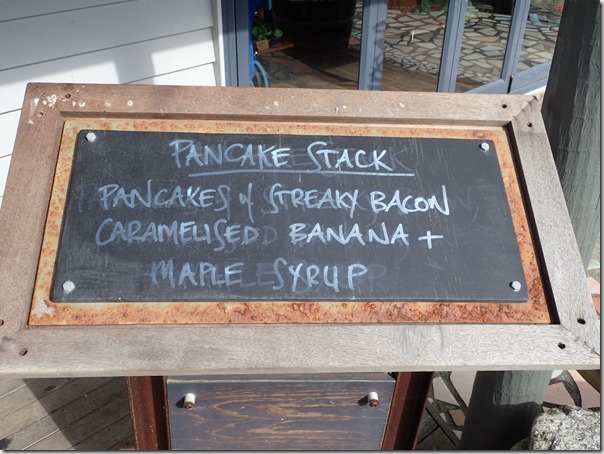 And “Pancake Stack” is the winner. 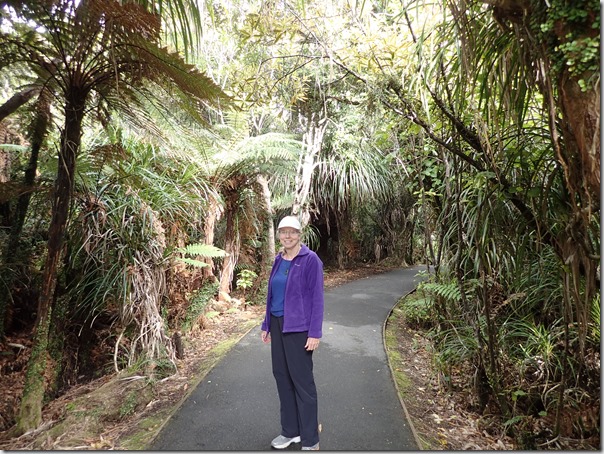 It is no wonder that the emblem of New Zealand is the fern. Everywhere you go there are fern plants and fern trees. And with that we say goodbye for another day.
Posted by Bob and Linda at 2:06 AM

Email ThisBlogThis!Share to TwitterShare to FacebookShare to Pinterest
Labels: Greymouth