It Was A Dart River Ride Day 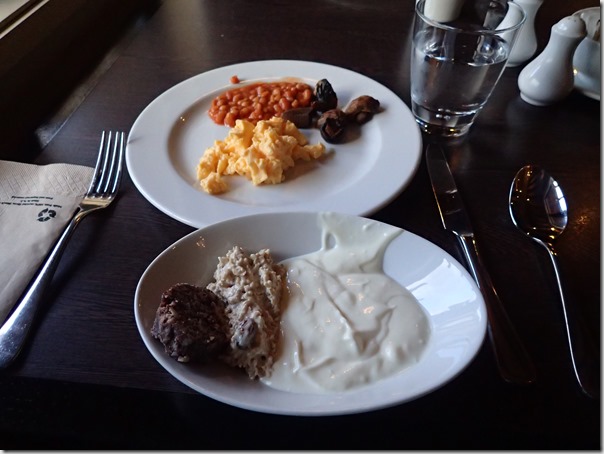 It may look like a breakfast photo, but it is really all about what you see on the left side of the bottom plate. A piece of raw cabbage, linseed and almond bread. It was in the breakfast buffet. I tried it. I loved it. I asked Linda to try it. She loved it. The recipe is online here. It is the wonderful part of traveling to distant places. 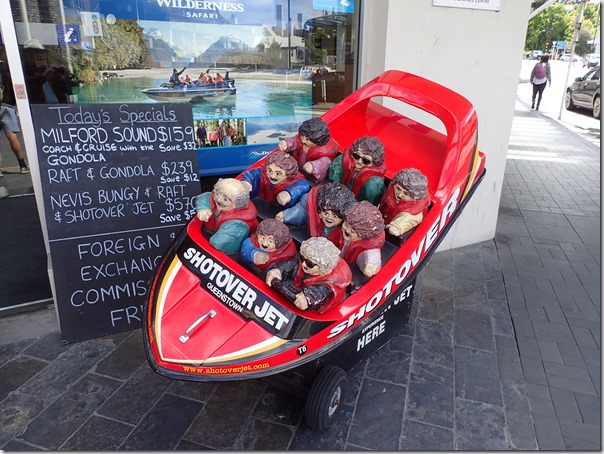 This is what we are doing today. The thrill is the same, only the company and river are different. 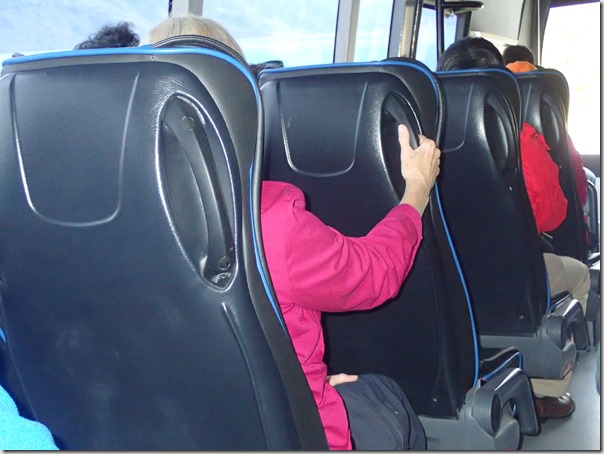 This is only the bus ride to where the jet boat ride started and already Linda is hanging on. This could be bad. 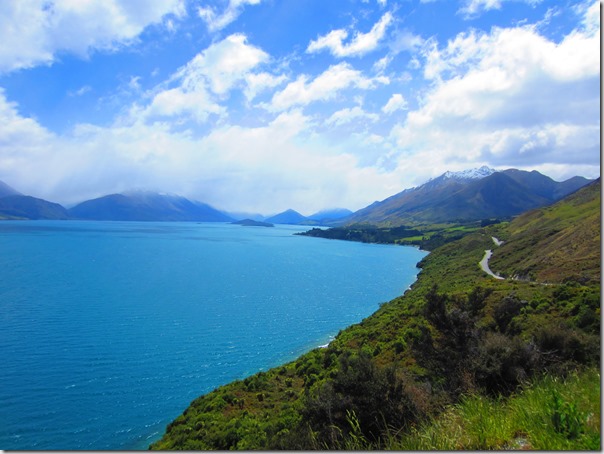 Our destination was at the base of the pyramid peak in the distance. Mountains and an alpine lake make for an awesome experience just getting there. 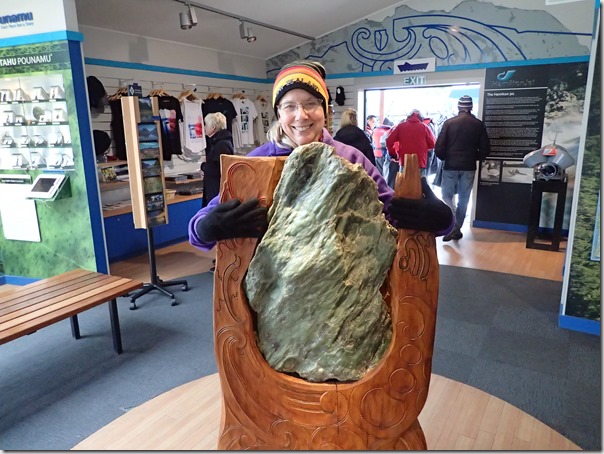 They say if you touch a greenstone it will bring you luck that day. Maybe that is why Linda was double touching this green stone before our jet boat trip. Lucky Linda. 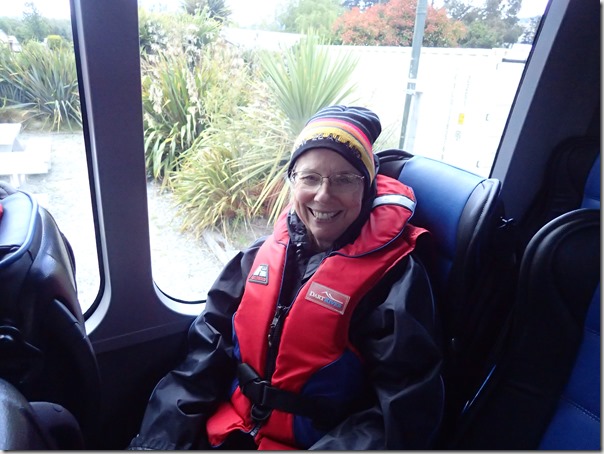 Heading off to the river. 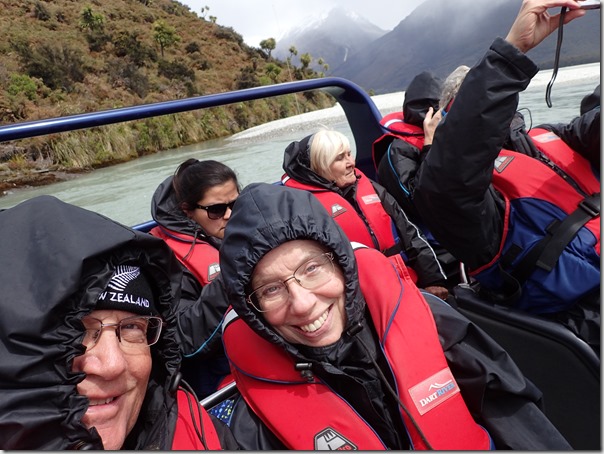 One eyed Bob and smiling Linda on the Dart River. 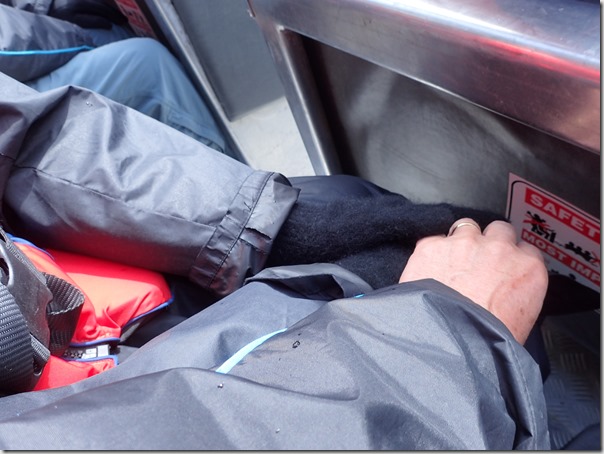 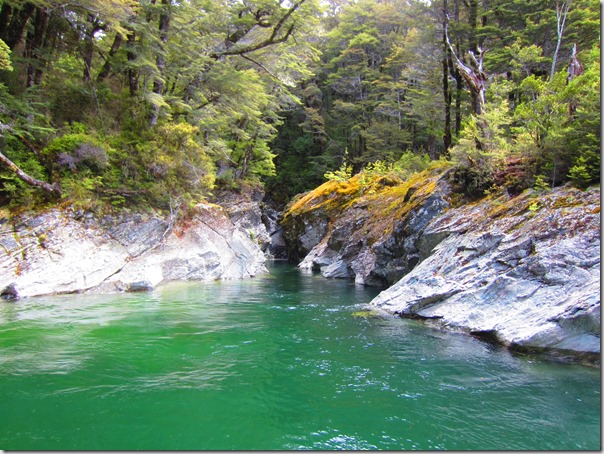 It doesn’t get prettier than this. Of course this was during one of the stops. At 60 miles an hour swerving right and left to follow a braided river, the few photos I took don’t show anything at all as to what it was like. The best part was when Linda was sticking her arms up in the air like she was on a roller coaster. What a woman! 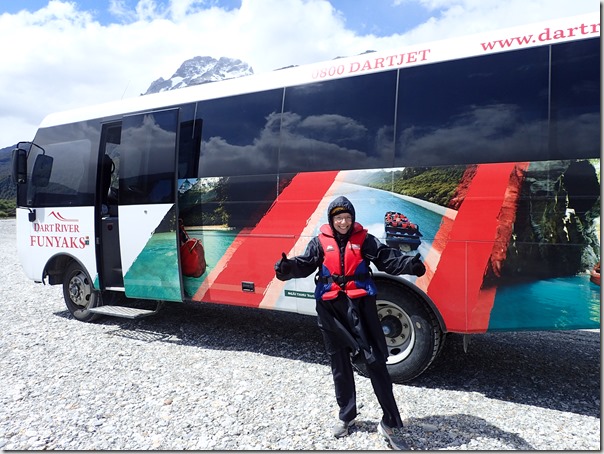 Linda not only survived, she loved it! 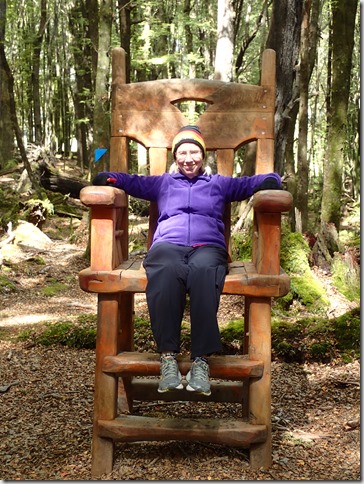 I hadn’t realized how much she had the crap scared out of her on the ride until she sat in the chair and I discovered just how much smaller she was. Linda, the shrunken woman. 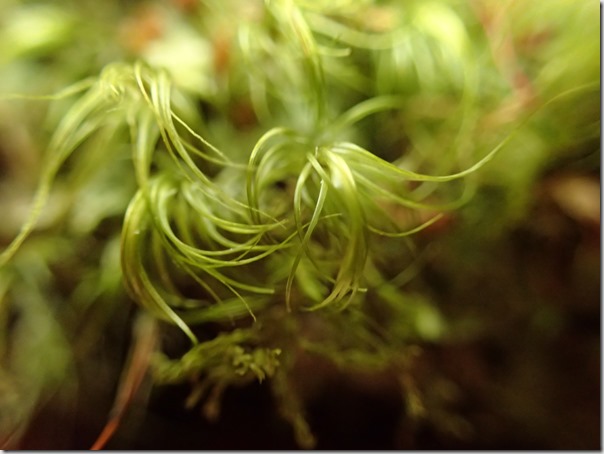 A super close up of moss. What can I say, I was having fun with the settings on my camera. 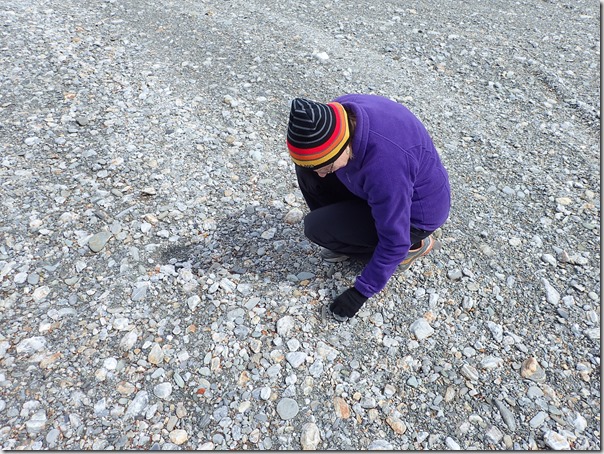 Our guide had just announced it wasn’t allowed to collect any greenstone when I turned around to see this. I have no idea who the woman in the photo is. 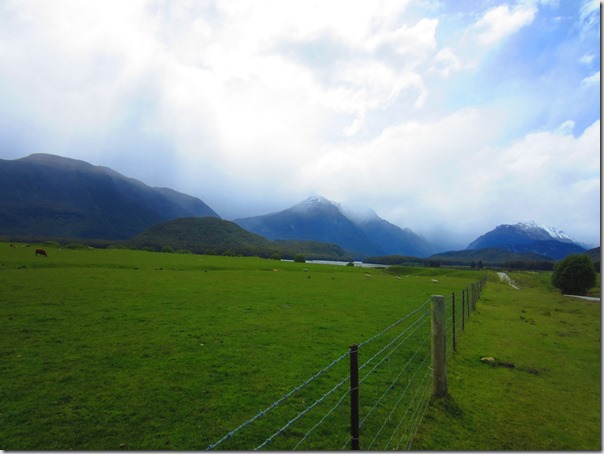 On the way back from the river we stopped in this valley where scenes from a number of different movies have been filmed. Lord of the Rings and The Hobbit were two of them. 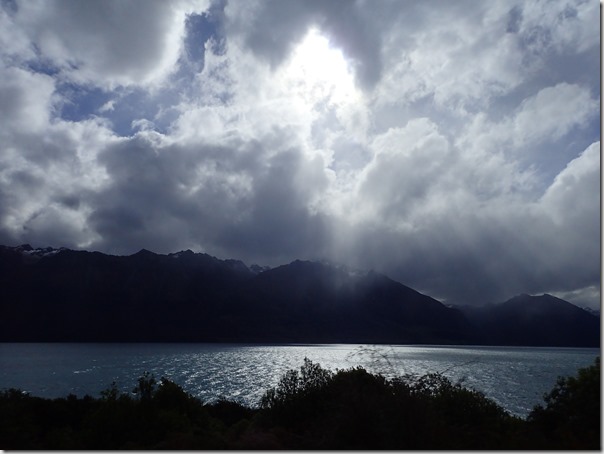 The end of another fantastic day. It just keeps getting better and better. And think, one week from today we will be on our way to Fiji where more adventures await. Remember: Life is not a dress rehearsal, don’t be afraid to Love, Laugh and Retire Early.

Email ThisBlogThis!Share to TwitterShare to FacebookShare to Pinterest
Labels: Queenstown