Off to Uluru Today 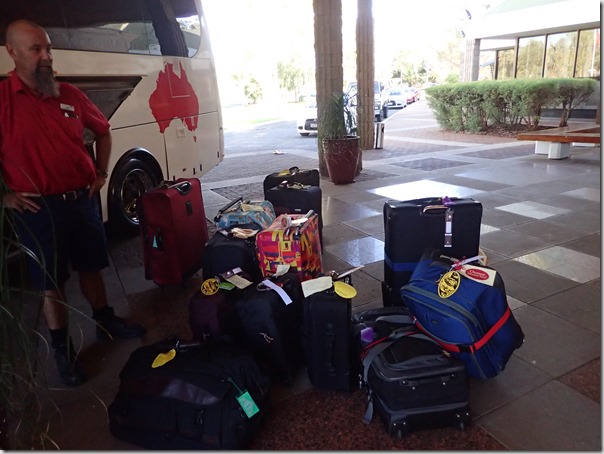 Our bags are packed, it’s early morn, the bus is waiting, and we really want to go for we’re leaving for Uluru and are we ever excited cause we’re going to tick another item of our lifetime bucket list today. 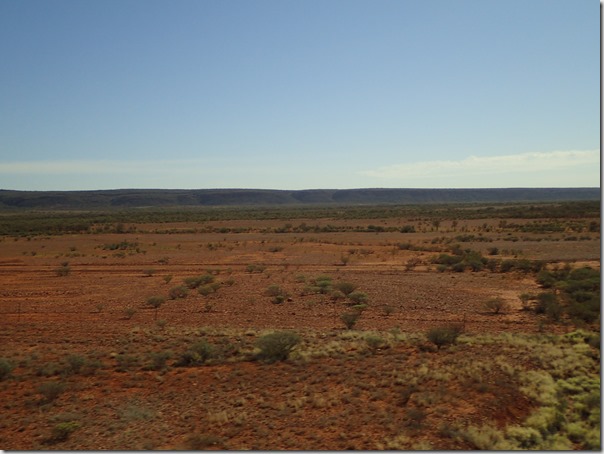 One thing became readily apparent as we followed the road west from Alice Springs, we now have a new standard for the phrase, a whole lot of nothing. 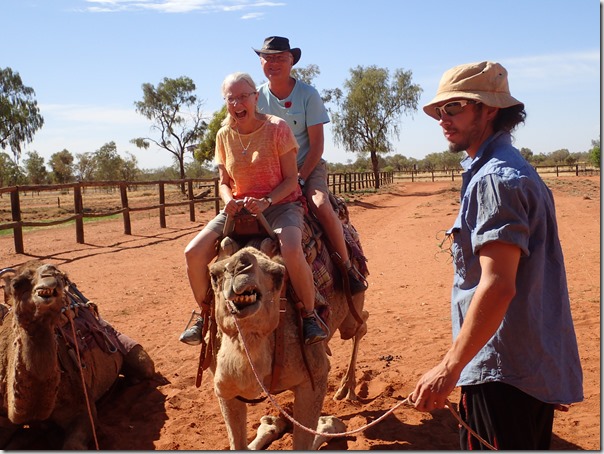 At our first stop only two people in the group availed themselves to the camel ride. It was seven dollars each which translated into a million dollars worth of fun. Bob the Camel Rider with Linda the Screamer. And the camel was still in the process of standing up for the first time. 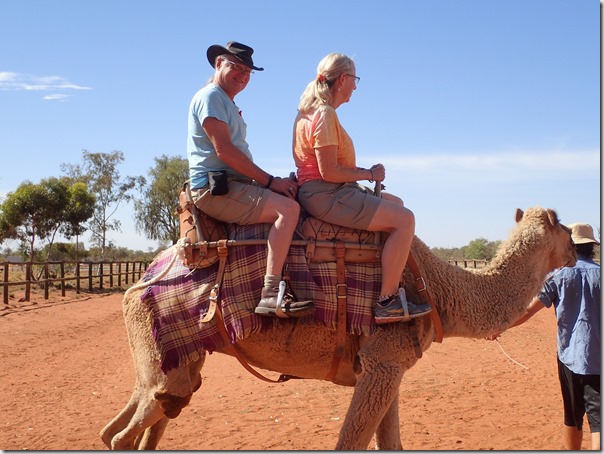 
Ever wonder what the view from atop a camel as it walks along is like? Wonder no more.


That's what is like atop a trotting camel with a screaming woman in the front seat. 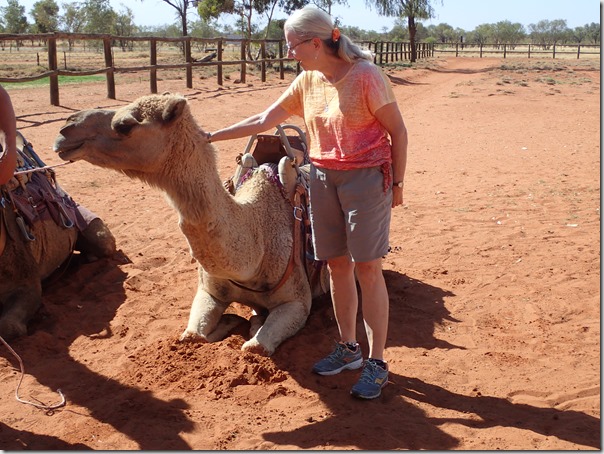 After Linda dismounted she wanted to talk to camel. The camel obviously wanted nothing to do with the female that yelled the entire time she was on his back. Why is it that turning my head away when she yells at me doesn’t work? Deafened Bob. 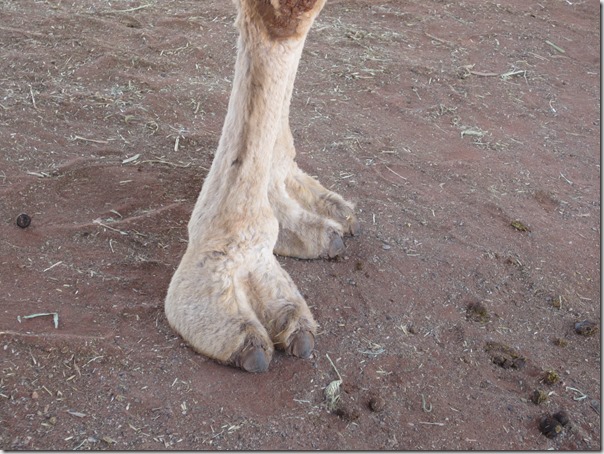 Another of those mysterious photos that show up when I download Linda’s camera. 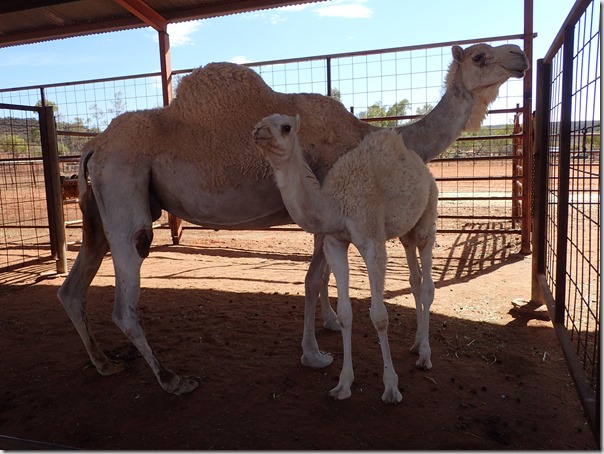 If we’re this excited over some camels I wonder what it will be like when we get to Uluru? 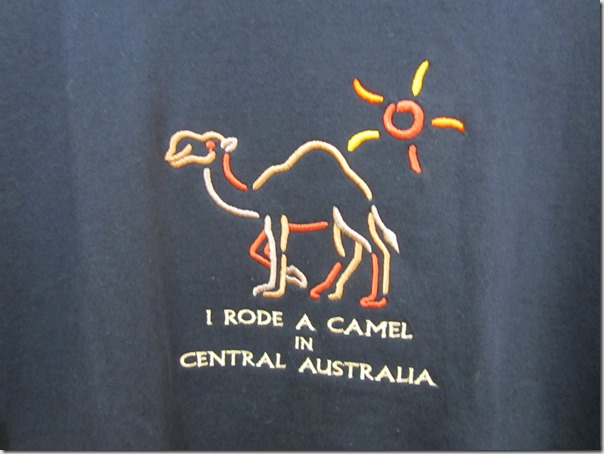 Another of those Linda photos. 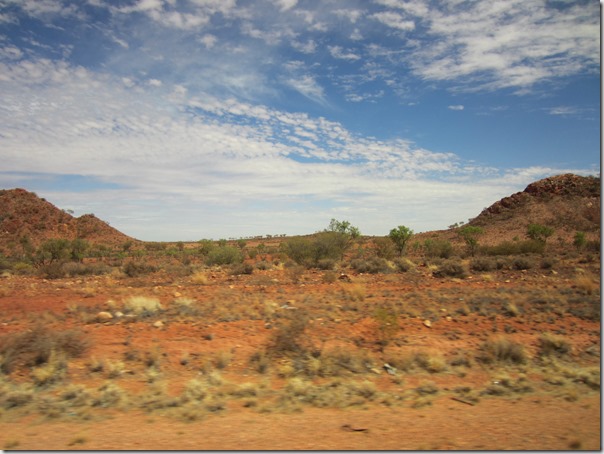 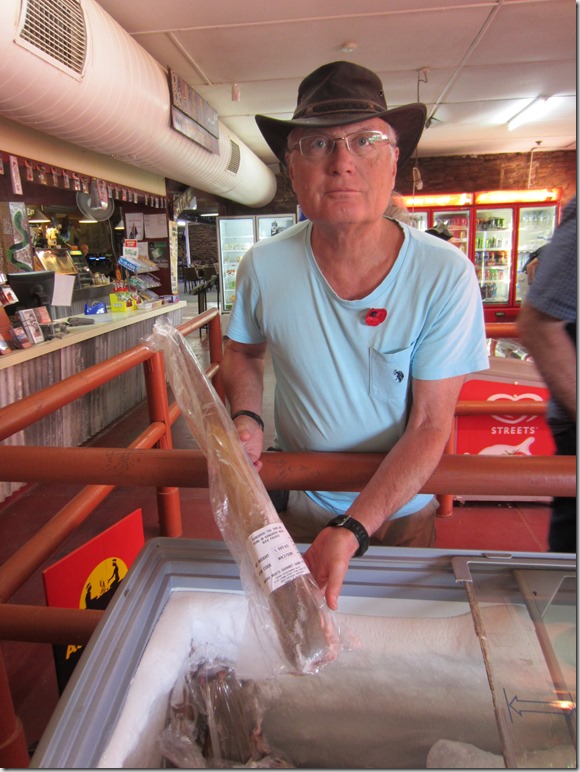 You never know what you will find in the freezer when the bus makes a rest stop. 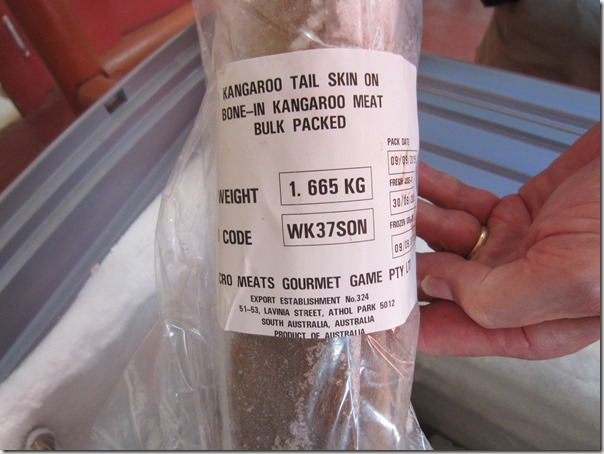 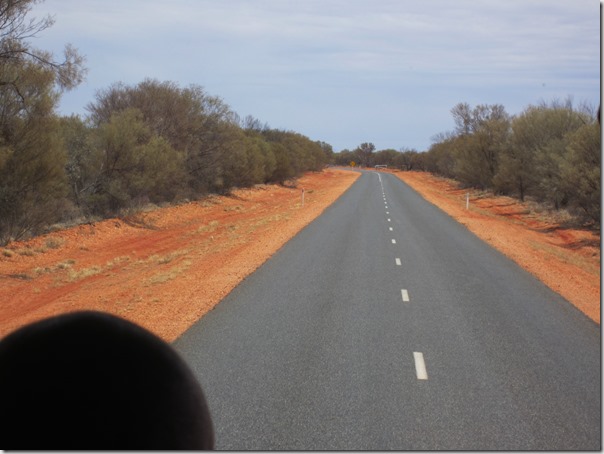 Did I mention there is a whole lot of nothing in the outback, 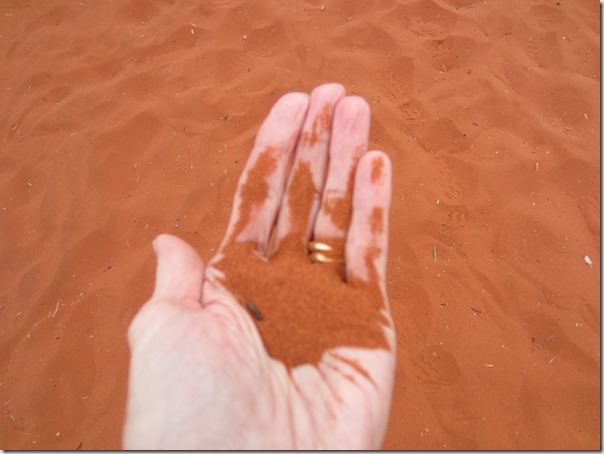 Well, there is something, either it is extremely fine sand or very coarse dirt depending on what you want to call it. Linda is a sand person and what’s good enough for her is good enough for me. 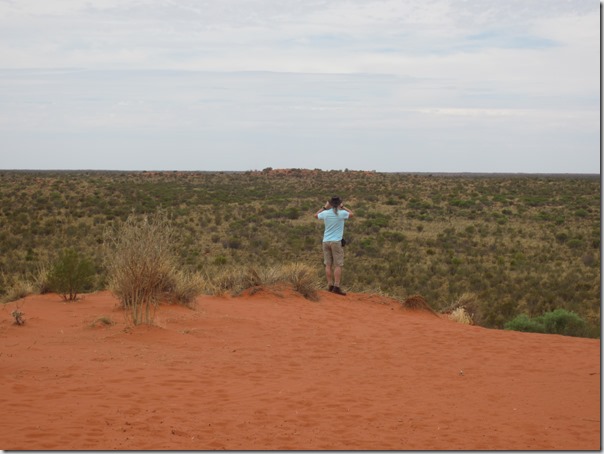 Bob and a whole lot of nothing. 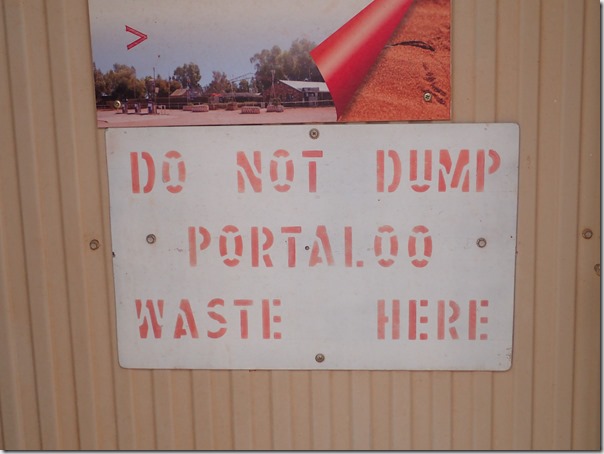 It took me a second to catch on to the portaloo. (portapotty) 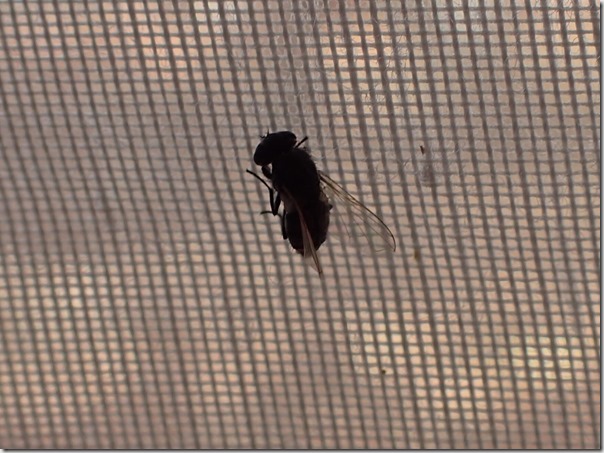 They say there are a billion of them around Uluru. As you shall see, I think they may have had a massive undercount. 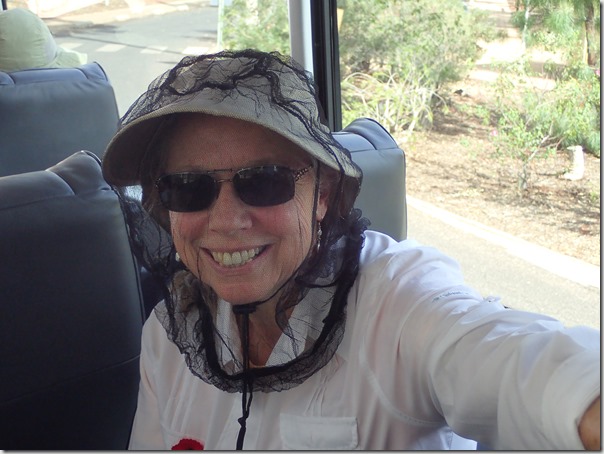 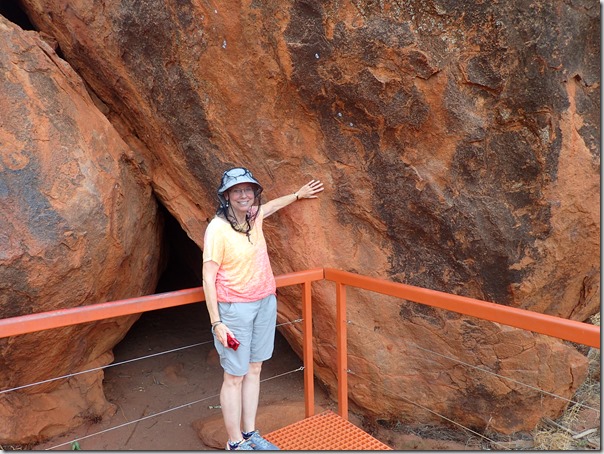 At least she didn’t ask to bring it home. And just to prove how powerful are the stories of people picking up small rocks around Uluru, taking them home and then being the victim of bad luck, Linda did not abscond with even a single fragment of the “Rock”. 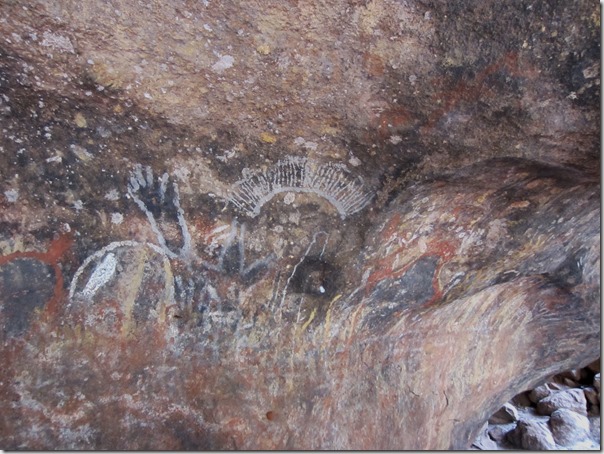 Something we can really relate to. 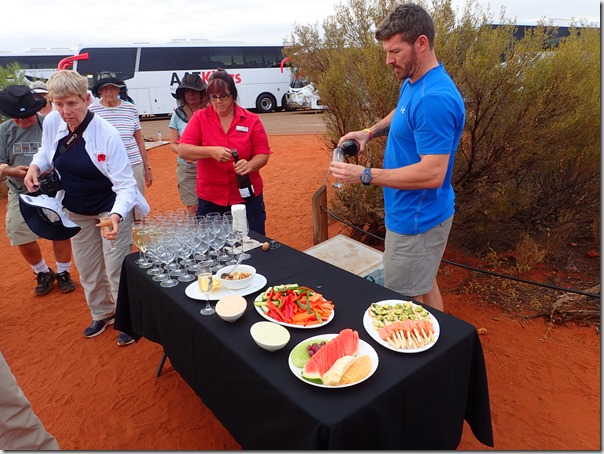 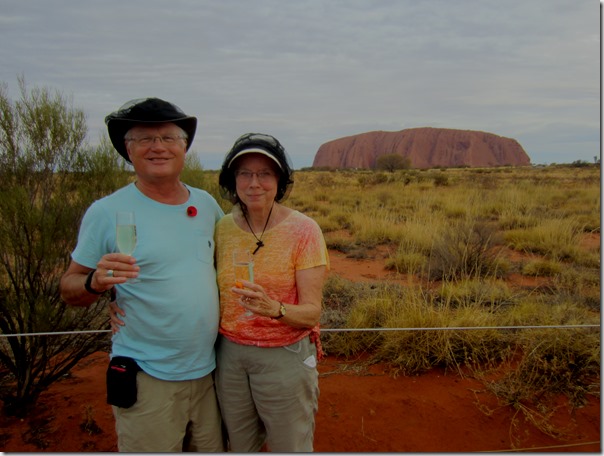 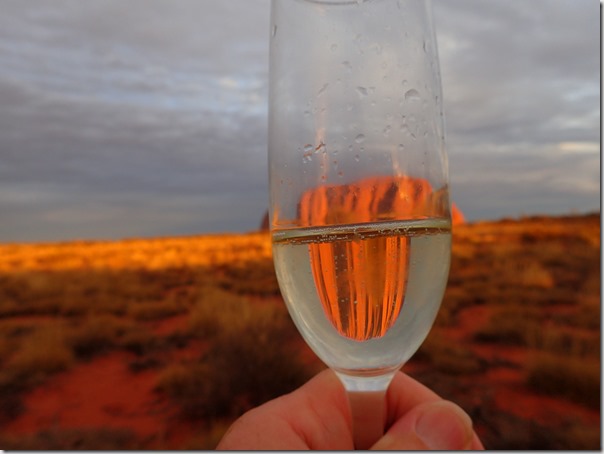 Uluru in a glass. 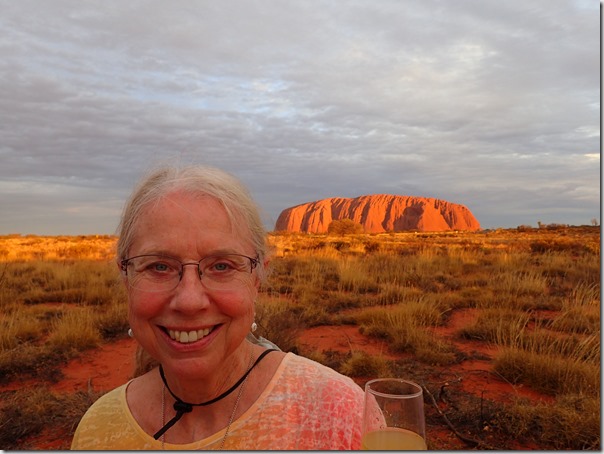 Email ThisBlogThis!Share to TwitterShare to FacebookShare to Pinterest
Labels: Uluru