An off to Adelaide Day 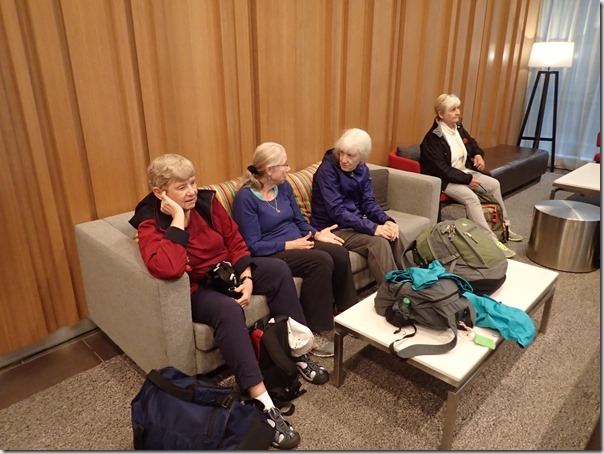 Every morning the BOS time set by our tour guide, Troy. In this photo you can see four of the ladies on the tour practicing their BOS technique. And what is BOS you might ask. It is related to the time the bus leaves in the morning, BOS standing for Bums On Seats. After reading this, these “Lady’s” just might refer to me as POS Bob. 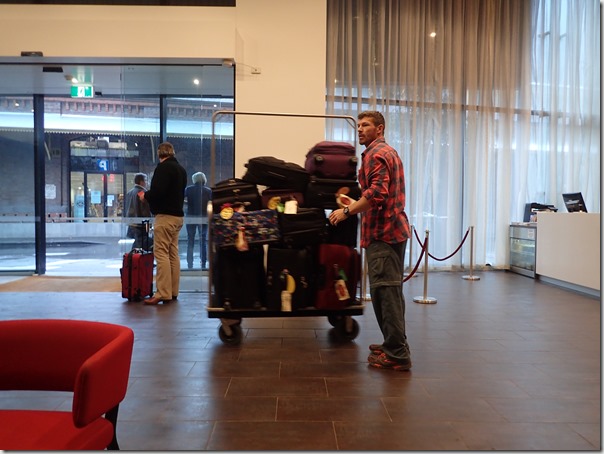 The paperwork we received before the tour said to keep the weight of you luggage under 15 pounds, which was not much of a  problem for us as that is close to what we normally pack for a three overseas trip. But looking at this stack I think some of the folks thought it said 15 tons. 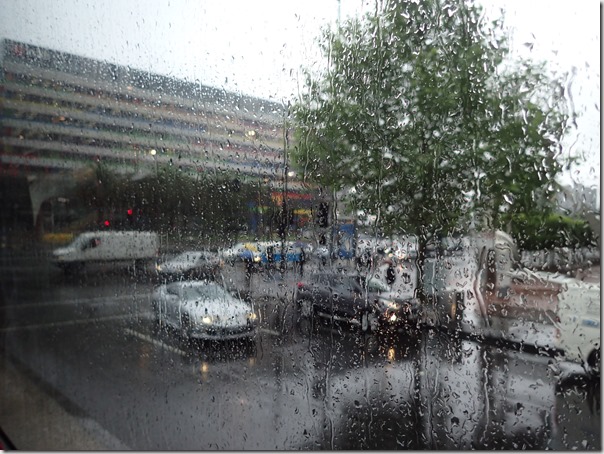 We couldn’t have picked a better time to leave Melbourne, as the rain was coming down by the bucket full.

As you can see, our technique at matching our hand actions with the words of the Home Among the Gum Trees song could use a lot more practice. 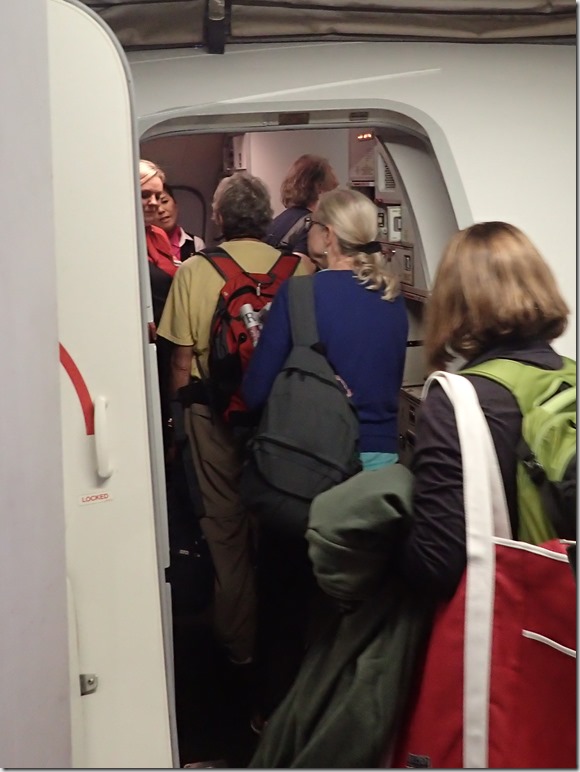 Can you believe it! I ended up sitting in the seat right beside the awesome looking blonde with the pony tail. Of course, me being the sucker for a great looking woman that I am, when she asked if I would change seats with her, me sitting in her center seat while she sat in my aisle seat, I said yes. Then she proceeded to spend the entire flight with her head buried in a newspaper, leaving me no time to flirt with her.  Unlucky Bob. 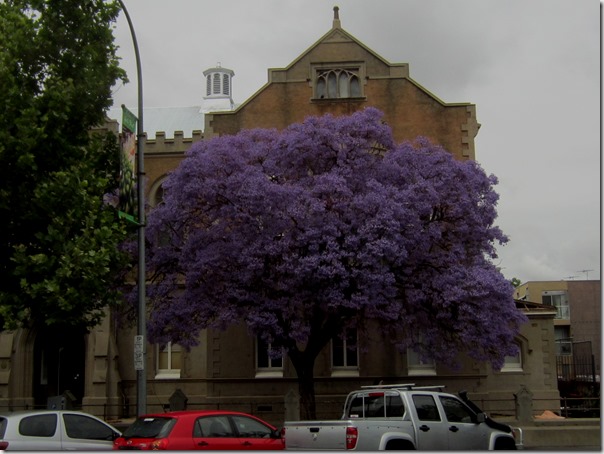 Our first time seeing Jacaranda trees. Suffice it to say that anyone reading this should thank me for not posting the dozen or so Jacaranda Tree photos I downloaded from you know who’s camera. Wonderful Bob. 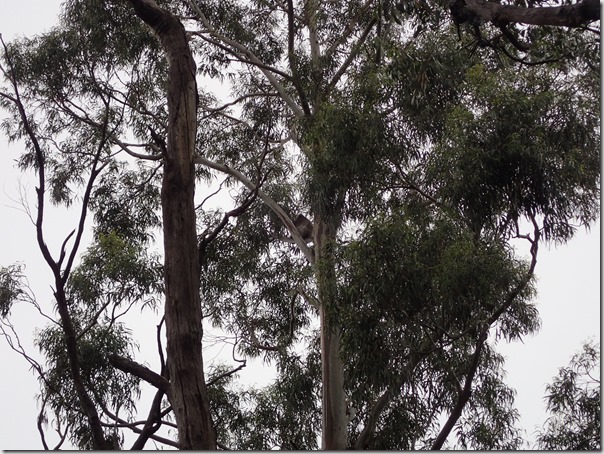 That’s just about the size he was, perched far above our heads. and don’t worry about the small size, there are plenty more photos coming. Super Snapper Linda. 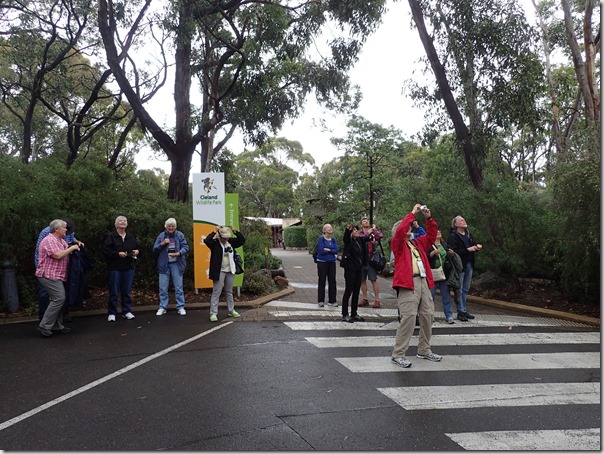 We were at Cleland Wildlife Park near Adelaide, and even before we had left the parking lot koala sightings were being made. 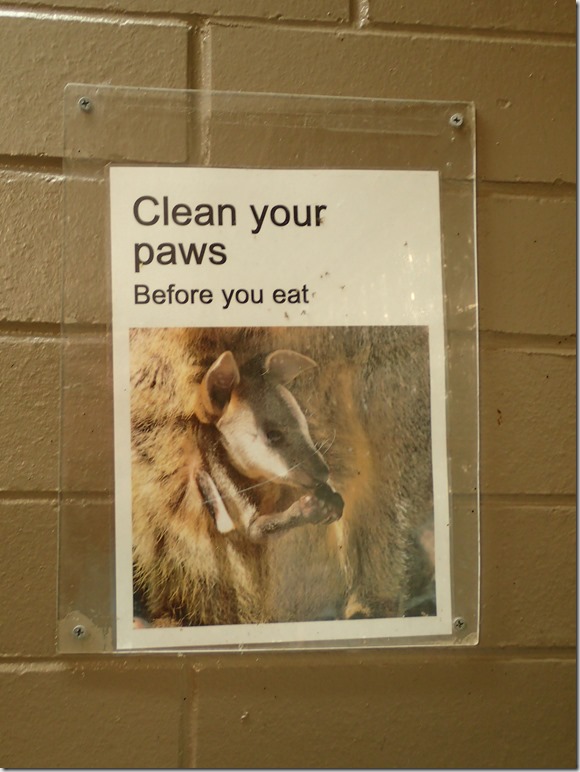 Sign in the men’s restroom. It’s a joey in its mothers pouch, and reason for the sign is that this is another of those parks where, not only can you touch the wildlife, you are encouraged to do so. I can report all the wildlife still have fur on them though Linda does have a sore arm. 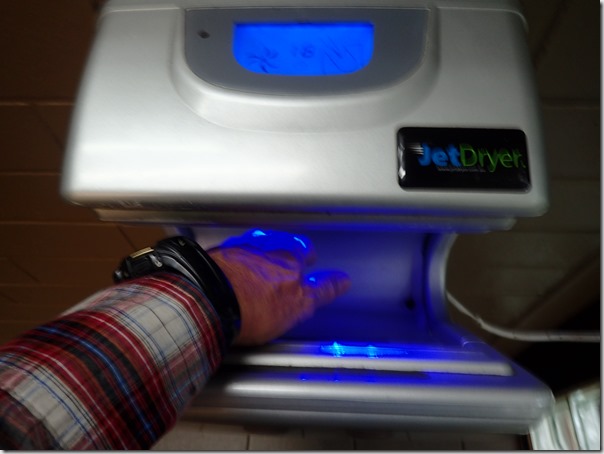 Photo shown for the sole purpose of proving I did wash my hands before eating. Clean Bob. 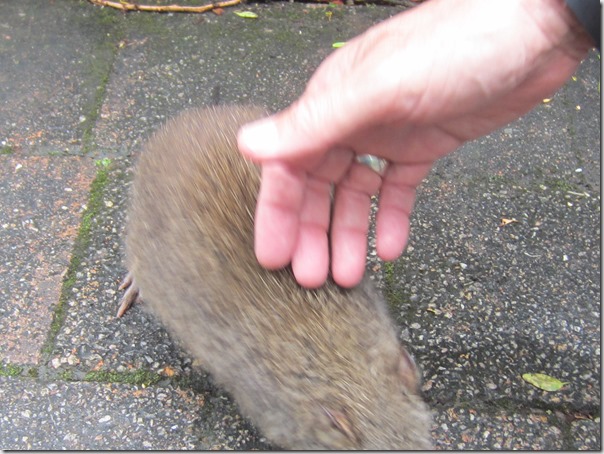 Done eating, it was okay to touch the animals. 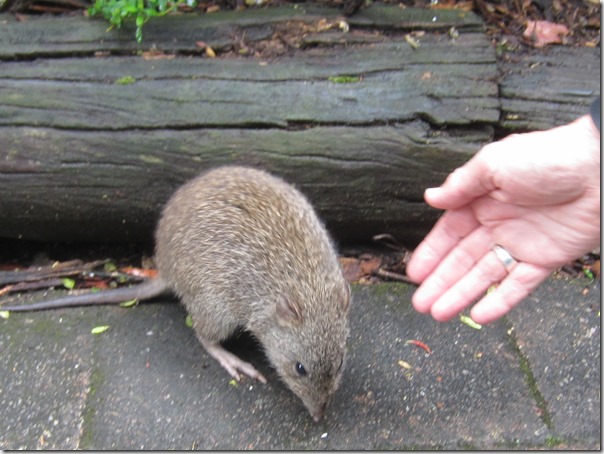 It’s difficult to put into words just exactly what it is that makes Australia such a special place, but sometimes words aren’t really necessary.

Luckily it was too big to fit into Linda’s daypack. 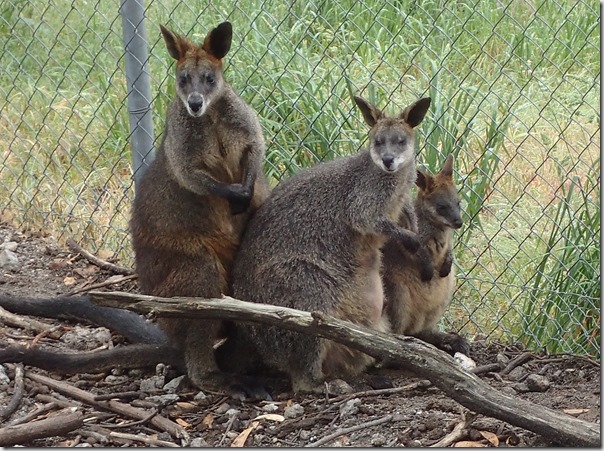 He’s learning to eat grass, but there’s milk to be had in mama’s pouch. We really enjoyed watching his antics, and one time he got so excited hopping around he almost lost his balance which gave us a good laugh. 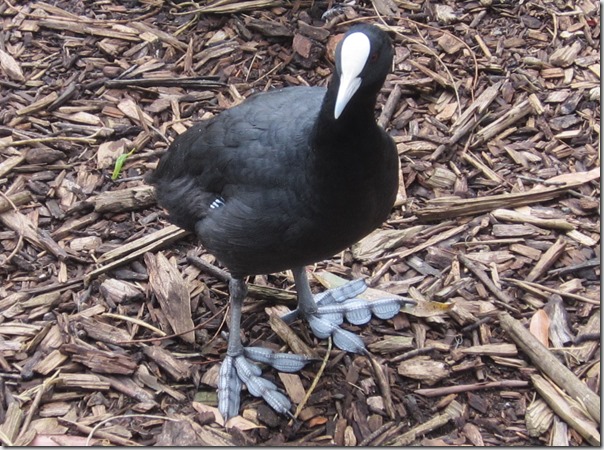 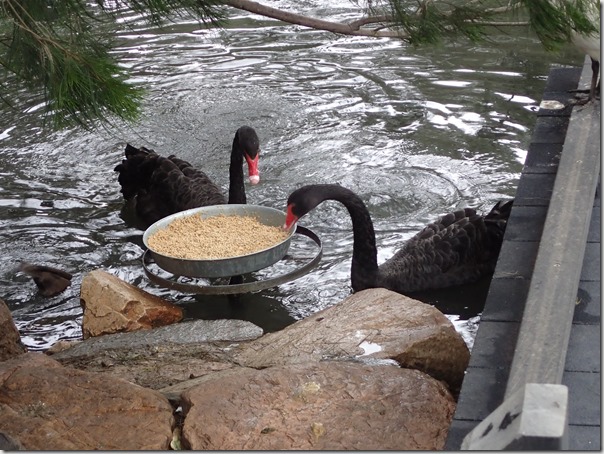 Proving that koalas do move. 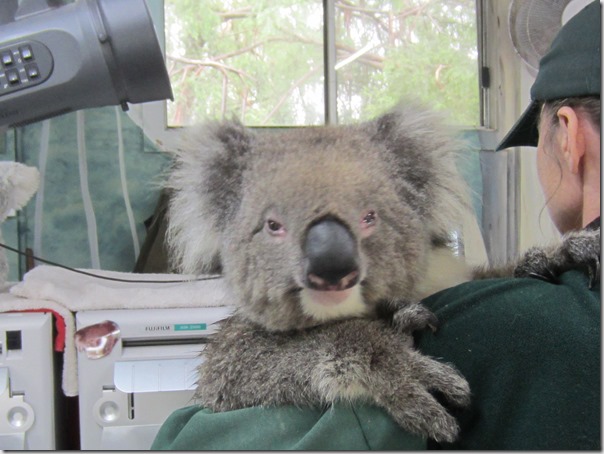 “I want my photo taken, will you hold me?” 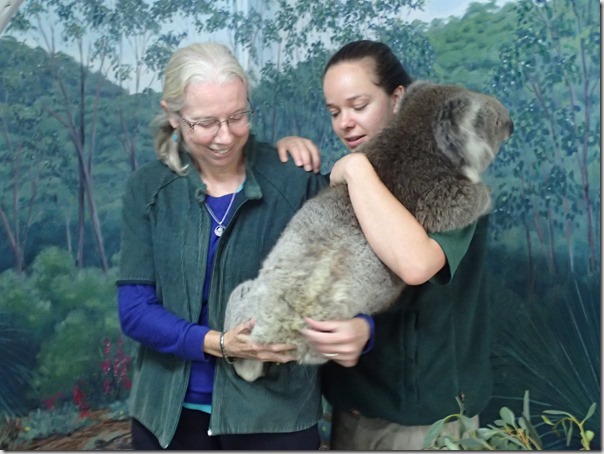 Here’s someone who will hold you. 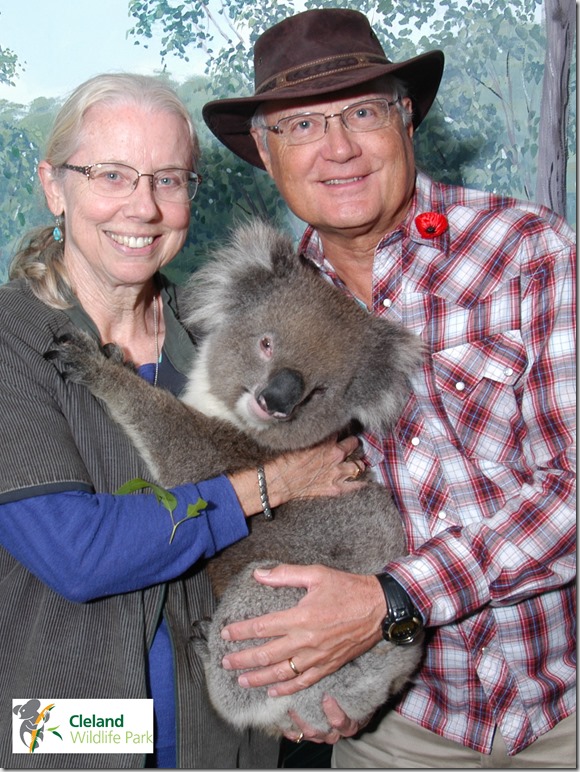 Email ThisBlogThis!Share to TwitterShare to FacebookShare to Pinterest
Labels: Adelaide