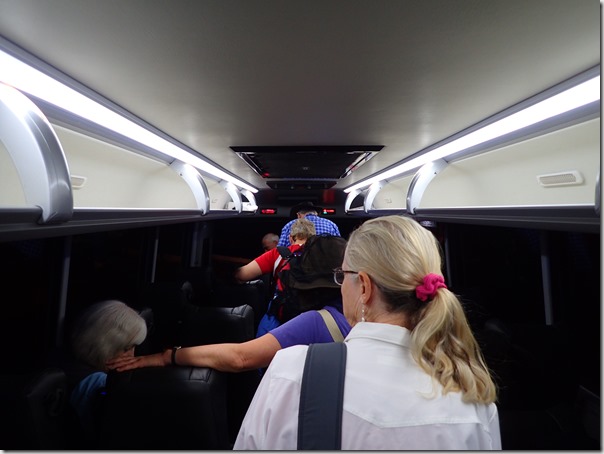 We boarded the bus at 4:55 for the drive out to the Uluru sunrise viewing area. It was an optional event, but we do every option they offer. Why come half way around the world and sleep in when you can be up and seeing something. 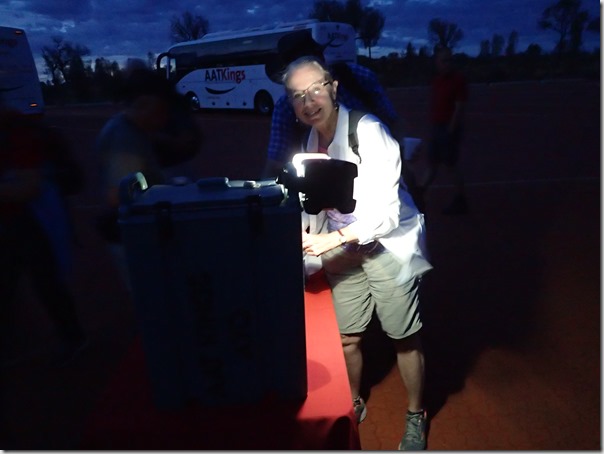 Hot drinks and biscuits (cookies) to start the day, with Ms. Gottahave Morning Coffee at the head of the line. 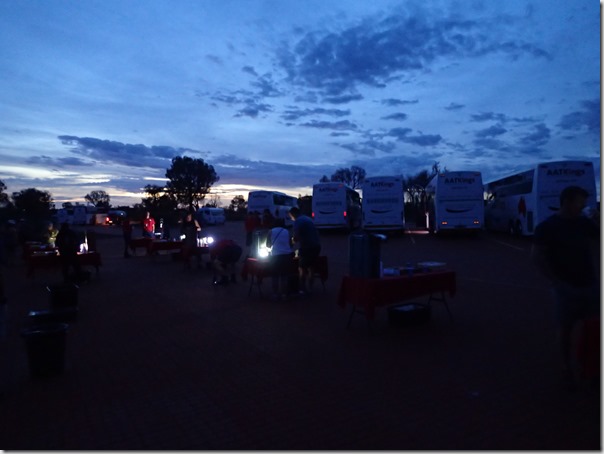 Every tour bus had it’s own table, the crowd was a small fraction of the one at sunset. 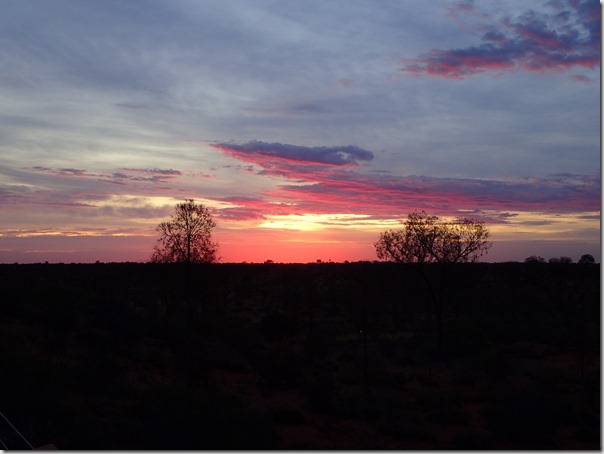 What a spectacular display of color. Unfortunately there were two problems. The first was Uluru was in the opposite direction. The second was there was color in the sky but that was all. 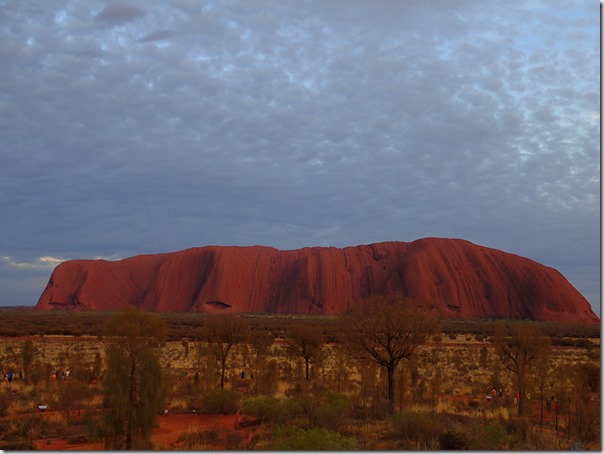 Sunrise at Uluru when the sun doesn’t appear. 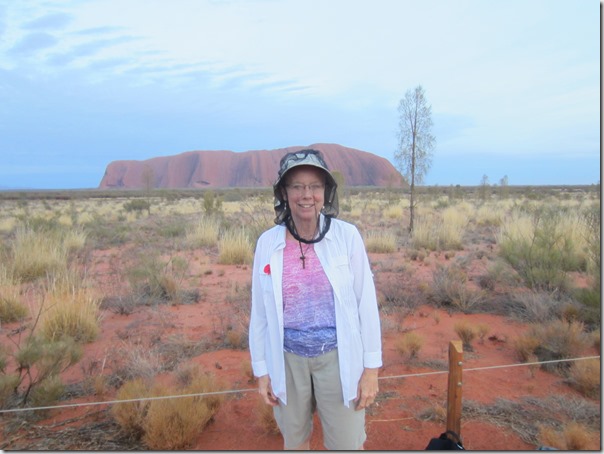 If Uluru is going to look pretty, I’ll just have to find beauty elsewhere. 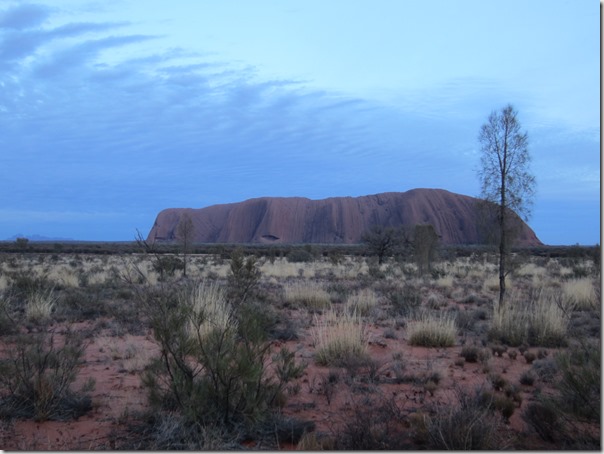 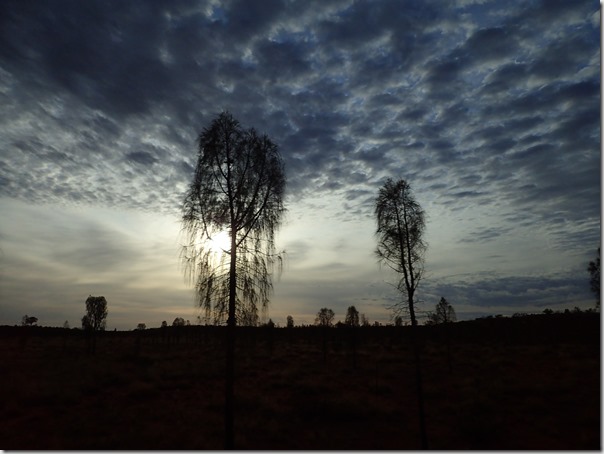 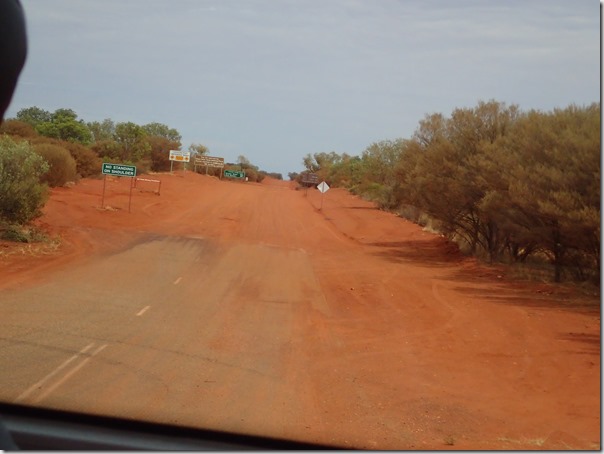 Pavement ending in a dirt road. From where the pavement ends it is due west 700 miles before the dirt road once again has a paved portion. 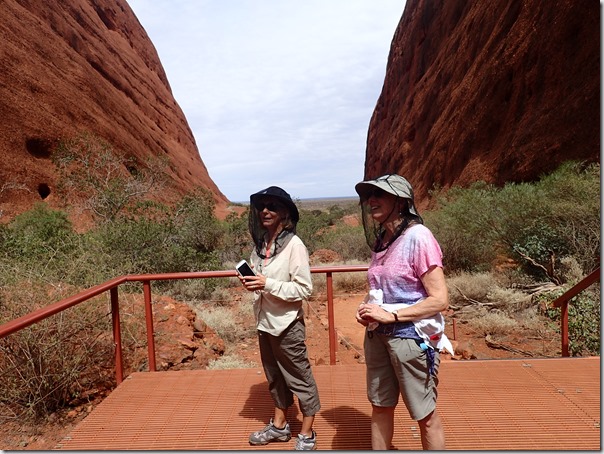 They may not look the most fashionable but these two young women will tell you those nets keep the flying protein snacks to a minimum.

Linda wanted me to demonstrate how to drink water when wearing a fly net. 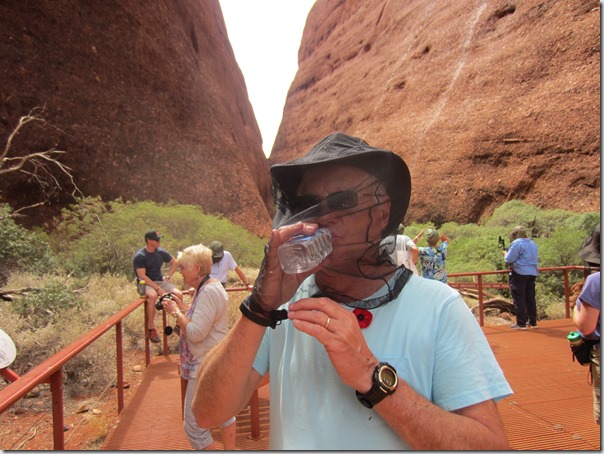 Demonstrating how not to take a drink when wearing a fly net. 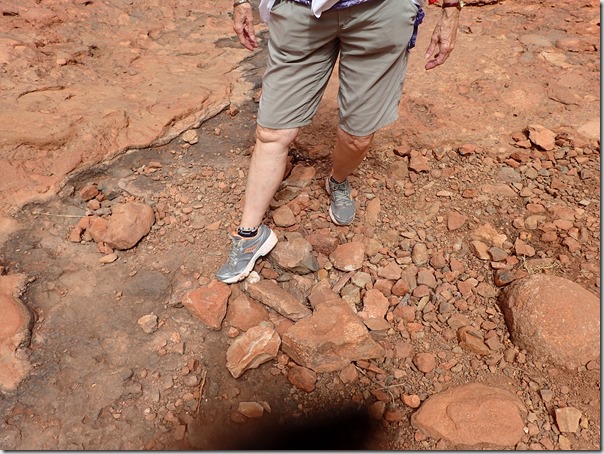 Don’t worry about the black area at the bottom of the photo, it was a fly crawling across the camera lens. The photo is Linda reenacting the curious incident with the rock. As we were walking along, Linda gave a sudden sideways motion and I reached out to keep her from falling, but she regained her balance before needing my assistance.

I asked her if she had stumbled and she no. I commented it sure looked like she had stumbled and she replied thus: as I put my foot down a rock suddenly moved laterally, causing me to need to quickly reposition my right foot which I did by shifting my weight to the opposite foot which caused my body to suddenly lurch to the left towards you. Deftly sliding my right foot off the rock and to the right I was able to readjust my position righting my self and continuing forward without incident.

Talk about out of the mouth of babes. Incredulous Bob. 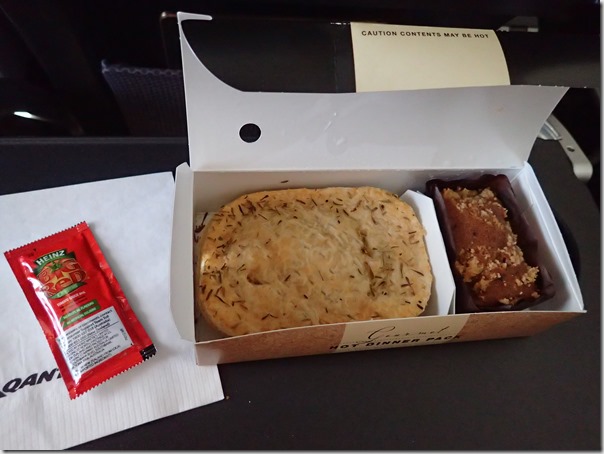 Meat pie snack on the Qantas flight to Port Douglas. 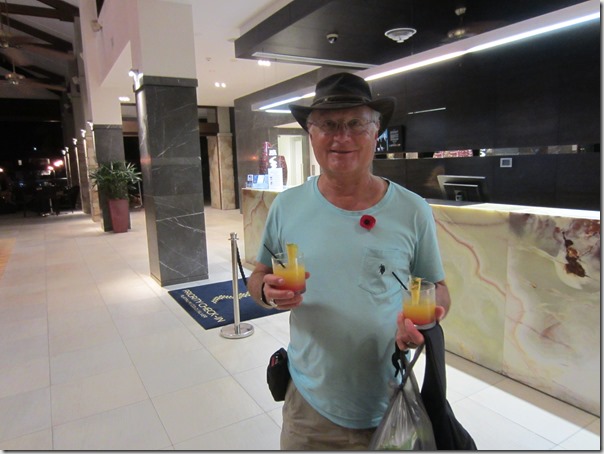 It was a long day, but the welcoming drinks when we arrived at resort in Port Douglas were most welcome. It doesn’t show in the photo but the reception area of the hotel doesn’t have any doors, which makes us think the weather must be be pretty awesome all year around.
Posted by Bob and Linda at 11:26 PM