Seeing the sights of Concordia 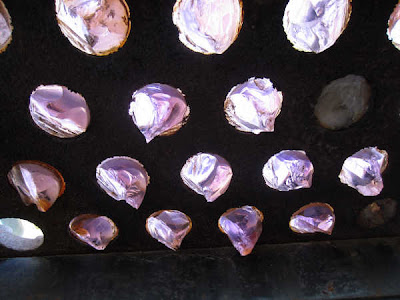 Concordia, Kansas,is not too far south of the Nebraska border. The heart of what the MSM call the flyover country. This is the real America, not the worthless pieces of S&%#t that inhabit the East and West Coast of what was once a great country. We spy a beautiful building, though now it is merely a shadow of what it once was. Glass pieces in the iron grates along the sidewalk. What beauty, what history. 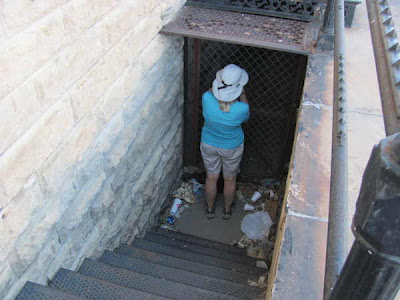 Imagine my surprise when I noted the beautiful purple glass pieces set into the cast iron covers along the sidewalk on the side of this strikingly awesome building. I noted the sparkling purple, but I also saw a poor street person down in one of the passageways. She stood among the trash that littered the passage. What horrors had she faced in her difficult life? How long would she survive under these intolerable conditions. Wait!! That is not a destitute street person. That is my wife!! How lucky I am, that where others only see trash, my wonderful wife sees jewels. 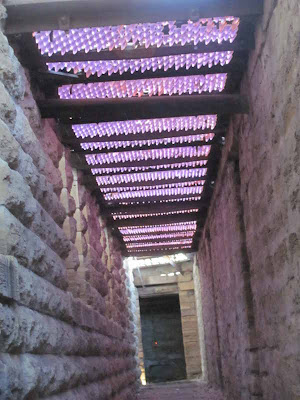 How could anyone not see the beauty in what she was looking at? This is what we do. This is what we see. Others see a town past its prime and hurry down the road, never stopping. We see an awesome sight, and wonder how many more wonderful things there are in this small Kansas town. Life is what we make it. Unfortunately far too many people make nothing of their life and wonder what others find that is so wonderful. 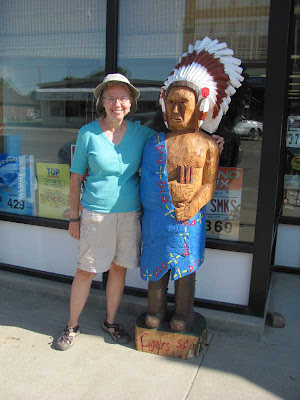 A Concordia street scene. A beautiful young woman beside an actual cigar store Indian. He was standing guard in front of the Downtown Smoke Shop. She was enjoying something very special. When was the last time you looked at something and saw more that what was there? 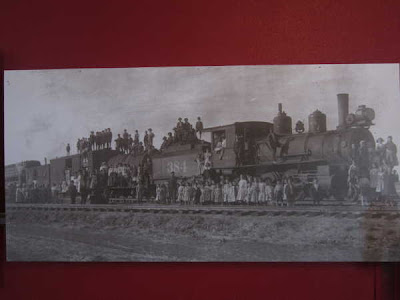 Orphan Trains. Google it if you have never heard about it. Not something that is in the history books, but something that makes america, America. People caring about those less fortunate than themselves. A chance for a new Life. Not perfect, but better than the alternative. Linda once worked for a man who said one of his ancestors had been put on a train with his name pinned on him. The result was a new home and good Life. No such story in our family, but what about yours? 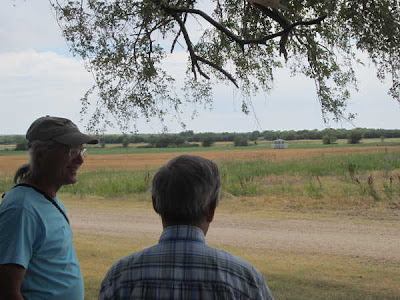 Fast forward some 80 years to the same small Kansas town of Concordia. World War II rages, German soldiers are captured, a POW camp springs up on the Kansas countryside a few miles north of that same small town. In Russia the Nazi's shoot the Russian soldiers they capture. In Russia the Russians shoot the the German soldiers they capture. In northern Kansas thousands of German prisoners work for American farmers, earning money for each day's labor.

Each of us has to decide what is important. Is it the health problem we face? Is it the lack of resources to do what we want? Is it something that happened many years ago to someone we know nothing about? I don't know, but here is a link that should cause you to think about what once was, but may not be known. POW Camp

Three hours with Paul Rimovsky, and the thousands of German officers who were imprisoned at the Concordia Camp were real live people. If ever get to Concordia, contact Paul and have him give you a tour of the POW camp. No charge, but when you are done, your going to give him a sizable donation for the preservation of the camp. We came to Concordia on a whim. We know we will be back some day. We are so very glad we don't plan where we are going, but let Sara N. Dippity lead us, otherwise we never would have visited Concordia, and our Life would have been less for missing it. Much of our upcoming three months in Europe this fall will be letting Sara N. Dippity guide us. What adventures await us? We don't know, but we can't wait to experience it. Two months and 2 days until we are crossing the Atlantic. Yes, what an adventure await us. What adventure awaits YOU?