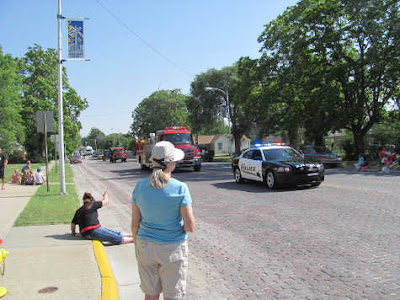 At ten o'clock this morning the streets were lined with kids watching the Riverfest parade, and the coach's kid was right out there among them. Deprived of parade watching due to a country upbringing, she as more than made up for during our 45 years together. She was definitely on her best behavior and didn't dart out in front of the little girl sitting on the nearby curb with her mother. I could just imagine what was going through Linda's mind as all the candy was thrown just a few feet away and she resisted the temptation to jump out and pick it up. 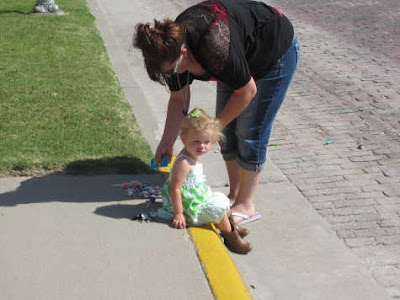 I think this is called watching so the mean old lady that keeps looking at my pile of candy doesn't come over and steal it while my mommy picks it up. Well not really, but that look does suggest she might have some second thoughts about exactly what Linda's intentions were. 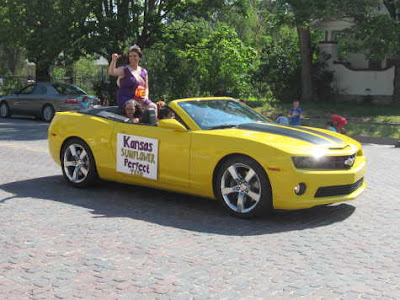 Fire trucks, race cars, politicians, horses and even a queen. It just doesn't get better than this. As we learned, out here it is God, country, agriculture, gas and oil, and the heck with those politicians back in the big cities of eastern Kansas. We may not all agree on how things should be run, but we all believe there is no other country like ours, for better or for worse. Though extensive travel outside the US can cause one to wonder at times. 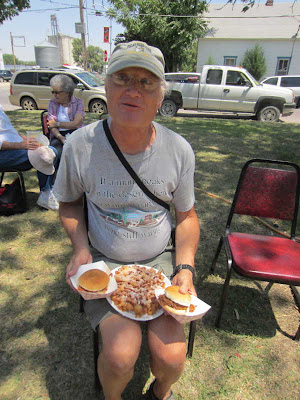 Later we headed down to the town park where the Riverfest was being held, and where Linda enjoyed the pork and I devoured the beef barbecue plus a wonderful funnel cake. It was hard deciding which booth to buy from, but we finally decided to support the kids and buy from the St. Mary's CYO booth. And in case you are wondering, I don't have a clue what was on my mind when Linda took this photo. 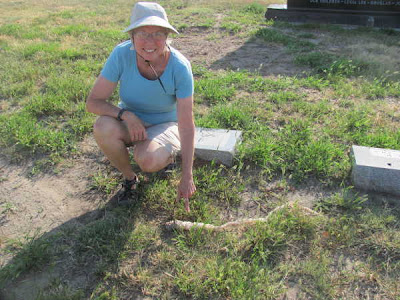 No visit to a town is complete for us unless we visit the local cemetery. We drove into the cemetery to sound of the carillon bells, then got to see some indications of a previous visitor to the cemetery. As Linda said, that was a very big snake, and we were glad it wasn't around. 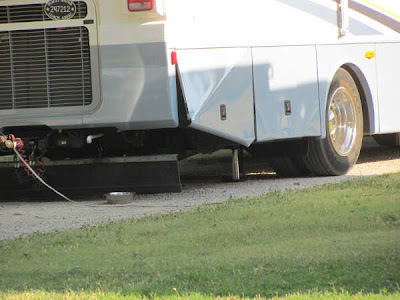 There was also some excitement in the park as we watched a couple of RV's come and circle round and round as they tried to find the right site. Since there were only three sites available, it should have been a lot easier than they made it. One of the RV's had its jacks partly down and we decided the driver of the other one didn't have much a clue as to how to drive it. When the later RV drove over a stump and bent one the bay doors we knew we had them pegged. I have to believe that when they bought it she said something about it being awfully big, and he said something about it wouldn't be a problem. RVing, if you don't have a story to tell, you haven't taken the RV out yet.