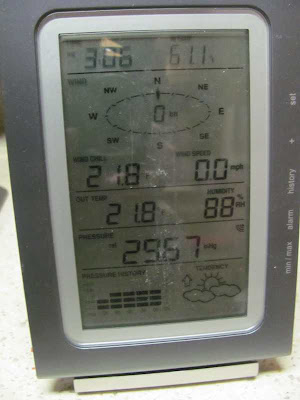 Darn, I don't like these clocks going back an hour here, and an hour there. Like in a daylight Savings Time change here, and a time zone change there. Unfortunately, or possibly fortunately, this morning there was something to interfere with my early morning escapades. Note the temperature in the above photo. What in the world are we doing in a place where the thermometer almost dips into the teens?

We know the coach really does not like low temperatures and it has many ways of displaying its displeasure. The jacks down alarm sounds as we drive off, the ABS light comes on, the Alt Charge light and warning sound, for example. This morning I first noticed the system heat, the heater that is supposed to keep the wet bay above freezing, wasn't working. Then it happened, I opened the refrigerator door and and our Norcold was once again Notcold.

Notcold that is in the sense of the green light being out, and in not currently operating. Today's early morning hours were spent looking at websites and trying to figure out what might be wrong. When Linda finally lumbered out of bed, I broke the news. She was a peach, not getting excited as I outlined what I thought we should do. Later, after doing some more checking online, mostly to confirm where we could get a Dometic portable freezer, I looked at the frig and the green light was on indicating it was operating. Also by this time it had warmed up outside, which leads me to think that our frig simply doesn't like cold weather. Who knows, but for now we shall hang our hat on that slender thread. 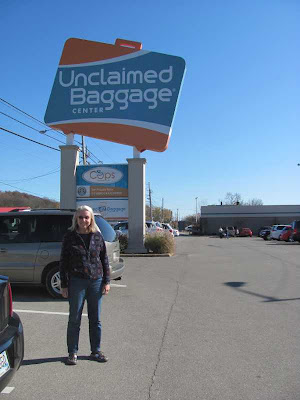 With the Notcold Norcold Nowcold, we adopted the philosophy of, what's done is done, and forgetting about out Nowcold Notcold, we headed out on our planned trip for the day, hoping that our Isnowcold, Willbecold when we returned in the late afternoon. Then it was off to Scottsboro, to the world famous Unclaimed Baggage Center. It is some 40,000 sq ft of the best in what people lose, and if you can imagine taking it on a trip, it is likely here. 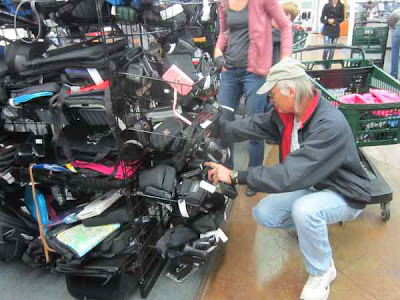 While you may think that it may resemble an oversized Goodwill Store, or other such establishment, it is anything but. The quality of the merchandise is way beyond what is available at those type of stores. Right off I found a perfect case for my camera, and a Lowepro case at that. Meaning I'd already paid for the gas to drive over here and we hadn't hardly started. 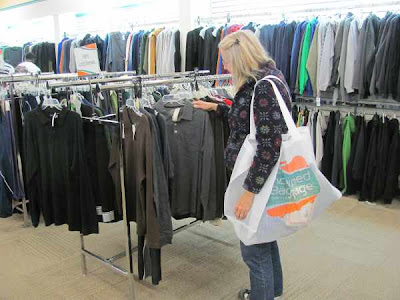 I couldn't be faulted for getting a little excited about this place, but I paled in comparison to some the more serious shoppers. Look at this beautiful young girl. She how she is armed with the latest in the over the shoulder treasure bag. Her posture is set in the way only a serious can show. Swiftly she riffles through the various racks of clothing, finding just the perfect article. I thought her a $100 rain parka with breathable fabric that she got for $25 was a great example of her shopping ability. In the end we spent some three hours in the Center, and could likely do the same, sometime next week and end up finding all kinds of new bargains. The unclaimed Baggage Center, a must stop along the roads of Life. 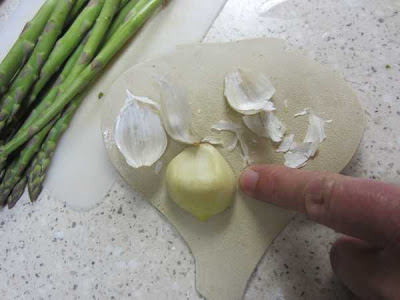 Did we experience many other things today? You bet, but time does not allow those tales to be told. Of course you can always check on what Linda has written and see if she has decided to brag about herself, I mean talk about them. As for me, let we say that the garlic clove that I used in tonight's dinner had to be the biggest one I have ever seen in my brief Life.

So many things happening. So many chances to enjoy Life. Life is good and getting better. But let me ask you a question, "Just exactly what did you do today?" As for us, our day went from sucks big time to way beyond super. Or put another way, it was just a typical day in the Life of a fulltimer.
Posted by Bob and Linda at 10:09 PM