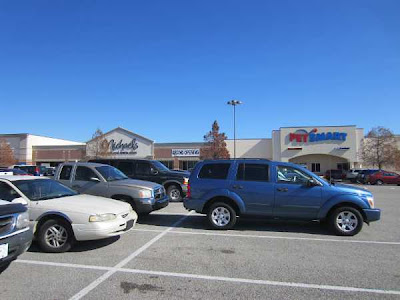 I could say that Linda's loud snoring awakened me at 5 AM, but that would not be true. I could say that all the scratching, yawning and itching she did when she first appeared this morning distracted me, but that would not be true. What would be true is that we are located in the perfect place to do a lot of shopping and our credit card bill is going to show that we did that in spades. But more on that later. The first stop was Walmart where we stumbled upon exactly what Linda was looking to buy for our grandson, then proceeded to buy several other things that were not on the list, an activity we continued to perfect as the day progressed. 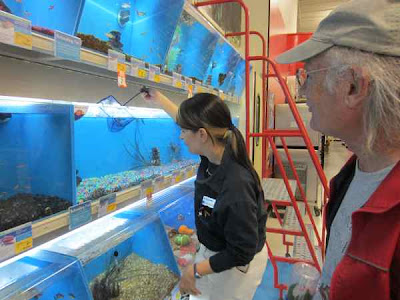 I won't go into the lengthy search at Michael's for "stretchy" ribbon or small suction cups. The latter had something to do with the gold star Christmas decorations we saw suction cupped to the front window of the coach next to us at Summerdale. Suffice it to say that we will soon be sporting a dozen and a half of them from our coach windows. I did figure out that if something ever happened to Linda and I needed to find a place to meet women, Michael's would be the place. There were more women in that store than I could count, and they all appeared to be pretty good in the domesticity department based on what they were buying. The things we men can learn when we follow our wives into some stores.

Oh yes, I'd better mention what the above photo was about, and it wasn't about me and a younger woman. It was an attempt to improve Red Rob's life, something we succeeded in doing. His aquarium now sports an additional live plant and three very tiny ghost shrimp. He's very happy, the ghost shrimp have settled in, and if Rob acts like he has to this point, the shrimp are not going to be a meal for Rob, cute little fellows that they are. At least fellows are what we think they are, unless a passel of little ghost shrimp happen to show up. 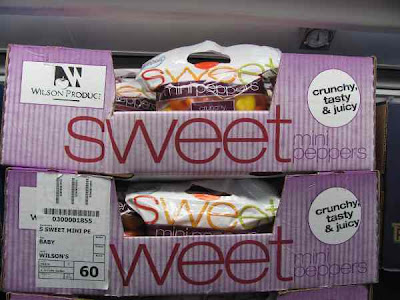 There were other stops, but the last one was at Sam's Club where we indulged ourselves in some favorite things. It wasn't raindrops on roses and whiskers on kittens, but rather sweet peppers and portabella's, pork back ribs and bags of almonds. All of which are most definitely a few of our favorite things. 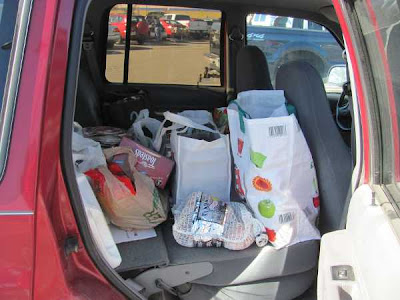 We may not have cleaned out the store, and the partially full cart that didn't even fill the back of the Explorer confirmed it. So just why was our bill over $400? Linda checked it over as we were walking out the store and pronounced it correct. The verdict? When you buy a hundred dollars worth of nuts and a hundred dollars worth of cheese, it doesn't take much more to boost the total right up there in the stratosphere. At least we are most definitely going to eating pretty good for the next couple of months. And isn't that one of the more important things in Life?

Email ThisBlogThis!Share to TwitterShare to FacebookShare to Pinterest
Labels: Mississippi