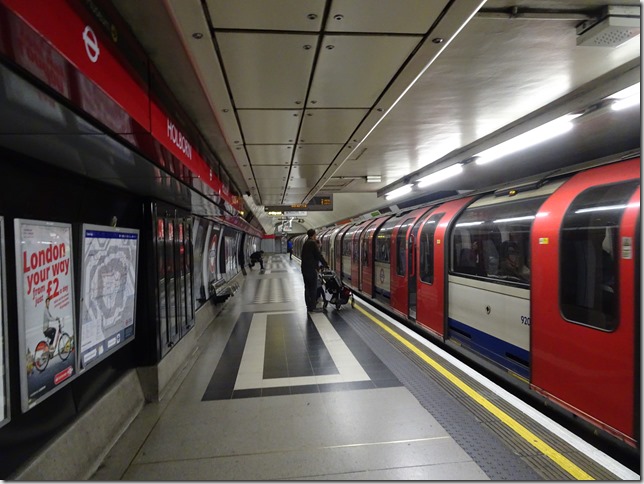 What a difference a few hours makes. Last night the sidewalks and stations were crowed, this morning we had them virtually to ourselves. 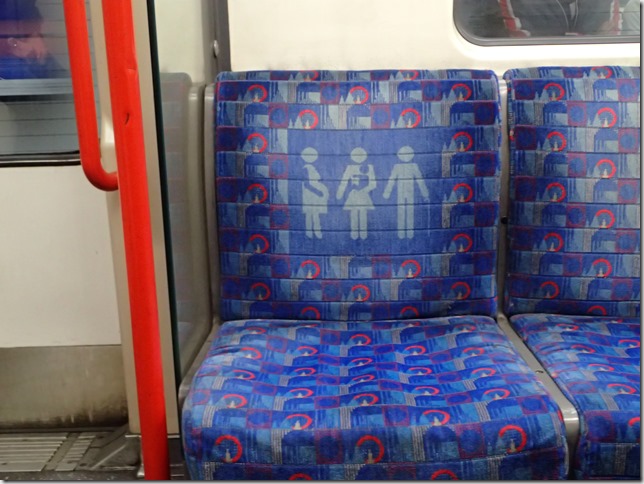 I think Linda took this photo just to show that her husband doesn’t fit any of these categories. That and to show how empty the cars were. Except for the trips to and from Heathrow, I very seldom ever sit, it’s easier to hang out near the door standing so Linda can see me signal when it is time to get off. Like she says, why should she worry how to get to where we are going when she’s got me. Sometimes I fear she has a misplaced sense of trust. Blurry Bob. 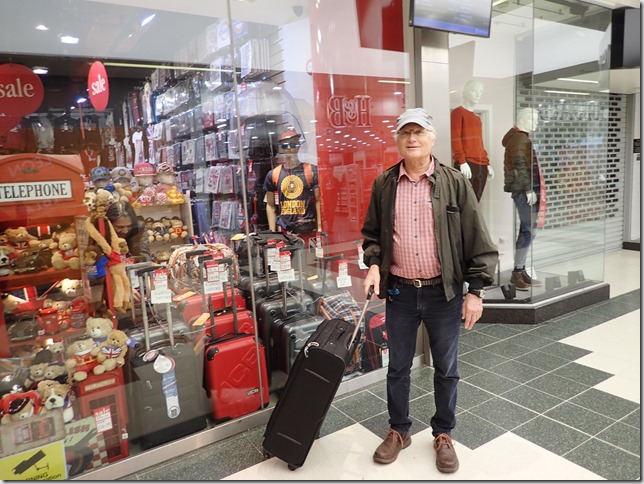 The Not Your Normal Day part of today. We took the underground over to Victoria train station for a reason. We had decided that with all the traveling we were going to be doing, those blankety blank OAT duffle bags just weren’t going to cut it. Yesterday when we came this way to buy our bus tickets we passed a store with some luggage, inexpensive luggage I might add, in the window.
What you see is one of those bags. We always say if we don’t have it we will buy it over there, and since we didn’t have it, we bought it. We knew the size we needed and this one was just right. But just to be on the safe side, and since there were absolutely no returns at this store, we bought just one, then went back to hotel to make sure everything would fit. It’s just a short trip from the hotel to here, so no big deal. 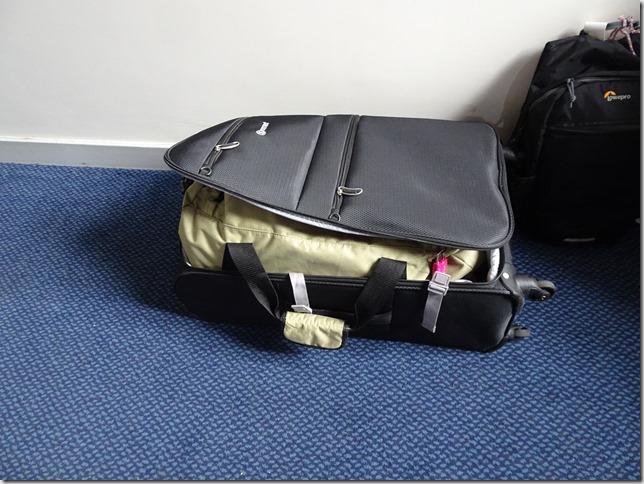 Everything fit, so it was back to the store, where we bought another one. Based on the construction, the year guarantee doesn’t mean much. Hopefully they last at least until we leave for Africa in November. If not duct tape is sold all over the world. Some time the best laid plains go…. 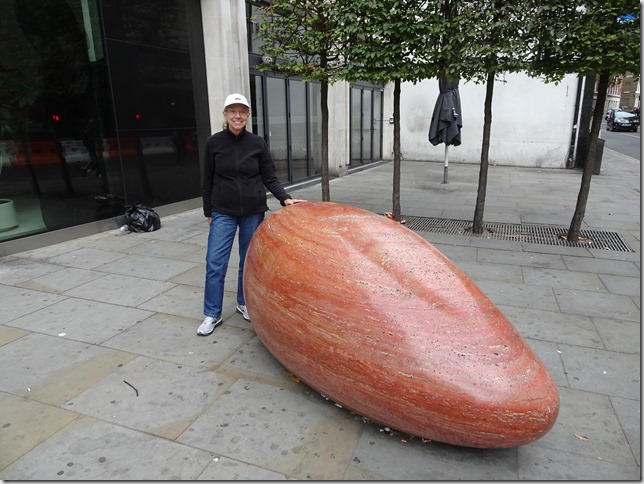 Linda loves pretty rocks. Bob carries the pretty rocks Linda finds. Bob told Linda he wasn’t carrying this one. Linda said she would look for one like it in the Valley when we get back home. Bob said in your dreams. Linda said, If I find it, you will carry it. Bob just sighed. 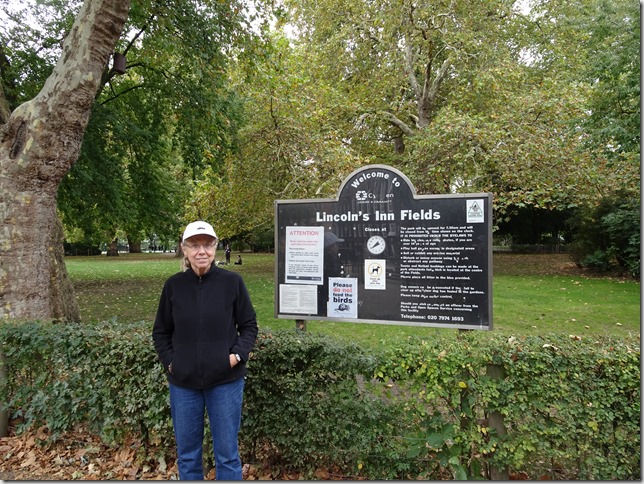 I’ve mentioned before about us watching Time Team on You Tube. Well, just a couple of blocks from our hotel is one of the sites where they conducted a dig. 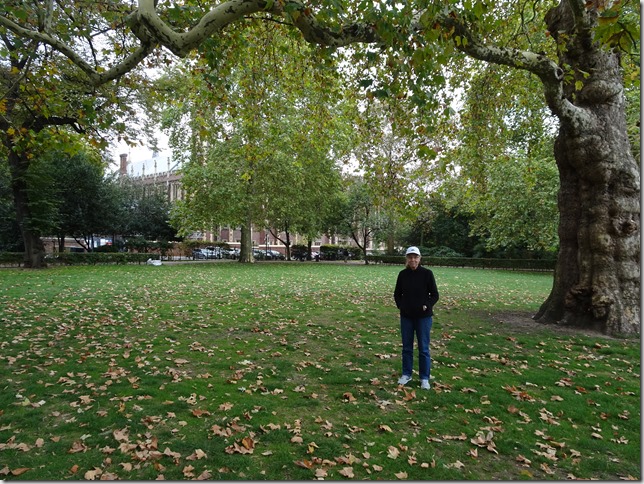 This photo and the next are special for Dianne, who’s also a Time Team fanatic. Somewhere in this area was where they dug.. 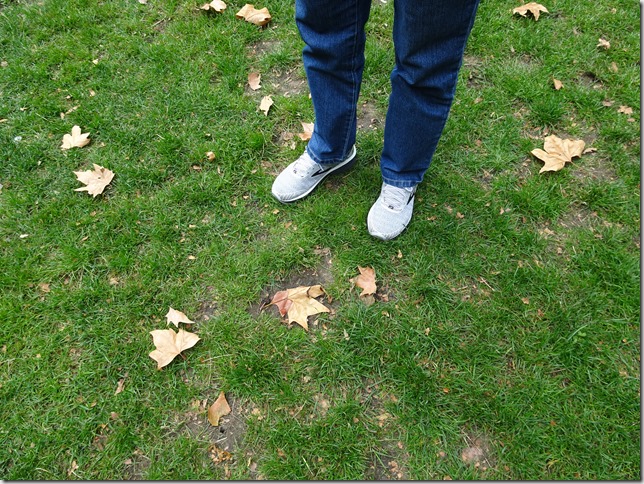 There’s no way to tell exactly where they dug the trench, but this is what the ground looks like. As you can imagine, Linda was one happy camper. 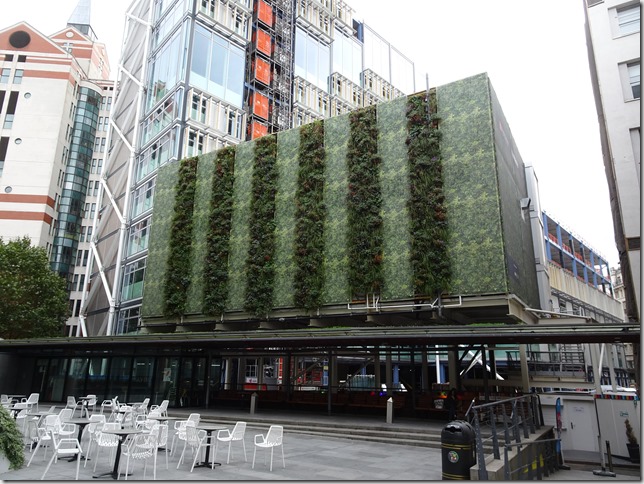 Live plants growing on the outside of this structure. 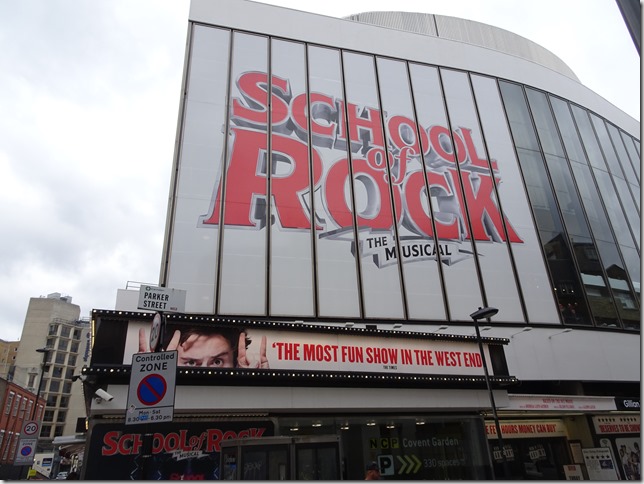 Look what is playing a half block from our hotel. 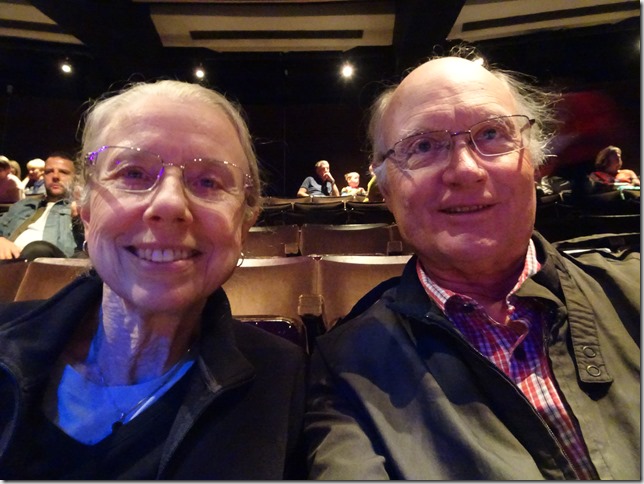 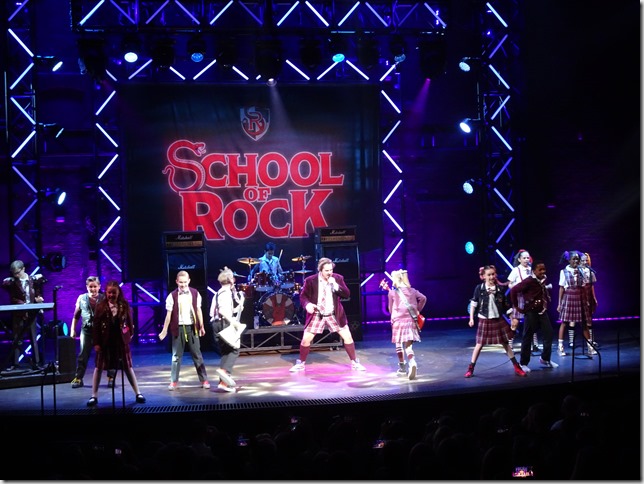 Awesome musical. If you get the chance to see somewhere sometime go. Based on the movie, Andrew Lloyd Weber wrote the score.Awesome experience. We were glad we didn’t see an evening performance, we wouldn’t have been able to get to sleep after wards, we were so pumped. I’m sure the movie was very good, but nothing beats live. 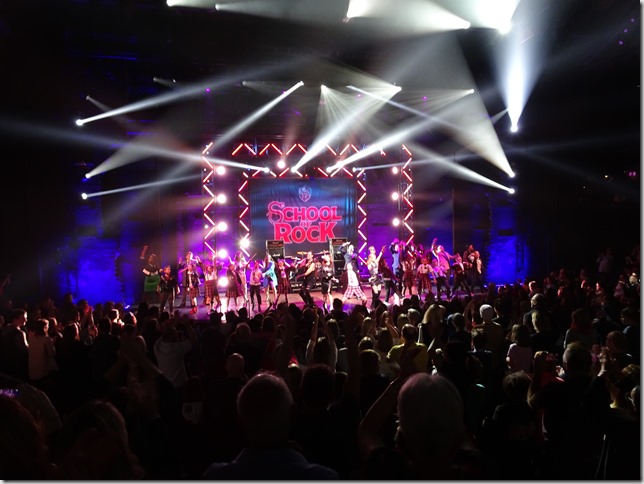 We decided the actor who played the lead role had to be completely exhausted after the performance.


Video taken after the performance when the star invited the audience to take photos. It give a tiny idea of the energy we felt. As I said at the very being, Not a Normal day, but what a day it was. 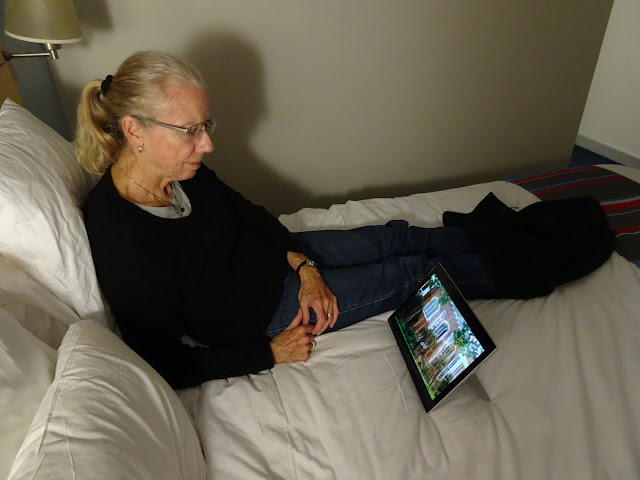 And the last thing we did today. We watched the Time Team video on Lincolns Inn Fields And if we had been on the top floor of the hotel and facing in the right direction, we could have seen Lincolns Inn Fields. Two people enjoying Life to its fullest..
Posted by Bob and Linda at 2:37 AM