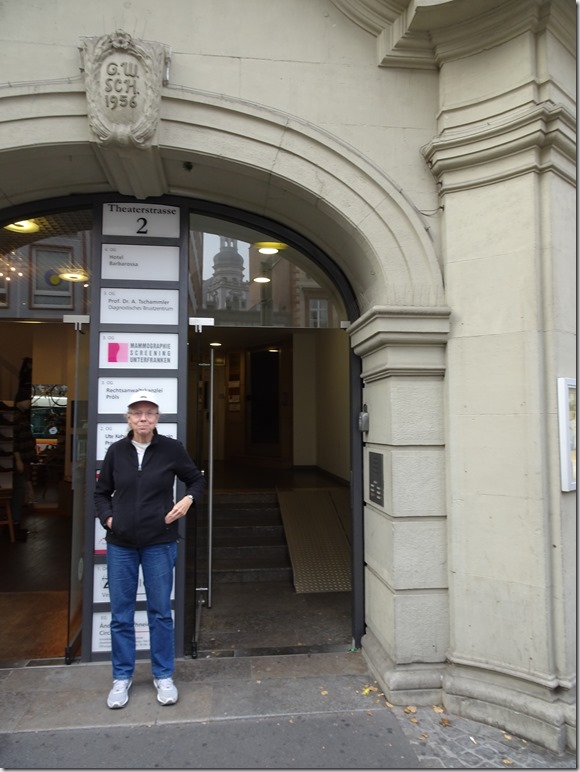 The entrance to our hotel. The first time we were in Wurzburg it took a little searching to find it. Next comes figuring out how to use the elevator, something Linda has down pat. I ride up with her, but walk down.  Sometimes the fact the 4th floor in Europe is the 5th floor in the US escapes, but I usually I beat her down. 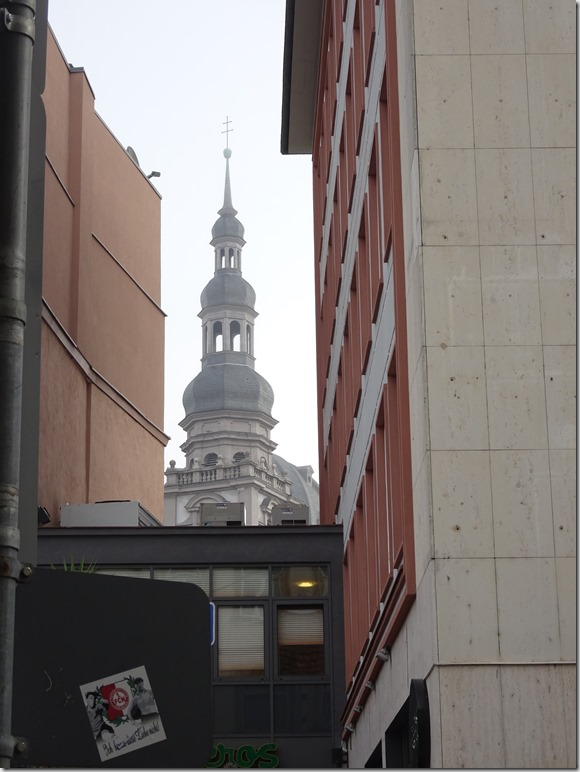 Part of the view Linda had from where she was standing. 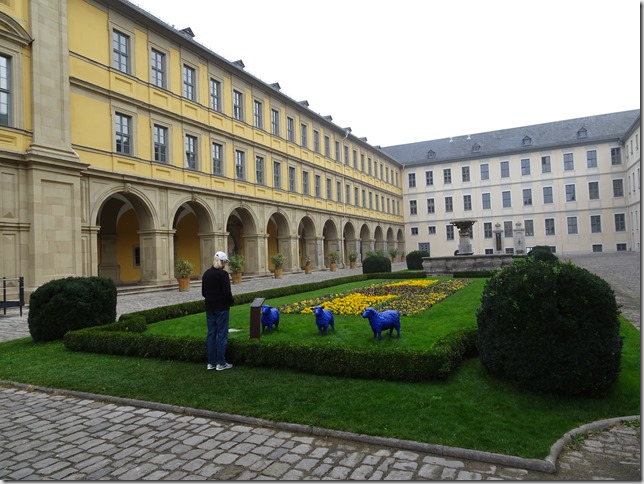 When you wander, which was what we were doing today, you never know what you will find. How about blue sheep? 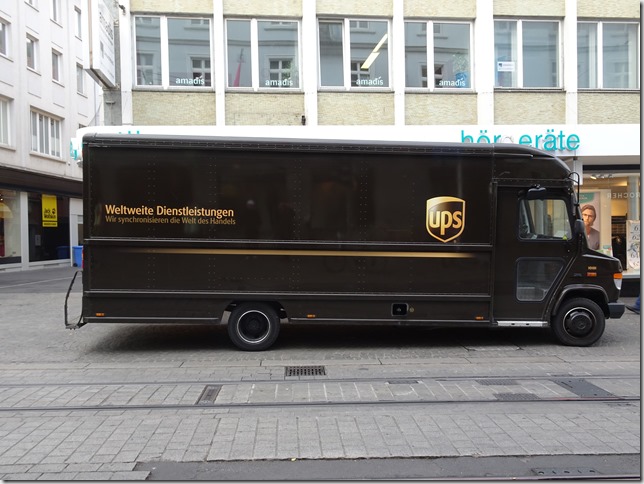 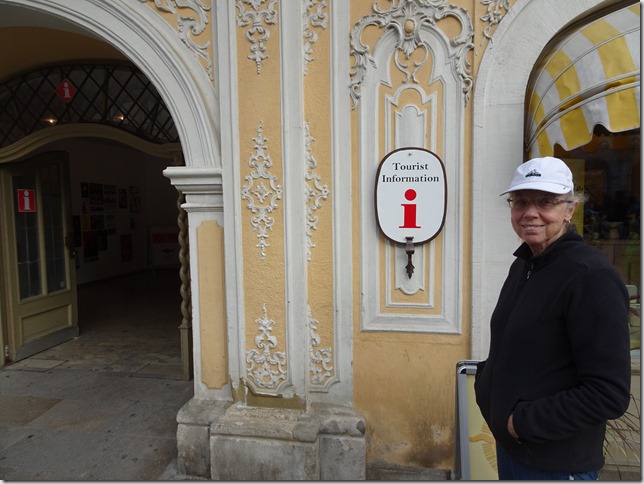 Our niece had told us about seeing a grave with a metal cage over it when she was stationed her years ago. We looked and looked, even asked at the TI, but no luck. Still, we had a great time looking. It really is a great way to go to where the tourists don’t. 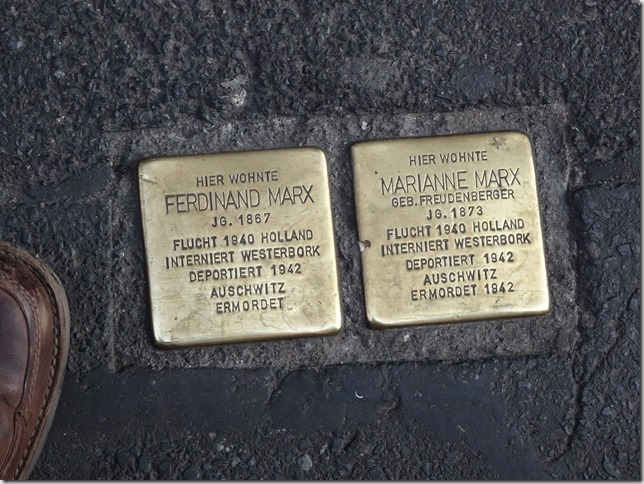 Stolperstein (stumble stone), one of a number we saw during the day. Ferdinand and Marianne Marx lived at this location prior to 1940 when they fled to Holland. Later they were both murdered at Auschwitz. Hitler wanted to make Germany great again. Look at the result. 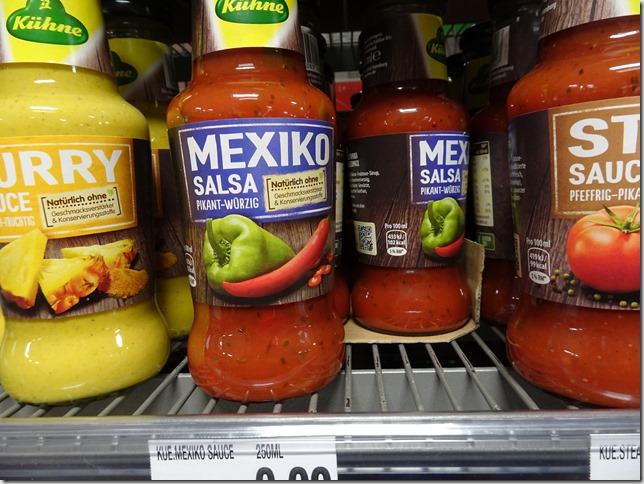 Salsa is taking over the world. 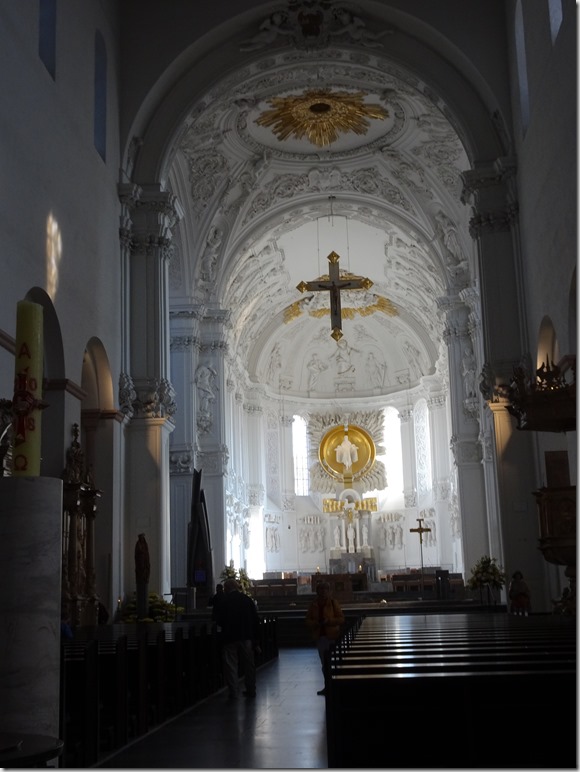 Where we were at noon. 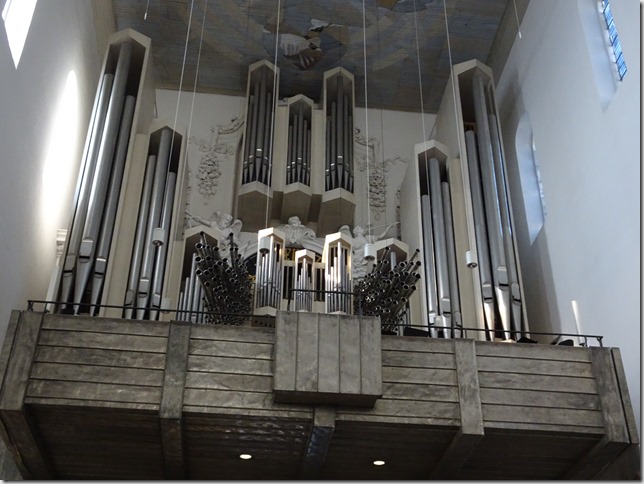 The pipe organ the noon concert was played on. It totally filled the church with sound. 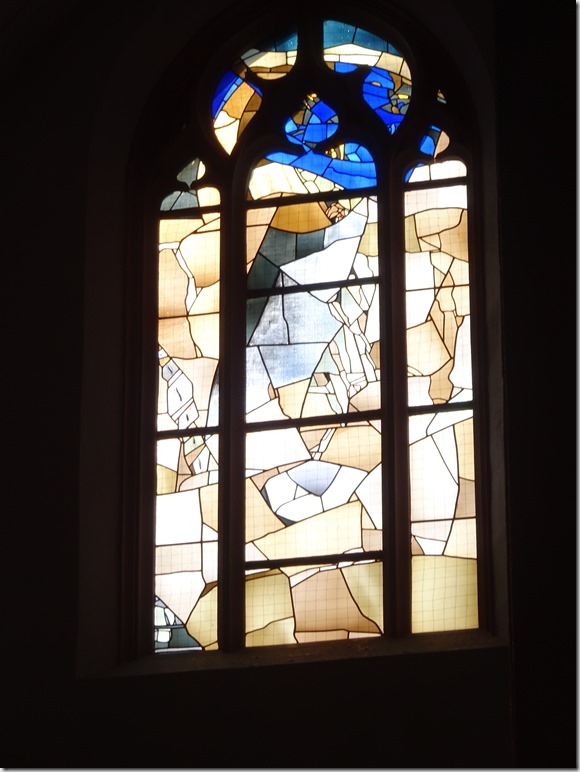 The war took care of all the beautiful stained glass windows in the churches. The replacements are a way of saying, never again. 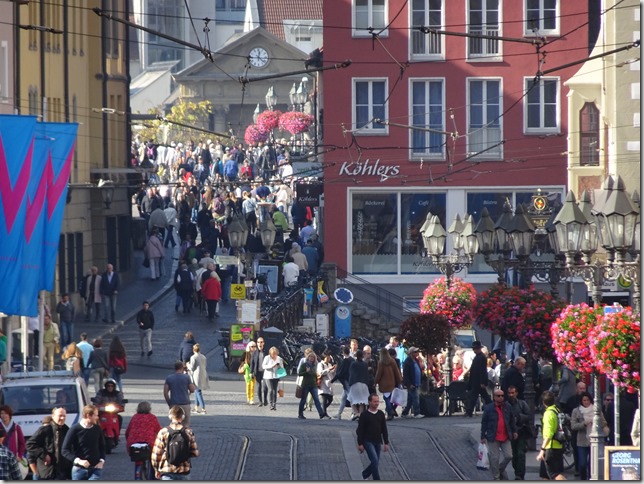 View down the street towards the bridge across the Main River. One of the things we really like about the towns in Germany are the pedestrian zones. 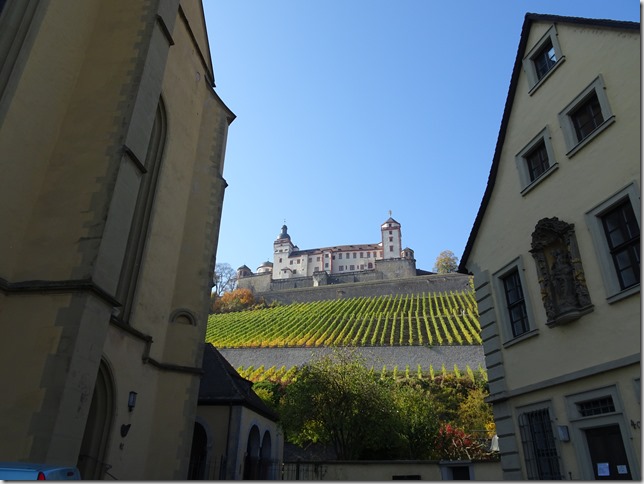 Looking up is as important as looking down to see where you are going. I do confess that Linda has grabbed me more than several times to keep me from walking out in front of traffic. Lucky Bob. 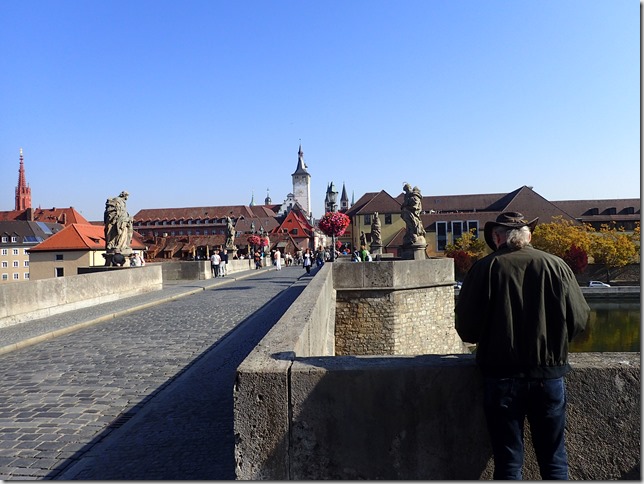 The bridge doesn’t always look like a mob scene. Just when the tourist buses and boats are here. The pleasure of staying in a town for a period of time. 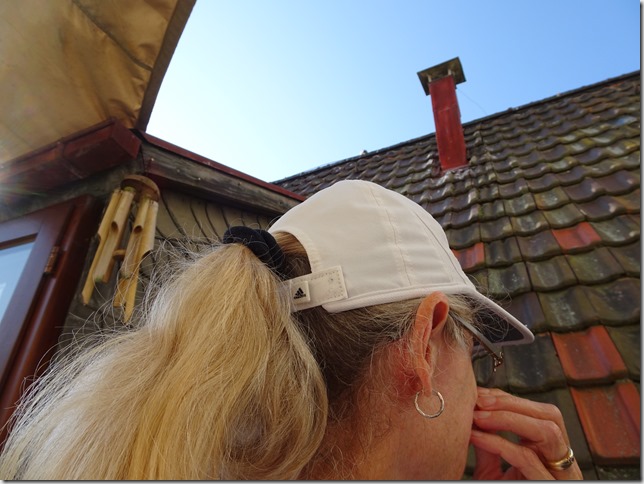 Linda living dangerously once again at the sight of her recent bird bombing. 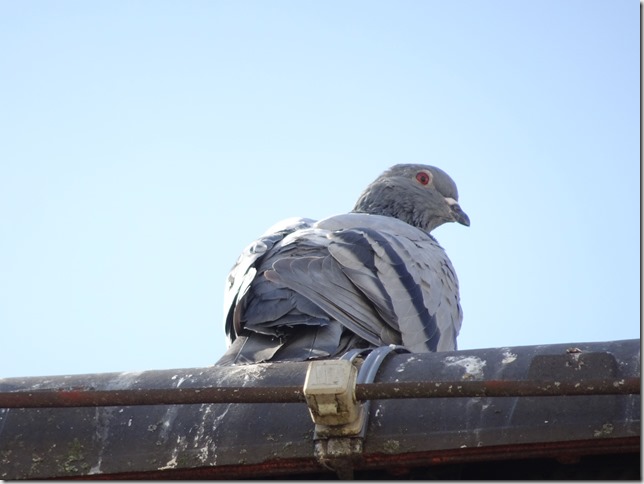 Look what was perched just above her with “sights set” and bomb bay aimed at her. 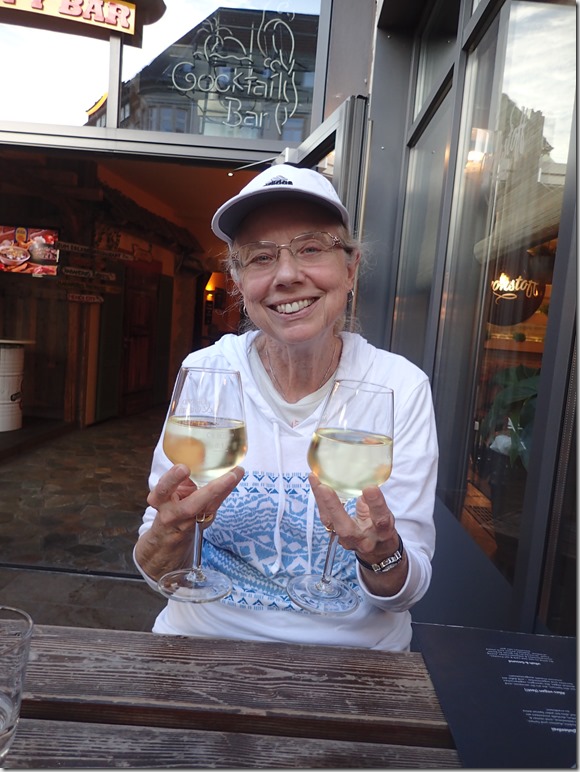 No day in Wurzburg is complete with the requisite glasses of Silvaner wine. Today was no exception. 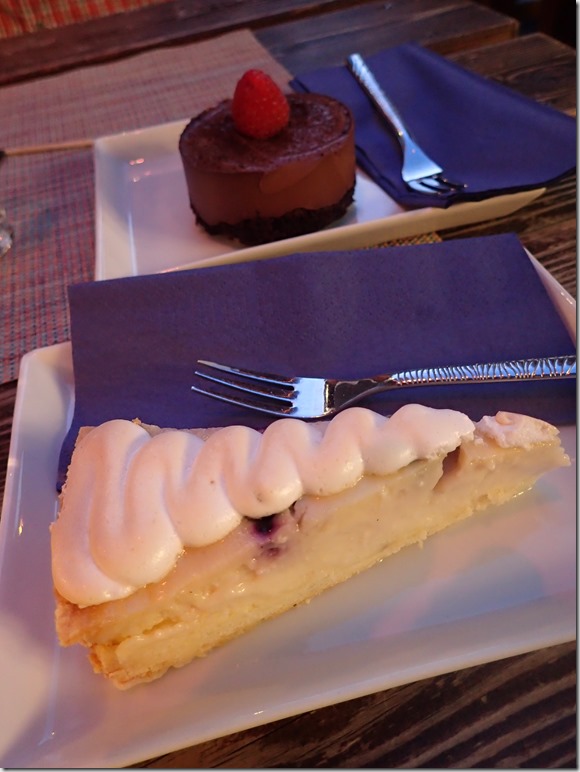 So what goes well with Silvaner? Even dessert! And so ends another awesome day.