This is our last day in Portsmouth as we leave this evening for foreign lands. It was 186 years, 4 months, and 8 days ago that my ancestors, the Tow family left this same port city for a foreign land, in their case the United States. All throughout the day Linda and I kept remarking, I wonder what they were doing on their last day in Portsmouth. Call it genealogy, family history or something else, it is mentally reliving history. A genealogist dream come true. 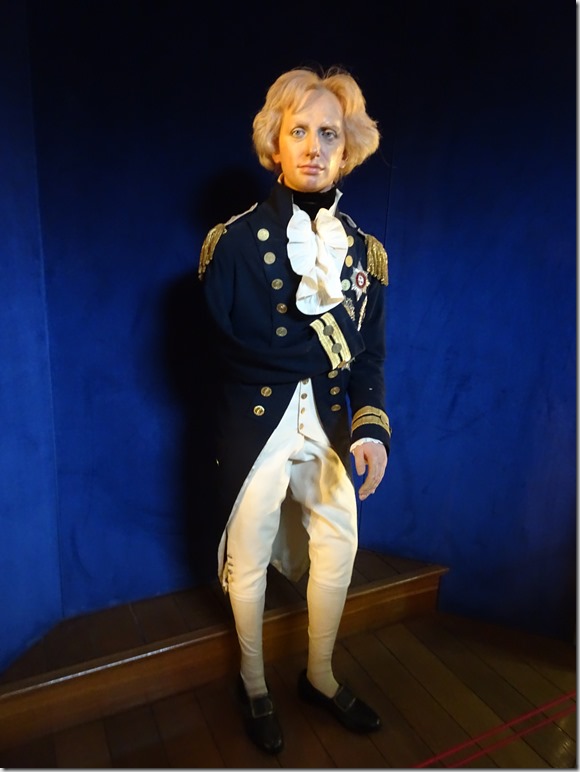 Today was another full day spent at the dockyards. And who should we met shortly after entering the Museum of the Royal Navy? None other than a wax likeness of Admiral Horatio Nelson. Supposedly this is the best rendition of what he actually looked like ever created. It seems as if where ever we go, the three words, Navy, Trafalgar, Nelson are as if one. 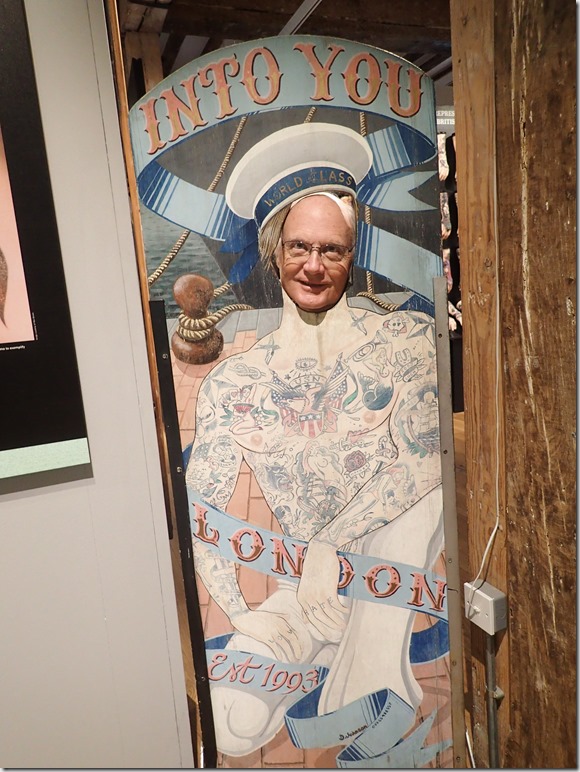 Tattoos and navy seem to go hand in hand. Could one of my English relatives looked like this? 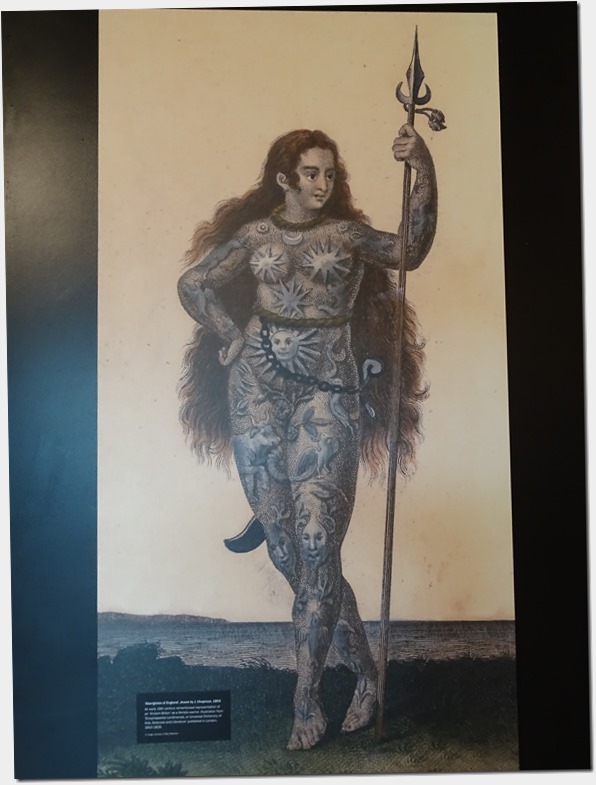 An early 19th century romanticized representation of an”Ancient Briton” as a female warrior. 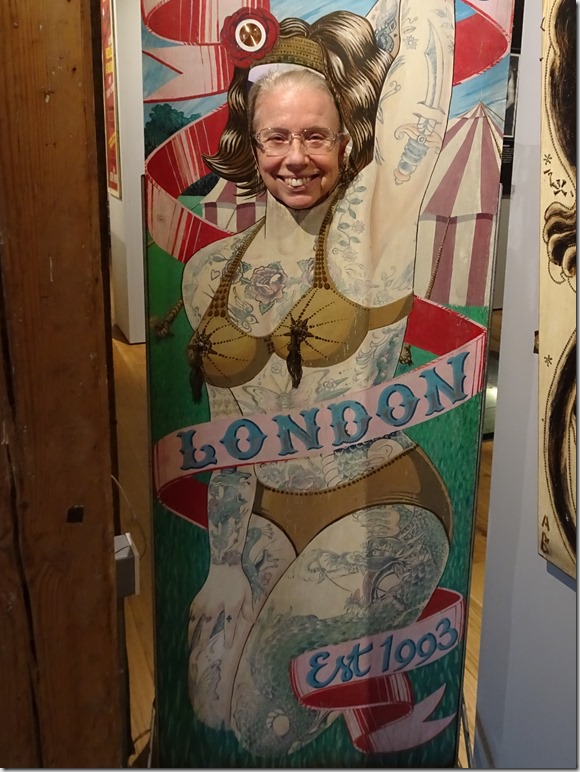 These signs are found all over the museum. When we finally got to the Trafalgar Sail I was confused as to what we were seeing. I’d thought it was some video presentation about the British Fleet sailing to Trafalgar before the battle. There was this huge room with a tan floor and black sections. There was also video presentation. about the battle. Then the lights came up and it was explained this was the actual top sail from the Victory that had been damaged during the battle, exhibited, then put away to be rediscovered during our lifetime. No photos were allowed. But in a way, having not known what it was made it even more impressive to me. Surprised Bob (which is better than Dumb Bob). 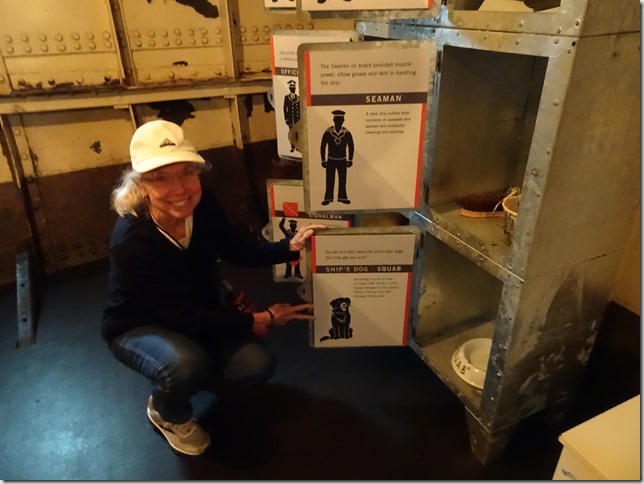 A visit onboard the WW I vessel, M33. Linda knew what she liked best. 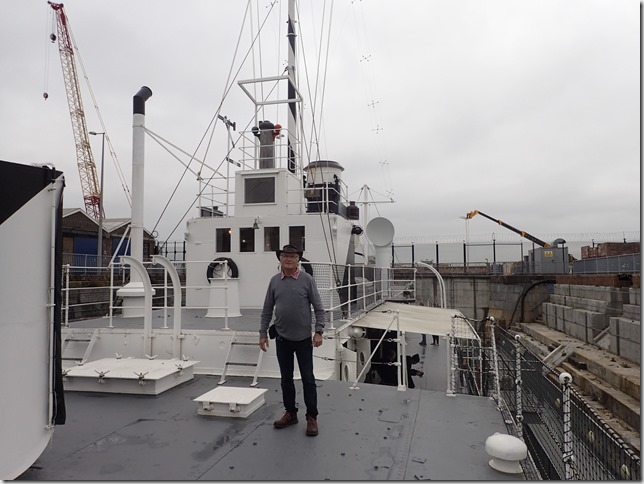 On deck, but the real story is my footwear. I must confess to having worn my Teva's over, but since then it was only been my Merrill's, the ones I brought along to wear when the weather turned cold at the end of October and early November. So much for that thinking, besides they are incredibly comfortable. Doing as the British do, Bob. 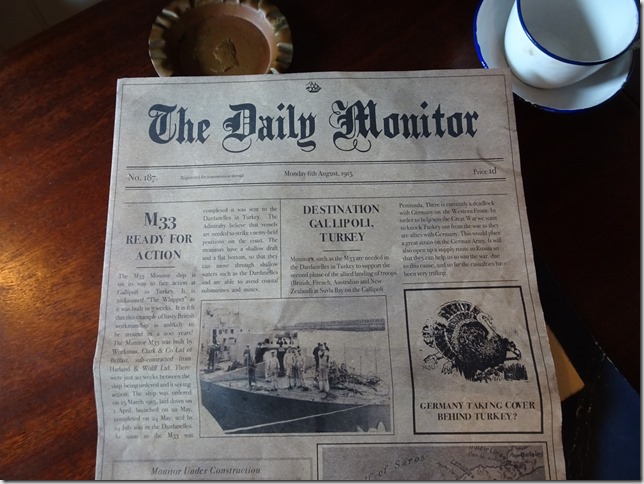 Newspaper article about the M33. It was known as the Lucky Ship because everyone in its crew came home safe from the war even though it had an active place in the disastrous Gallipoli campaign. 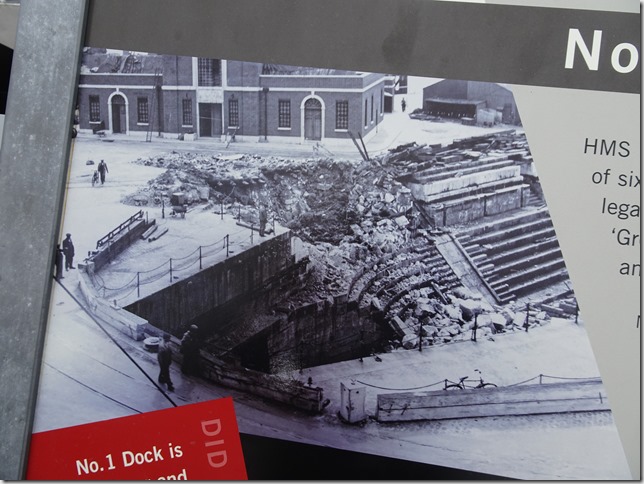 Damage to a drydock from a German bomb during WW II. 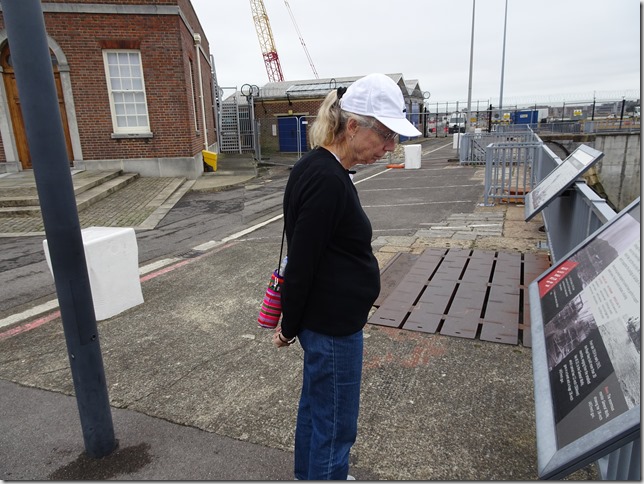 Linda reading the above marker at the spot where the bomb struck. History made real. 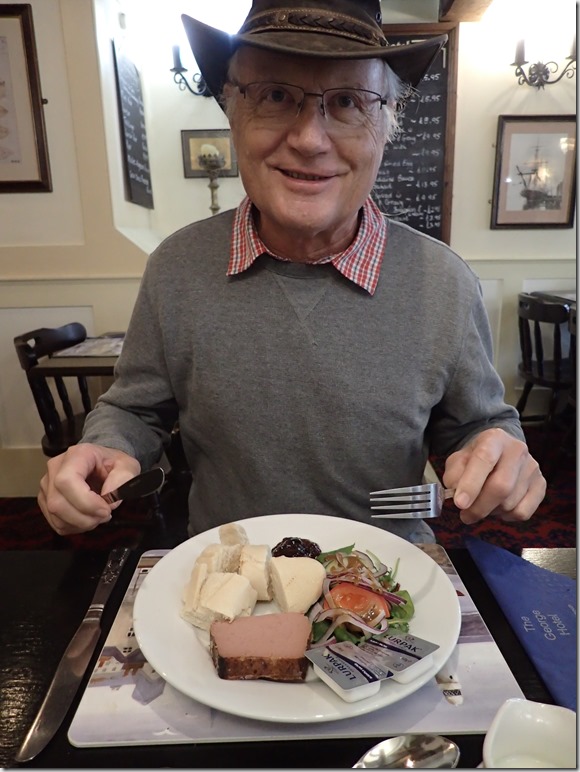 Lunch at the George. Just like last night, another plate of pate. I tell Linda I hardly ever get to eat, so I order it when I can. Don’t tell her but I’m trying to get warmed up for our time in France when I can hopefully have it many times. Bad Bob. 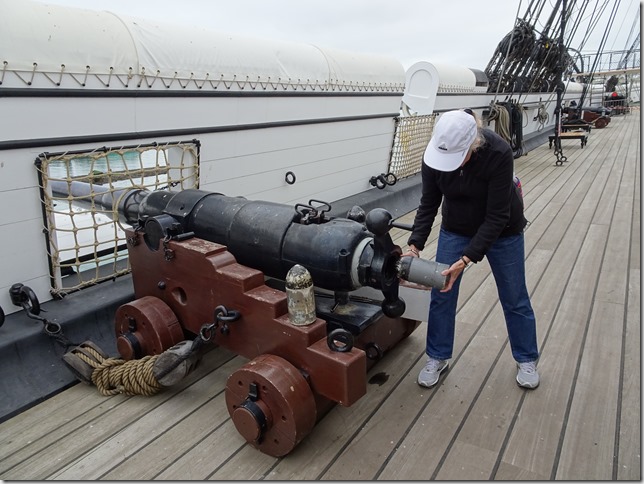 Linda on board the Warrior. I thought I heard her muttering something about liking to do this to Bob the next time he steps out of line. Best Behaving Bob. 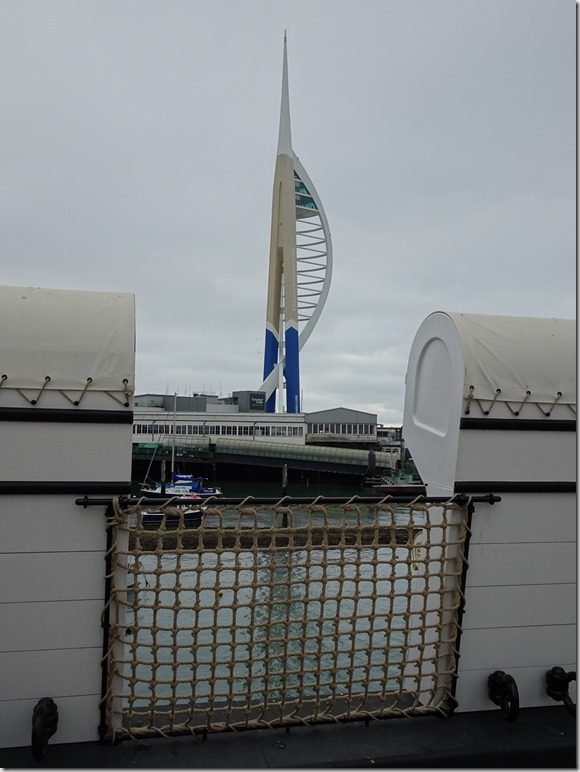 Being on my best behavior, when she told me to take a photo of the Spinnaker Tower I did as told. Just to make sure I don’t find myself stuffed into a deck gun, I'll also post it. Smart and Healthy Bob. 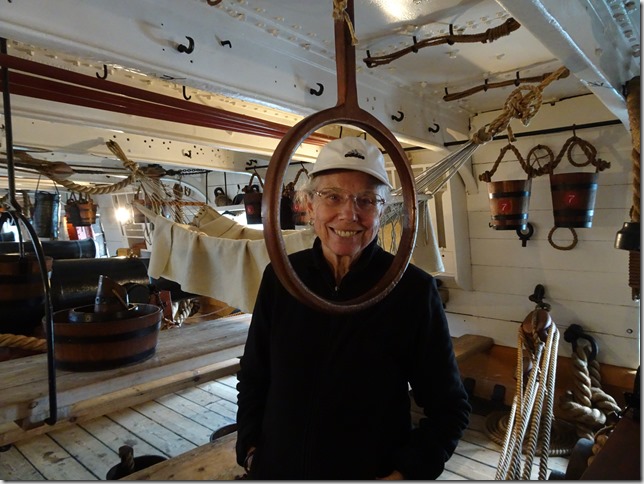 It’s not a picture frame, but Linda knew exactly what it was. 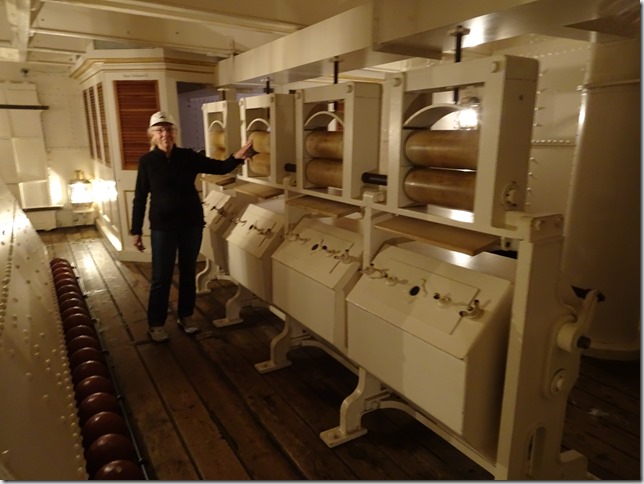 Ship’s laundry. Everything was powered. By sailors turning the hand cranks. The what is it in the previous photo – a rolled hammock sizer.It didn’t fit through it, you rerolled it. 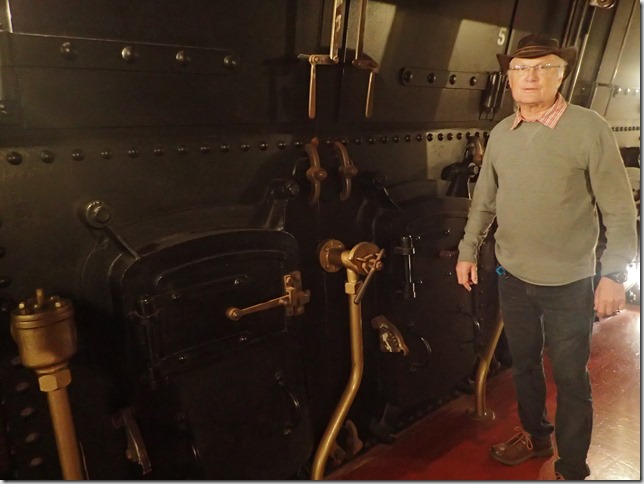 Another of those, stand over there so I can take your photo deals. Down where the stokers worked, 48 fire boxes. I can’t imagine what it was like down here in the middle of the summer in the Mediterranean. 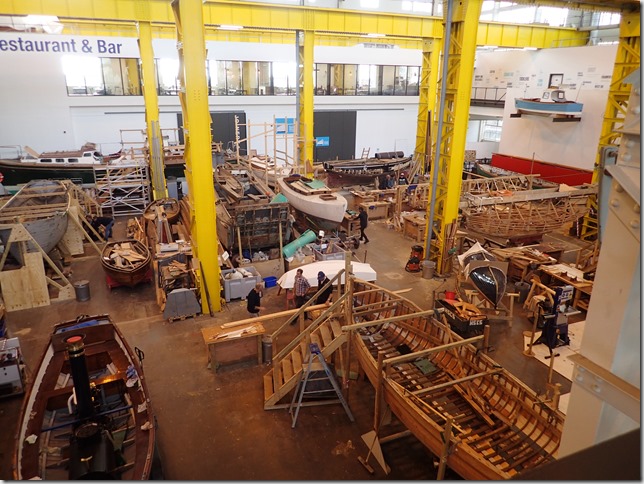 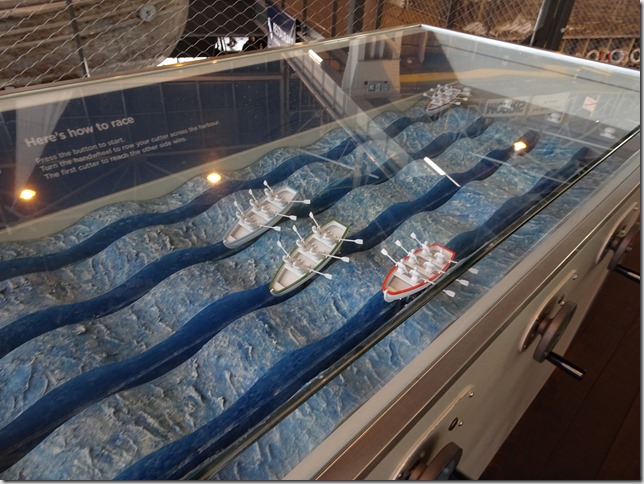 Game on. Fasted boat to the end wins. Linda in the green easily won, my orange came in last. Darn but she is good at all these games in the Dockyard. Maybe she had ancestors who also worked here?  Defeated Bob. 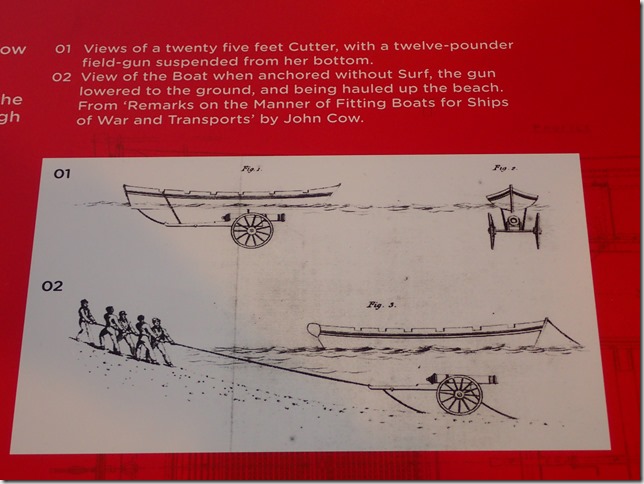 How to get cannon ashore from the ship.Rather ingenious I must say. 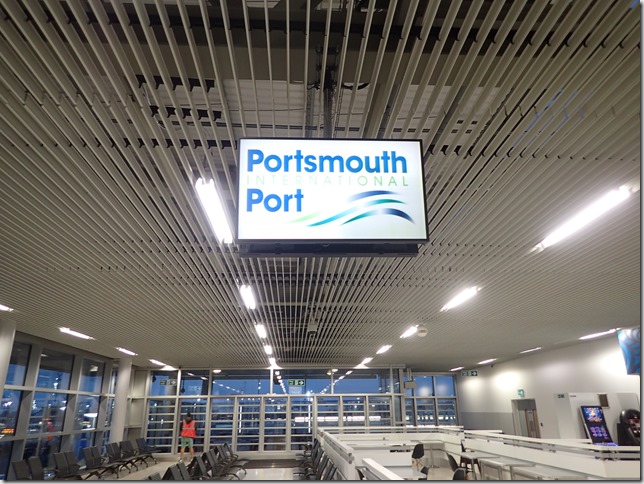 After a last pint and a G&T at the George it was time to leave. 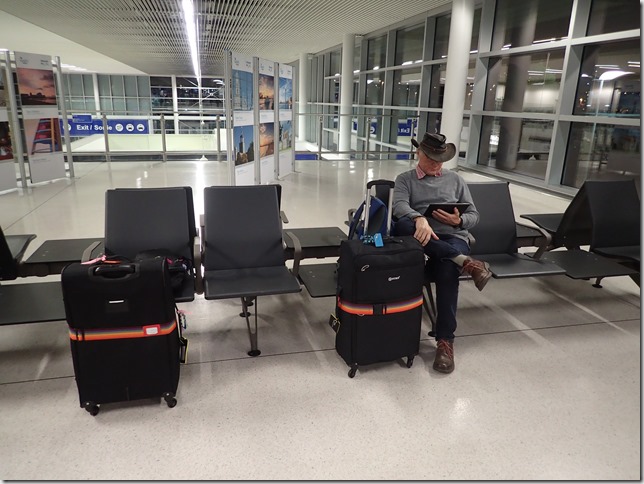 Waiting to leave. I wonder whether the Tow family had any time to relax just before they boarded the Hannibal to sail to America. 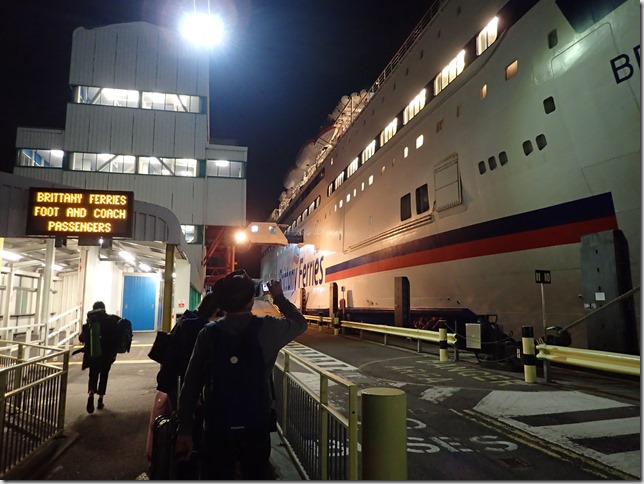 Yes, we are leaving Portsmouth the same way they did, just in a bit more luxurious manner and to a different destination. This is what I planned, this is my history come alive. It simply does not get better than this. As a genealogist I can not fathom those who have no interest in who came before them and how they got to where they are.I see it as the very essence of who we are. 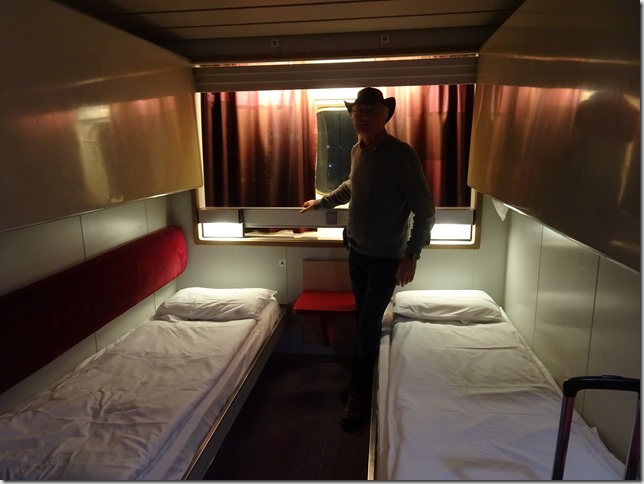 Could that be the ghost of my 4th great grandfather, Henry Tow, standing there? No way, they were stuffed down in steerage with all the other immigrants to America. But I’d like to think he’d be proud of his descendent reliving a moment of history. Linda knew I was distracted as we left port, my mind was in the distant past. 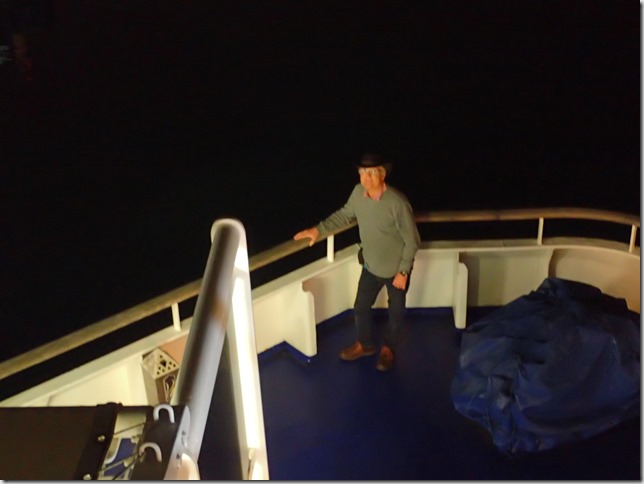 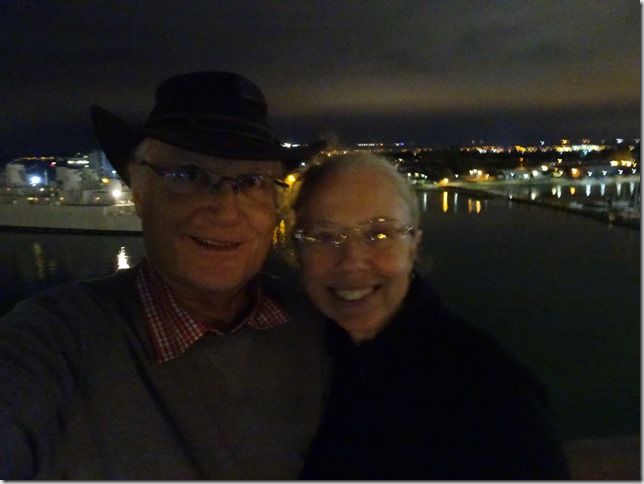 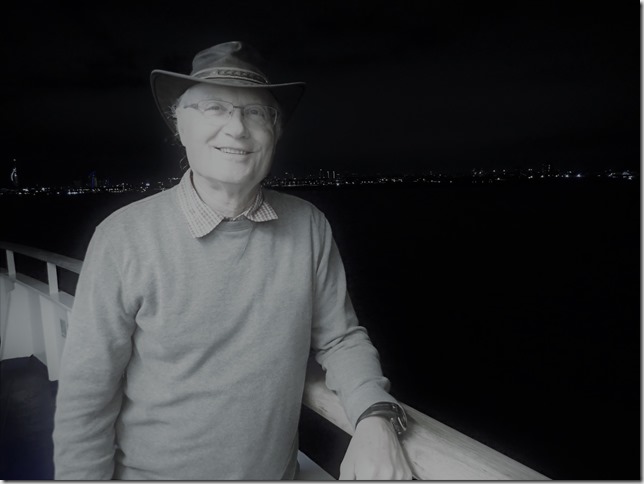 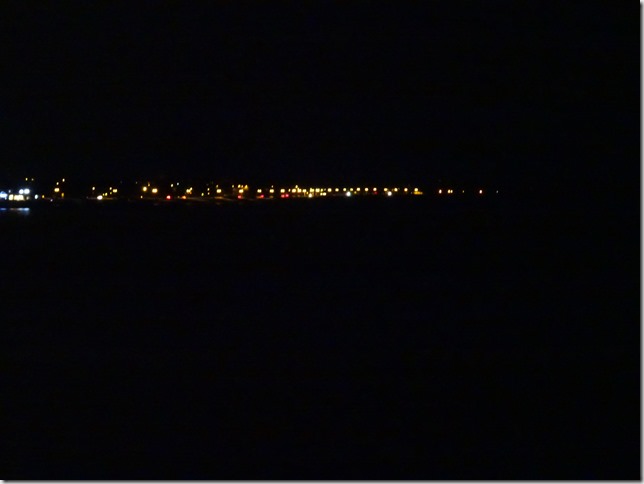 That last view of land at the southern end of Portsmouth. I wonder what time of day they left and what their last view was? Were they even on deck, what with five young daughters and an a pregnant wife? Who knows, maybe the old tide tables will give me a clue. 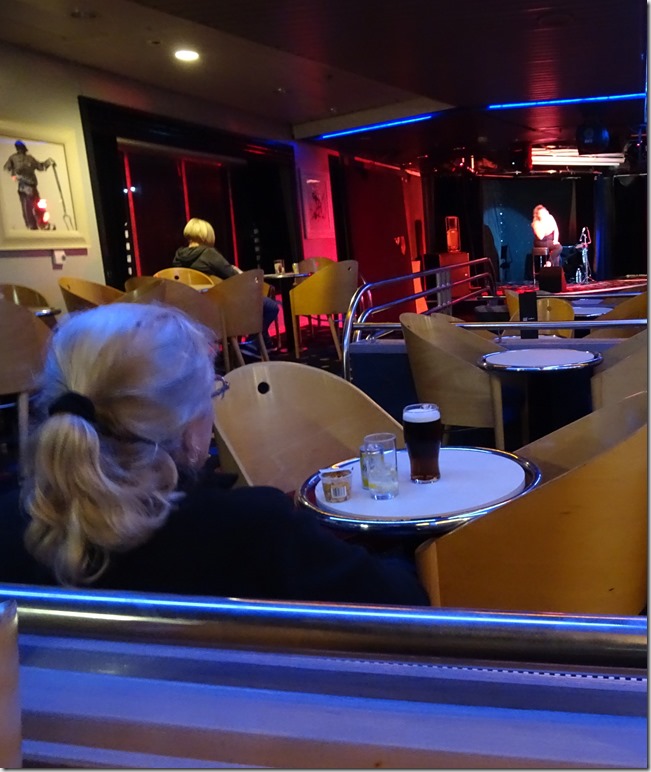 Relaxing in the lounge listening to the singer while enjoying a G&T and beer before retiring to our cabin. This has been the the most special of special times for me. And as you might guess, much of this post post was written by me for me and the Tow’s. Blessed Bob.
Posted by Bob and Linda at 3:20 PM