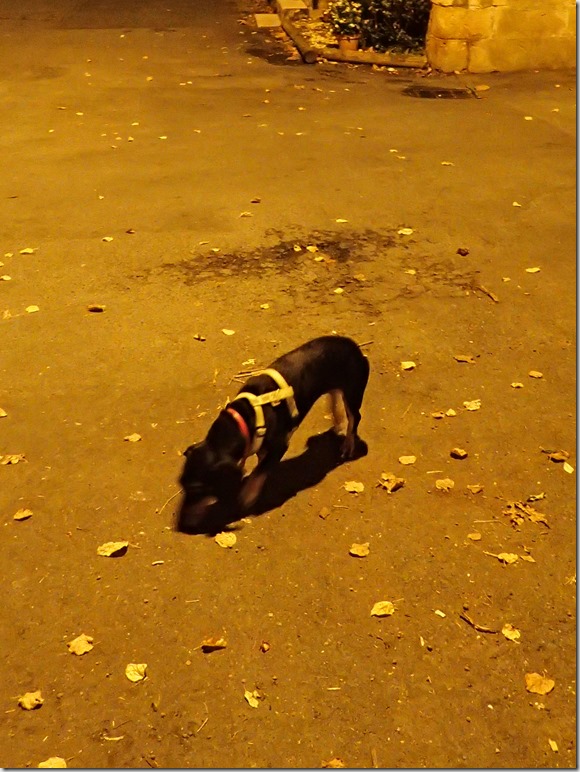 We weren’t the only ones up early this morning. 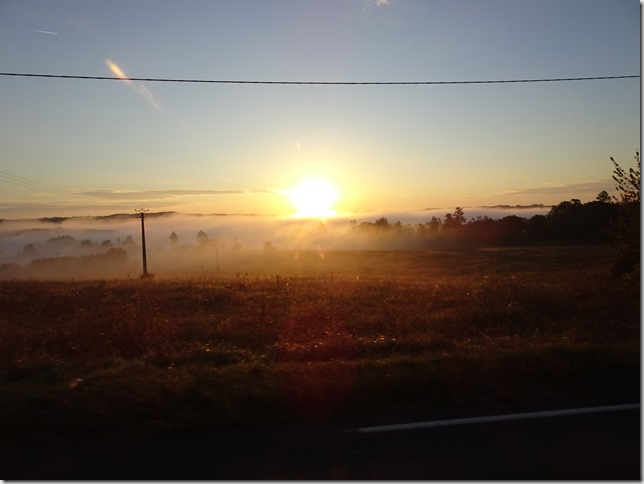 One advantage of the bus leaving before the sun is up is that when the sun does come up you have some great views. 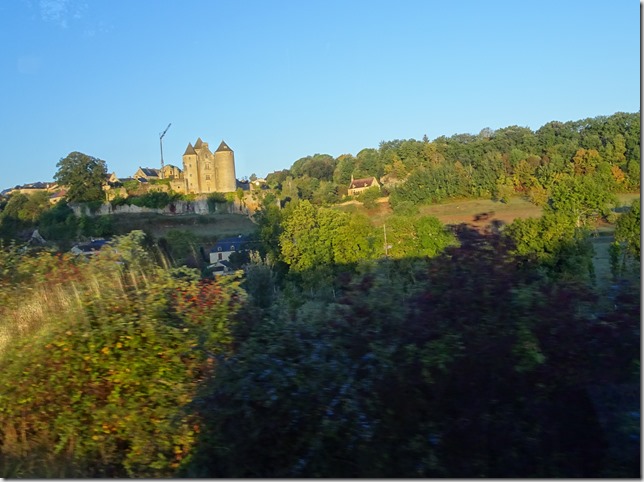 There are enough castles that the names never stick. Baffled Bob. 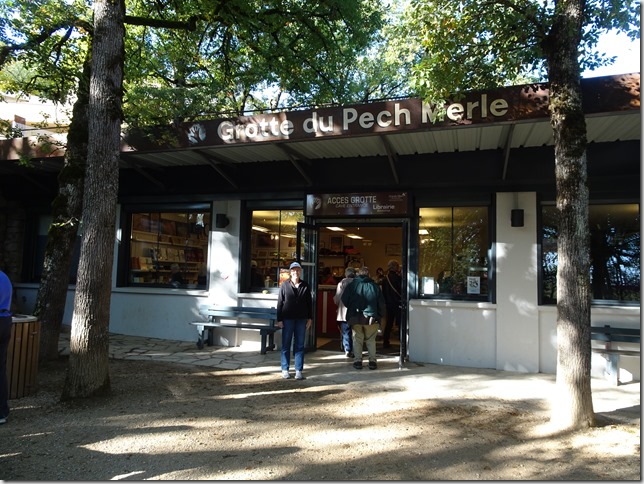 Pech Merle, here the cave art is mostly from 26,000 years ago. As with all the caves, the number of visitors and the duration of the visit is very strictly controlled. 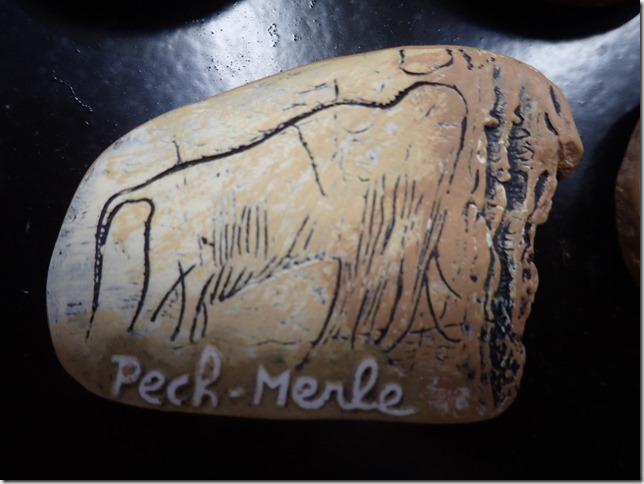 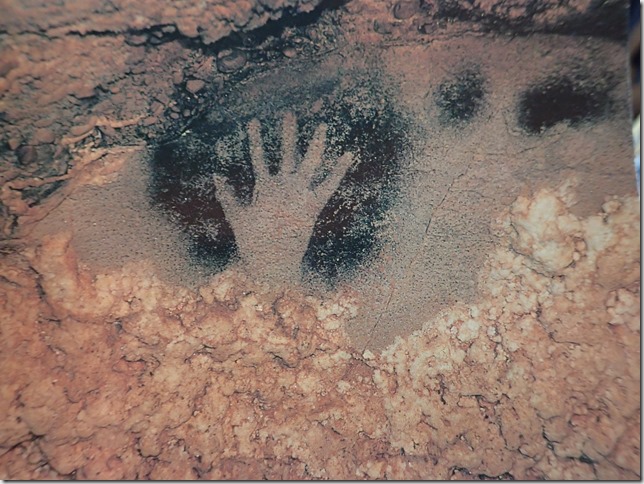 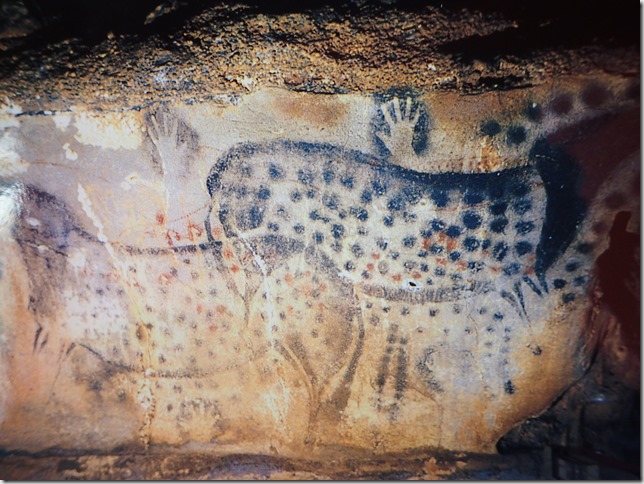 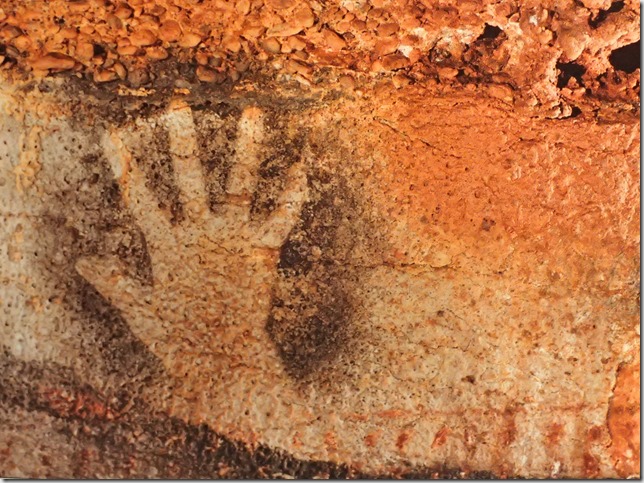 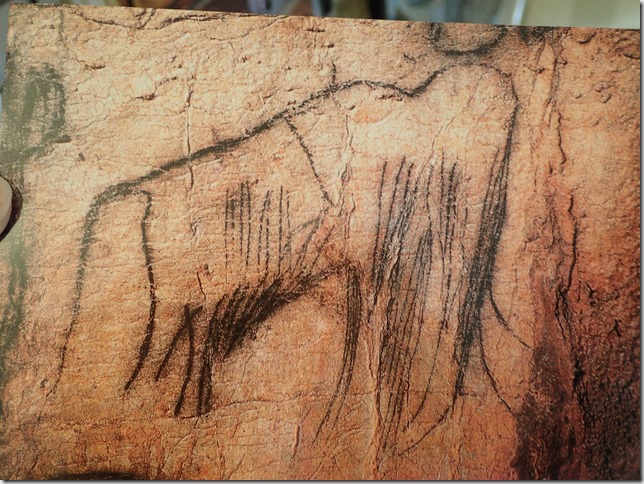 Postcard photos courtesy of Linda. The spotted horse and hands were even better in the cave. The mammoth is especially life like. This was a period of extreme cold, so the long hair of the mammoth is shown to be just as it was at the time. The type of terrain where the caves can be found. 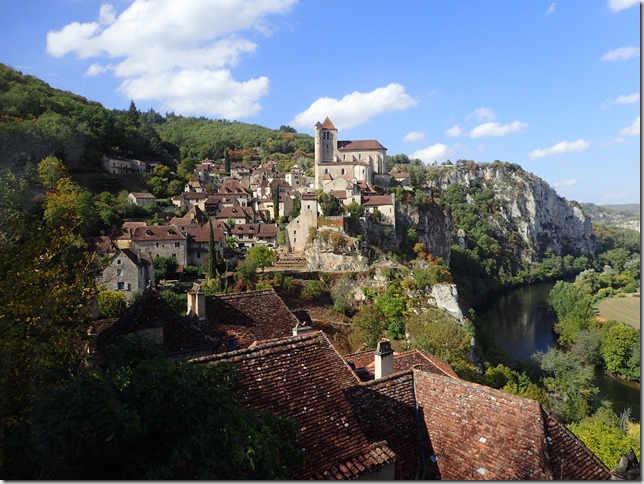 The type of terrain where modern man is found. The name of the town is St. Cirq Lapopie. All the streets in this town seemed to run in one of two directions. Either up or down, with down being the prevailing direction. I think that is why Linda chose to eat very near where the bus left us off. Smart Linda. 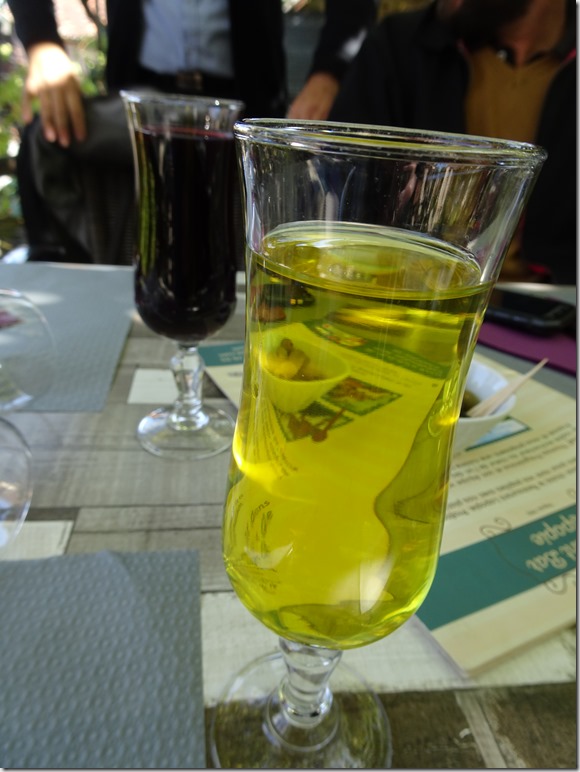 This area is known for its saffron. Naturally we had the local drink which contained, you guessed it, saffron. 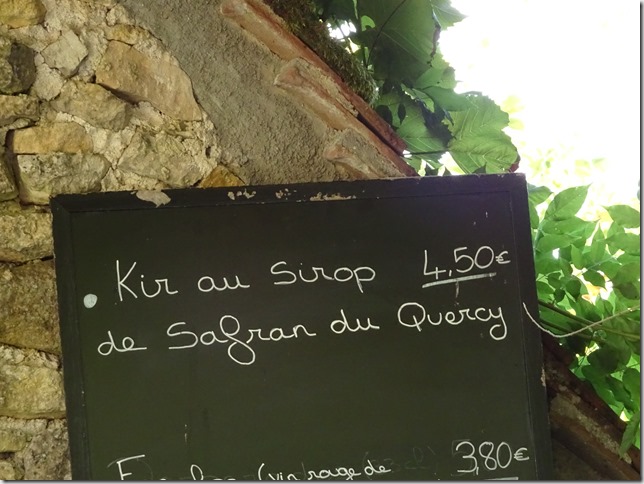 In case you want to know what was in it. I’ve never understood why people travel then order only what they could get at home. We generally try to have the specialty of the area, with occasionally having something from home. (But never American beer which is crap compared to what you get elsewhere in the world with the few and far between exceptions, Vietnam’s daily fresh beer being one of the exceptions. It’s so bad it makes bad beer taste good in comparison.) 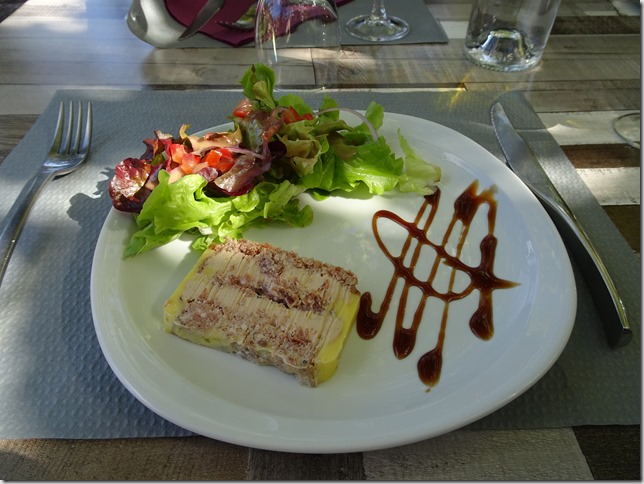 Speaking of tastes bad, foie gras, tastes great to me. Linda on the other hand begins to turn green at the sight and smell of it. One of my last opportunities to have it and I wasn’t going to pass it up. 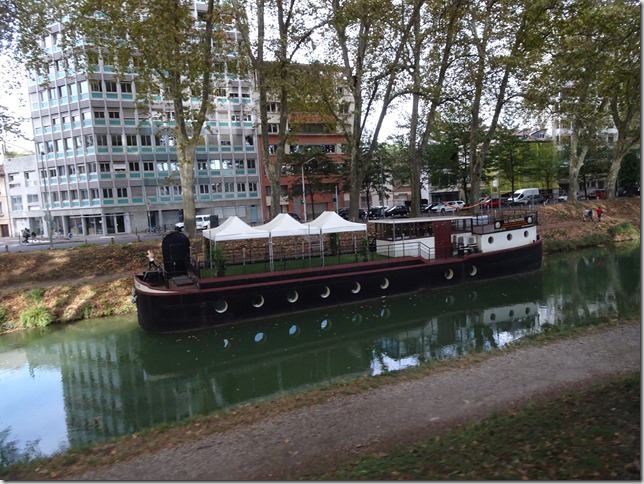 Toulouse, we were here a number of years ago. Hey, don’t laugh, there really are some places we haven’t ever been to, but we’re working on going there. Such a big world, so little time. 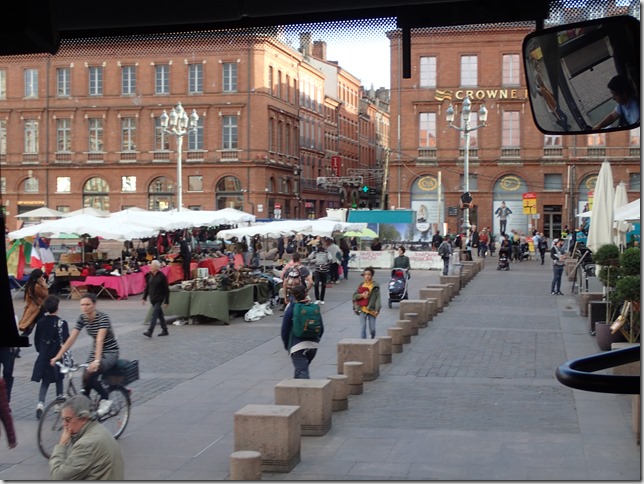 The route the bus drove down to get us to our hotel. 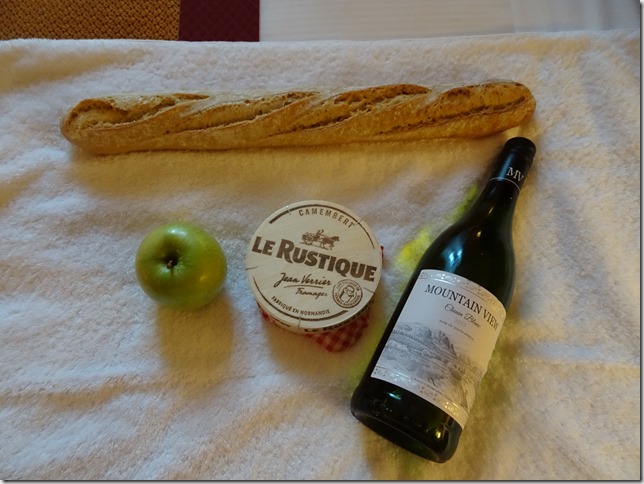 Long day, big meal at lunch, a visit to Super Marche down the street, once we found which street it was on that is. We weren’t lost, we just weren’t sure where we were going, or where we had come from. What’s life without a little adventure anyway. We never did eat the apple, but the bottle of wine was consumed. Some days are like that.